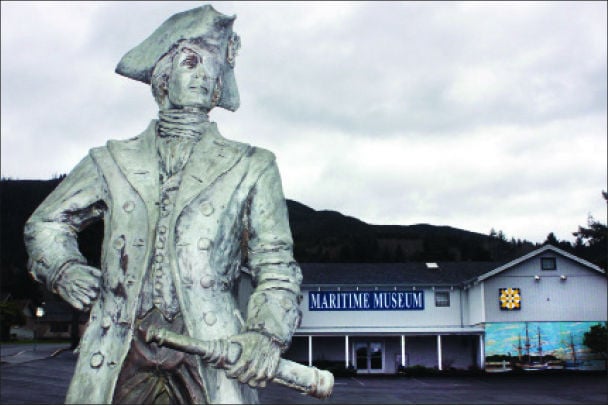 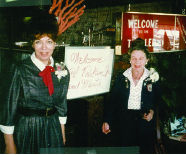 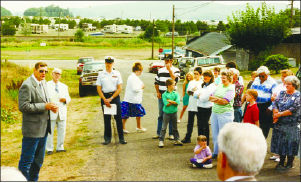 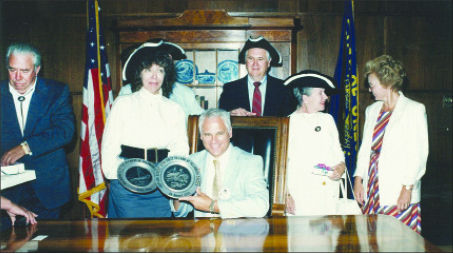 A former farm girl from Mt. Angel in the Willamette Valley is trying to make sure decades of local history will be anchored to the Garibaldi Maritime Museum.

Lorraine Vandecouvering has been living in Tillamook County for most of her life.

But she and her family have left their biggest mark in Garibaldi.

She has been an owner or partner in businesses along the town’s marina and waterfront area for many years.

The family was also involved with much of Garibaldi’s recent history, including the creation of the museum to highlight the community’s nautical history all the way back to when Captain Robert Gray discovered Tillamook Bay in 1788. It was the voyages by Gray that helped establish the American claim to the Pacific Northwest states of Oregon, Washington, Idaho, Montana and part of Wyoming. He would continue across the Pacific Ocean and back to the Atlantic to become the first American to circumnavigate the globe in 1790. He was also credited with opening trade along the Pacific Rim.

The Vandecouvering family has owned or shared the ownership in a small fleet of fishing or charter boats along with local restaurants and a charter business in Garibaldi for decades.

One of the biggest things Lorraine recalls doing in Garibaldi is working with people to get the Garibaldi Maritime Museum located and built many years ago.

It was just one of the many fingerprints she has left on the community.

Along the way, she managed to hold onto hundreds of old papers, documents and photos. Among them are letters written to Charles Parkin, the executive director to the Garibaldi Museum during its formative years.

But she feels one of the biggest marks she is leaving on the community is the large “G” on the hillside above the town. She was one of the community leaders who worked to have the mountain named for the first American sailor to visit Tillamook Bay.

“It came to my attention the mountain overlooking the harbor was nameless. It already had the big ‘G’ – for Garibaldi High School and the grade school,” she said. The high school closed in 1954 with the opening of Neah-Kah-Nie High School in Rockaway Beach.

So Vandecouvering and other members of the community wrote to the National Geographic Names Board and the Oregon Historical Society to have the mountain named.

Soon, the ‘G’ had an official name – Captain Gray Mountain.

It became official in 1988 when then-Gov. Neil Goldschmidt signed a state-wide proclamation that celebrated the official naming of the 1,428-foot mountain on Captain Gray Mountain Day (Aug. 13).

One of the many photos she has is when Gov. Goldschmidt signed the proclamation in his office surrounded by Larry Vandecouvering, Marty Parkin, Secretary of State Barbara Roberts, Charles Parkin Jr. and Jerry Creasy.

Those are the memories and some of her memorabilia she hopes will soon be housed in the Garibaldi Museum as part of its local history.

It was a building that holds a special place for the family matriarch. The Garibaldi Museum got a healthy start from her egg money, Vandecoevering said.

As she explained when it had its fifth anniversary in 2008, she spotted a site for building the museum. “For the urgency of time, I ran off to Portland with my egg money. If the executive director disapproved, I would keep it for myself because it was a great location.”

With that, the museum had a home on Garibaldi Avenue.

The museum has also worked to have a distinctive look, with special Bicentennial Plates to celebrate the 200th anniversary of Gray’s arrival in 1788. They have used the sale of commemorative brick and fish fries to help round up the money to make the museum a reality.

Only 50 of the aluminum plates were made and were sold to help fund a historical pageant for the bicentennial celebration.

For Parkin, a retired Air Force officer living on the East Coast, Garibaldi became a home away from home. “We reserved a home for him in Garibaldi for three moths every summer,” Vandecouvering recalled. Parkin started a push to have the captain recognized also by the U.S. Postal Service with a special bicentennial commemorative stamp. It didn’t succeed, but the effort was an attempt to publicize and focus on Gray’s impact on the Pacific Northwest and his achievements as an American sailor.

Parkin researched a book on Gray, which brought him to Garibaldi and started his work to create a museum in the community.

It soon became a major project for the local residents, Vandecouvering said.

The museum helped her with a busy lifestyle. “All my spare time was working on museum projects,” she added.

That was when she wasn’t working at the family restaurant or in the charter business.

Vandecouvering and her husband, Larry, first moved into the fishing industry locally after he had become the manager at the Tillamook Farmers Co-Op in the 1950s.

But, the call of the sea proved to be too strong for her husband.

Eventually, he bought a salmon troller. “He was drawn to the waterfront,” Lorraine said. “He off-loaded tons of chinook and silvers at Hayes in Bay City. The bay was deep enough then so the boats could run all the way into Tillamook.”

The waterfront in Garibaldi became the family home in many ways, with the family moving to Garibaldi in 1960.

Although Lorraine originally was crewing for her husband to help pay for the boat in one year, her ties moved ashore for most of their time in Garibaldi.

The Troller Café drew so much business that it to be razed and rebuilt. “The little old Troller Cafe got so crowded that fishermen would take their Hangtown omelets out to eat in their pickups. Many a coffee mug made a one-way trip,” she said.

They ended up burning down the old Troller Café in the mid-1970s to be replaced by a larger Troller Restaurant and Charters. “I drew the perimeter precisely on the property line leased from the port,” she recalled wanting to make it as large as possible. “It had to be functional to handle the crowds. We had the charter office right in the restaurant. I could look right outside and see all the boats right in the harbor. That was convenient.”

She remembers when the port at Garibaldi was really busy. She’d love to see it happen again.

The bay may have to be dredged to bring the fishing fleet back to Garibaldi, Vandecouvering added.

Success Stories: Bring your event to Rockaway Beach in style

Tillamook County is home to the first (and only) permanent hazardous waste collection facility on the Oregon Coast. At this facility, located …

The minute you step into John Gladson’s Ring of Fire in Rocka¬way Beach right off Hwy 101, you can’t help but become energized. You also be¬co…