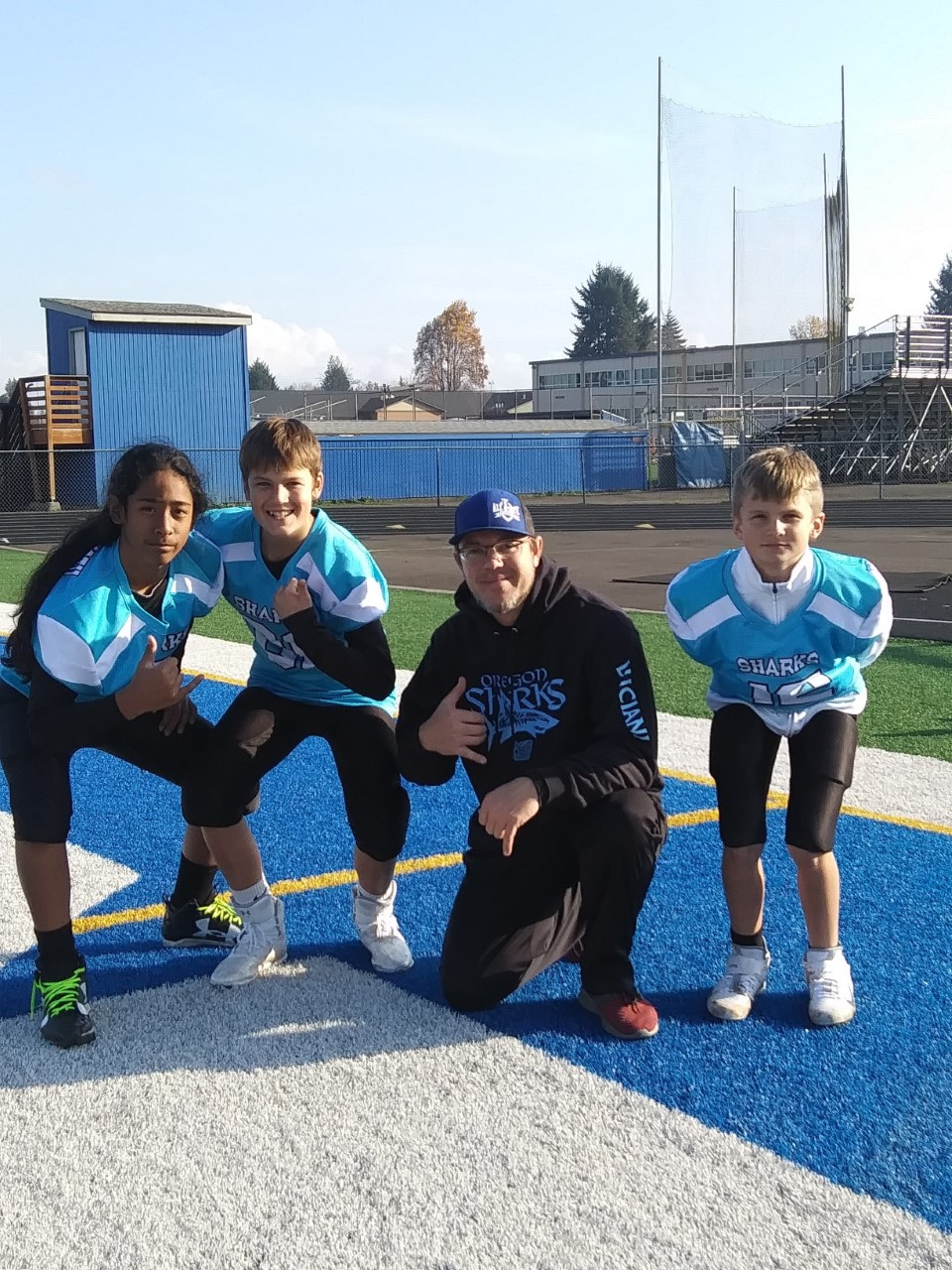 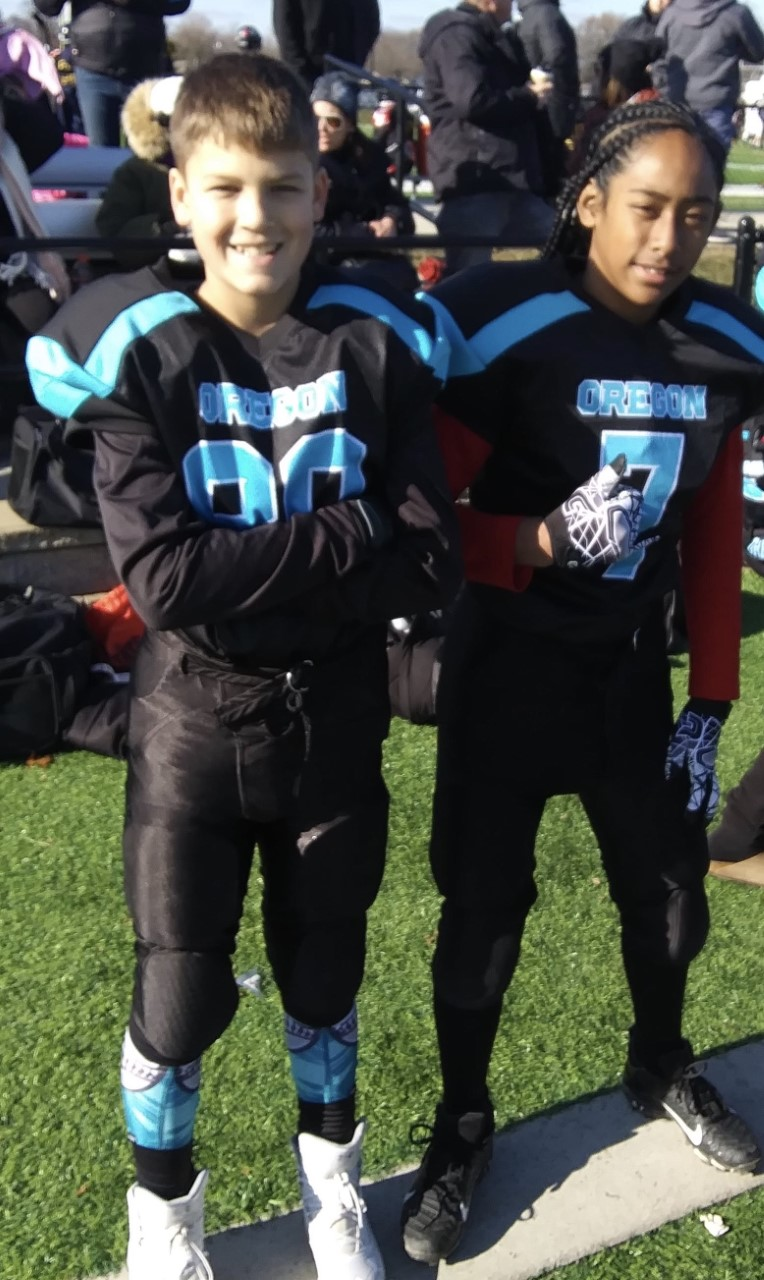 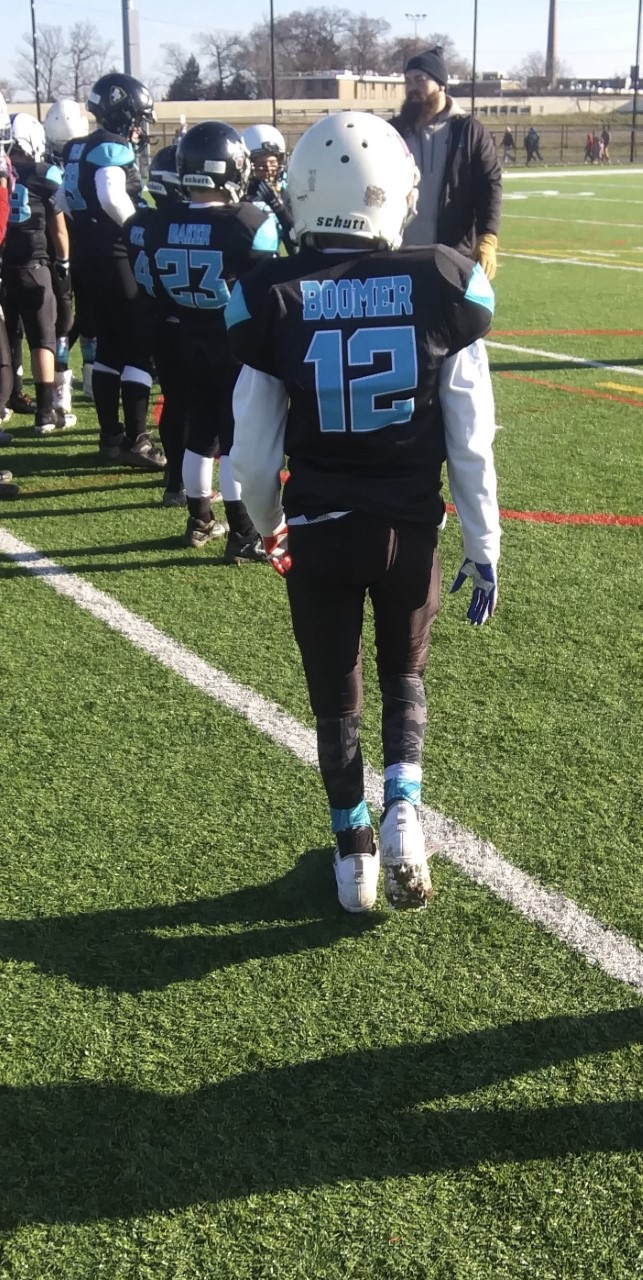 Three Tillamook Junior High student athletes had the opportunity to travel the Mecca of football in Canton, Ohio to represent Oregon in the NFL Hall of Fame Youth Tournament. The three boys (Seth Glaster, Mathias Tuiolemotu and Griffyn Boomer) attended tryouts at Rex Putnam High School in Milwaukie, as well as McKay High School in Salem.

The three athletes were selected out of about 300 kids that had tried out, said Tillamook Junior High Football Coach Joshua Luciani. All three boys played on the sixth-grade team, while Luciani had the opportunity to run the offense for the eighth-grade team.

“We had a lot of Tillamook football players tryout for the all-star squad,” Luciani said. “For those that didn’t make the cut this time around, they are encouraged to keep fine tuning their skills and continue to tryout for our other teams. I think the players that didn’t make the team learned a lot from this experience and will be better for it in the upcoming seasons.”

The team name was the Oregon Sharks and was put together with players from across the state of Oregon. They had tryouts as far as Medford, Luciani said. They had a combined fifth and sixth grade team, as well as seventh and eight grade teams. The two younger teams finished in third place and the eighth-grade team finished in fourth.

“We got to play teams from all different parts of the country,” Luciani said. “It was really cool to see how we stacked up against teams from places like Kentucky, Boston, Connecticut and Utah.”

The organization that put the teams together was Islandboy Camp (IBC). Luciani said he loves being a part of the IBC family.

“We get awesome opportunities like this, but more importantly, get to teach kids that there is more to life than just football,” Luciani said. “We challenge our players to do something above and beyond for someone in the community, then they have to get up in front of teammates and speak about what they did.”

The players and coaches had the chance to visit the NFL Hall of Fame in the downtime between games. Motivational speaker Kyle Atkinson came out to a practice at McKay High School to speak with the players about overcoming adversity. Two-time super bowl champion and University of Oregon quarterback Dennis Dixon also came and spoke with the boys.

“I would like to thank all of the members of the community that supported our teams this year, not only for our IBC travel teams, but our junior high program,” Luciani said. “The Rodeo, Dr. Christopher Opdahl, Haltiner Heating & Sheet Metal, The Fern, Lot 101 Auto Sales, Kimmel True Value Hardware & Appliance, and Frank Hotels all made donations in getting our teams to Ohio, as well as support our junior high football program.

“We also would like to thank the Lovely’s family, the Werner family, the Walker family, and the Maciel family for the donations they made for the Ohio [trip],” Luciani said.

Next up for Tillamook Junior High football is their spring 7 on 7 league and tournaments. This is a great opportunity for players to come work at improving on the game of football with no tackling and limited contact. The team also has the All State Game coming up in June.

Closing the gaps: Grad rates up to all-time high in Oregon

Closing the gaps: Grad rates up to all-time high in Oregon