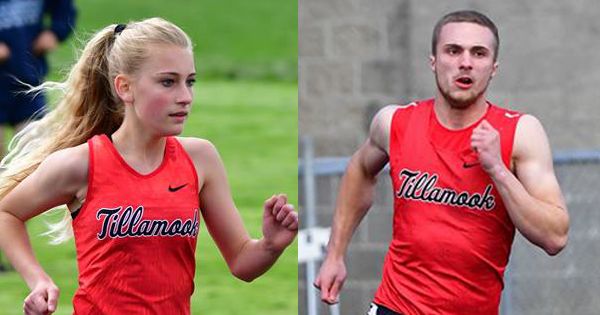 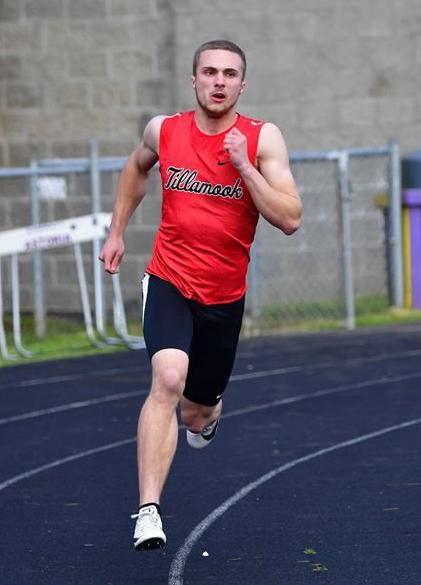 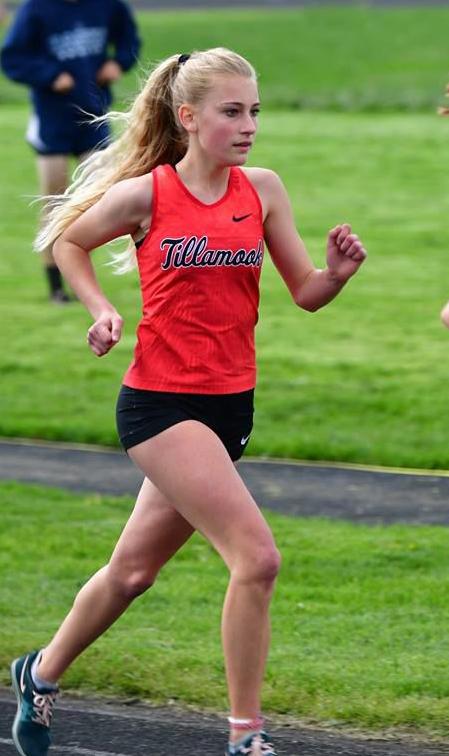 It was a busy week on the track for Tillamook High School last week with two meets to prepare them for a competitive upcoming weekend.

The week started out with a dual meet up the coast in Astoria on April 17. The Mooks then traveled out to Banks on April 20 to race against a few other Cowapa teams, including Astoria once again. Although Tillamook lost to the Fishermen at both meets in the team scores, head coach Patrick Zweifel said they aren’t very far off.

“We barely got beat in both the dual and the invite,” Zweifel said. “We lost 64 to 84 in the dual, but Zeke Coon, one of our premier sprinters, was sitting out. With him it would have been a toss up. I have a couple other surprises for the District meet that will make a real difference.”

Against the other Cowapa teams in Banks, Zweifel said the spread wasn’t too far off either.

“Coach David Fitting did a score analysis over the weekend for our boys and girls,” Zweifel said. “Our boys would have gotten third with a close score of Astoria 143, Banks 137, and Tillamook 121.  That is very close.”

Tillamook once again had a strong showing in the running events on both the boys and girls teams, as each won the track athlete of the meet in Banks. For the boys, Kaleb Boomer was the athlete of the meet for placing first in both the 100 and 200 meter sprints and being a part of both the second place 4x100 team and the first place 4x400 team. For the girls, Sarah Pullen took home the award for winning both the 800 and 1,500 meter races with a personal record (PR) of 5:11.10 in the 1,500.

The Mooks also had first place finishes from Carter Kunert in the boys 1,500 and Devon Franske in the boys 3,000 meter race. The resilient showing by the boys had Zweifel looking toward a possible run at the Cowapa title by the season’s end.

“I’m excited about the real possibility of Tillamook boys winning the Cowapa League for the first time since 1990,” Zweifel said. “We have a large battle in front of us and I’m very excited about how the kids are fighting hard.”

Zweifel said he was impressed with the work of his younger athletes during the week as many of the throwers recorded PR’s and made great strides toward improving. One of the highlights among many was the victory by Franske, who battled many upperclassmen as a freshmen and rising to the occasion.

“It was a hard fought battle to the finish and he outkicked an older competitor to win his first race,” Zweifel said. “He’s going to be a star before he leaves THS.”

The week was the last one for the Mook team to try out a few new events before they start to focus on what they will compete in at districts. And luckily for Zweifel, he found a pleasant surprise in junior Justis Hyde.

“He was fooling around at practice one day and unluckily for him I saw him go over a hurdle,” Zweifel joked. “His hurdle debut was in Astoria and after Saturday he now has the third fastest 300 meter hurdle time in the league.”

The team is steadily improving and will face even tougher competition this week when they travel to Stayton for the Twilight Meet on April 26. The large meet will feature 30 teams from all classifications. The competition will be strong, but Zweifel is expecting a lot from his athletes.

“I want to see how some of our premier athletes stack up against some of the best in the state,” Zweifel said. “This is the closest meet to the state meet as we’re going to get. We’re going for some really good PR’s.”