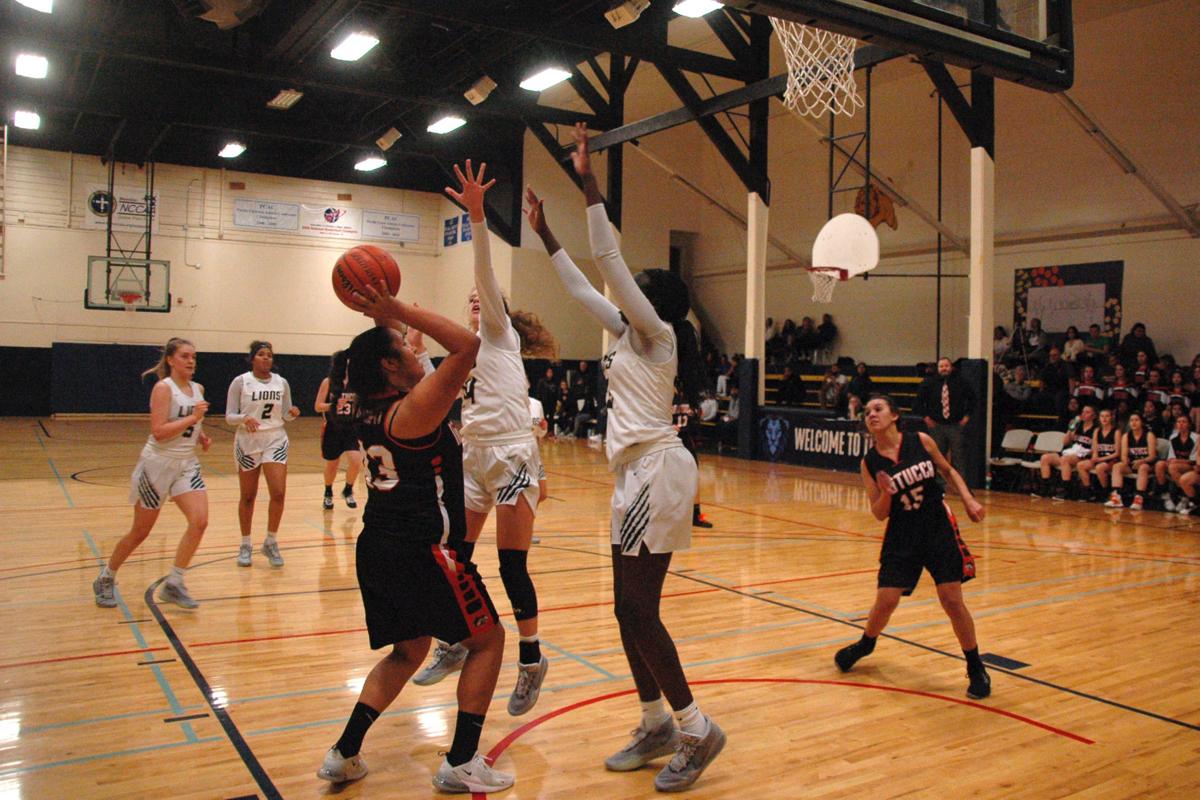 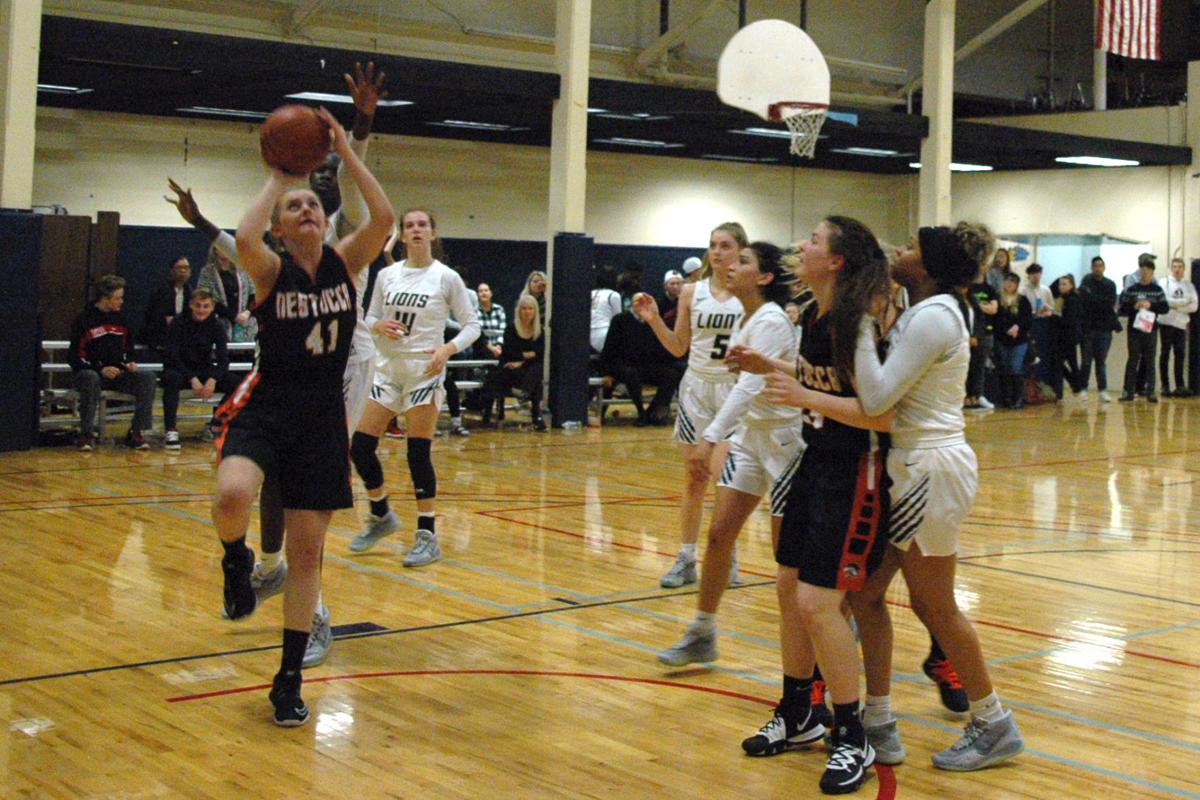 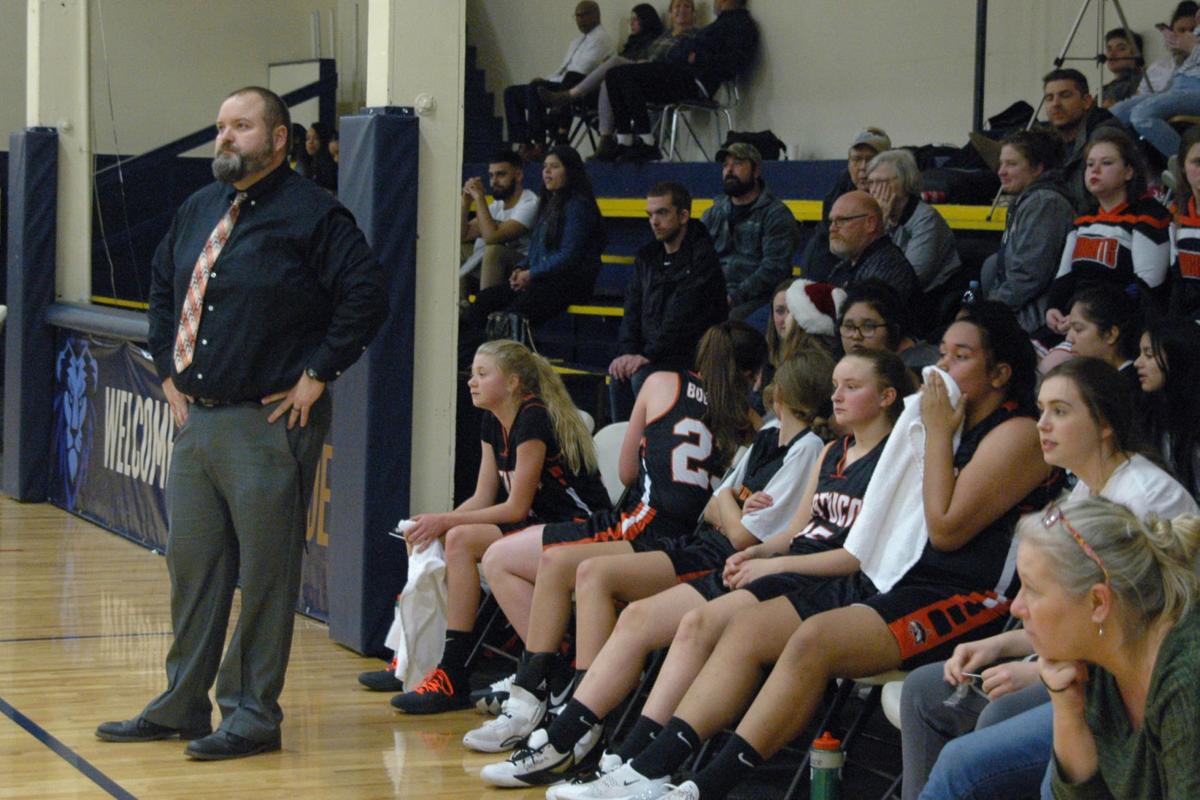 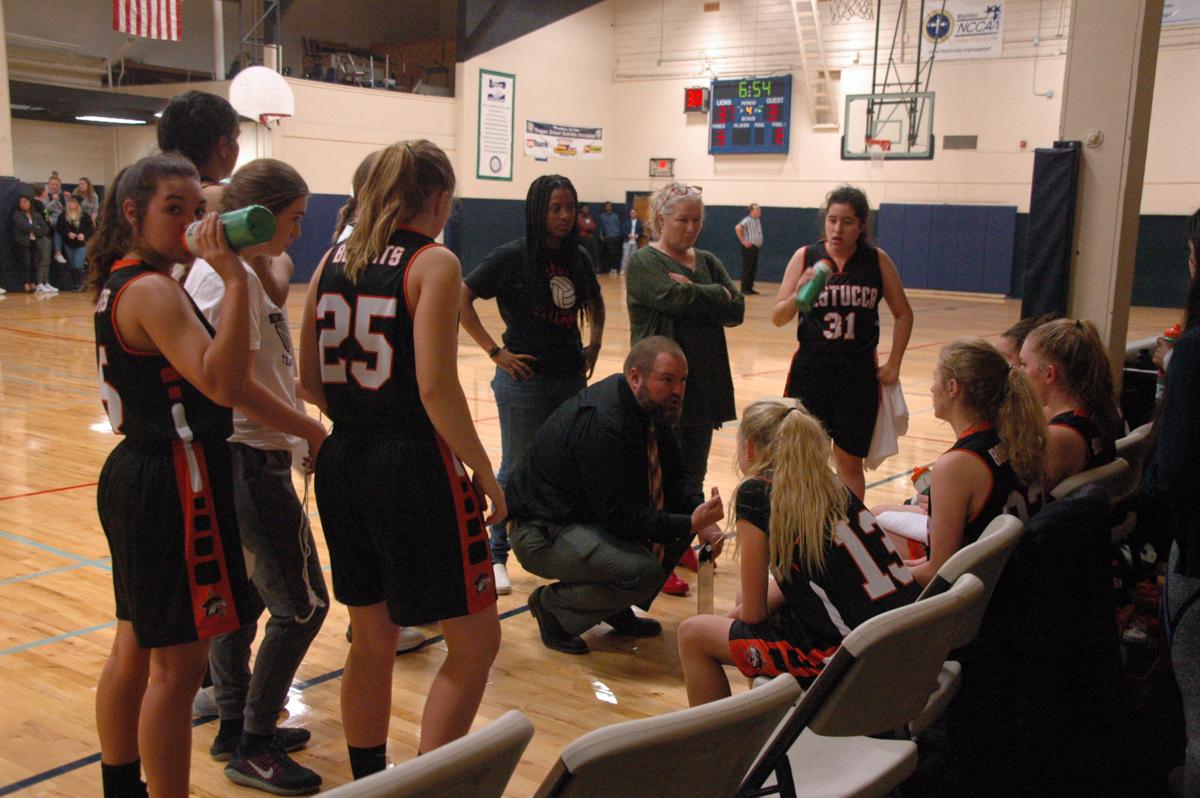 It’s difficult to feel good after a loss - that is unless it could also be referred to as a moral victory. That was exactly the case for the Nestucca High Bobcats girls basketball team following a 41-37 loss to the Mannahouse Christian Academy Lions in a Northwest League game Dec. 19 in Portland. ​

The Bobcats, guided by coach Tim Foster, had a very good chance for a possible upset win, particularly after they trailed just 39-37 with 38 seconds remaining in the game. On the Lions ensuing offensive possession, Lions junior Marlei Knox sank a layup with 18.8 seconds left to help ensure the victory for Mannahouse Christian. ​

“We were without two all league starters, so that was a big adjustment for us,” said Foster. “I know they (Lions) had a couple of girls who were unable to play as well, but I really liked the way we stepped up and continued fighting and grind things out. If we’re not making shots, then we just try to get shots close to the rim and try to get to the free throw line. We were able to do that and eventually our outside shots started dropping and that helped us quite a bit.”​

The Bobcats will be hoping to bounce back and maybe even their record at 4-4 when they play on the road against the Taft Tigers (3-2) in a nonleague game Dec. 30 at 5:30 p.m. at Taft High School in Lincoln City. Nestucca’s next home game is Jan. 3 versus the Regis Rams at 5:30 p.m.​

The Lions came out and appeared to take control early in the contest while building a 10-1 first quarter advantage. A jumper in the lane by senior post Jocelyn Moreno (nine points, 11 rebounds) helped Nestucca trim the margin to 12-5 at the end of the quarter. ​

The momentum then shifted in the Bobcats favor in the second quarter. The Lions took their largest lead of the game at 16-5 early in the quarter. Led by junior guard Kiara Webber (career high 22 pts., eight rebs., five steals), the resilient Bobcats then turned things around. ​

“I felt pretty good about my performance and also about how well our team played so well together with everyone hustling really hard,” said Webber. “At halftime we had a nice conversation with our coach and we talked about hustling and how it was really going to be our game. I actually felt like we had a good chance to win the game and it kind of felt like in our minds that we did win.” ​

Webber, Moreno and sophomore guard Rachel Strober each scored in an impressive 12-2 Bobcat rally that trimmed the margin to 18-17 at halftime. Webber scored on a layup, a jumper in the lane and on a three-point field goal from the corner. Moreno scored on two short jumpers in the lane and Strober had one free throw. ​

“Kiarra is doing good and she’s starting to play more consistently with her control and she’s really stepped up this year and is playing with a high energy level,” said Foster. “If we can continue to have Kiarra play like she did tonight and also get our other two girls back from their injury (concussion), then I think we’ll have a pretty strong team. I’m proud of the girls, they worked really hard and that’s all you can ask for when you’re without other key players.”​

Led by sophomore post Awek De Piok (eight pts., 10 blocks) the Lions responded with a 6-0 run at the outset of the third quarter to take a 24-17 lead. The Bobcats then had another impressive run, as they outscored the Lions 13-8 and Webber’s three-point jumper from the corner made it 32-30 after three. ​

Nestucca narrowed the margin to just one point early in the fourth when junior Makinzie Sedenius sank a free throw, making it 32-31 with 7:51 remaining in the contest. Following a 7-2 Lion run that made it 39-33, the Bobcats fought back again. Webber grabbed a rebound and scored on a putback shot underneath the basket and she followed on Nestucca’s next possession with a baseline driving layup, making it 39-37. ​

“I think we’re going in the right direction,” said Foster. “We’ve only played one game this year with a full roster, because we’ve had players that have been either sick or injured. We’re really looking forward to a couple of weeks down the road when we resume league schedule and hopefully we’ll have everyone healthy and then we’ll see what we can do.” ​

The Bobcats are hoping that Chatelain and Leslie will return to the lineup by the next NWL contest Jan. 7 at 5:30 p.m. when they meet the Gaston Greyhounds (1-6) at home. ​