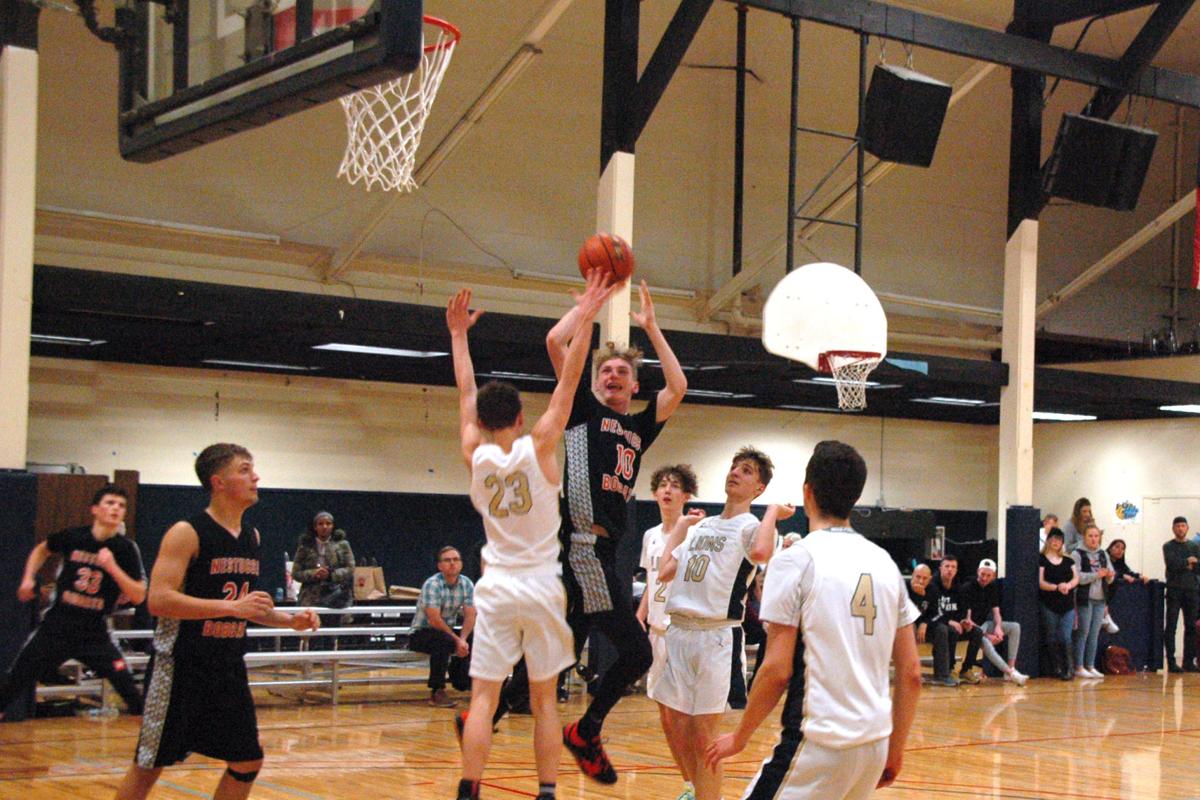 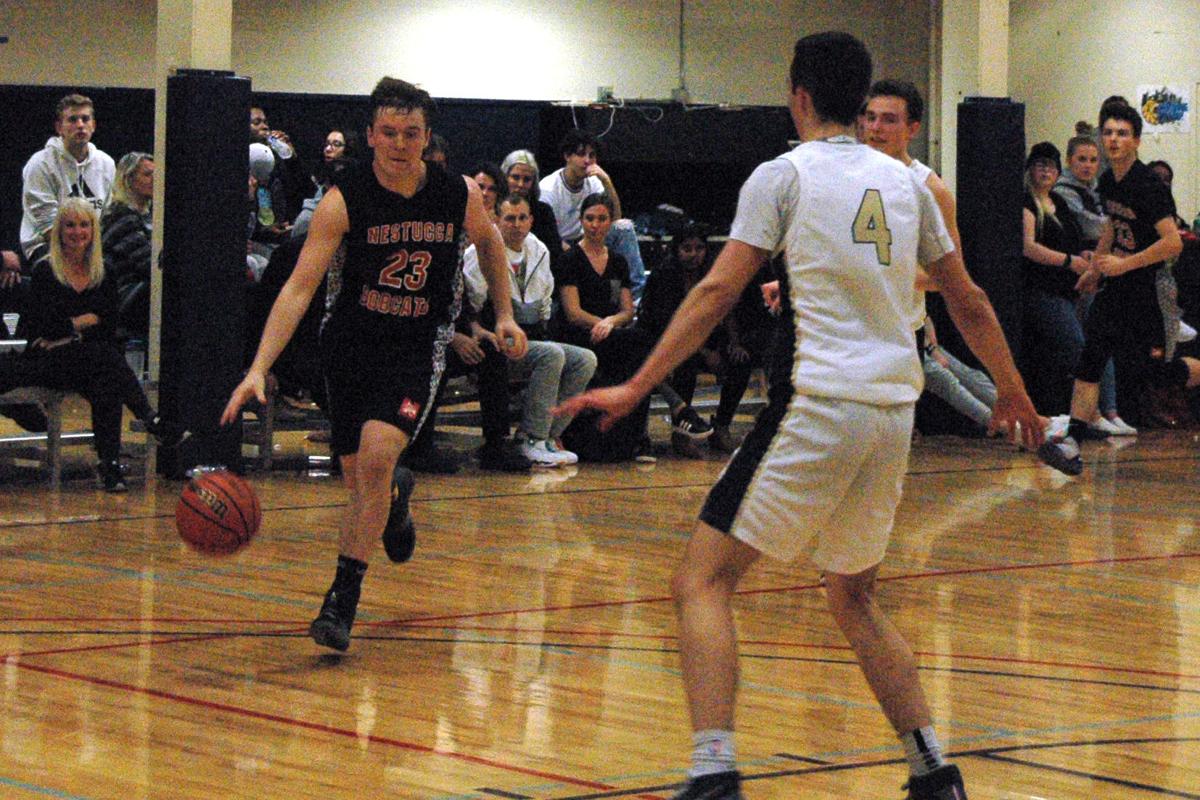 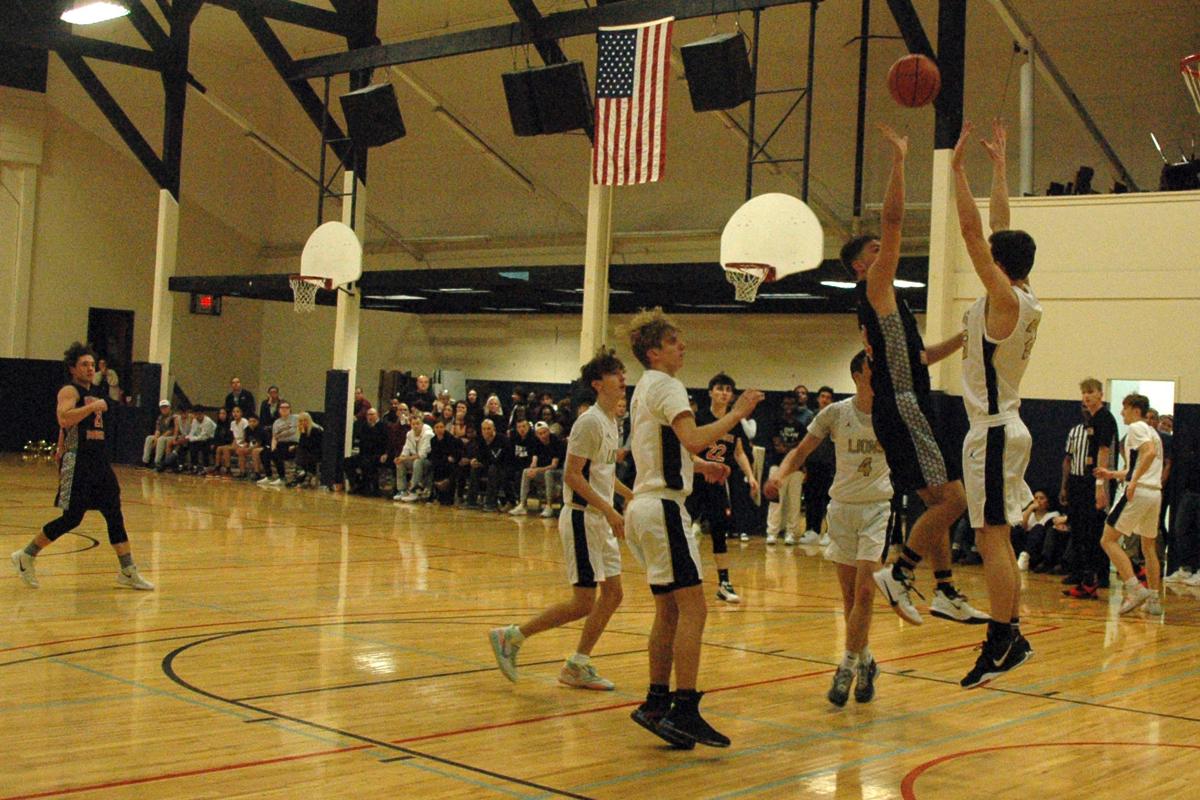 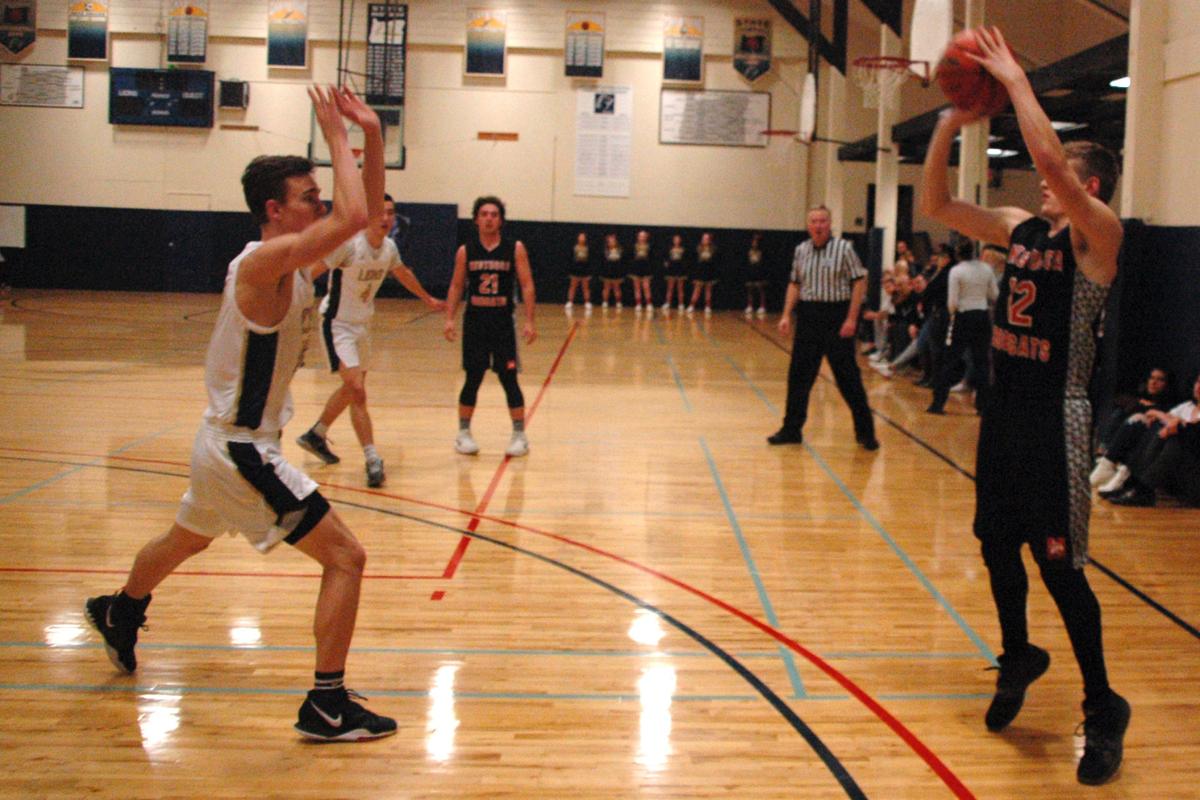 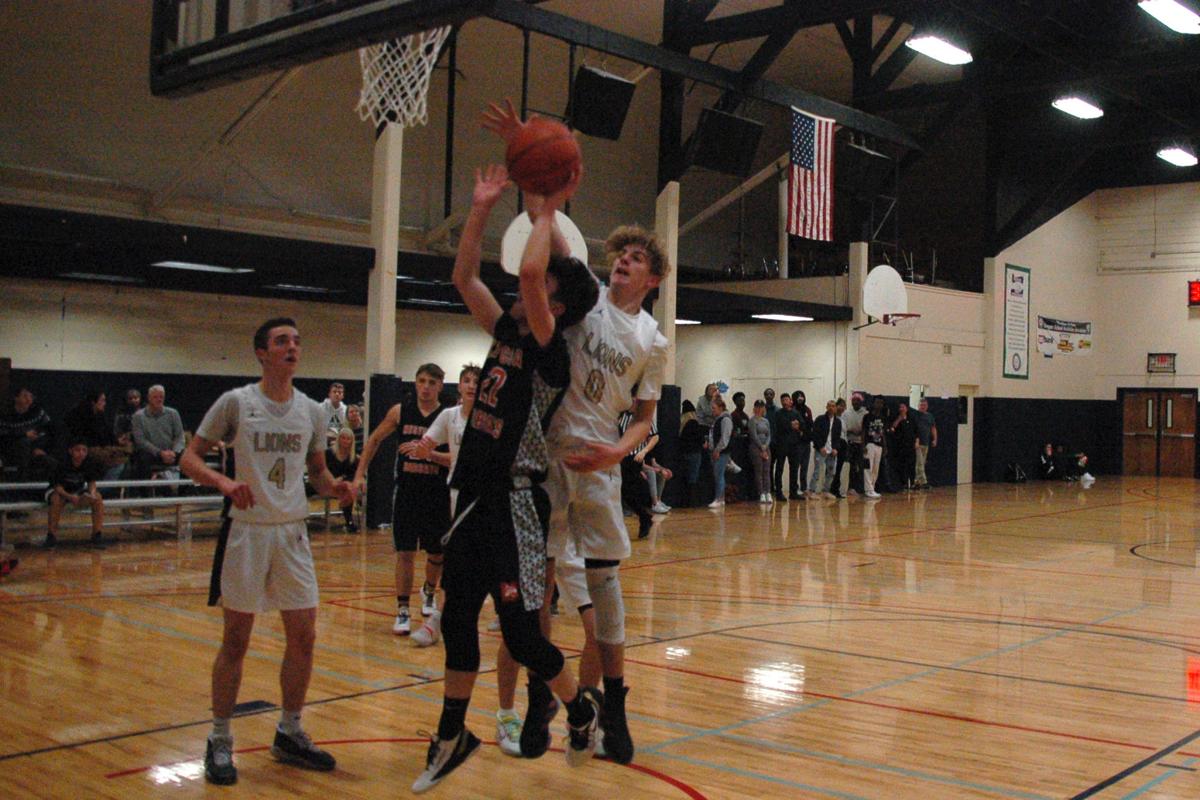 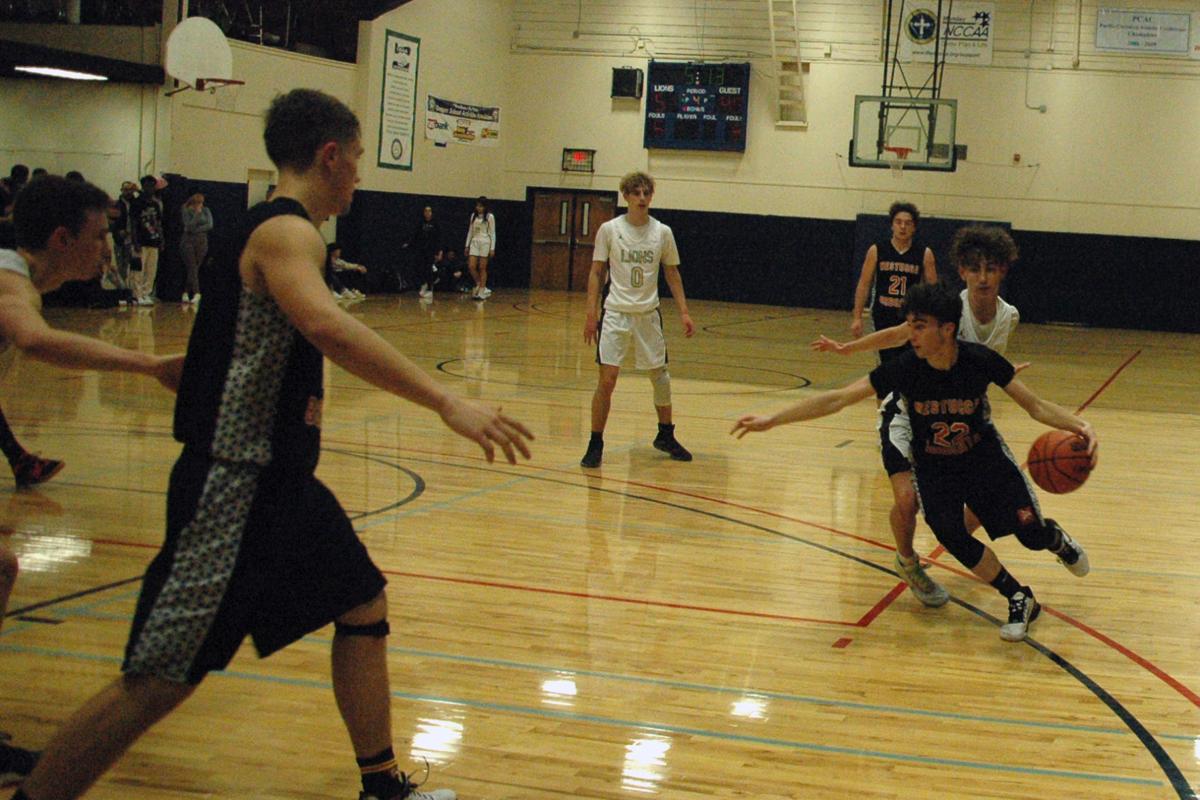 Under different circumstances and with a healthy team, the Nestucca High Bobcats certainly would've had a good chance to beat the Mannahouse Christian Academy Lions in a Class 2A Northwest League boys basketball game.

Playing without junior starting wing Tyler Hagerty (injured) and then having three other players suffer injuries during the game (Ben Hurliman, Logan Blackburn, Juan Ozuna) was just too much to overcome for the Bobcats, who lost 64-53 to the No. 10 ranked Lions Dec. 19 in Portland.​

Despite the extenuating circumstances, the Bobcats (0-2 NWL, 3-5 overall) played strong against the Lions (2-0, 5-2), particularly in the first and fourth quarters, when the two squads were equal on the scoreboard. The Bobcats, guided by first-year coach Justin Hartford, were outscored 36-25 in the middle two quarters though and they were just couldn't overcome the deficit, especially since they were shorthanded. ​

"The guys played well and we had our opportunities to score, but we just didn't capitalize on them, so it was a learning experience," said Hartford. "A few calls didn't go the way we wanted them to and then some kids got hurt who are also leading scorers for us. We had opportunities to get within a couple of baskets, but we just couldn't seem to get over the hill. We only lost by 11, which compared to last year's game against them (a 63-38 loss) is a big improvement and I'm hoping that's what we'll continue to do. When we play them again (Jan. 29), it think it's going to be a lot closer game for us."​

In an evenly played first quarter, which included five ties and four lead changes, senior guard Mitchell Richwine sank a three-point jumper from the corner, giving Nestucca it's largest lead of the game at 16-13. ​

Led by senior McKinley Faria, who scored 30 points and had six three-pointers, the Lions came back, knotting it 16-16 after one quarter and the Bobcats never led again. Mannahouse Christian (formerly City Christian), went on a 12-3 second quarter run to build a 28-19 advantage and the Lions remained in front 35-29 at halftime. ​

The Bobcats responded well to the challenge at the outset of the second half and put themselves into position for a possible come-from-behind win. Nestucca sophomore Skyler Wallace sank two free throws, trimming the margin to 35-33 with 6:26 left in the third quarter. The Lions roared back, outscoring the Bobcats 17-8 to build their largest lead of the game at 52-41 after three quarters. The two squads traded points throughout the fourth, with both teams scoring 12 points each and the Lions held on for the 11-point victory. ​

Nestucca has some much needed time off from the hardwood and will not play again until a Dec. 30 nonleague road matchup against the Class 3A Taft Tigers (1-2). ​

"They (Lions) are a pretty good team and they have some good athletes, particularly number four (Faria), who can really shoot well from the outside," said Hartford. "It's been a hectic first season so far and even though I don't really know what to expect, I love coaching this team and I'm having lots of fun. I'm utilizing all the things that I've learned about basketball and I'm using that from a coaching perspective. I hate seeing kids get hurt, so they need some rest and time to recuperate from injuries now and then we'll get ready to face Taft." ​