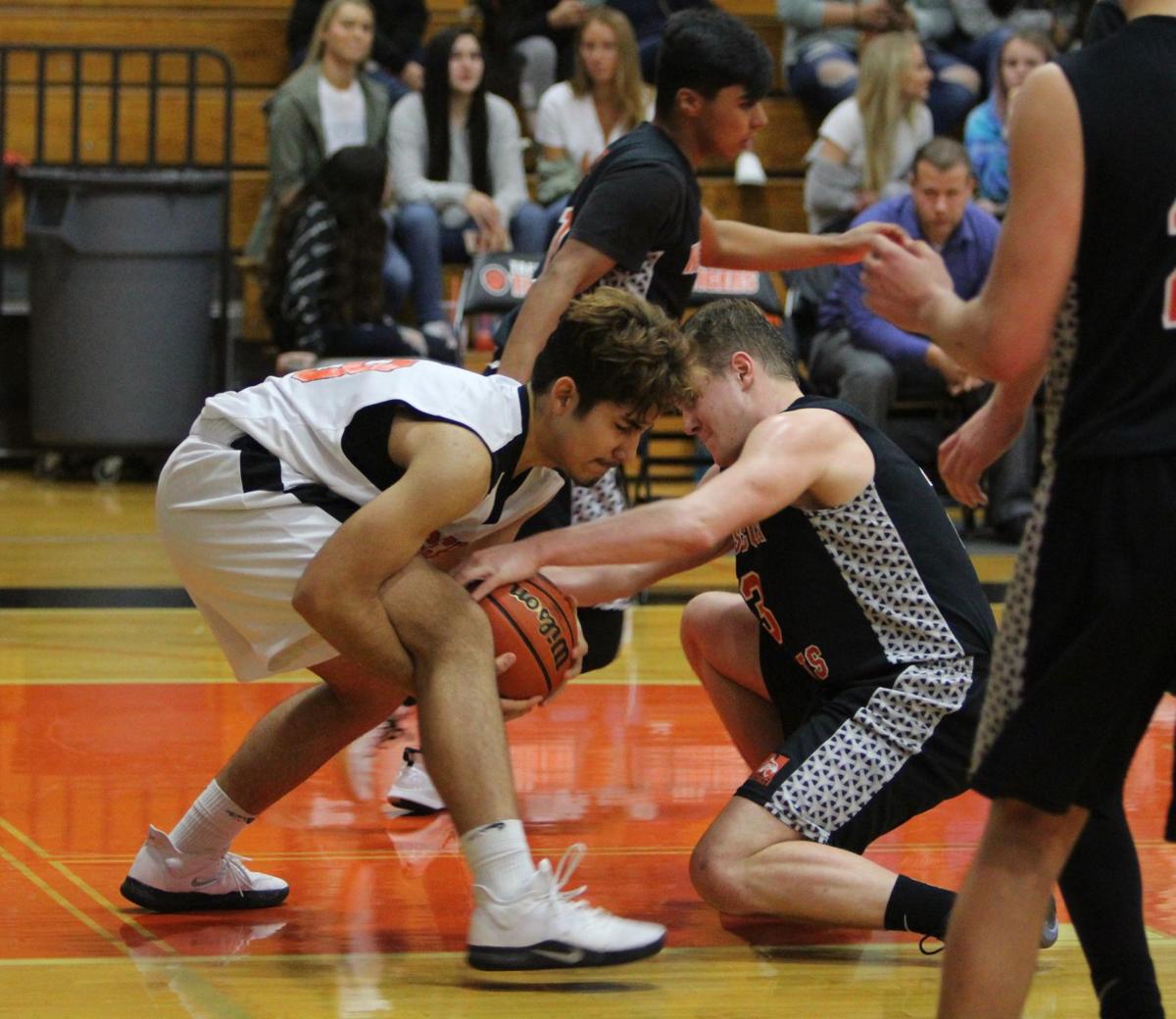 Ben Hurliman squabbles with a Taft player for the ball. 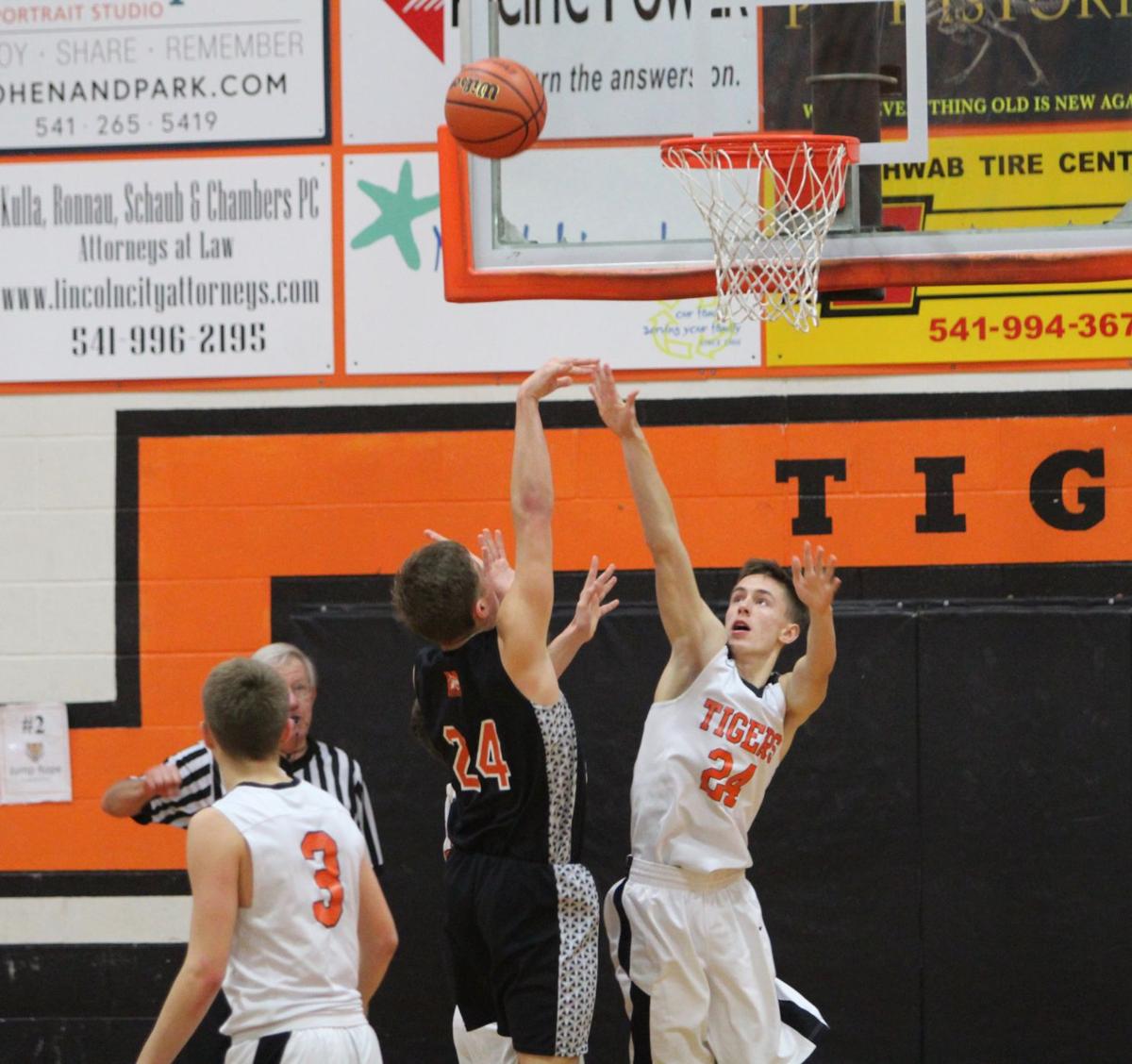 Skyler Wallace goes up in traffic. 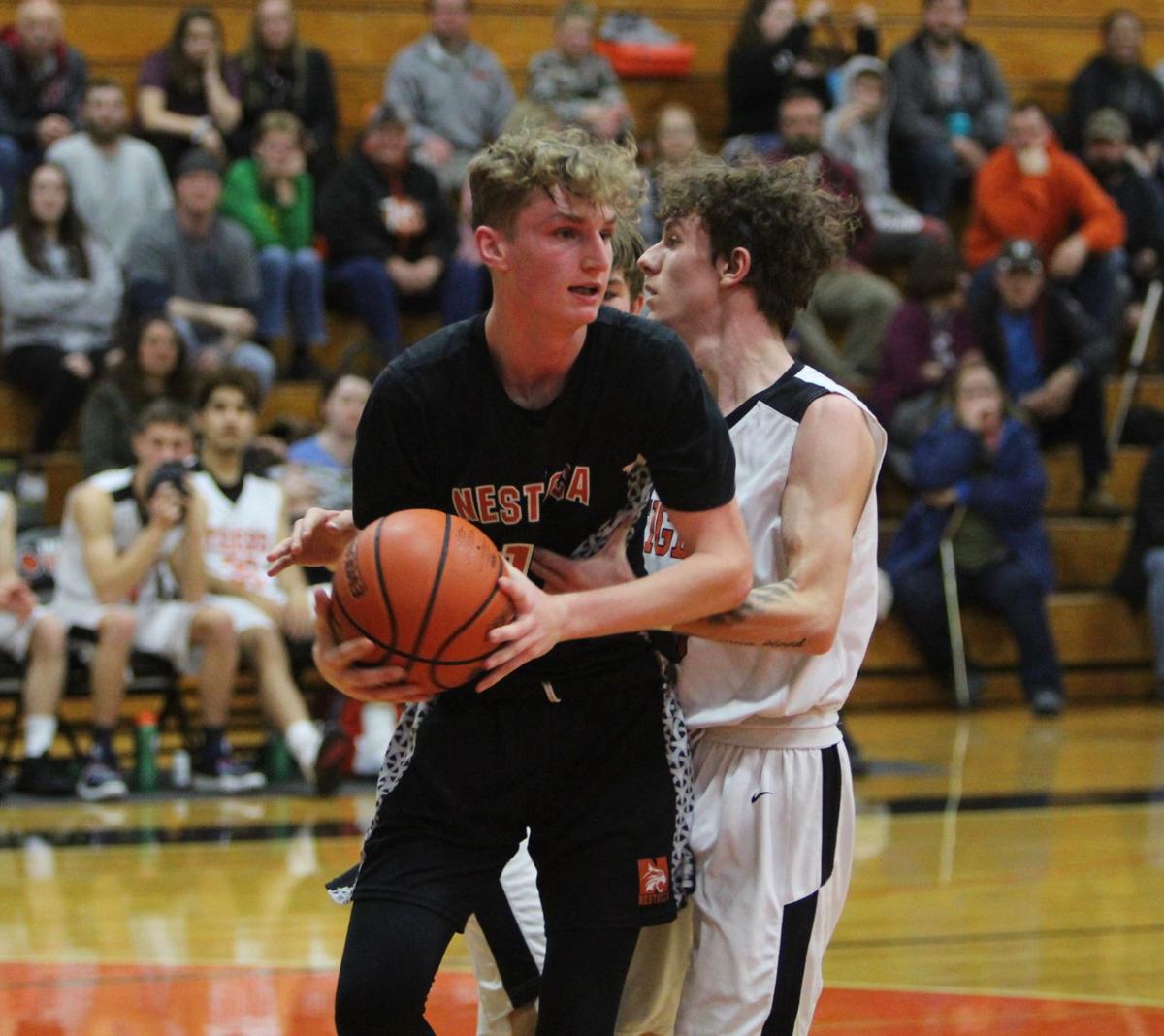 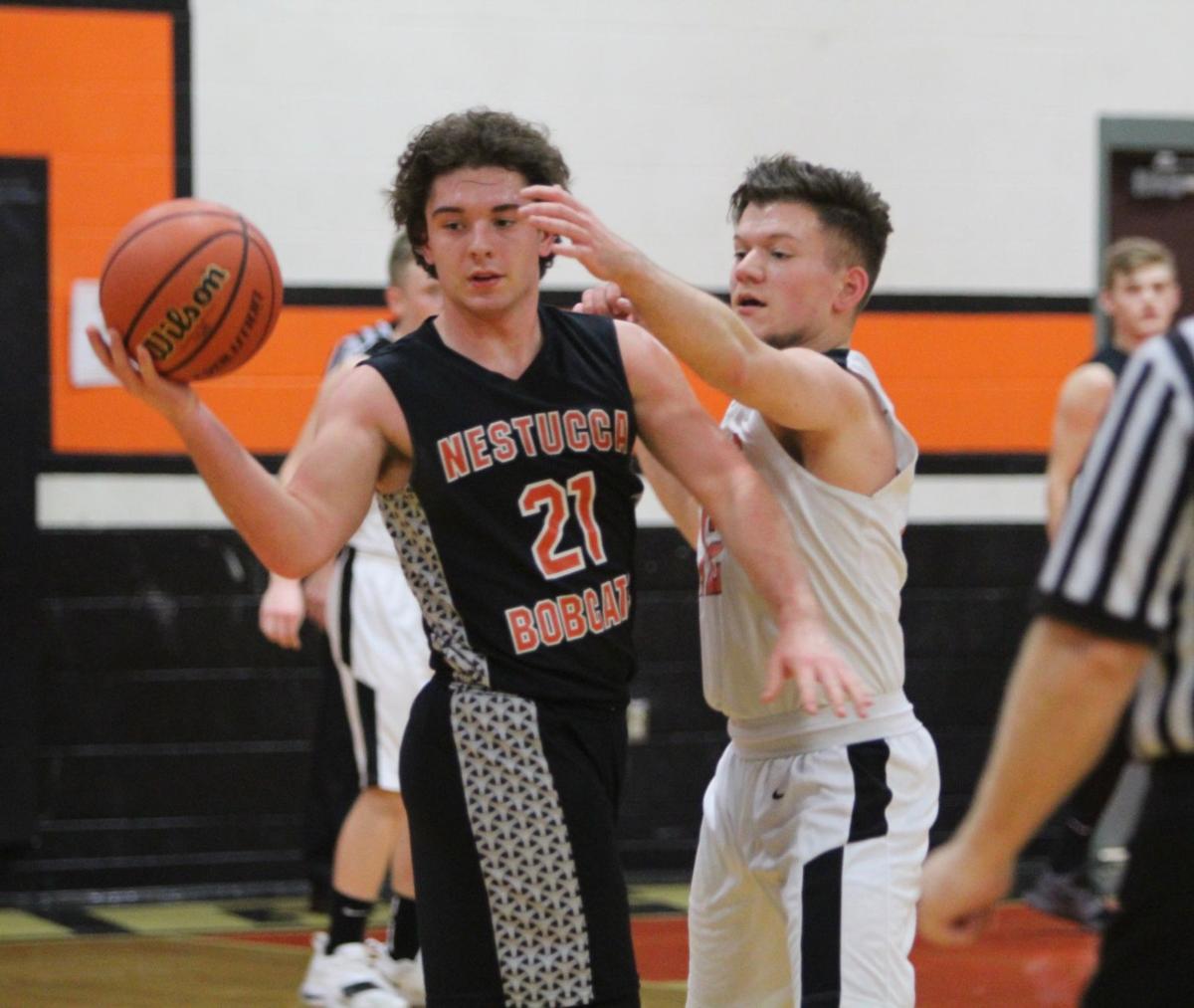 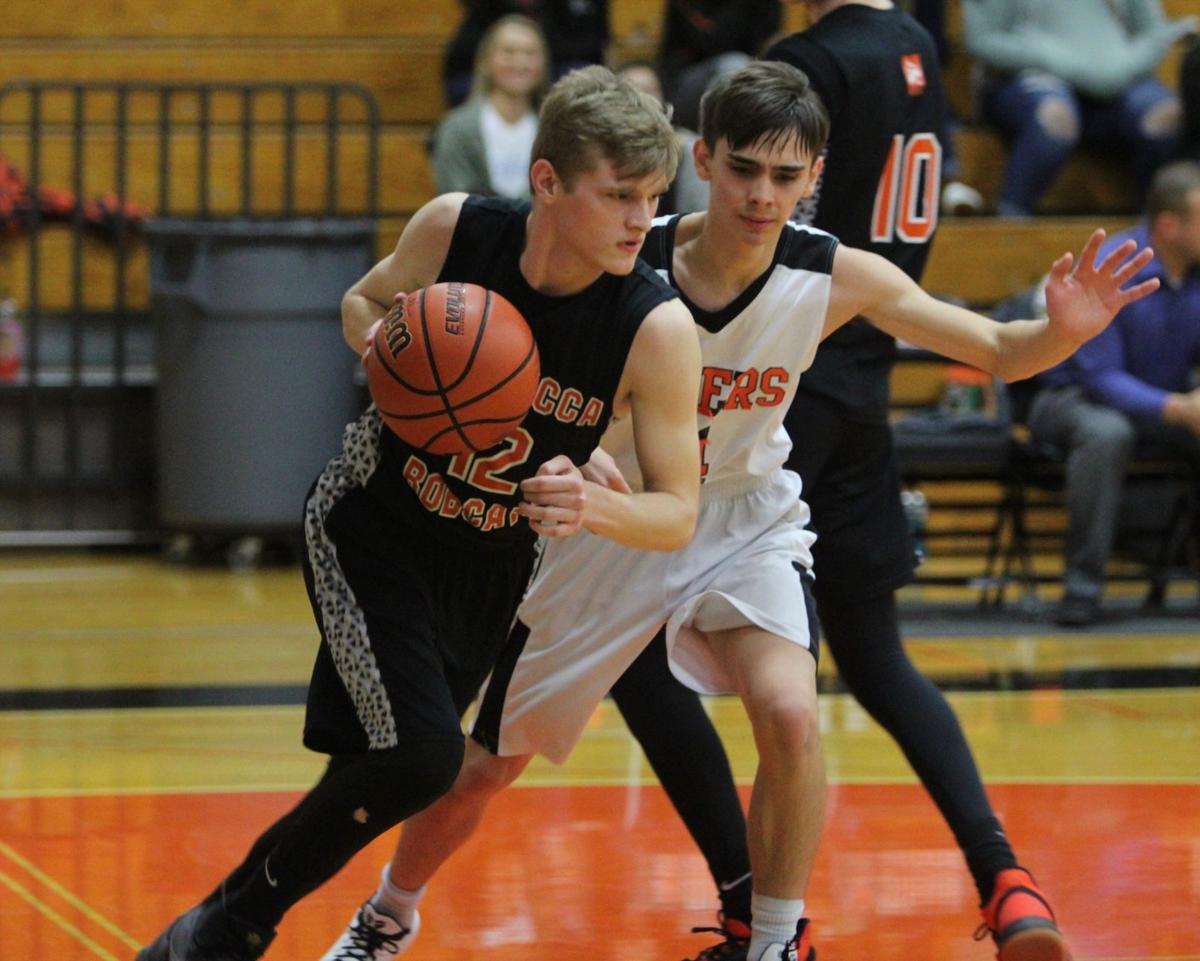 Ben Hurliman squabbles with a Taft player for the ball.

Skyler Wallace goes up in traffic.

A winning culture is beginning to take shape for the Nestucca High School basketball program.

Evidence of that came in the form of an impractical 17-point comeback win for the boys team over Taft High School this past Monday.

The Nestucca boys made the short trip to Lincoln City on Dec. 30 to face a Taft Tiger team rebuilding after losing key players from last year’s team. After over a week off from playing games, the Bobcat offense sputtered out of the gates, scoring just four points in the opening quarter. Taft led 9-4 going into the second period.

In the second, Nestucca found a bit of a rhythm thanks to the scoring efforts of senior Ben Hurliman. However, Taft gained a 19-13 advantage going into halftime.

A brief intermission seemed to pump up the hometown Tigers who mounted a 17-point lead early in the third quarter. Facing what seemed to be a insurmountable lead, Nestucca head coach Justin Hartford made sure his team was patient and continued to play their game.

“Last night's game had its ups and downs but I was confident we would bounce back,” Hartford said. “This team doesn't give up, so I knew it was just a matter of time before we got into the flow of things.”

Midway through the third quarter, the Bobcats found their flow. And it came courtesy of junior Graydon Johnson, who hit back-to-back three pointers and connected on a jumper despite being fouled to fuel Nestucca’s comeback effort.

“Graydon is a special player… you don't always get players like him,” Hartford said. “He can score at will and when he wants to. We need to get him more involved on the offensive side.

“He can hit the outside shot and also finish at the rim. He has the potential to be a great player and play a huge role on our team.”

Nestucca scored 17 in the third quarter to cut Taft’s lead to four going into the final quarter. Johnson continued to find his way to the rim in the fourth quarter, in route to his game-high 22 points and Nestucca finally gained the lead late in the game. But with less than a minute left, Taft guard Trenton Fisher drove down the lane and completed a layup while getting fouled to put the Tigers up one.

Once again, Nestucca didn’t panic. After an errant shot bounced off the rim, Hurliman got his hands on the ball and was fouled, where he made both free throws to put Nestucca up one. From then on, it was a free throw battle that the Bobcats won, in part thanks to senior Mitchell Richwine and sophomore Skyler Wallace. The final score resulted in a 51-49 Nestucca victory.

Aside from the points from Johnson, and the 12 rebounds a piece from Hurliman and Wallace, Hartford said the biggest highlight he saw was his team’s never say never attitude.

“The kids are still adapting and are buying into what in teaching them,” Hartford said. “They all seem to be enjoying themselves and are having fun and are excited to improve themselves.”

In his first year coaching varsity basketball, Hartford said he has learned a lot, not only about his players but about himself as well.

“What I've learned about this team is that they never give up and always give it their all… It's a very fun group of kids,” Hartford said. “For myself, I have learned I need to be patient with the kids because it is a new style of play that they aren't used to yet.”

The high-energy style of play has yielded some pretty good results for the Bobcats who have won four games this season and have played several close games.