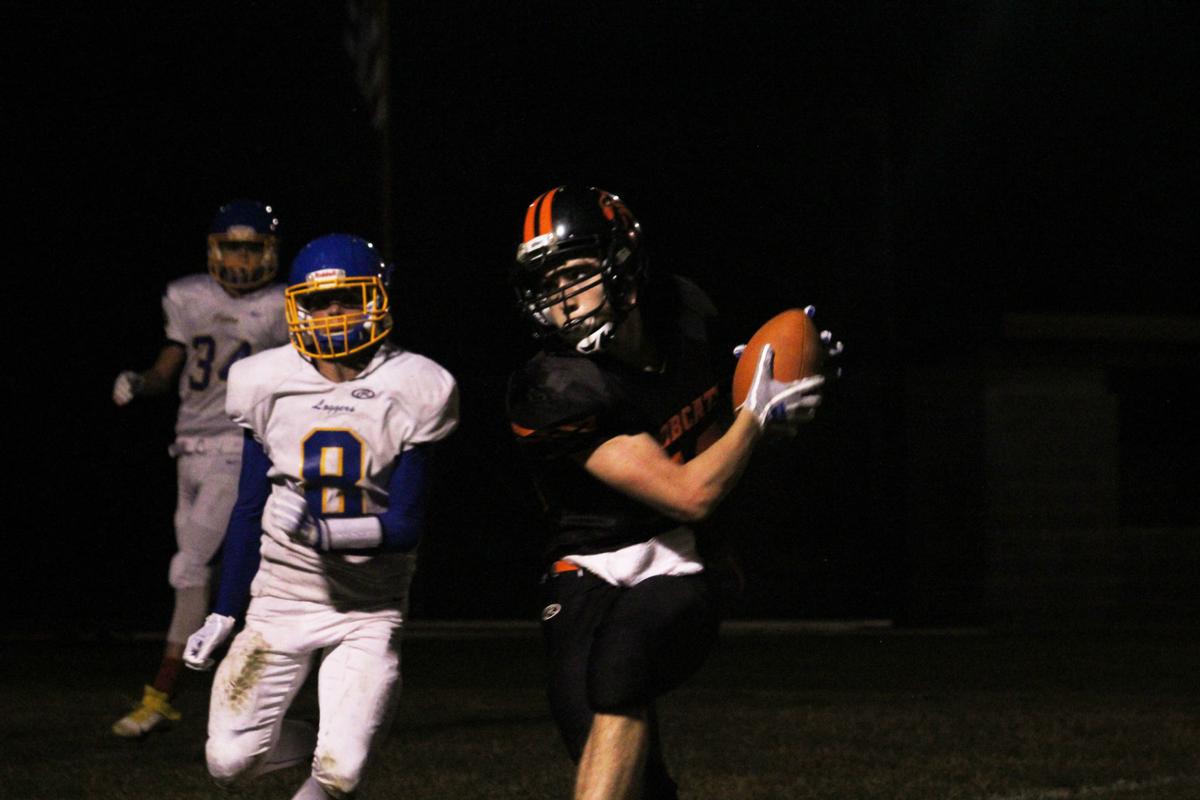 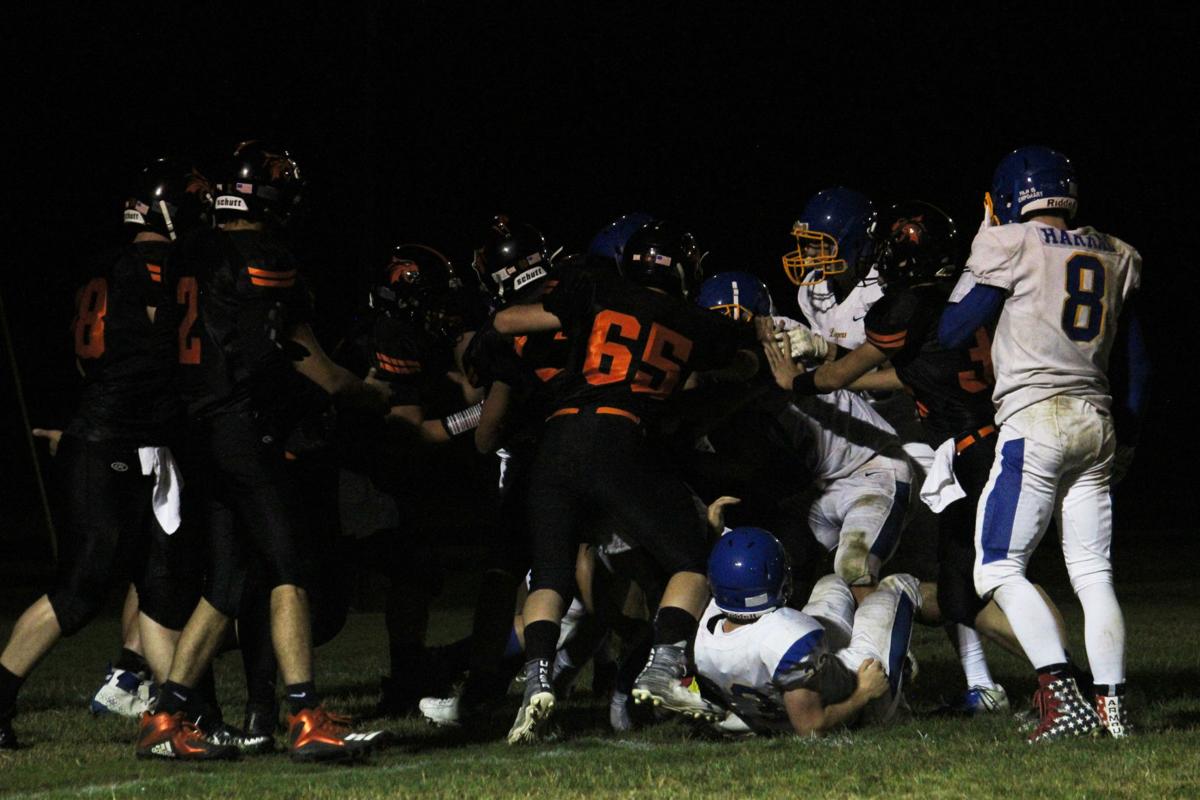 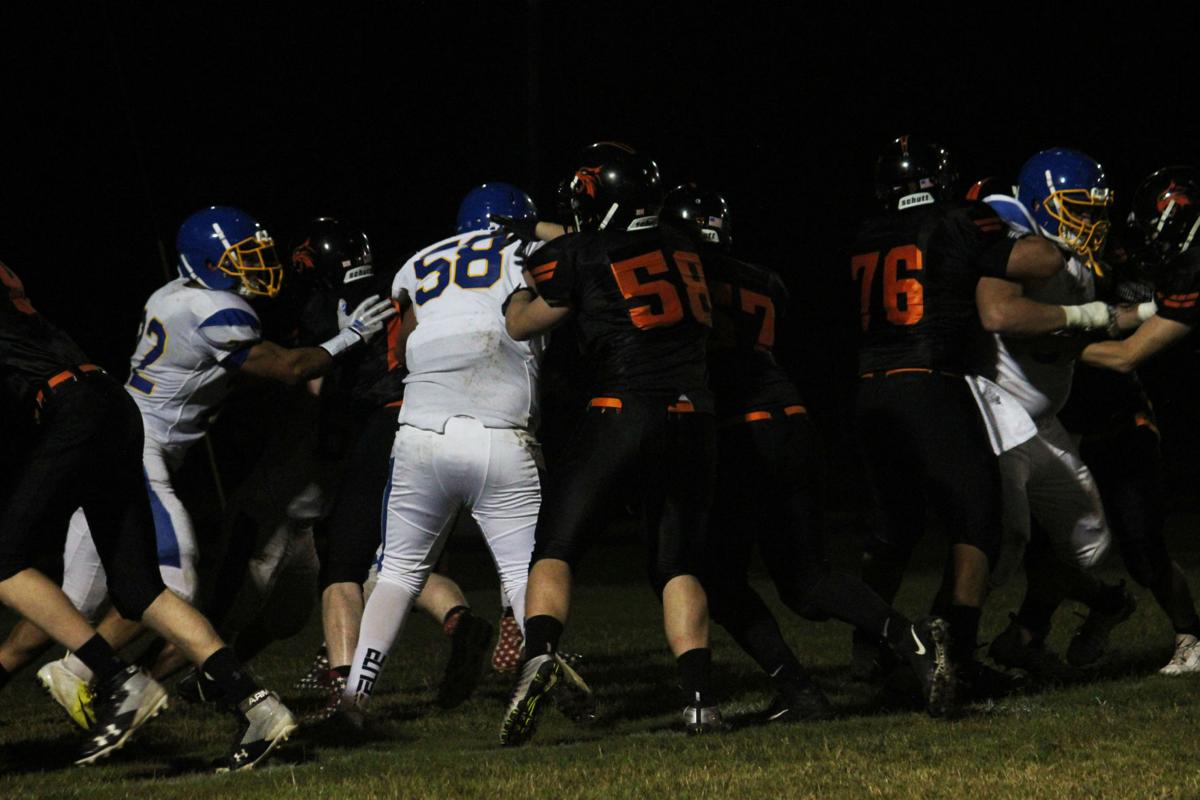 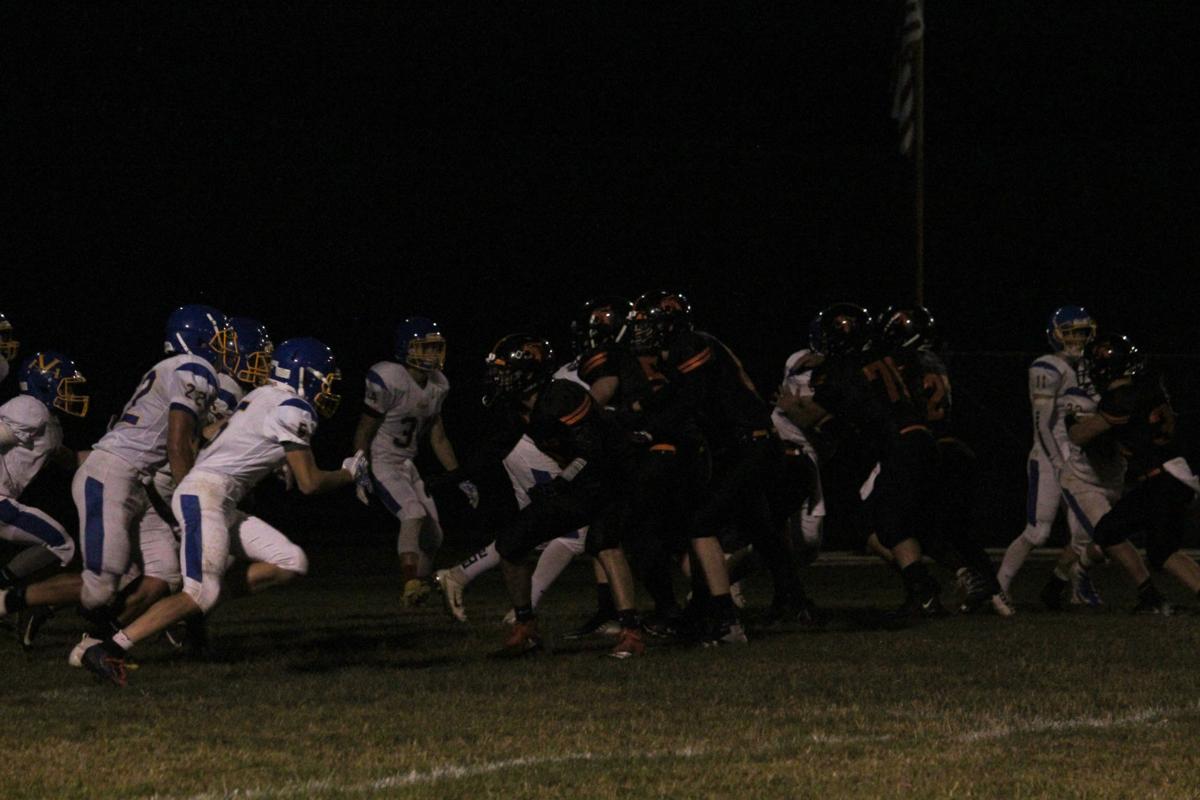 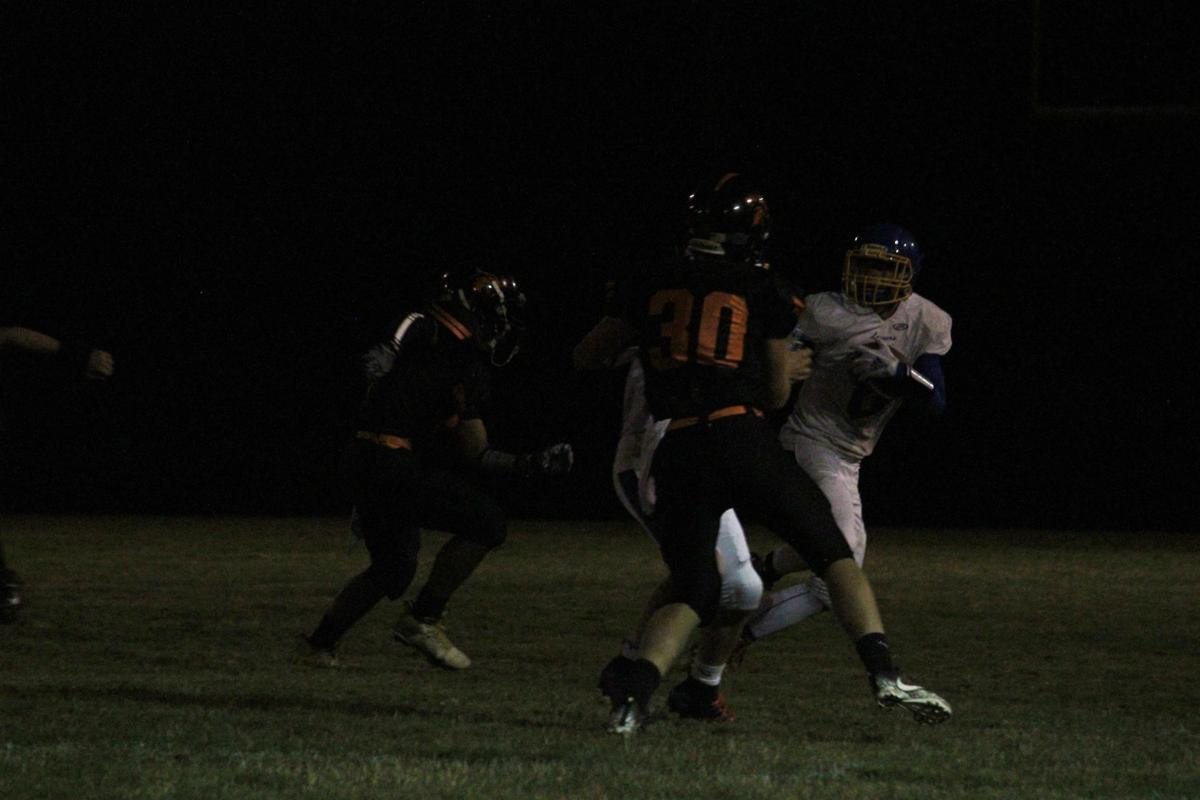 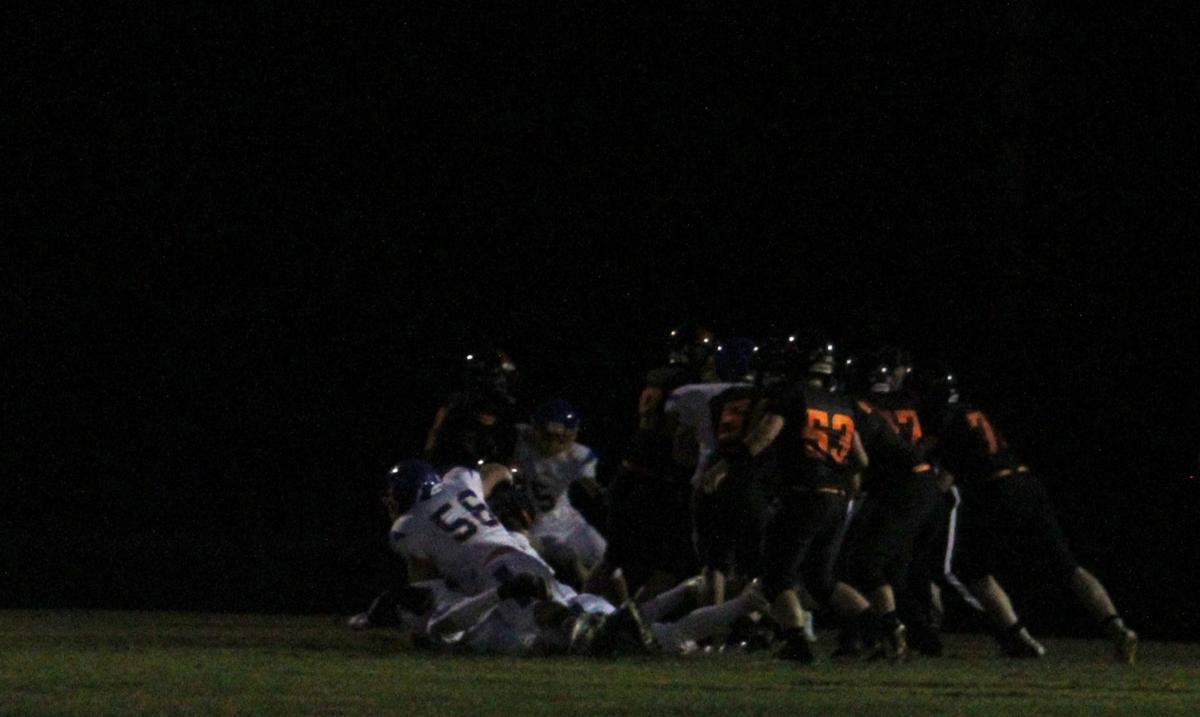 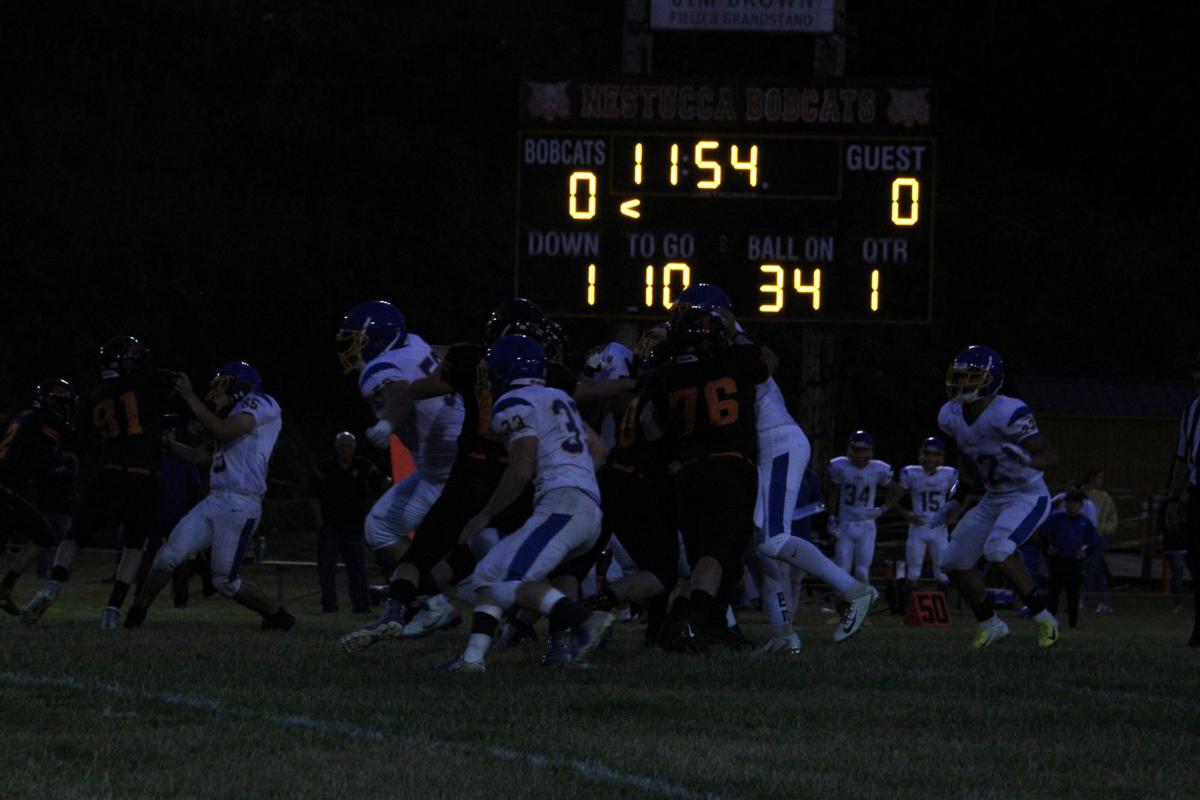 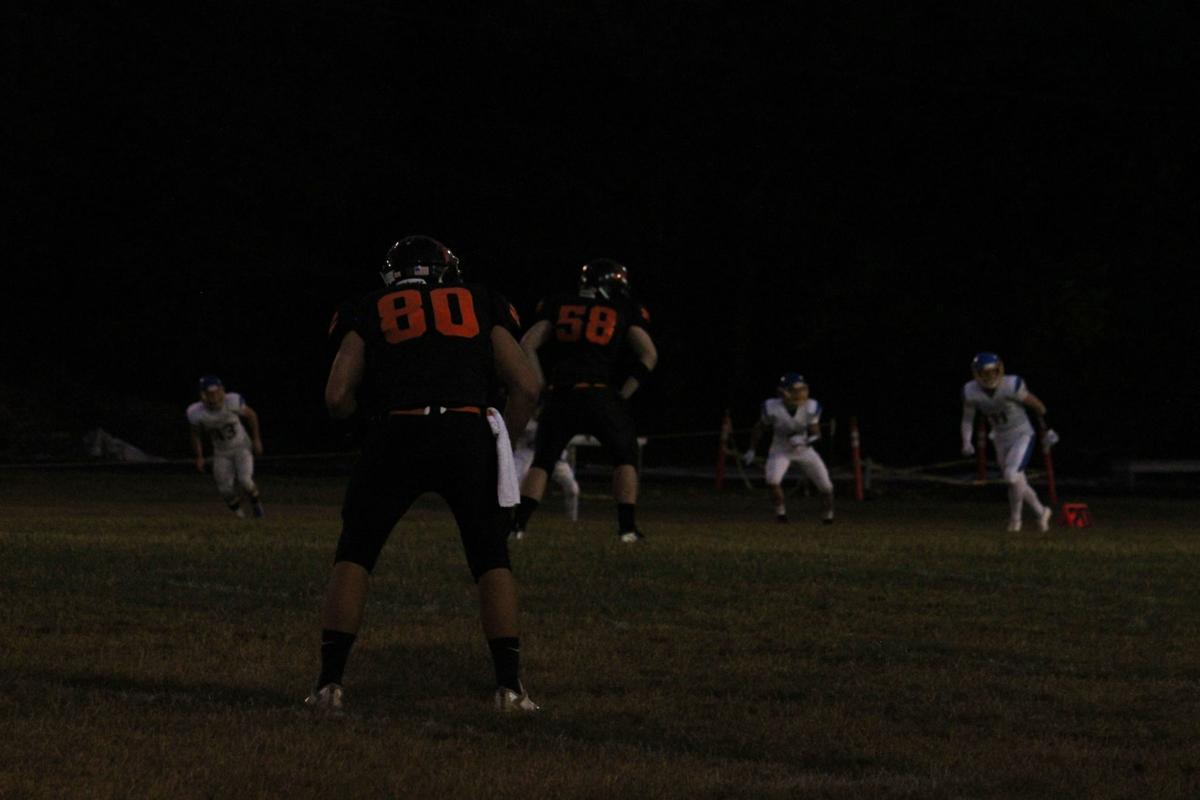 The Nestucca Bobcats beat the Vernonia Loggers in a home game Friday, Sep. 20 by a score of 43-6.

“I was really pleased with our effort on both sides of the ball, but our defense played phenomenal,” Head Coach Tim Foster said. “We held Vernonia under 100 yards of total offense until the final minute of the game.”

Sophomore Skyler Wallace set the tone with a quarterback sack on Vernonia’s first offensive play of the game, forced a fumble on the next play, then returned an interception 25 yards for a touchdown at the beginning of the second quarter to give the Bobcats a 6-0 lead.

“Skyler has quickly become one of our most disciplined and fundamental players, and it showed Friday,” Foster said. “He was in position to make plays and he got the job done. He also led us with 10 tackles.”

On offense, Ben Hurliman ran for 135 yards and three touchdowns and threw a 26-yard touchdown to Graydon Johnson. Jaysson Swirz-Ferdig rushed for 53 yards on seven carries and scored on a 69-yard punt return. His return came on the ensuing free kick after he secured a sack and a safety in Vernonia’s end zone.

“Dawson Marsh also did a great job kicking and pinning Vernonia deep on their side of the field,” Foster said. “There aren’t a lot of kids at the 2A level that can consistently kick the ball into the end zone. Dawson’s ability to do that really helps out our defense.”

The Bobcats are now preparing for next Friday, Sep. 27th’s away game against Neah-Kah-Nie (NKN).

“We are still a work in progress, but we took a big step forward last week,” Foster said. NKN isn’t the same team they were last year, but Chris and his teams are always ready to play, so I expect it to be a pretty good game.”