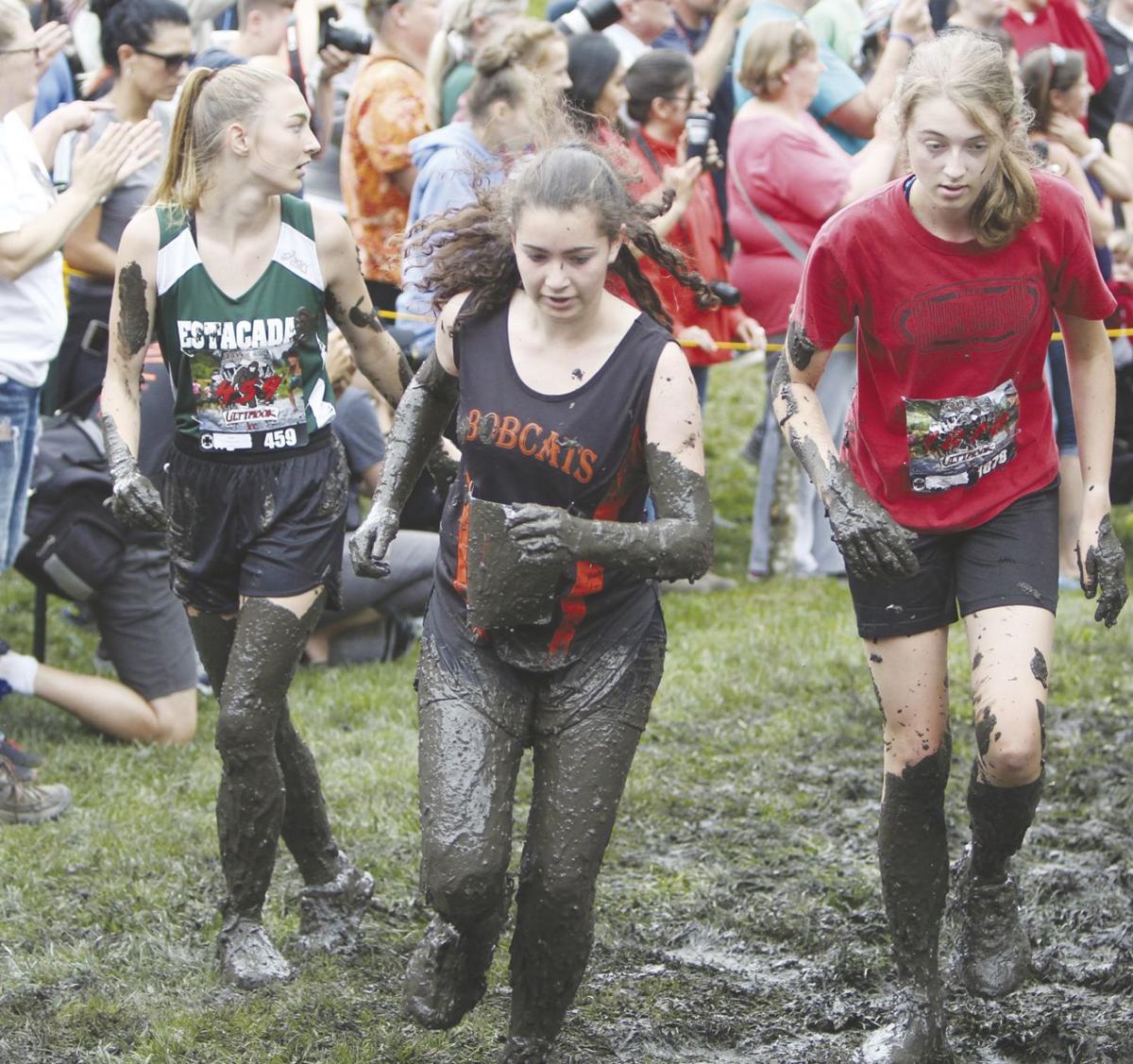 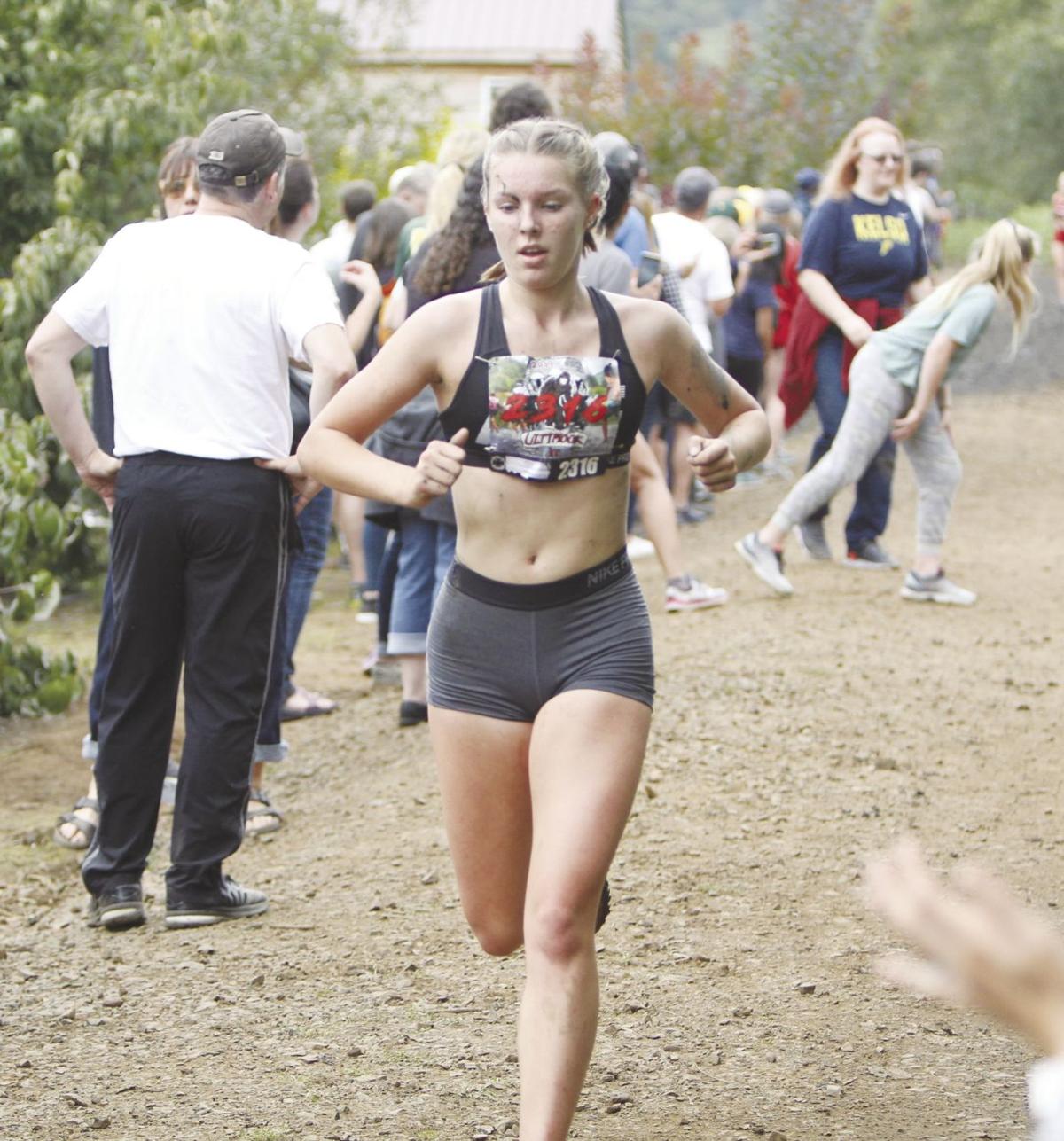 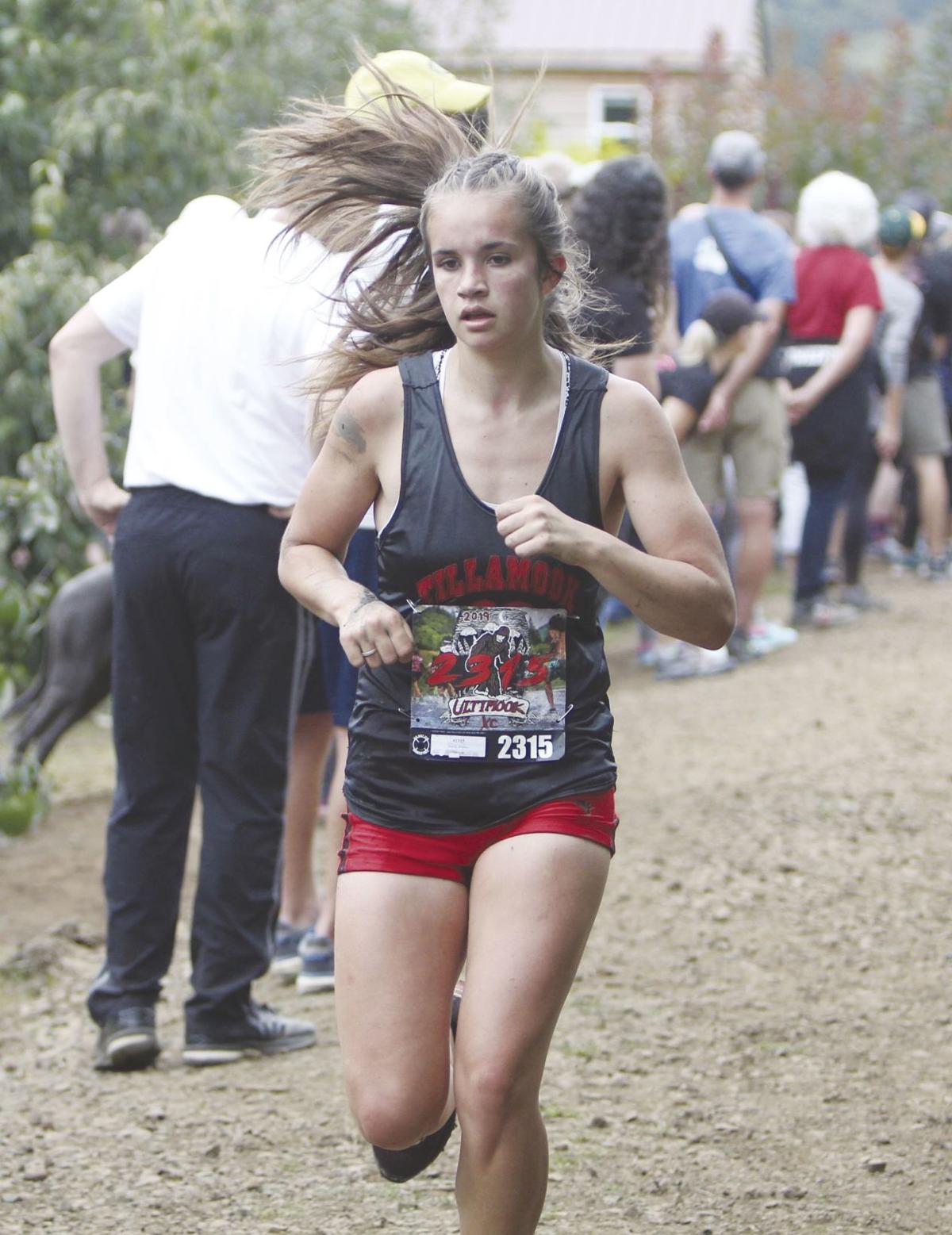 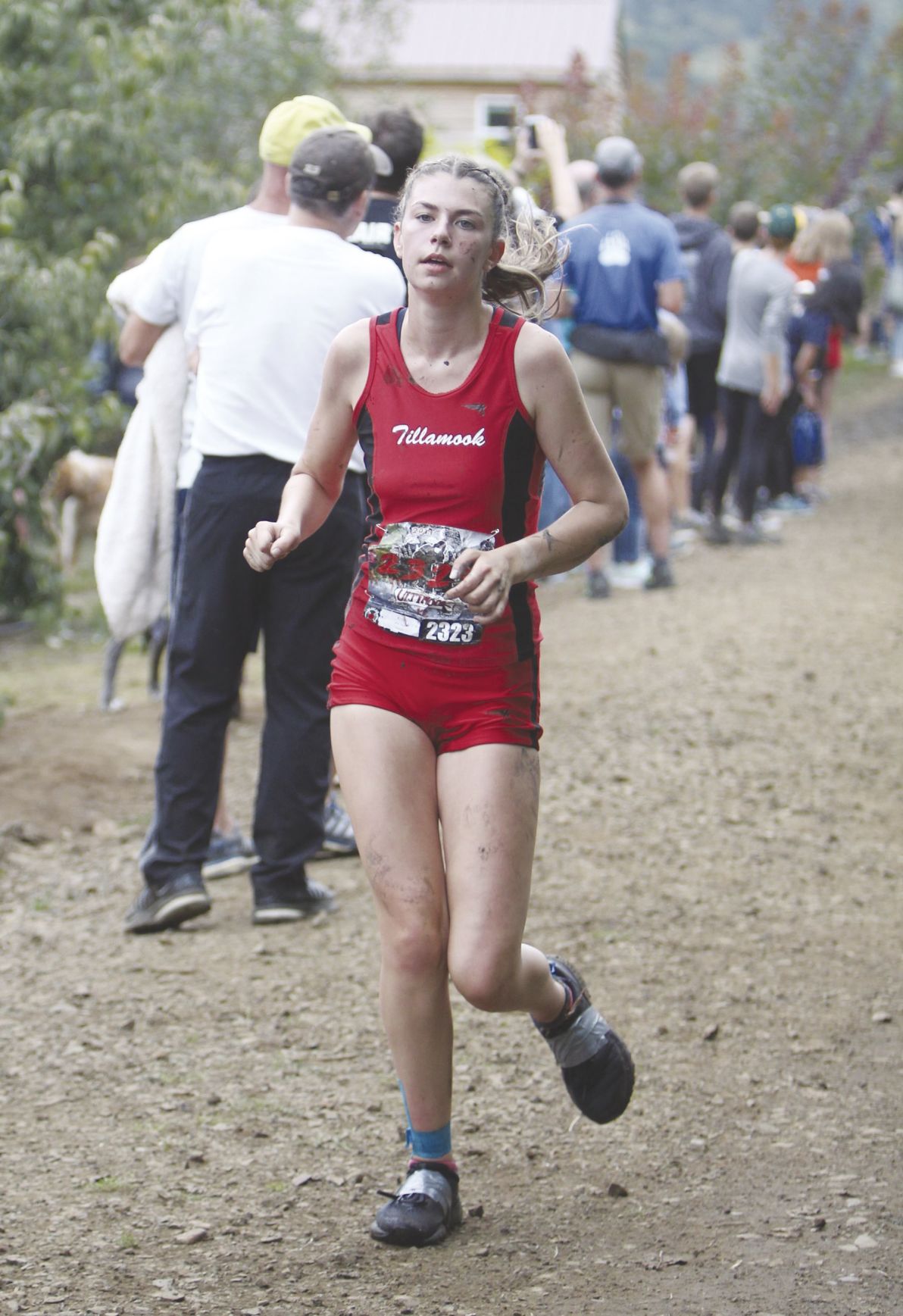 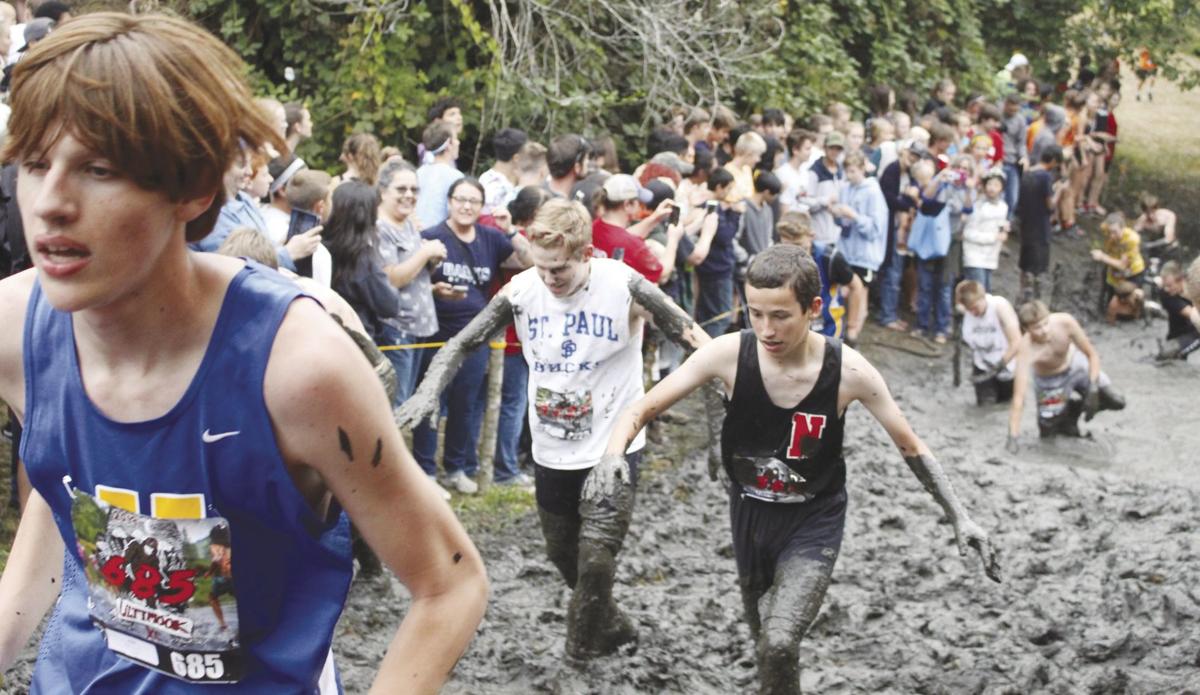 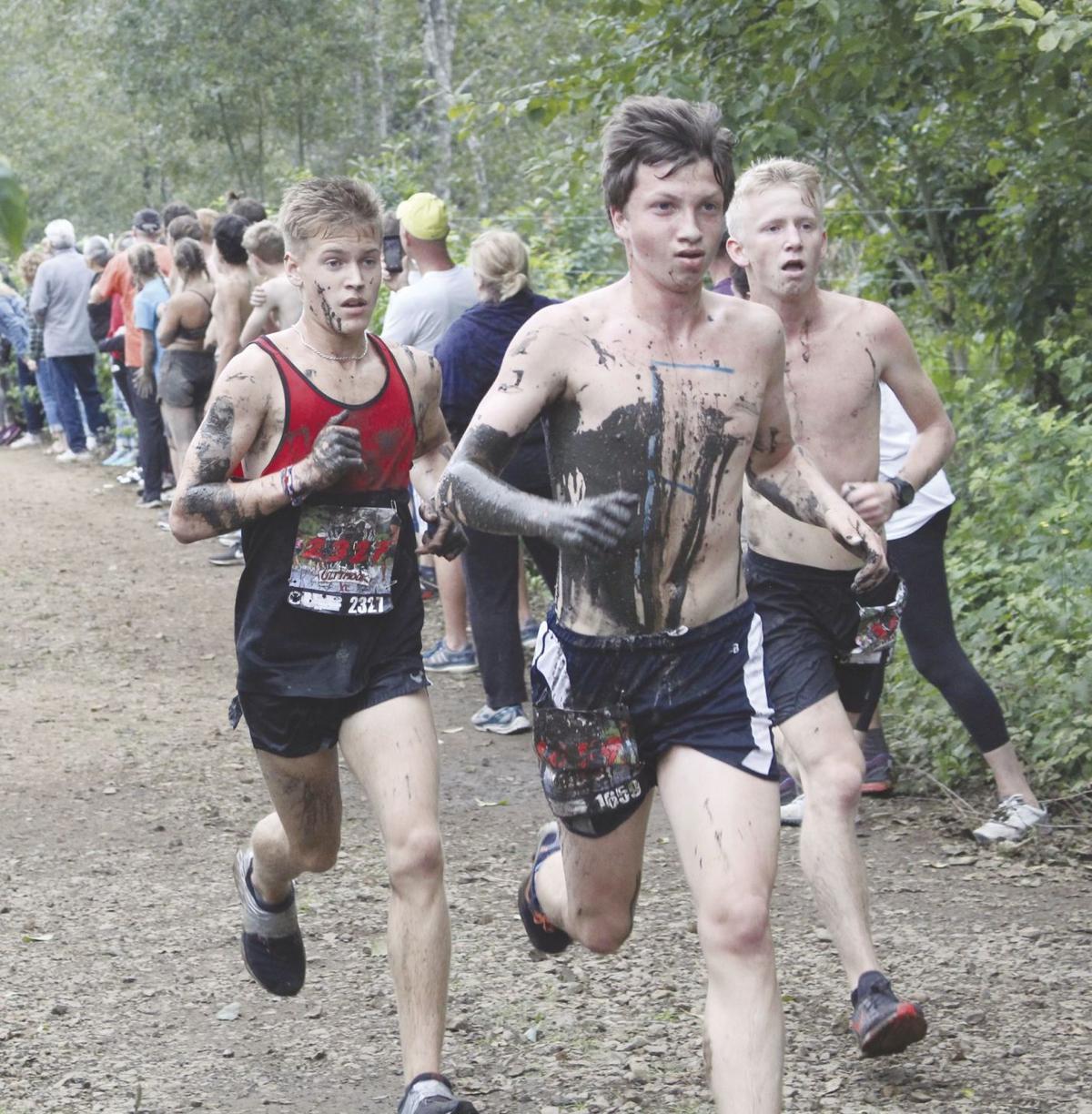 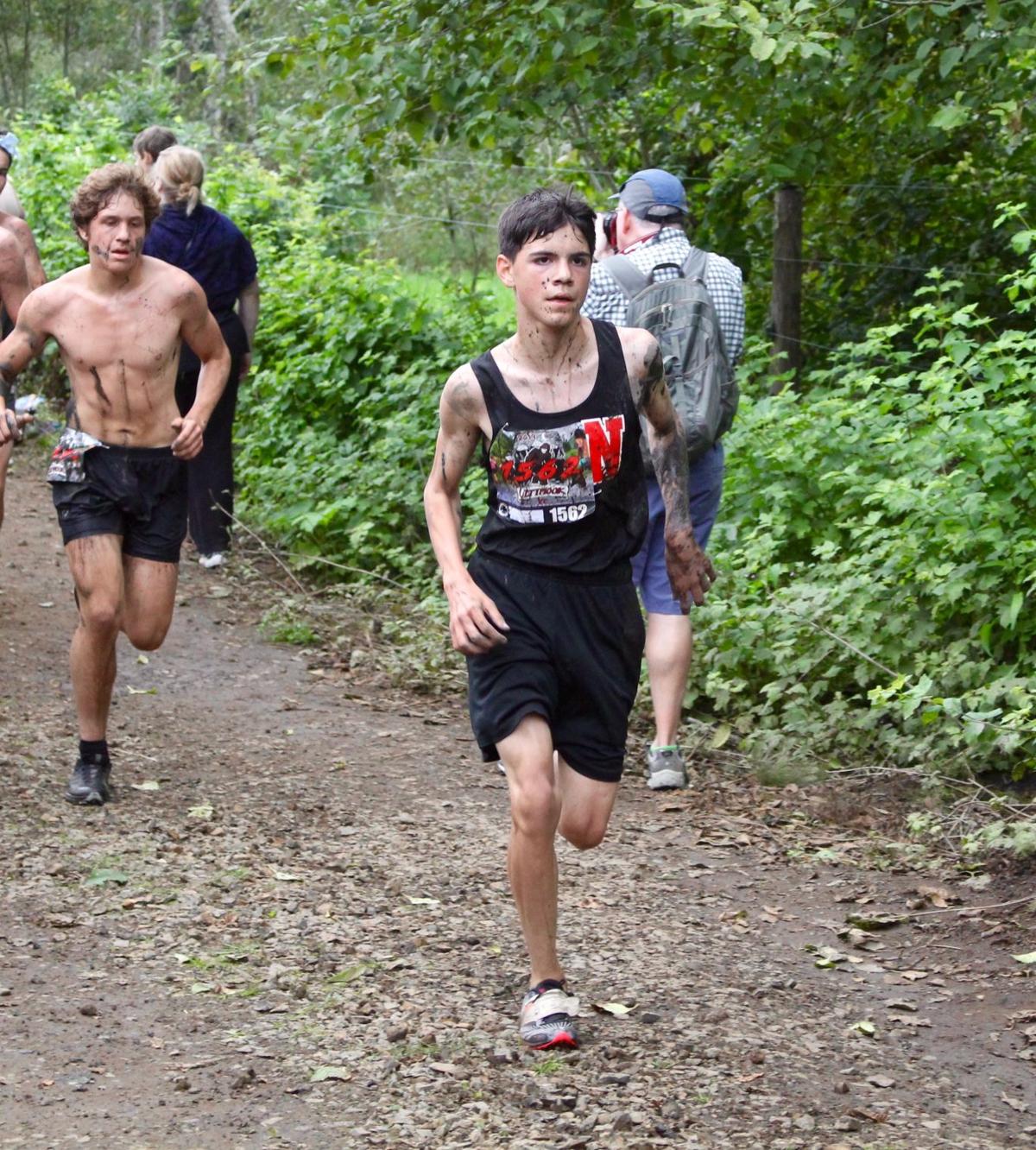 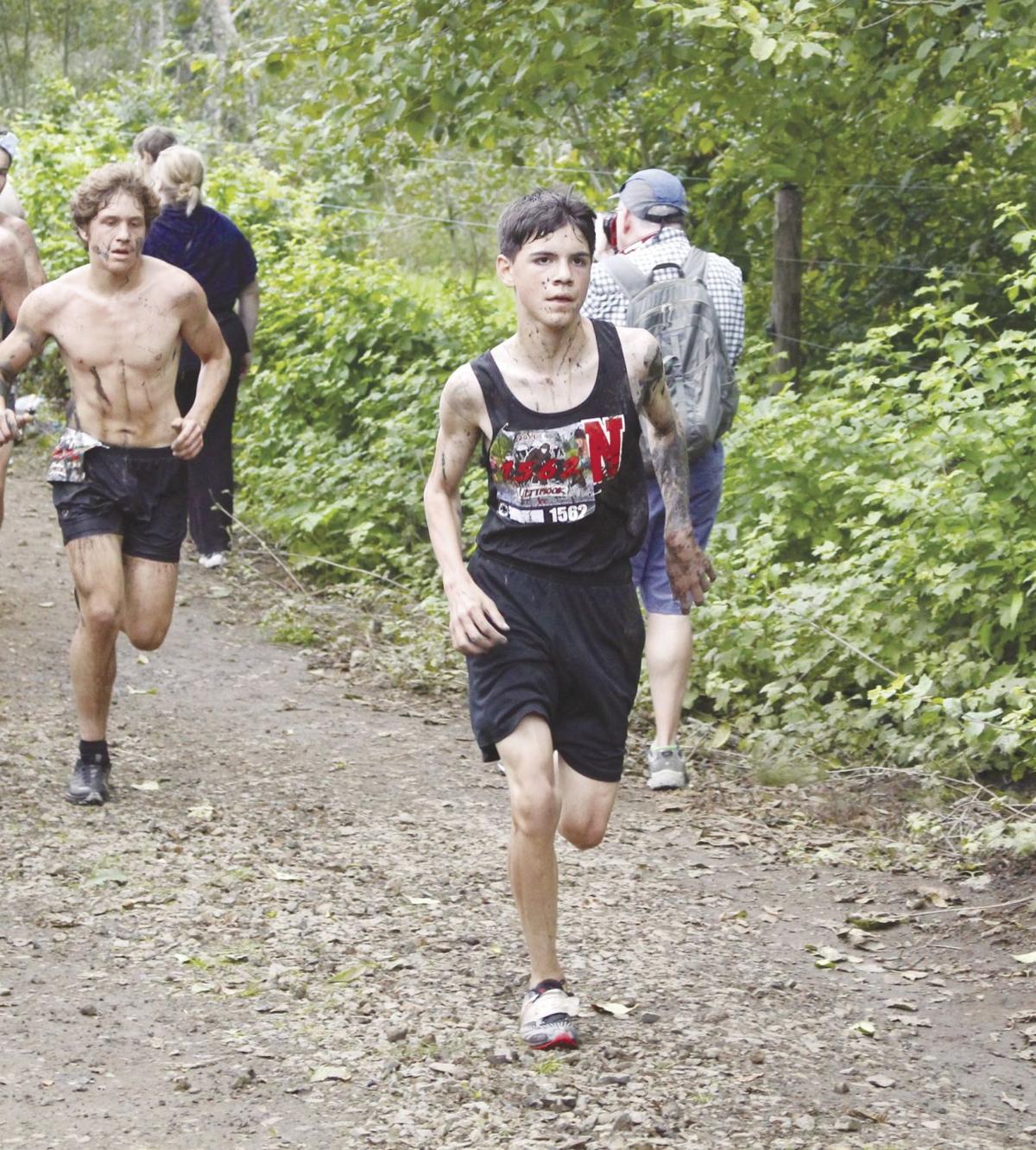 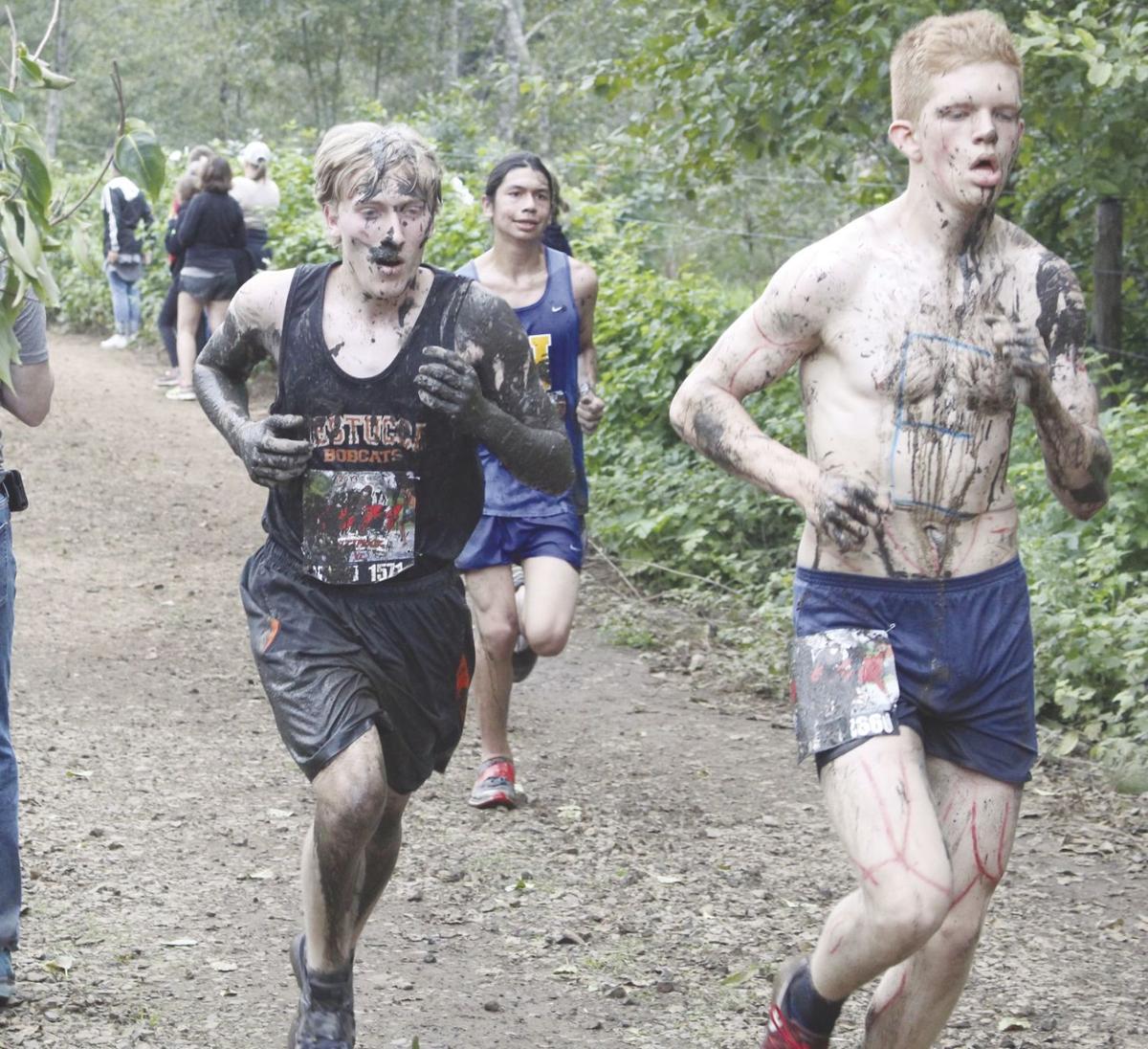 The roar of the crowd at the mud pit of the Ultimook Race this past Saturday told you everything you needed to know about why this race is the most popular early season cross country meet in the Northwest. Teams from as far as Arizona, California, Idaho, and Washington ventured to Tillamook to take part in a rite of passage of cross country runners.

In total, there were 110 high school and middle school teams, 2,860 athletes, and nearly 500 campers that participated in the Ultimook Race.

The race features a mud pit, two river crossings, wood-chipped trails, and fields of flowers. “Sometimes I wonder why the Ultimook Race has become so popular,” said head coach Patrick Zweifel, “but then I hear the roar of the crowd when runners enter the mud pit and I’m reminded that kids just want a real cross country experience. As kids come clawing out of the mud pit it is rare that one isn’t smiling,” he said.

“I thought of all my favorite races in high school and I put elements of all those races into the Ultimook,” said Zweifel. “I’m proud that Tillamook Cross Country has such a large impact on our sport. For many athletes who attend, it will be the highlight of their cross country experience.”

“I’m told over and over by coaches that kids are coming out for cross country for an opportunity to run the Ultimook Race—they tell me it is their best recruiting tool,” Zweifel said. “It’s very fulfilling to me that we’re able to offer such a great experience to so many young athletes.”

“Over the past eight years we’ve had hundreds of parent and community volunteers, and we’ve all had a great impact on this race. There’s a whole community that has made it work,” Zweifel said.

The Tillamook girls won the 1A-4A division, in front of 17 other teams, beating Philomath by just one point. Senior Solace Bergeron was the 3rd girl across the line in a time of 20:14.08 and Junior Sarah Pullen 4th in 20:35.18. Catlin Gable’s Lilia Fenner won the race in 19:13.70, the fastest time of the day among all division, with 4A rival from Philomath SeniorHannah Hernandez finishing second.

“We’ve seen Hannah run fast early the past three year’s and by the time State comes around Solace has always found a way to beat her.” Solace and Sarah are both training well and I’m hopefully they will continue to progress throughout the season.

Whitney Averill was the 3rd Tillamook girl across the line followed by Chloe Riger and Nina Zweifel. Autumn Patching and Paige Ross rounded off the varisty girls team.

The boys finished 10th out 34 teams and have “a lot of work to be done,” according to Zweifel. “Four of our top six runners are either not racing or compromised at this this time, which is discouraging after having such a productive summer.”

“Sometimes it’s more fun to not look so good on paper and then keep sneaking up on other teams throughout the season. Many of us will get drastically better with each race and we’ll be in trophy contention by the end of the season.”

Junior Marshall Bush was the leading runner, finishing seventh, with a time of 17:24.08. Dexter Patching, whose had a stress fracture since last March, made his debut back to racing by finishing second for the team in 18:45.81. “Dexter’s a senior and I look forward to his progress and to see how close to Bush he can get.”

Riley Cloyd, Johnathan Gingrich, Ethan Obrist, and Edgar Estrada rounded out the rest of the squad, finishing very close to each other. “Running in a pack is great, we just need to close the gap between Dexter and this pack to be competitive.”

Neither Nestucca or Neah-Kah-Nie girls fielded a full varsity squad to score, but Dinah Schultz, Rheanne Bryant, Emma Murphy, and Olivia Hooley were the top finishers for Neah-Kah-Nie and Lauryn Dunn and Bethany Ziegler were the top runners for Nestucca. Elite runner Jordan White from Neah-Kah-Nie was out with a hip flexor issue but will be back soon.

“I really want to thank all the parent and community volunteers that help make this such a special race. Certainly it’s a year round job for me to put on the race, but without such a crowd of helpers on Friday and Saturday, we wouldn’t be able to put on such a quality race,” Zweifel added.

Let turtles cross the road; nesting habitat is key to their survival

Tech Tuesday: Building a Digital Defense in the Cloud

Let turtles cross the road; nesting habitat is key to their survival

Tech Tuesday: Building a Digital Defense in the Cloud

End of a chapter, beginning of a new one for Art Accelerated