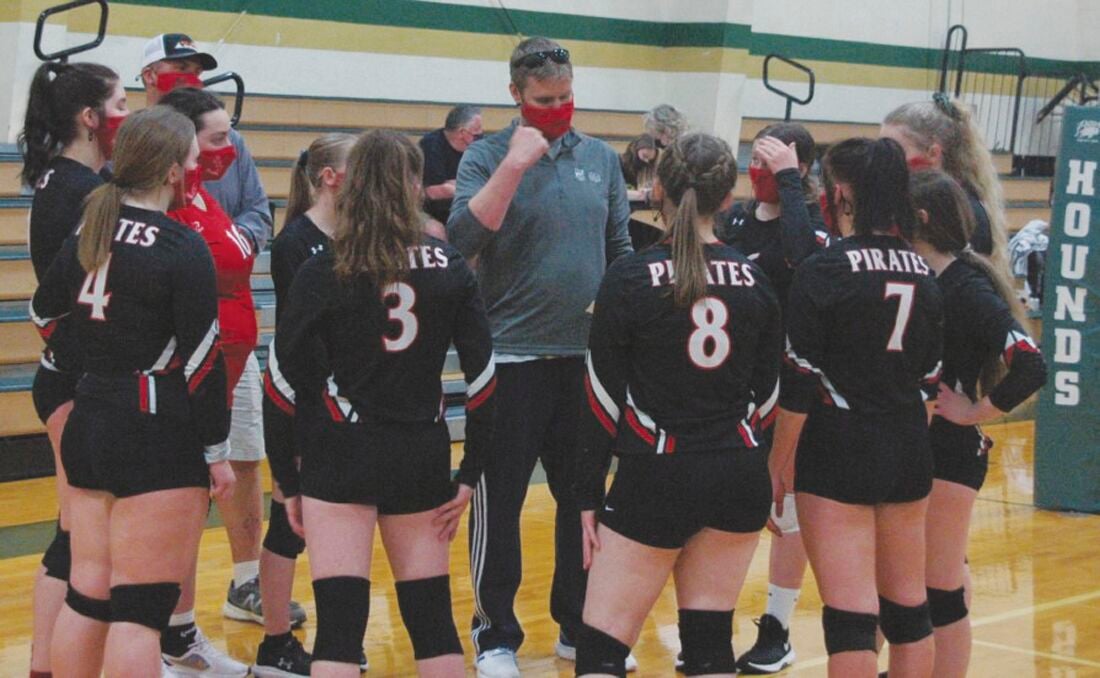 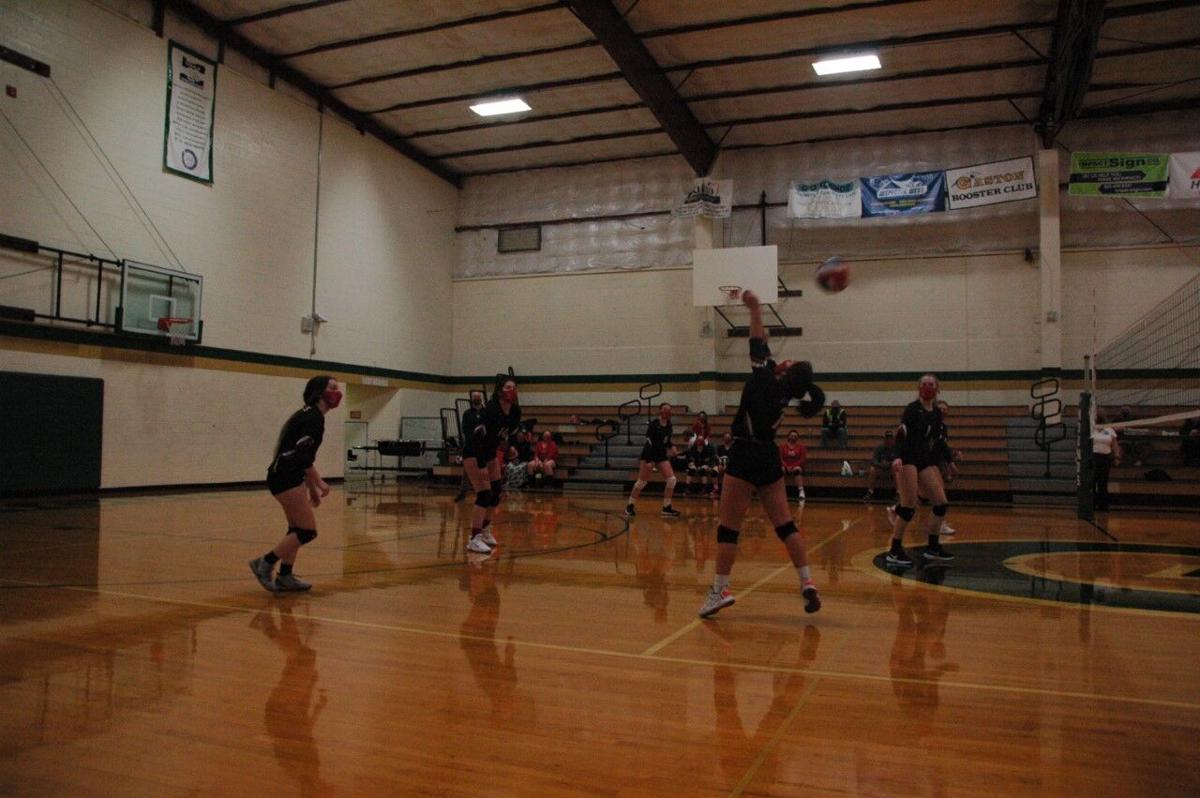 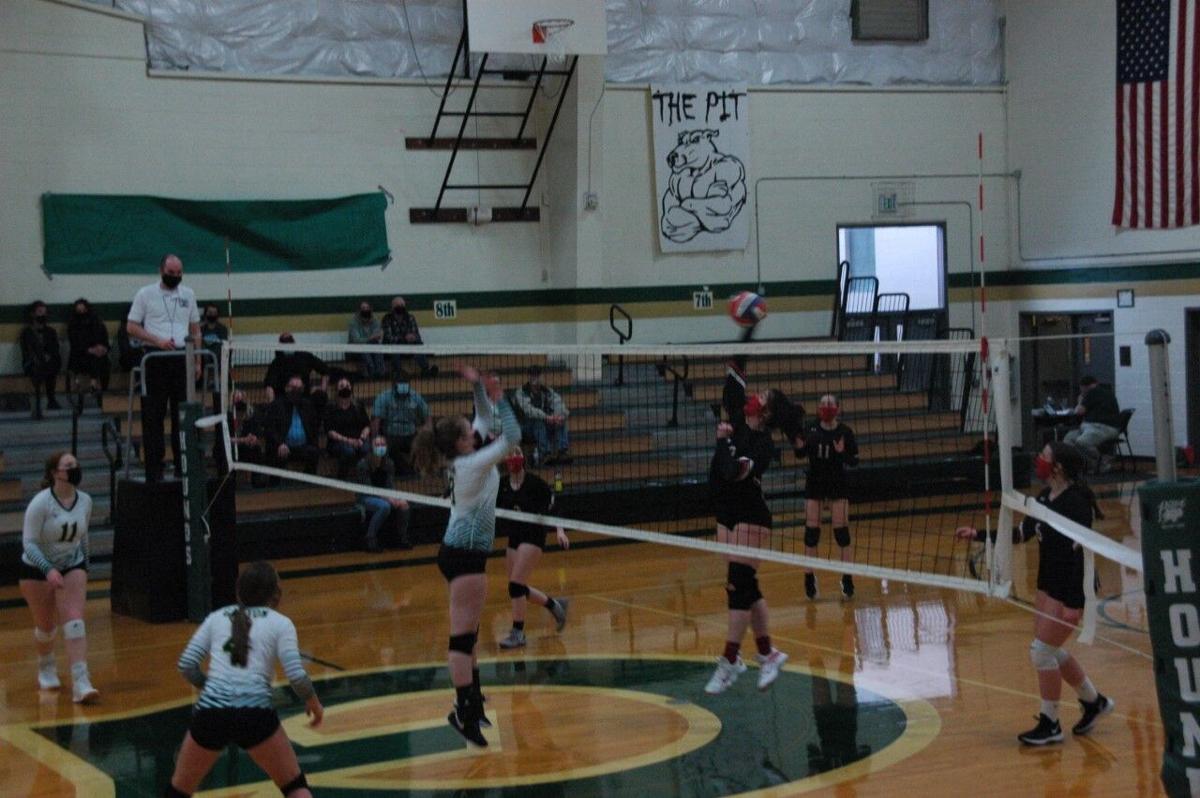 For the Neah-Kah-Nie Pirates, they faced their strongest opponent this year in a Class 2A Northwest League volleyball contest against the undefeated Gaston Greyhounds. Although considered as underdogs, the Lady Pirates (0-5 NWL, 0-8 overall), had hoped to possibly get an upset win against the highly regarded Greyhounds (7-0 NWL, 8-0 overall).

The Pirates, guided by assistant coach Corey Douma, will try to get their first win Tuesday, March 30, when they meet the Nestucca Bobcats (1-4 NWL, 1-5 overall) in a 6:30 p.m. contest at Neah-Kah-Nie High School. This final home game of the year will include a Senior Night ceremony to honor Pirate seniors. The Pirates conclude the 11-game season with 6:30 p.m. road game Thursday against the Knappa Loggers (3-4 NWL, 4-5 overall) followed by the season finale Friday Nestucca.

"They (Greyhounds) are a very good team and they can serve well, they hit good and they're very solid an every aspect of the game," said Douma. "It sure is good for us to just be getting back out here and playing volleyball and any playing time we get right now is just a bonus, since it will help us as we get ready for next season. We're a fairly young team and we're still learning some things, while trying to get over the rust we had from the COVID break."

Gaston, a 2019 OSAA state playoff participant, is one of just two unbeaten teams out of the 47 Class 2A squads. The Greyhounds took control in the first set while jumping out to an insurmountable 17-0 lead, forcing a Pirate timeout Neah-Kah-Nie got its first point on a Greyhound serving error, making it 17-1. Pirate junior Hailey Ernst helped provide her team with a little momentum when she served an ace, making it 21-4. Gaston scored the final four points in a lopsided 25-4 victory.

"Gaston is a great team and I love playing against them, because it helps make us a better team," said Ernst. "I love serving because it's an easy way to get points and if you have strong serving, then it's always going to be a good game. It's amazing to be playing and I love being out here on the court with my teammates. Each and everyone of us brings something good to the team and we respond well to each other's positive energy."

The Pirates had a much improved performance in the second set. Gaston built 6-2 lead, but the Pirates fought back, trimming the margin to 8-5 on a kill by junior Emma Miller. The PIrates inched even closer when junior Maddie Hopkins served an ace and Neah-Kah-Nie was within two at 9-7. Gaston answered with a 6-0 run though, to regain the momentum with a 15-7 advantage, forcing a timeout by Douma.

"It definitely does mean a lot to us to be out on the court again," said Miller. "Even if we haven't had the best season, it's nice to be surrounded by friends and have fun playing the sports we love. We haven't played Nestucca yet, so we're hoping to win a game against them and that would be a lot of fun, so that's our goal."

Neah-Kah-Nie again had a good start in the third set and trailed just 4-3. After a 5-0 Gaston run made it 9-3, Miller had solid hit to make it 9-4. Another 5-0 Gaston run lifted the Greyhounds in front by double digits at 14-4, forcing a Pirate timeout.

After trading points, it was 15-5. The Greyhounds heighth advantage was just something that was too much to overcome for Neah-Kah-Nie. Gaston's 6-foot-4 junior Mackenzie Berger was able to consistently pound balls to the floor for kills and score points and she helped lead the Greyhounds on a 10-4 run, for the third set win and sweep.