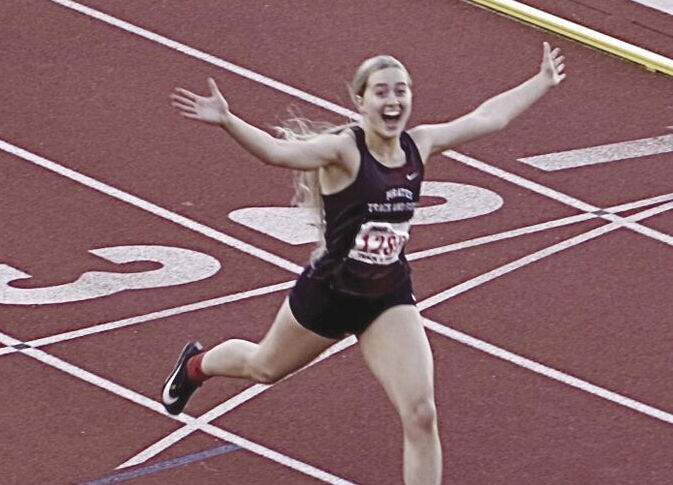 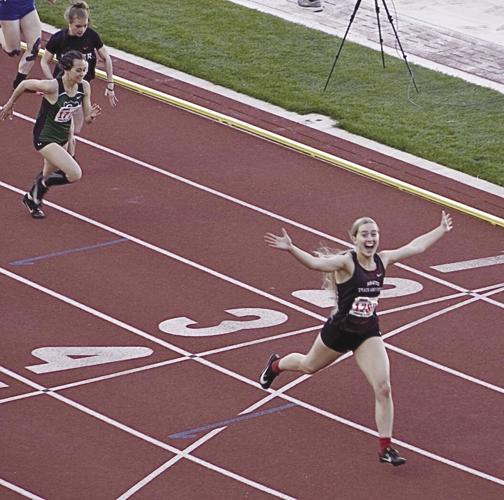 Returning from a 2021 Track and Field State Championship, Neah-Kah-Nie High School student athlete Emma Miller’s eyes were set on defending her title in the 2022 2A Girl’s 100-meter dash- as well as on adding two titles in separate events- the 200 meter dash and the 100 meter hurdles.

She knew winning all three at districts would put her in the running for district athlete of the year, and possibly the 2A Girls State Championship Athlete of the Meet. In an early season conversation, she stated, “I hadn’t ran the hurdles for quite a while, and it would be an honor to win all three (at state), but I never thought it would be a possibility.”

Finally, even though she came into the state meet ranked seventh in the 100-meter hurdles, over the course of the preliminary and final 100-meter hurdle races she dropped over a second off her hurdle personal record. During the 100 hurdles a mid-race surge from Olivia Boyd of Gervais made the finish seem like it was going to be close, but Boyd never took the lead after hitting hurdle 7, and Miller cruised to victory with a time of 16.23.

There were several athletes in contention for the 2A Girls State Athlete of the Meet, but Miller made a move in her anchor leg of the 4x100 meter relay that sealed her fate. Taking the baton in seventh place, she passed four other girls to settle her team into a 3rd place spot. Unknown at the time, by passing and beating the Regis team, specifically their anchor Whitley Stepp by 4 hundredths of a second, she won the coveted athlete of the meet award.

Miller’s efforts, along with her relay team of Bella Simmons (who competed at state in the High Jump), Mariana Cota (who placed 8th in the 200), and Payton White (who placed 4th in the 100 hurdles), lead the girls team to a fourth place finish.

Miller is also an extremely successful student. On top of a 4.329 GPA, she is in the Honor Society Club and the Leo’s club secretary at Neah-Kah-Nie. Along with her extra-curricular activities, she has taken challenging courses including AP Language and Composition, Dual-Credit Chemistry through Western Oregon, as well as several other dual credit classes. She is attending Ohio State University this fall.