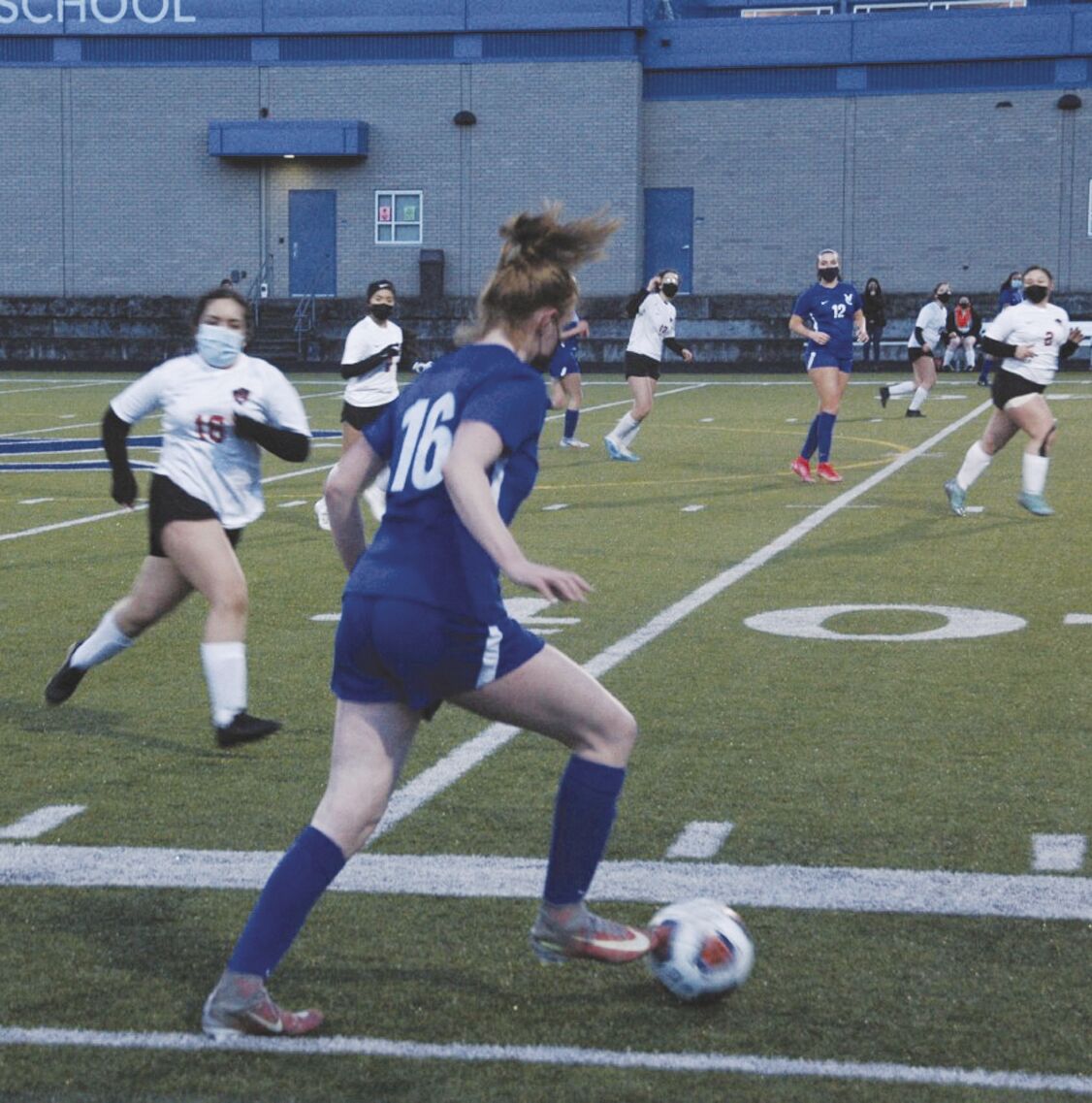 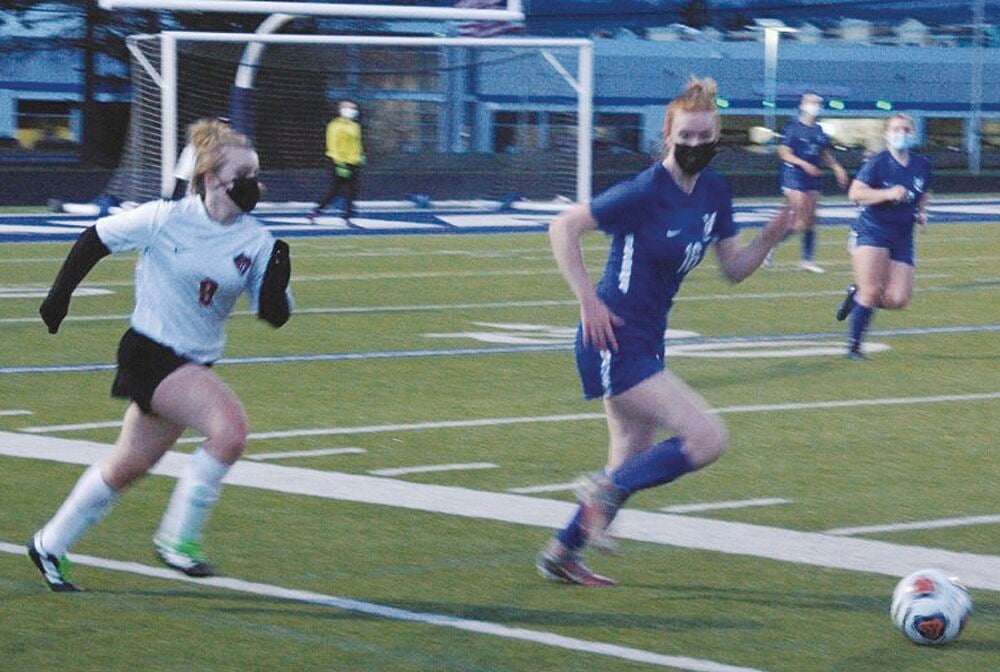 The Tillamook High Cheesemakers girls soccer team was seeking to possibly get its first win of the season as they met the Valley Catholic Valiants in a Class 4A Cowapa League contest Tuesday.

The Cheesemakers (0-2-1), guided by third year coach Hannah Snow Roberts, played extremely tough throughout, but were unable to handle a strong Valiants (3-0) squad which won 6-0 at Valley Catholic High School in Beaverton.

"I'm just really happy that we're able to have everyone out on the field today playing soccer again," said Snow Roberts. "We're just very happy to be able to play this season and I'm so happy to have all of my girls back on the field together, so that was good to see. Our goalkeeper Gabriella did a great job today. It's been a difficult season, but I'm very happy that our seniors get to play again. Everyone was really looking forward to playing soccer and I'm just glad that things worked out so well for us."

The Cheesemakers played at home versus the Banks Braves (1-1) Thursday at 6 p.m (results unavailable), which is followed by road games Mar. 15 at Rainier/Clatskanie and Mar. 17 at home versus Astoria.

Midway through the first half, it was a scoreless game as Tillamook played solid defensively, led by talented sophomore goalkeeper Gabriella Garcia (12 saves) and defenders Daisy Valencia, Kelcey Garcia, Athena Smith, Angelica Valencia, Marissa Velazquez Villa and Joselin Delatorre. Gabriella Garcia made numerous leaping and diving saves to the ground while displaying her talented athletic ability in front of the net.

"It was a very fun game, but we were missing six starters, who were unable to play because of injuries, which made it a really difficult situation for us," Angelica Valencia. "We'll play them again in a couple of weeks (Mar. 25) at home and we hope to have everyone back for that game. I played goalkeeper for the first time ever in my soccer career, to that was really fun."

The Mooks battled the Valiants tough for 20 of the first 40 minutes of the first half. However, the Valiants, a 2019 state playoff squad, scored a goal in the 21st minute on a hard shot that Gabriella Garcia was unable to stop for a 1-0 advantage. Valley Catholic then went up 2-0 in the 25th minute.

"I'm really glad that we're able to have play soccer because I was worried that we might not have been able to play this season," said Leslie Marquez. "I knew that our school would do something special for us, especially for the seniors so that we could have a season this year."

"We're a young team and we have five freshmen on our team too, so we're kind of getting used to playing with them, " said Daisy Valencia. "We're still trying to figure out each other and we're trying to work on our communication too. I think when we get everyone healthy and back on the field playing, we'll have a chance to beat them (Valiants) when we play them again."

The Mooks were unable to stop the impressive Valiants offensive attack as Valley Catholic then scored three more goals in the next 11 minutes to build a 5-0 lead with four minutes remaining in the first half.

That was the only time the Valiants scored in the second half, but the 6-0 lead was certainly insurmountable, particularly for the shorthanded Mooks, who were playing without six starters, who were unable to play.

The Mooks had their best scoring opportunity in the 57th minute. Following a Valley Catholic foul, Tillamook received a free kick from 21 yards out. Mooks sophomore midfielder Katherine Manderson hammered the kick towards the goal on a solid shot, but Valiant senior goalkeeper Josie Napoli was in position to make the save to help preserve Valley Catholic's shutout.