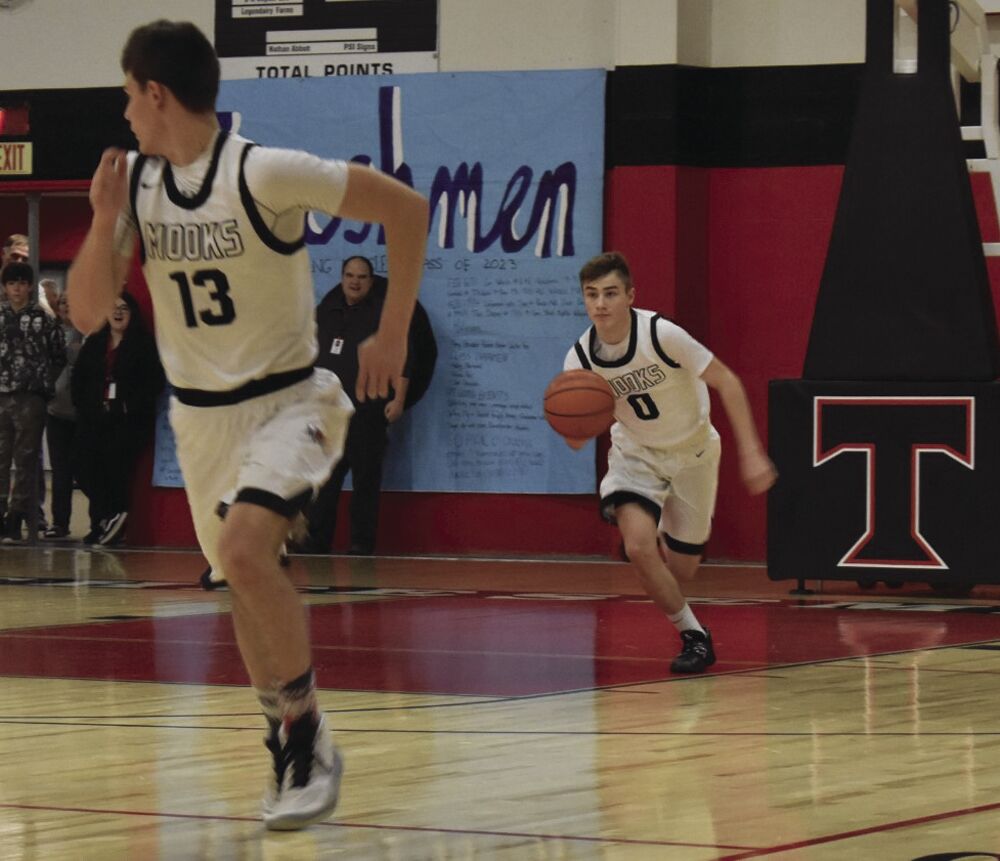 Trask Veek-Petersen pushes the ball up court while Marshall Allen Jr. looks for a pass in action last season. Petersen and Allen are returning this year and expected to lead the Mooks offensive attack. 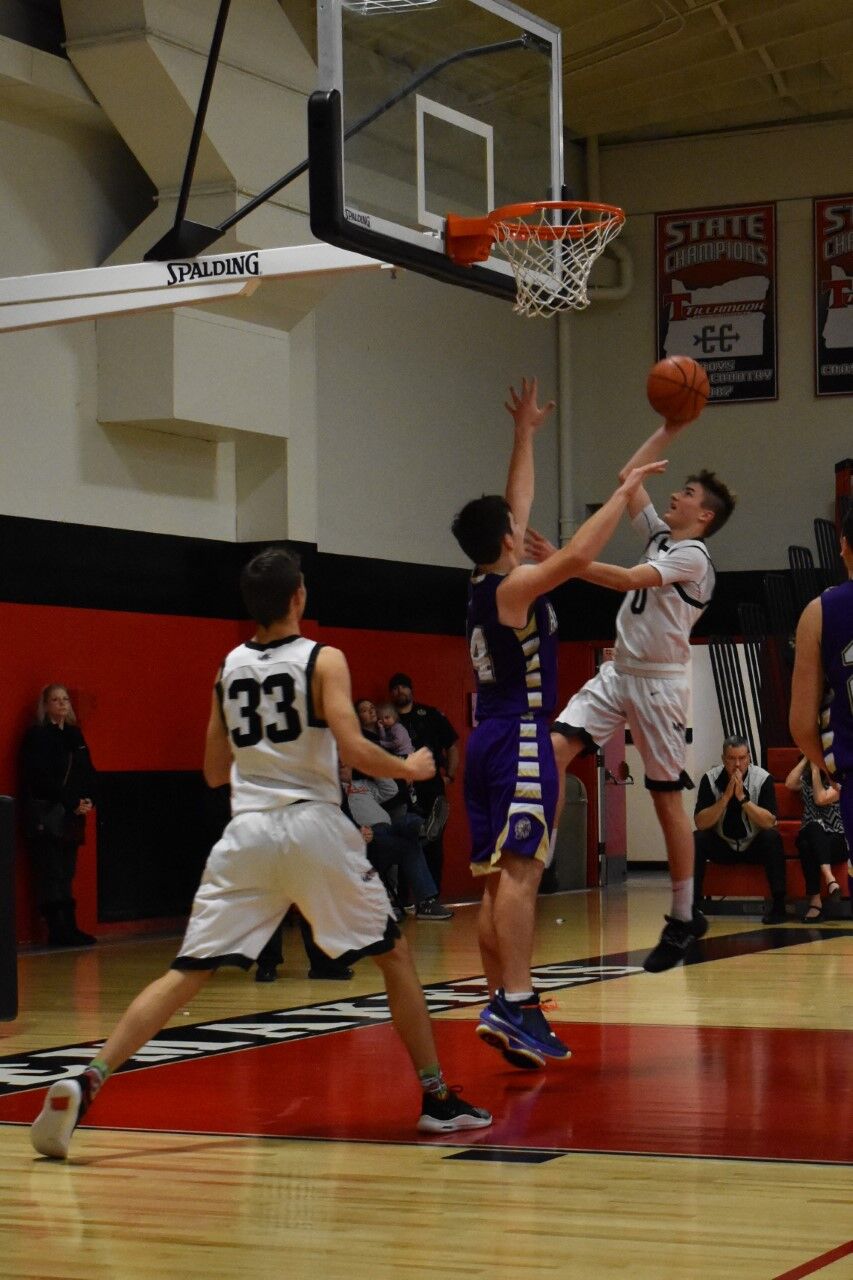 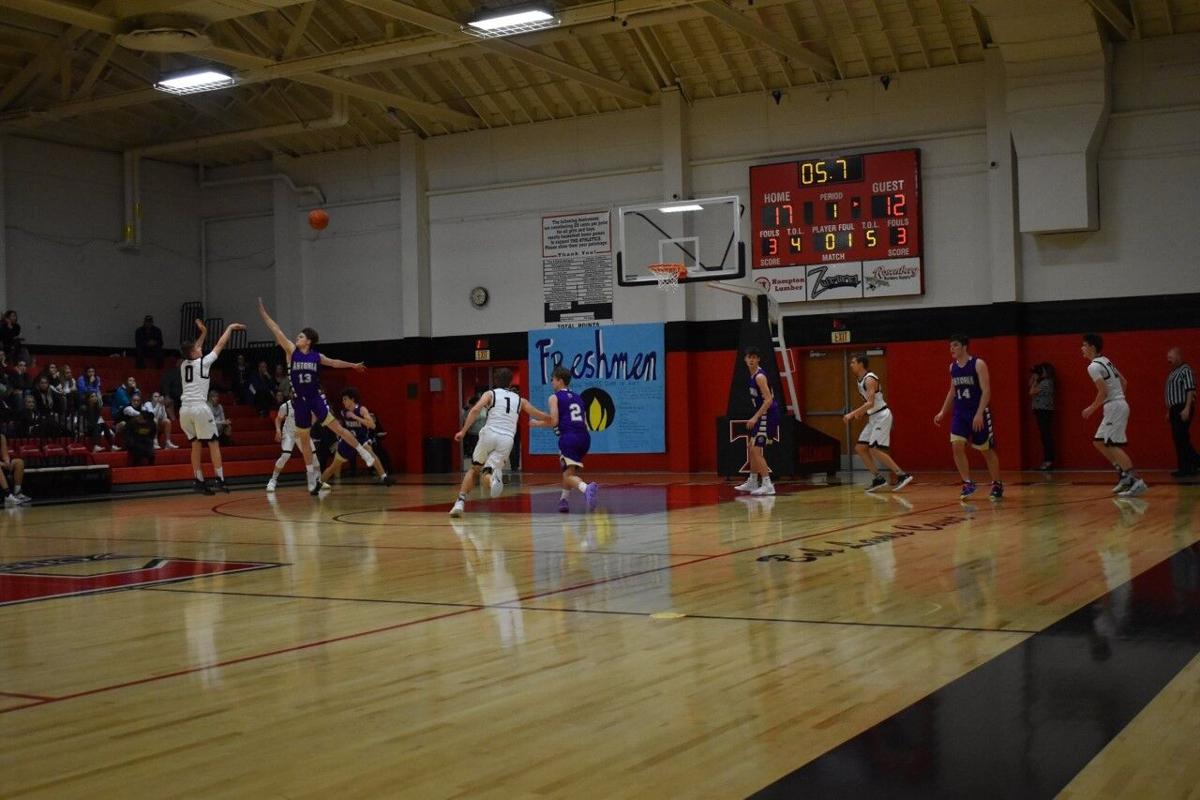 Trask Veek-Petersen pushes the ball up court while Marshall Allen Jr. looks for a pass in action last season. Petersen and Allen are returning this year and expected to lead the Mooks offensive attack.

When sports resumes at Tillamook High School, two standouts on the basketball team are returning that should give the Cheesemakers the one two punch needed to finish on top of the Cowapa League.

With the pandemic continuing this year, prep sports are on hold in Oregon, at least until the end of the year and perhaps beyond. That’s not stopping Trask Veek-Petersen, who is a sophomore and Marshall Allen Jr. a junior, from upping their game, working out and playing on a traveling team over in the valley.

Both are playing with Elite 24, a league of top high school athletes who travel to play others standouts. The team has been to Idaho, have plans to play in Phoenix, Utah and Las Vegas to play in tournaments if permitted by pandemic orders.

But with little to no local outlets to keep their game in mid-season form, they have been training weekly out in Portland with some of the top trainers in the Northwest. Trainers who train athletes like Payton Pritchard and Terrance Jones. They are getting in the gym with older players and college athletes.

• Trask and Marshall both had 30 point games during the season

• Marshall and Trask have not taken any time off of basketball during the pandemic.

Wellness: Stress coping strategies during and after the pandemic