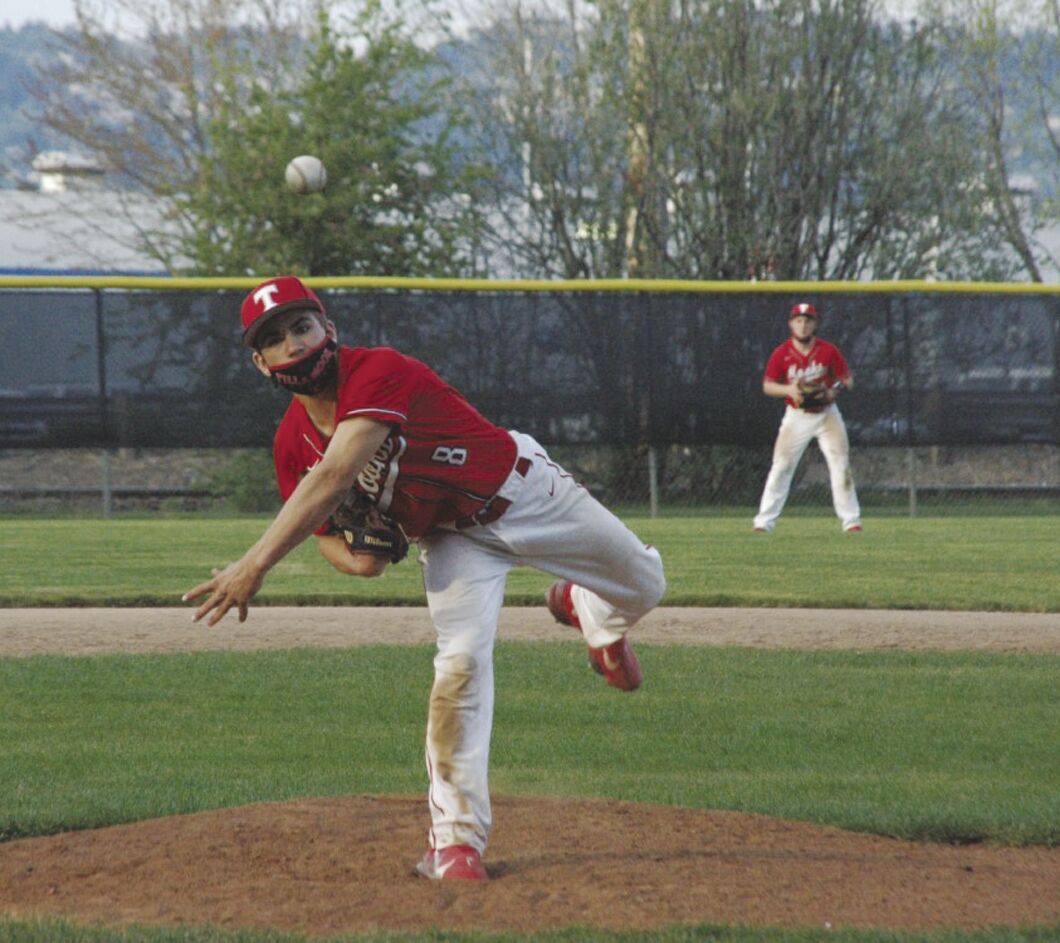 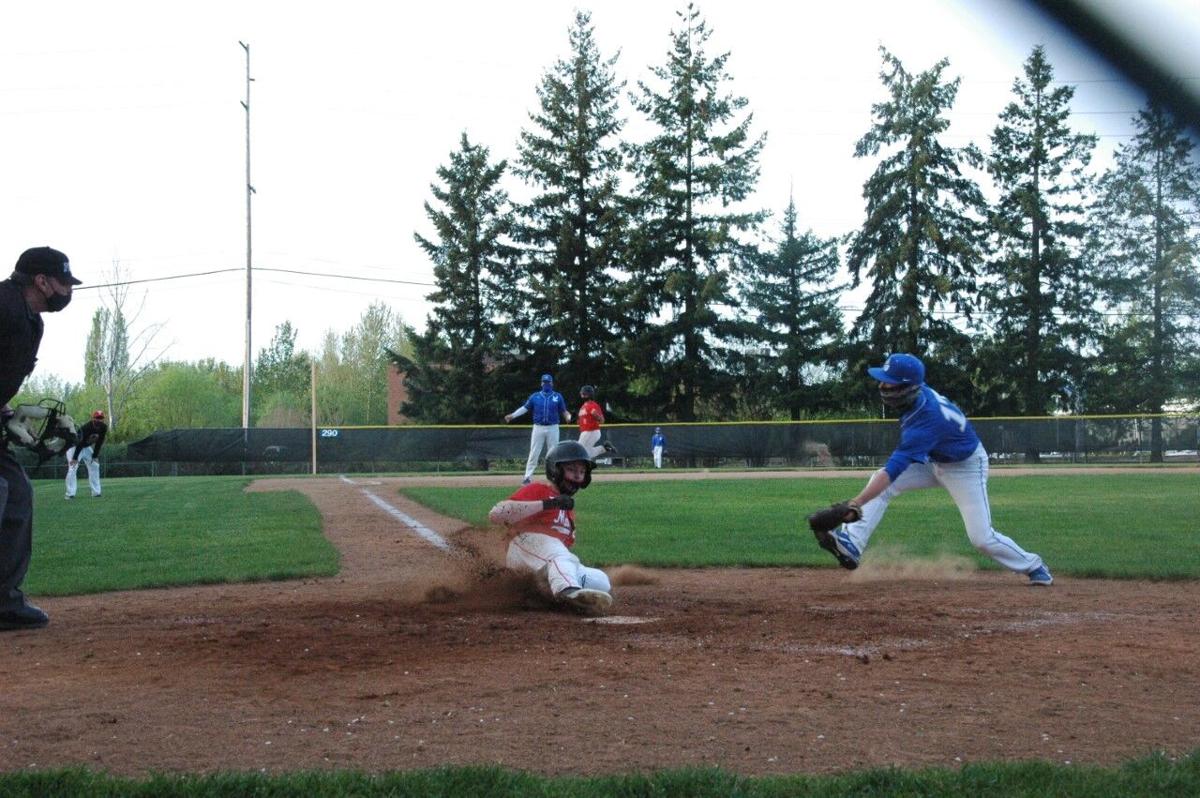 Tillamook sophomore left-handed pitcher Parker Mckibbin had an absolutely stellar performance with a career-high 10 strikeouts and he scattered six hits while allowing just three earned runs to help lead the Mooks to the victory.

"This was probably one of my best games that I've ever pitched, everything was working well for me and I felt like I did a pretty good job," said Mckibbin, who kept the Valiants off balance while throwing fastballs, curveballs and changeups. "It felt pretty good to come back and win, especially since we lost our last game (a 9-5 loss at home to Seaside April 19), so this was really a fun game. I was just trying to stay focused and throw strikes and when they did hit the ball, my teammates did the work on defense."

The Cheesemakers, guided by first-year coach Matt Strang, play the seventh contest of their 13-game schedule Thursday at home at 4 p.m. versus the Class 3A Rainier Columbians (4-0 Special District 2) at Tillamook High School.

"We kind of realized that hitting was our weakness, so that's what we've been working on every day at practice," said Strang. "Obviously, these pitchers (Valiants) are not at the same level as the Banks pitchers are. I'm glad that we were hitting the ball hard, running the bases well and putting 19 runs on the scoreboard was great."

Tillamook plays a 5 p.m. matchup May 3 at home against the Astoria Fishermen (1-3), followed by another game against Astoria May 5 at 5 p.m. at Astoria High School. The Mooks won 3-2 over Astoria in the first matchup between the two squads on April 17 at Astoria, which marked Tillamooks first win over the Fishermen since 2013. It was a special victory for Strang too since it marked the first win of his coaching career.

The Mooks bounced back after a 9-5 loss at home April 19 against the Seaside Seagulls (2-2) and came-from-behind to get the impressive double-digit victory over the Valiants last Wednesday.

"Our pitcher (Mckibbin) had a really good game and he's been a real workhorse for us and he just had an awesome performance," said Strang. "I'm really proud of these guys for getting a big win like this. which helps keep us near the top of the standings. Everyone is chasing Banks right now though and they're a really good team."

Tillamook jumped in front in the first inning, highlighted by a two-RBI double by sophomore catcher Bryce Hamerl (2-for-5, five RBI, two doubles) putting the Mooks up 2-0. Valley Catholic responded by scoring three runs in the bottom half of the frame, to take a 3-2 advantage after one inning.

Tillamook knotted it 3-3 in the top of the third on an RBI single by junior Junior Gonzales (3-for-4, RBI, two runs scored), driving home sophomore Trask Petersen (3-for-3, RBI, three singles), who earlier reached base on a walk.

In the bottom half of the inning, Hamerl had a stellar defensive play in helping to slow the Valiant offense as he threw a baserunner out at second base who was trying to steal and it remained 3-3.

Tillamook then regained the lead in the third as Hamerl's RBI double and an RBI single by sophomore Tyler Mocrief (2-for-3, two RBI) put the Mooks up 5-3. Valley Catholic added a run in the bottom of the inning, making it 5-4.

Both squads scored three runs in the fourth and it remained a one run lead for the Mooks at 8-7 after four innings.

Tillamook then took control of the contest with an eight-run, fifth-inning offensive explosion, highlighted by Mckibbin's two RBI triple and a two RBI double by senior Isaac Hornbeak (5-for-6, five RBI, four singles, home run). The Mooks batted around their lineup with a total of 12 batters going to the plate where they faced three Valiant pitchers.

"We did a pretty good job of hitting today and it was the best we've done so far this season," said Hornbeak, who hit a seventh inning homer. "We had some trouble batting earlier in the season, but we've been practicing quite a bit recently and we've been working hard to improve. I'm pretty excited to see good we're playing right now."

The Mooks benefited from three walks and they pounded seven hits to take a 16-7 lead. Mckibbin struck out two batters in the bottom half of the frame to help thwart the Valiants offense.

In a scoreless sixth, Hamerl again had another defensive highlight in throwing a Valiant baserunner out at third on a failed steal attempt. Tillamook senior relief pitcher Dylan Bergin didn't allow any hits and he helped prevent the Valiants from scoring in the last two innings with a strong effort on the mound.