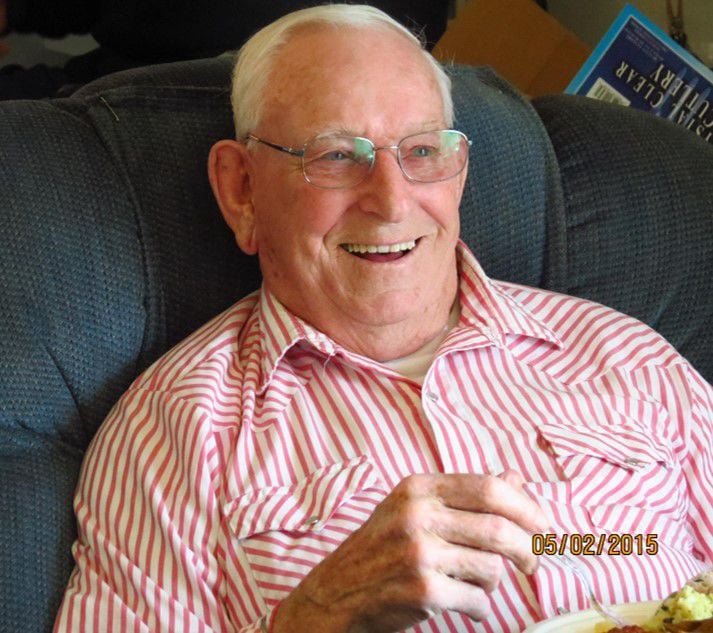 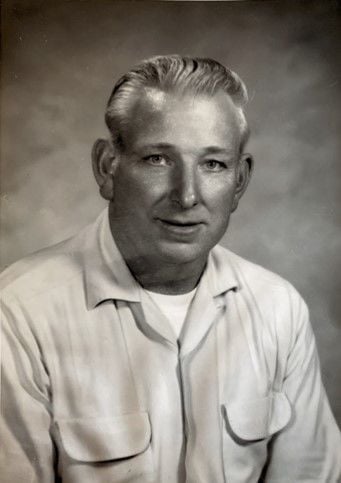 Derral Braden was born to Margaret and Floyd Braden May 5th, 1925 in Tillamook, Oregon. He was the youngest of six children (siblings-Iola, Leonard, Ralph, Floyd and, Doris). As a child growing up in the depression, Derral developed his skills as a farmer and had an aptitude for resourcefulness that would later contribute to his entrepreneurial success. He never talked in great detail about his childhood. From what he described; he saw himself as a shy child with an affinity for sports. He would run wherever he needed to go, and on occasion once he got there, he sometimes would keep going for the heck of it. That never-ending energy and ambition are what he would later be known for.

On his 18th birthday, while celebrating in his family's living room, Derral received his official draft papers for WWII. Two weeks after tying up loose ends Derral left all he knew and headed to basic training, where he would follow in the steps of his brothers who already received the call to war. May 18th, 1944, he departed for the Asian Pacific by ship and would not arrive until June 5th of 1944. Later in life he would joyfully describe preparing meals for the crew as a cook. He described life aboard the ship as tough. It consisted of rigorous drills that left him with a fear of the water due to nearly drowning, cabin fever and sea sickness. After experiencing the perils of warfare on the front lines in the Philippines, his platoon was later deployed to Japan arriving days after the atomic bombs were released. The devastation of the site haunted Derral.

In 1946 Derral returned from the war to his hometown of Tillamook to be with his wife Dorothy Braden. January 29th, 1948, they celebrated the arrival of his first son, Donald Braden. During this time, Derral continued to hone his farming skills and his passion for horse racing.

It was in 1957 at Joe’s Café near Portland Meadows, that Derral would meet his wife of 57 years Jane, thanks to the introduction from their mutual friend, Derral’s brother, Ralph. Oct. 12, 1957 Derral and Jane were married. Through marriage Derral was blessed with two more children, Ann and LeRoy. In 1960 their family grew, adding their daughter Darlene and in 1964, their son Mark.

Around this time Derral and his family started Braden Bros. Slaughter House. The business, along with auctioneering, farming and farrier services helped ensure that his family was well provided for. He was truly a jack-of-all trades who knew how to balance life. At lunch he always rushed home to a hot meal provided by Jane and the latest episode of Another World (later Days of Our Lives) that had been pre-recorded for his convenience.

In Derral’s free time you could find him at the barn catering to his race horses. He was a master horseman who had a profound knowledge of treating equine ailments and was always willing to give you advice or lend a helping hand. Derral purchased his first race horse Paulinas at the age of 17. He enjoyed the hobby of racing horses with the intermittent help from his brothers Ralph, Floyd and Leonard, who can be seen in many of his early win pictures. His hobby would be a unifying element in the Braden family. Year after year you will find the Braden Family coming together at the Tillamook County Fair to root on Derral’s horses and his daughter Darlene who would most often be riding them and/or training them. Derral loved passing on his love of farming and equine to the younger generation. For 31 years he supported the local 4-H and FFA by providing his services at the Junior Livestock Auction. If you wanted to hear his auctioneering skills, he was always happy to oblige.

How great is it to have our local parks and trails reopening? After a few months of staying home or laying low, we ar… Read more

The Alderbrook Mens Club league is in it’s third week, and the standings are starting to take shape with the Kenworth team playing in the Sout… Read more

Letter: Give police the tools they need

The Alderbrook Mens Club league is in it’s third week, and the standings are starting to take shape with the Kenworth team playing in the Sout… Read more

Elyse passed away peacefully at OHSU June 25, 2020 at the age of 28 after prolonged medical problems. COVID 19 was not a cause. Read more

Letter: Give police the tools they need