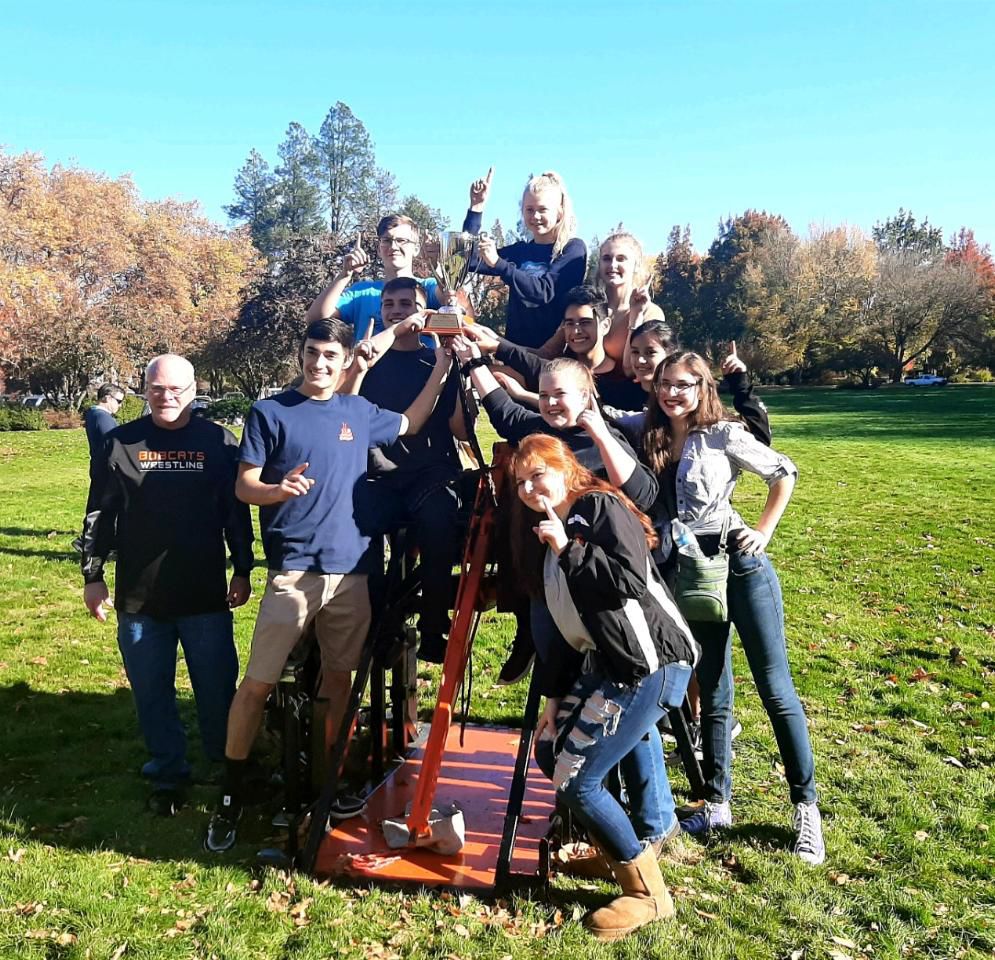 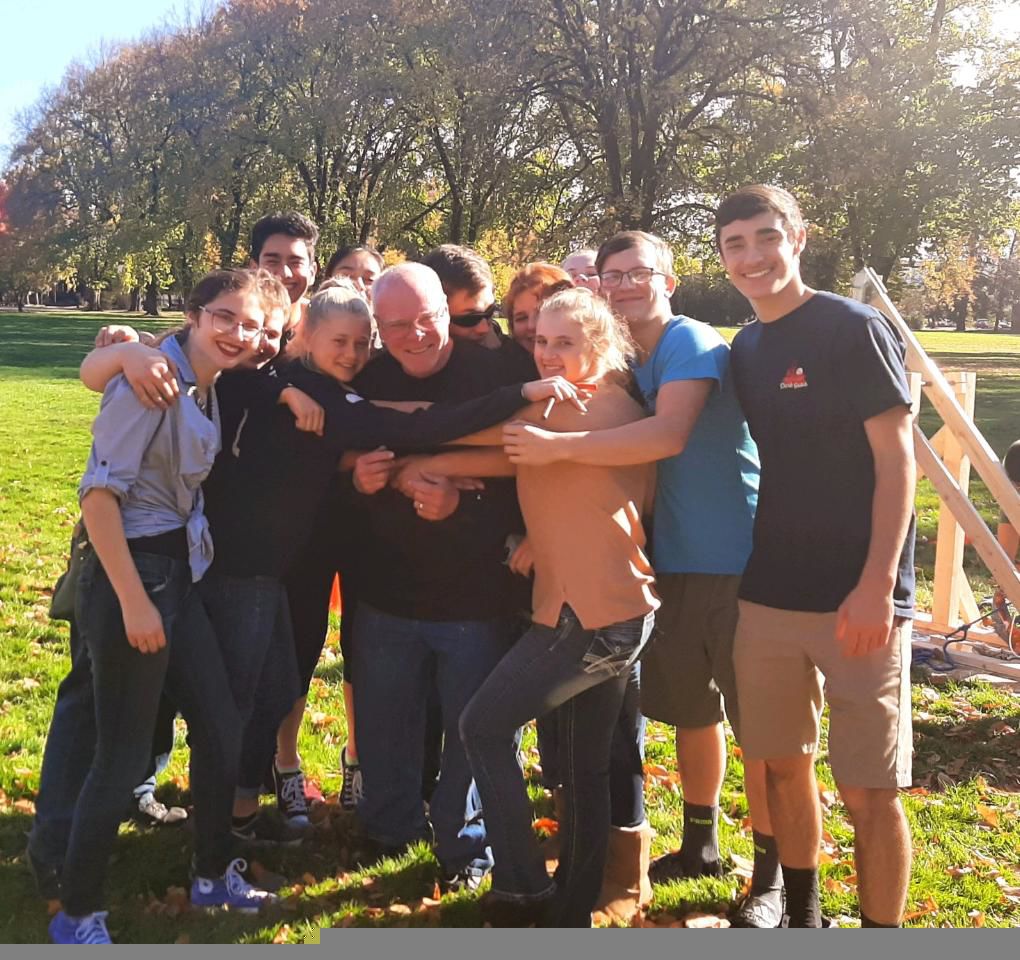 The team gives their teacher, Ron Smith, after winning the Pumpkin Chunkin Contest. 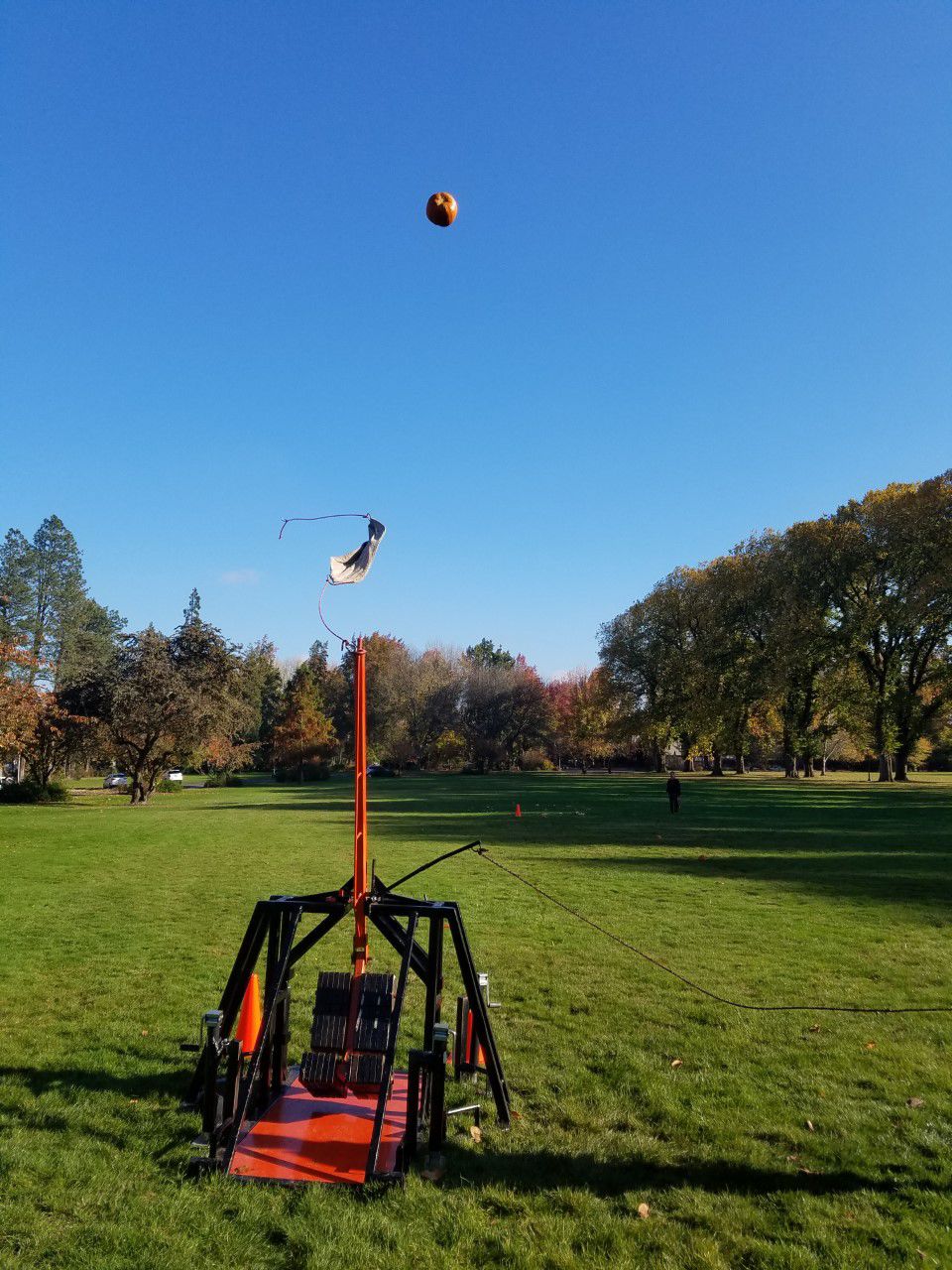 The pumpkin in flight.

The team gives their teacher, Ron Smith, after winning the Pumpkin Chunkin Contest.

The pumpkin in flight.

American Society of Mechanical Engineers at Oregon State University (OSU) hosted their annual Pumpkin Chunkin contest on Nov. 2. The club invites high schools around the state to design and build pumpkin launching machines (such as a catapults, trebuchets and slingshots) to compete in this competition. The goal is to hit a target at a distance of 35 yards. This is an accuracy competition, not a distance competition.

Nestucca High School has handily taken first place in the contest for seven consecutive years. Ron Smith, who teaches Engineering, AutoCAD and Ag Mechanics at the high school, has been taking his students to compete for nine years. Smith believes OSU has held the contest for 10 years.

“It is really difficult to hit the target,” Smith said.

Variations in a pumpkin’s symmetry, for example, play a big role in how well a pumpkin will fly through the air toward the target.

If the pumpkin hits the target, 50 points is awarded. If your pumpkin lands within five feet, 35 points are awarded. 10 feet earns you 20 points, and 15 feet is worth 10 points. The capability of larger points come into play when tossing larger pumpkins; For example, a pumpkin weighing 2 lbs. or less is a 1 point multiplier, while a 10 lb. pumpkin brings a 2 point multiplier. Nestucca Bobcats do things in a big way, making a statement by throwing the larger more difficult pumpkins of 10 lbs. or more and racking up the points!

Smith’s students need to be consistently accurate with their throws. Practice takes place before each annual contest on the Bobcat’s practice football field, after calculations are made in the classroom. Sophomores through seniors participated.

This is Smith’s 27th year teaching students at Nestucca High School, and it is his last year. Mr Smith will be retiring in June.