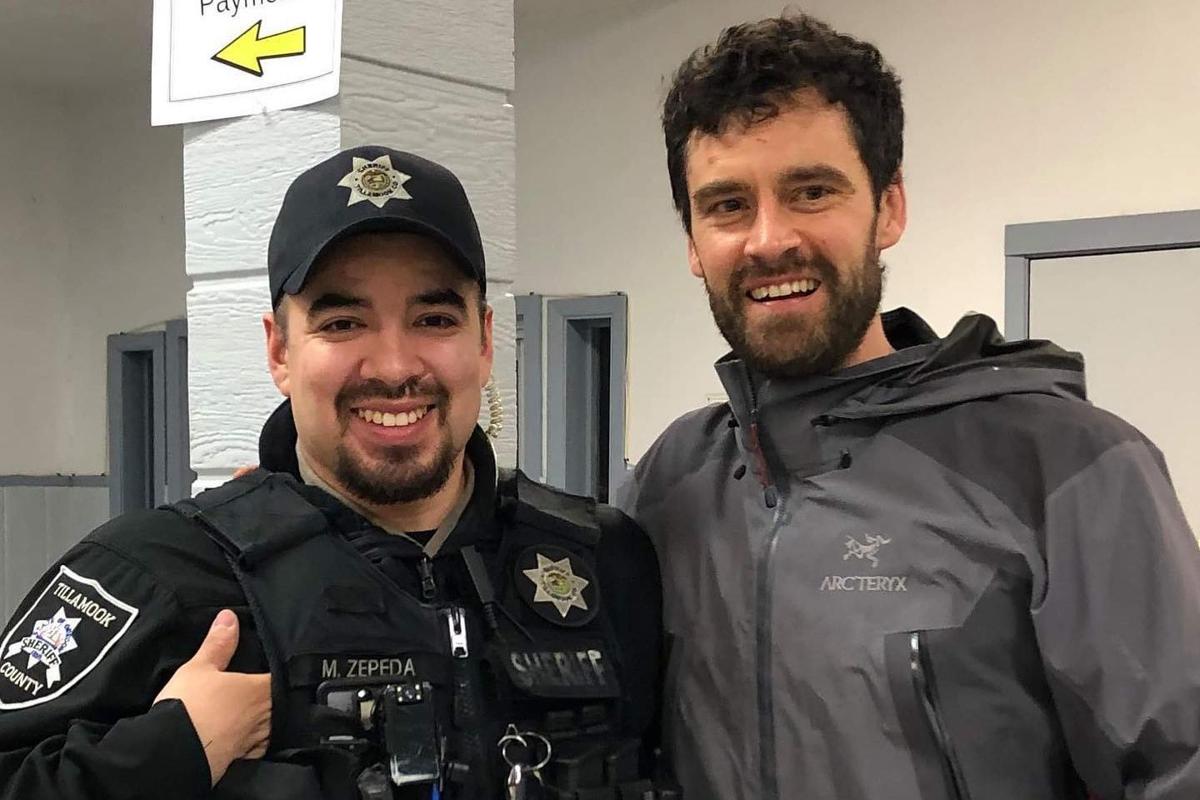 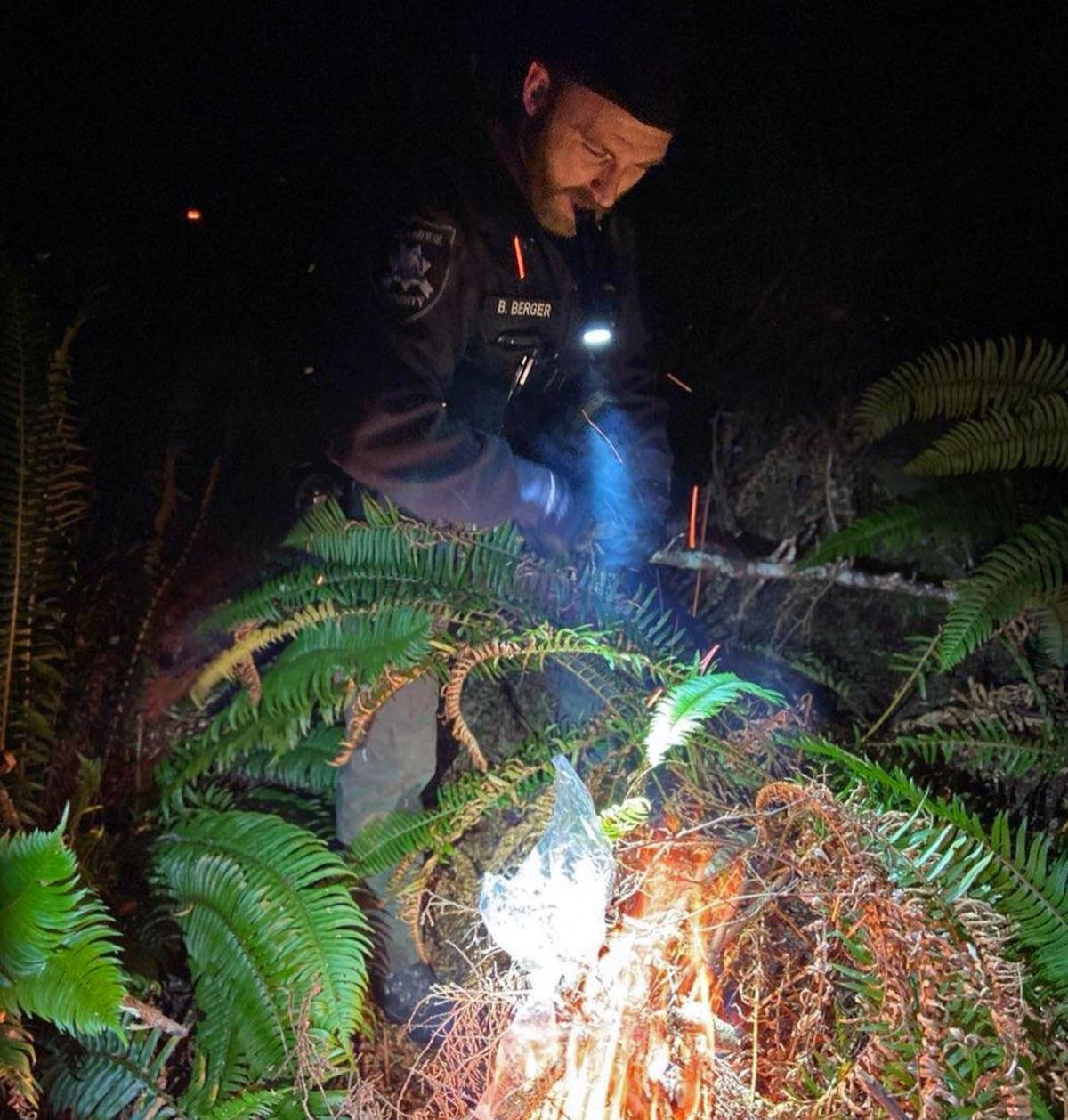 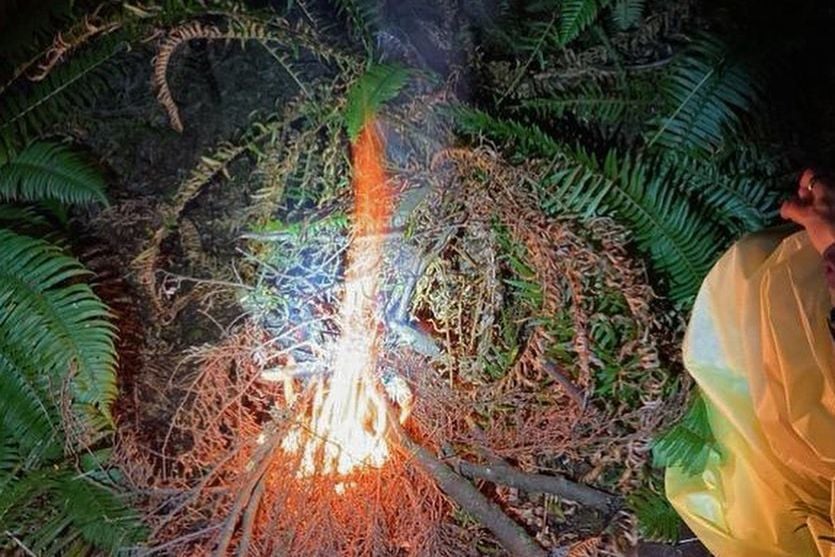 An impromptu warming fire for the rescued man.

An impromptu warming fire for the rescued man.

A man on vacation from Scotland with his wife became lost on a bicycle ride in the Neskowin area and was saved by deputies and searchers from the sheriff’s office.

Around 5:42 p.m. the evening of Friday, Nov. 29, members of the Tillamook County Sheriff’s Office Search and Rescue Team were notified of an overdue bicyclist. The bicyclist, who was identified by authorities as 38-year-old Duncan Russell, set out for an hour-long ride and had not returned three hours later.

With darkness falling, Russell’s wife alerted authorities. Without provisions and unprepared for the rapidly dropping temperature, he could have been in trouble if not for deputies and searchers closing in on his location through his cellphone signal.

Russell reportedly abandoned his bike and hiked through dense foliage to the oceanside cliffs near South Beach Road, south of a water tower. Search and Rescue members and deputies spent an hour and a half hiking in, reaching Russell just after 8:30 p.m. They warmed him up before aiding him in the hike out to his wife and where emergency responders could evaluate him.

Russell was later seen attending the Search and Rescue fundraising dinner auction. He posed for a photo with one of the deputies who helped find him.

A sheriff’s office spokesman said the rescue showed the importance of preparation, dressing for the weather, and the need to carry supplies such as food and water even for short excursions. A fully charged GPS device or cellphone should also be carried, and always tell someone where you’re going.

If you are interested in joining Search and Rescue, please review the requirements and application at www.tillamooksheriff.com