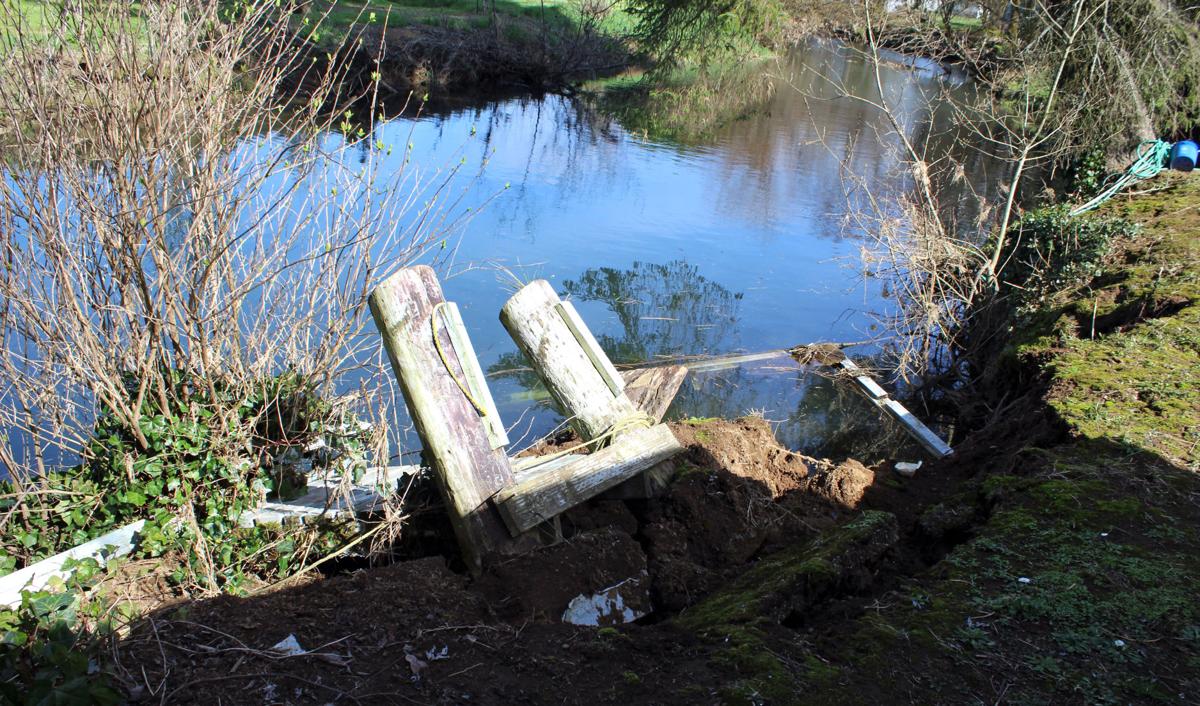 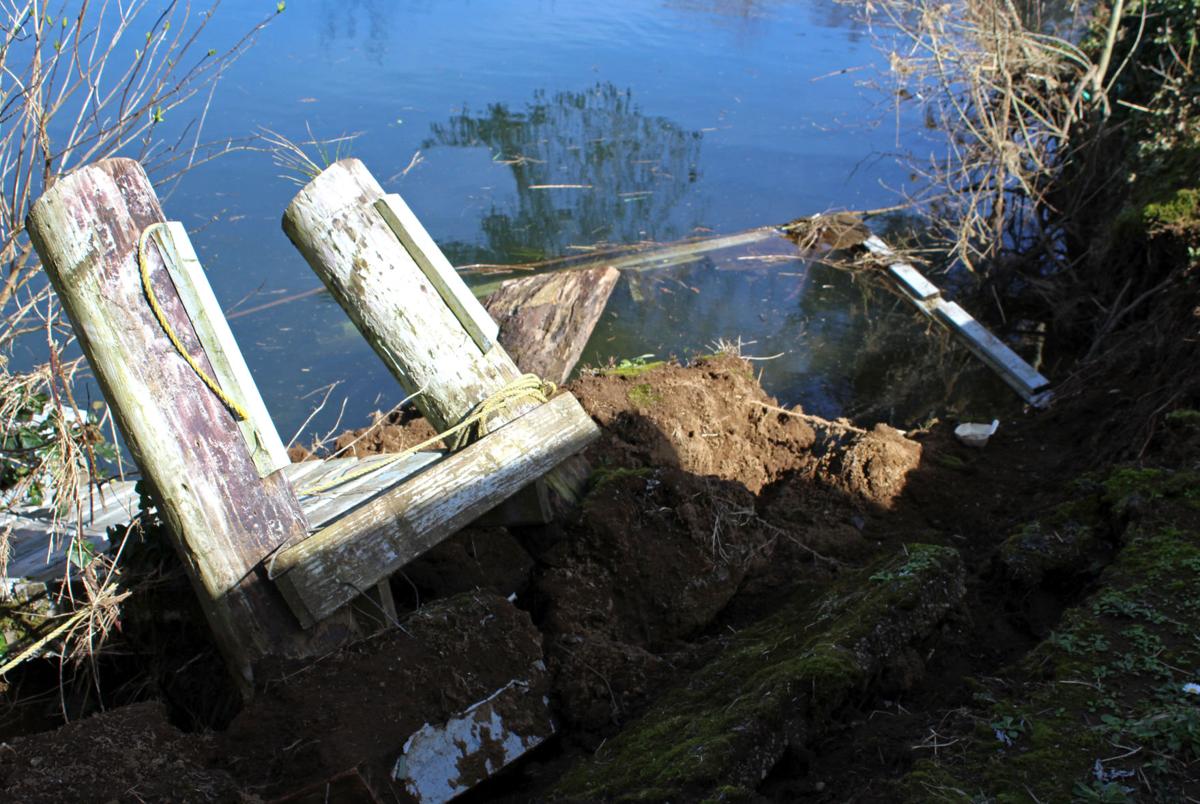 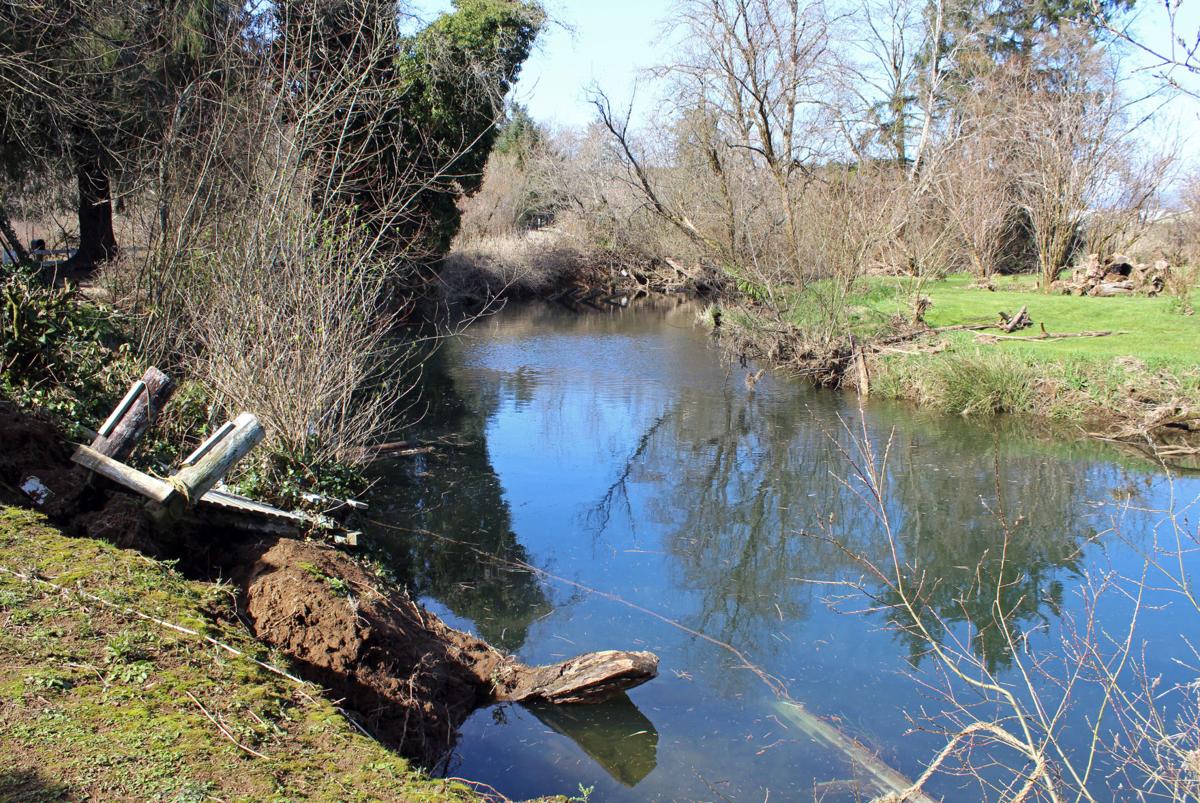 Terri Wallace, along with her neighbors who live along the 5000 block of Weber Road along the Tillamook River, is seeking help. Due to severe weather conditions, the river bank in front of her house is eroding at an alarming rate of speed.

Wallace said during the last two months, more than 25 feet of water is eroding on the bank. All agencies agreed the bank needs to be stabilized. The contractor has come out to the property and needs money to pay for the work to be done. Wallace only gets paid disability income.

“I asked for advice on Facebook and people told me to do a GoFundMe page, but I can’t have the money coming directly to me because I only get disability income and have to have help with the state with my Medicare,” Wallace said.

40 percent of Wallace’s income goes towards what Medicare does not cover.

In a letter to Sen. Ron Wyden, Wallace said the bank is breaking down quickly – it is six to 12 inches from the main water line and two to three feet from the handicap ramp attached to her home. Oregon Department of Fish and Wildlife (ODFW), Oregon Department of State Lands, Army Corp of Engineers, Tillamook Estuaries Partnership and other agencies have agreed that the bank needs emergency stabilization as soon as possible.

Wallace does not have any family or any place to go. Someone from Red Cross called her and asked if the water is coming in to her house. Wallace said it is beneath the floor boards right now. Red Cross said that because it is not in the house, they cannot help.

“The bank needs to be stabilized and the tree needs to be cut down,” Wallace said. “Michael De Blasi, of Oregon Department of State Lands, said the tree should be cut down and needs to be done in a manner that it doesn’t hazard the water.”

Michael Sinnott, assistant district fish biologist at ODFW, said in a letter to De Blasi, that it appears that the bank is eroding toward the house. Wallace is also concerned about a spruce tree that appears to be leaning towards the river and would like to have it cut down.

If the tree falls by itself, Wallace and her neighbors will be in trouble, she said.

“I need help to save my home, and not only mine,” Wallace said. “There are two senior citizens next to me.”

The problem is taking her neighbor’s bank away as well, Wallace said.

Wallace continues to call and ask for help from agencies such as CARE, Inc. and the Federal Emergency Management Agency (FEMA). Although she cannot make a GoFundMe page herself, she hopes someone will. If someone started a GoFundMe page, she knows a couple of cousins back east who would help.

Communications manager for Oregon Department of State Lands, Ali Ryan, said to stabilize the bank, Wallace need to get a Removal Fill Permit.

“But when the unstable bank is creating a safety risk, we can issue an emergency permit because we want people to address those immediate risks fast,” Ryan said. “Those emergency permits can be as simple as people call us and tell us what they are going to do, and we give the okay over the phone.”

Ryan said permits are free and can be approved the day they hear about the issue. She said they had provided Wallace with material in mid-January and let her know that she may need to get approval from the county.

A long-term solution will be needed to stabilize the bank with the Removal Fill Permit. The short-term solution would provide a temporary, immediate fix.

Wallace said that Tillamook County Public Works Director Chris Laity stated that he would provide an authorization for permit to down the tree because it is in danger of damaging the home, and possibly neighboring properties.

“It would create a dam type situation on the river which would impact everyone above me on Blaser Lane and probably Tillamook River Road properties,” Wallace said.

According to Wallace, Laity provided two new contractors who are working with De Blasi to provide an estimate. They also noticed that if it is not fixed soon in an appropriate manner while weather allows, eventually it may take out Weber Road. Wallace said Laity and the contractors are trying to work towards a long-term solution, rather than a temporary fix.

One of the contractors, Jake Bruns, said he is still figuring out the quantities and price. He is working with the state and the United States Army Corps of Engineers to figure out the best fix and what will be needed in order to do that. Wallace has not received a dollar figure yet.

UPDATE: Contractor Jake Bruns said Monday, March 23, the price would be $50,000 to do the repairs, including an approximately nine foot long by 10 foot high of the river bank restoration. This comes out to 300 tons of rock, the majority being boulders, along with some smaller rip rap to fill the voids. The price would also cover any unexpected costs as far as permitting, what vegetation needs to be replanted and if the big spruce tree needs to be cut down.

Hope you can fight back that river