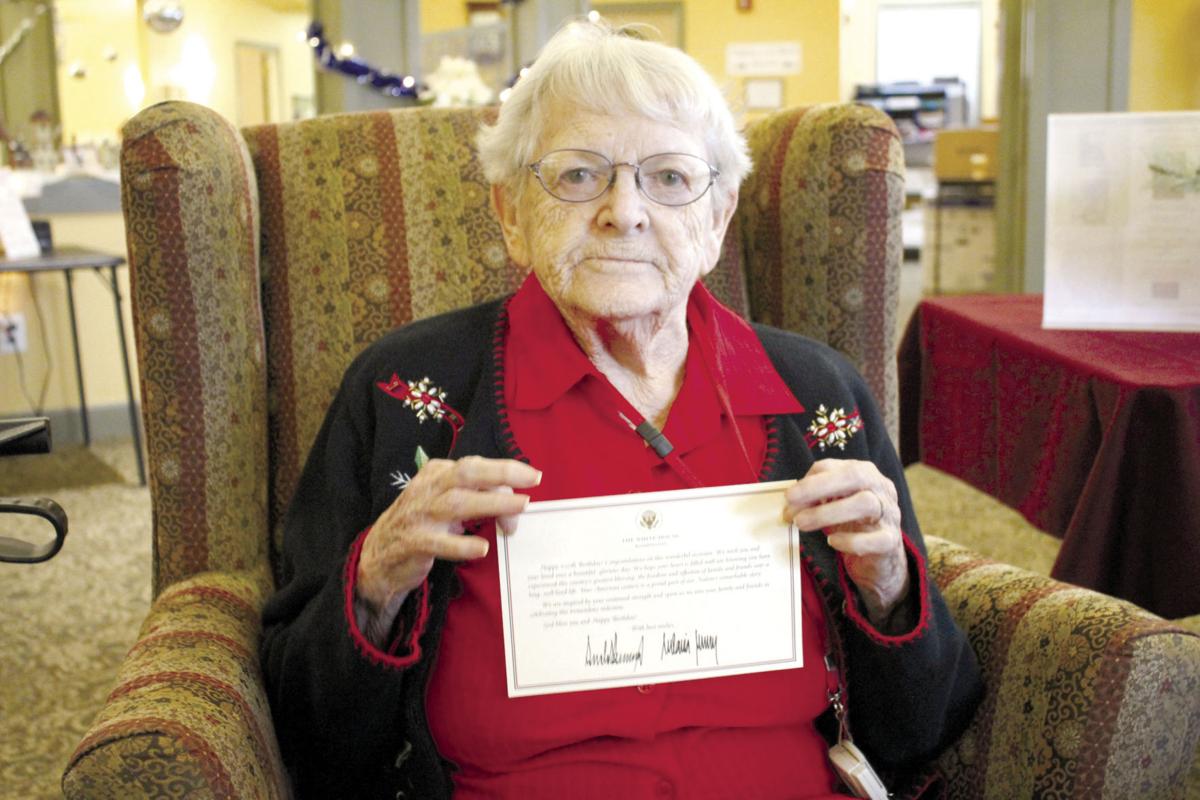 Bunny holds up the letter from the president 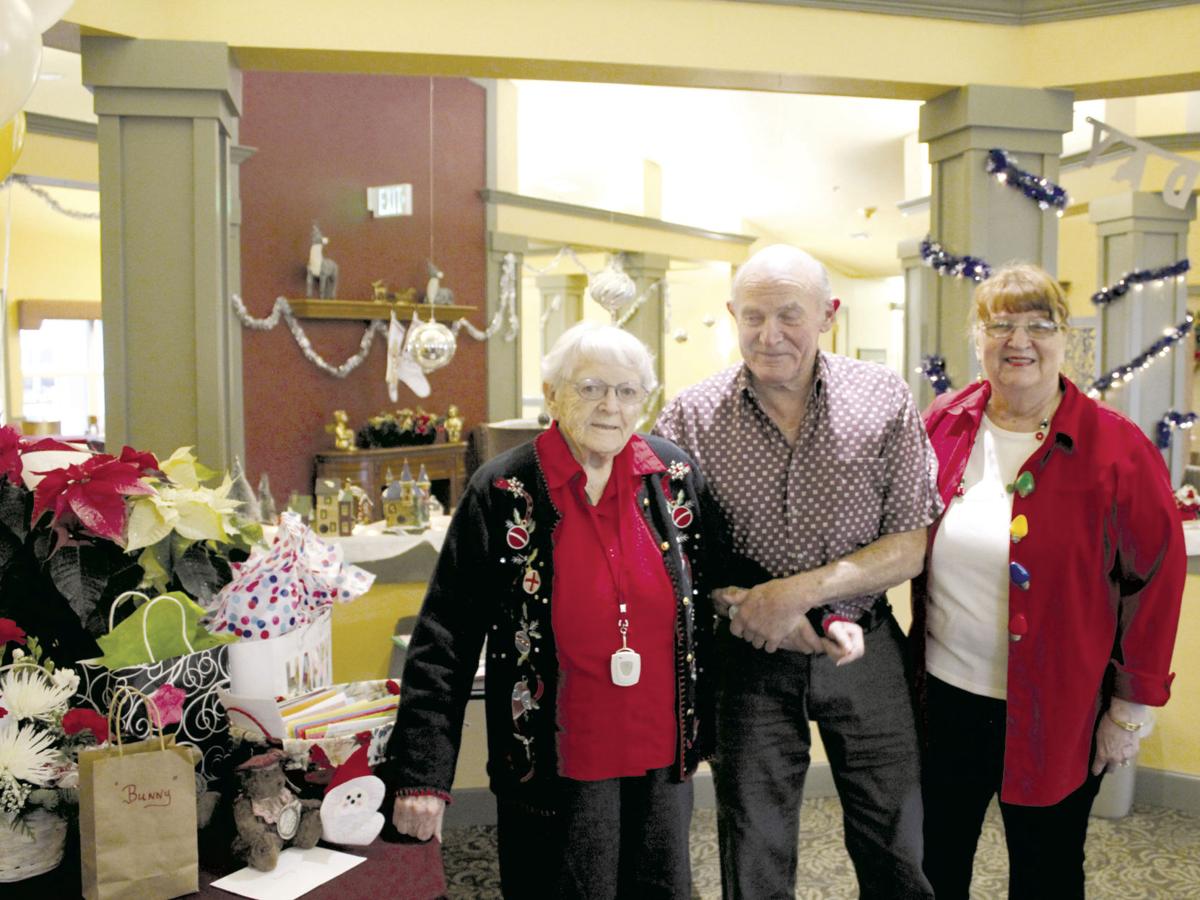 Bunny, her son Ted and his wife Carol. 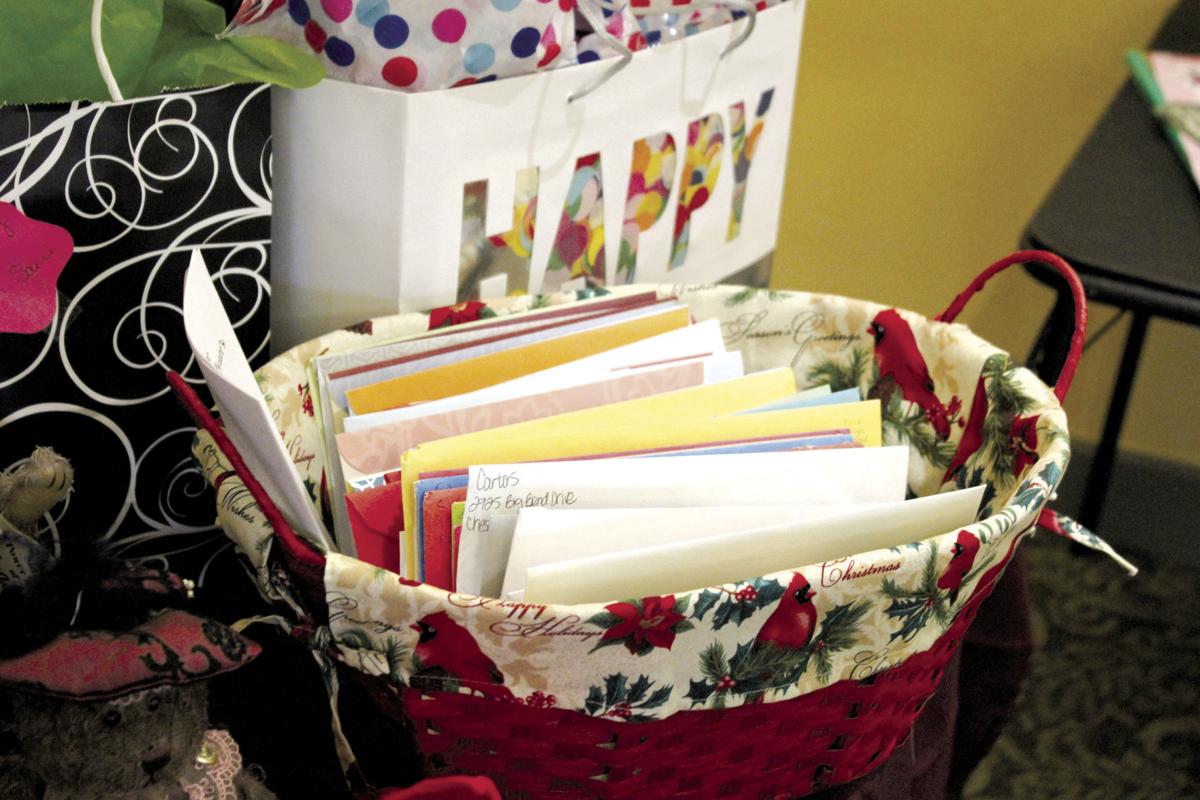 Bunny holds up the letter from the president

Bunny, her son Ted and his wife Carol.

Bunny was born Elda Bess on Dec. 11, 1919. She was born in Lamar, Colorado. Her dad nicknamed her ‘Bunny’ and the name stuck.

She married Edward Hyatt in 1938 after high school. Edward was a policeman in Rawlins, Wyoming for 20 years. Everyone called Edward by a nickname, Ted. They had two children, Ted and Kathy. Her daughter, adopted, lives in Idaho. She has three grandchildren, eight great-grandchildren as well as 13 great-great-grandchildren.

Ted said that his dad and his dad’s brother-in-law worked on Donner Pass, cutting right away for PG&E. They lived up there for three years. They lived in tents in the snow while they worked.

The couple moved from California to Wyoming. Bunny worked as a head cook at Rawlins Memorial Hospital for several years.

“She cleaned houses for people, she did laundry for people, made wedding cakes, she sewed, and was the president of the VFW, the women’s thing, for years,” Ted said.

Bunny and Edward moved to Tillamook in 1970. Edward passed away in 2002. Her sister-in-law turned 101 years old in June.

“They are the best of friends all of these years,” Ted said.

Bunny loves to sew, cook and garden. For trips with the family, she would do all the cooking, for up to 22 people.

“Sewing was her passion,” Ted said.

Bunny has a sewing machine in her room at Kilchis House, and although she no longer sews, she won’t allow it to be taken out of her room.

In her younger years, she was a boot stomping piano and harmonica player. Her daughter-in-law, Carol Hyatt, said she has always been very active and has always been active in church when she is able.

“She is a Rebecca here in Tillamook,” Carol said.

Bunny has been a resident at Kilchis House for 15 years. She has a plant that she brought with her when she moved in that is now 65-70 years old. It is a Christmas cactus that the staff has been taking care of.

“She made all of what is called aprons, that the residents wear here,” Carol said.

She also made quilts for Kilchis House.

“They were lap robes,” Carol said.

“She’s never smoked or chewed tobacco or drank alcohol,” Ted said when asked what Bunny’s secret is to be living so long.

Bunny still has a remaining sister. Her two brothers, one of them being her twin, passed away.

Bunny, Ted and Carol celebrated her birthday by reading a letter Bunny received for her birthday from the president. Bunny read this letter out loud. Bunny has gone through 17 presidents in her lifetime, her family said.

Bunny also received 110 birthday cards. Carol said they had hoped to get 100. Bunny also ate cake and ice cream with her family and a couple of friends. Kilchis House hosted a special birthday dinner later that day.