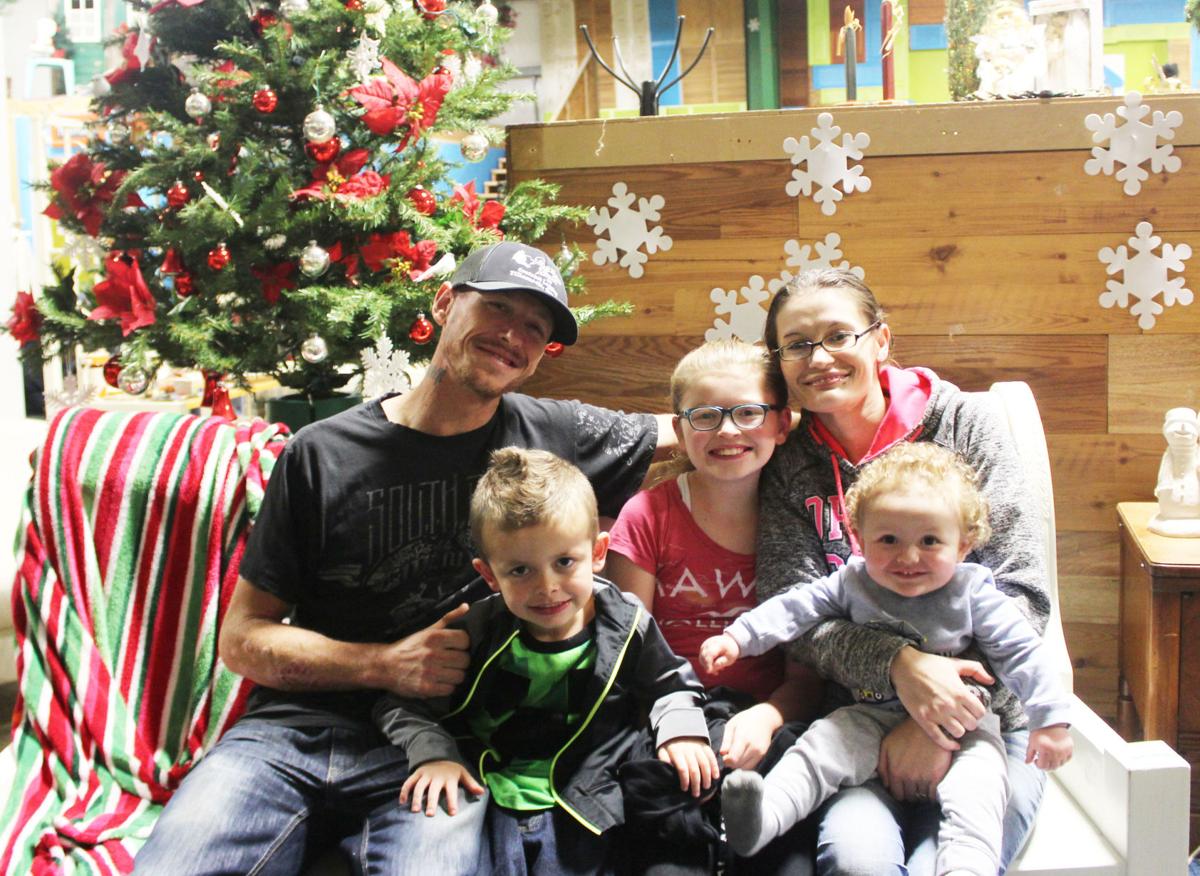 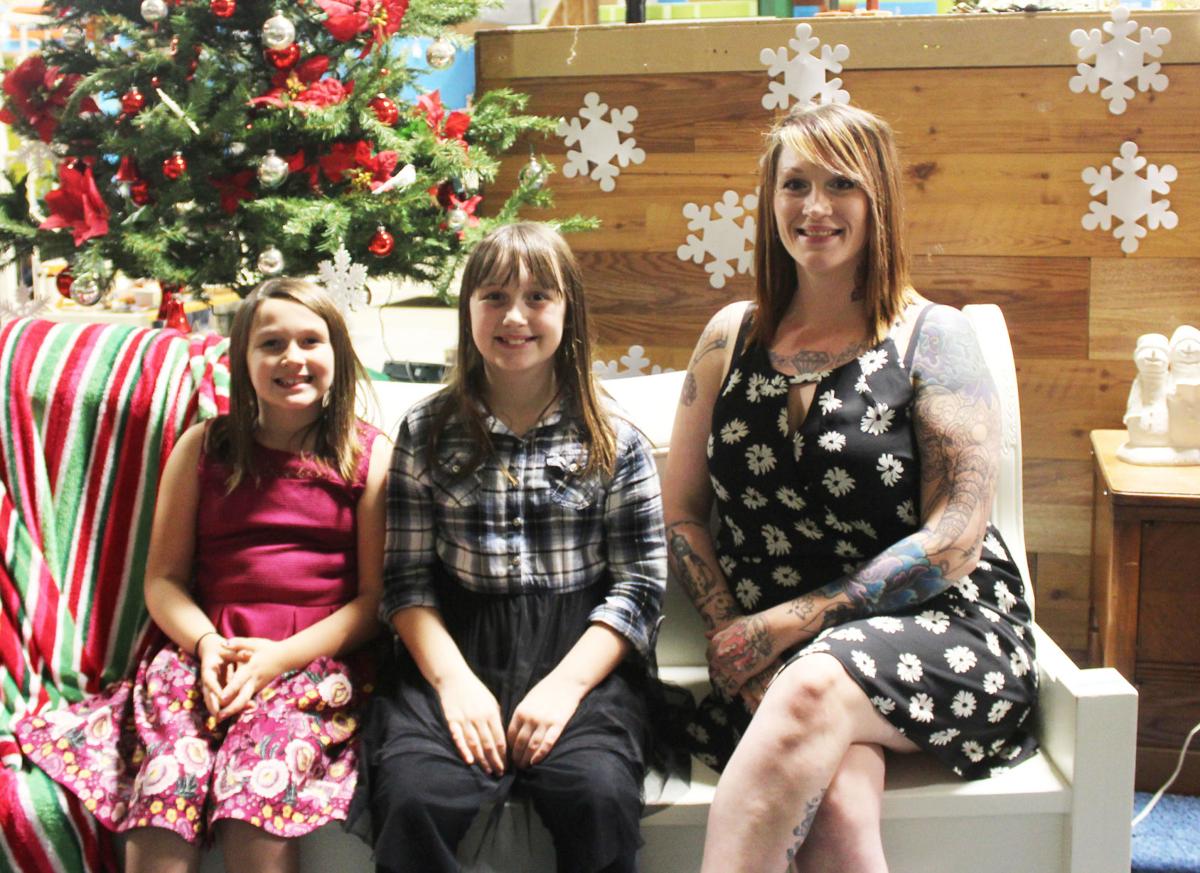 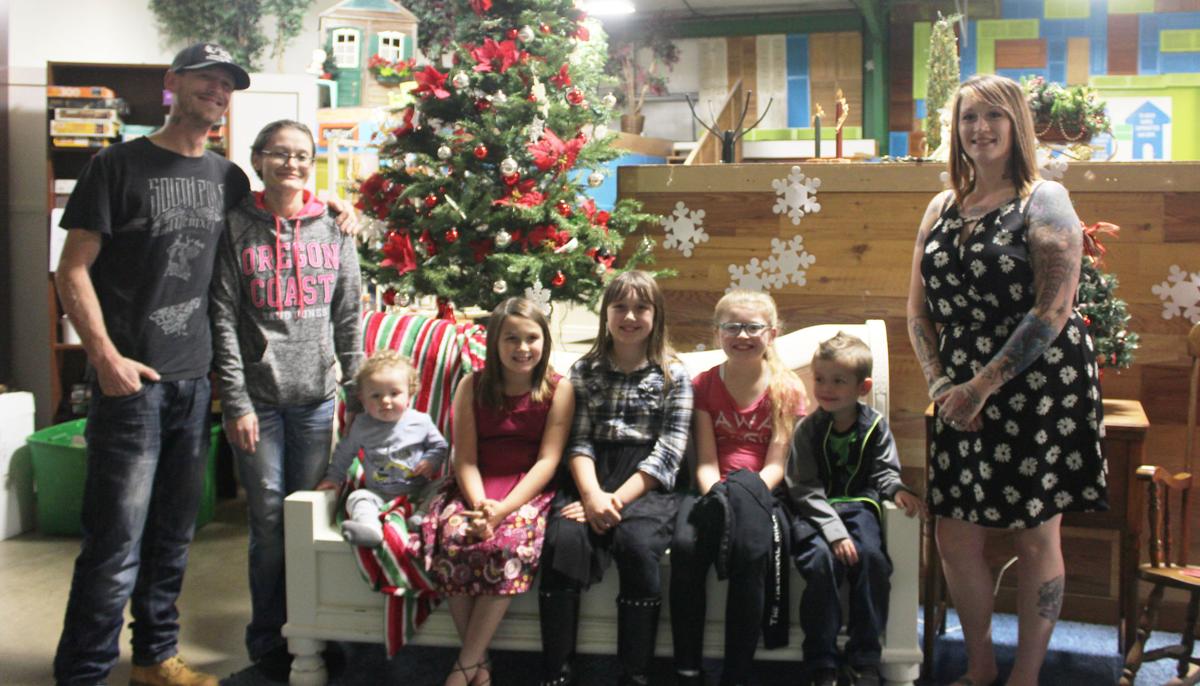 The meaning of home. Rest. Peace. Memories. Safety. And the ability to nail something into the wall.

The question circulated around the table as three Tillamook Habitat for Humanity families met at the Tillamook Restore for a time of fellowship. LeeAnne and Julius Mitchell moved into their Habitat house on Miller Avenue in Tillamook a little less than a year ago and will get to enjoy their first Christmas as homeowners.

“I’m feeling like this is the best part of my life right now,” LeeAnne said. “It’s the first time in my entire life having a consistent, safe, house.”

Her husband Julius agreed, adding that it’s a place that their two kids will create happy memories in.

“It’s the first time in my life I have a feeling of security,” Julius said. “There’s not another person like a landlord that causes anxiety.”

This year, Tillamook Habitat for Humanity has broken ground on their newest build: two attached townhouses on Eighth Street in central Tillamook.

And the Mitchell’s are ready to mentor the newest Habitat families on their journey to home ownership.

“Who better than someone who’s been through the process,” Executive Director Cami Aufdermauer said. “Families that are connecting and supporting each other.”

Josh Gingerich, Habitat’s Construction Manager, is overseeing the project and expects to be completed sometime this summer.

Amanda Swift and her daughters Kimber and Kali are one of the selected families. As a single parent, Amanda struggled to find safe, affordable housing, even while being employed with the State of Oregon.

“I applied to Habitat two years ago,” Amanda said. “I needed to do more work on my finances. They reached out to me this year and I asked if I wanted to reapply. I had worked on my finances…and we were selected.”

Amanda is looking forward to building memories with her girls, and expanding their family.

“We get to have a dog,” she said. “It seems small, but it’s another member of a family, and a way to teach my girls responsibility and independence … I am grateful to the community. It’s not just funded by Habitat, but the community.”

Their neighbors will be Misty and David Wickersham along with their three kids.

David admits that he thought he’d never own a home.

Gainfully employed with Precision Timber the Wickersham have also struggled to find housing for their growing family and have lived in the same apartment for the past 10 years. “We get to raise our kids in a good environment: in their home, not an apartment,” Misty said.

Both families have taken financial education courses, and will need to complete 500 hours of sweat equity on the building of their home, in which 200-300 can be donated hours by friends and community members. If you are interested in volunteering and helping these families, sign up online at tillamookhabitat.org or e-mail jgingerich@tillamookhabitat.org .

“It’s important that both families have a relationship through this process,” Aufdermauer said. “They’re going to be a community together…this is biggest investment in their lives.”

Applications for Habitat’s next build in Hebo will open in early 2020.

Are you ready for Spring?

Are you ready for Spring?