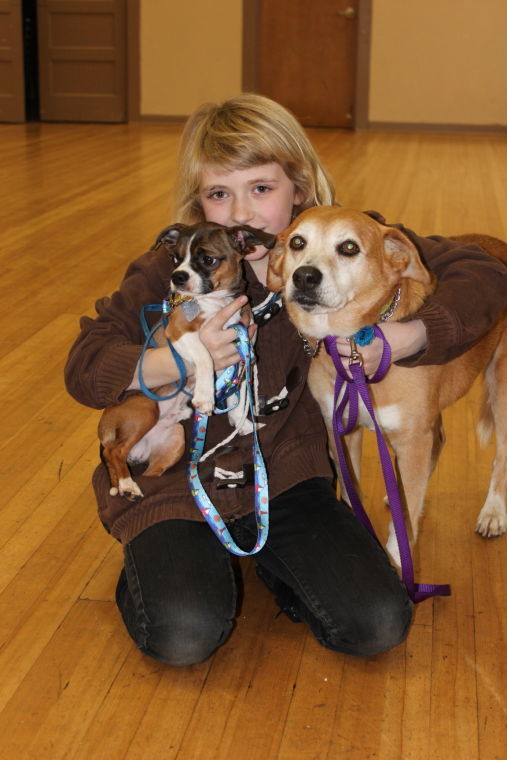 Homeless people brought their pets to the Homeless Connect event in Tillamook, where the animals received free care. Pictured are Brianna, with Chico and Yodel. 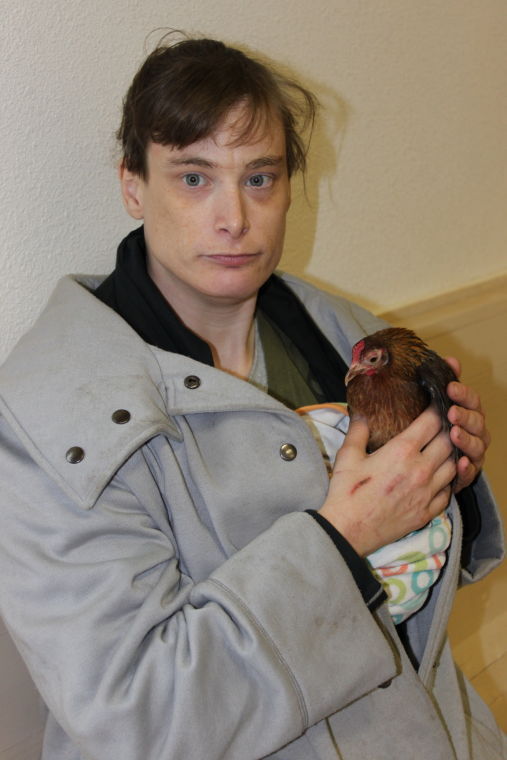 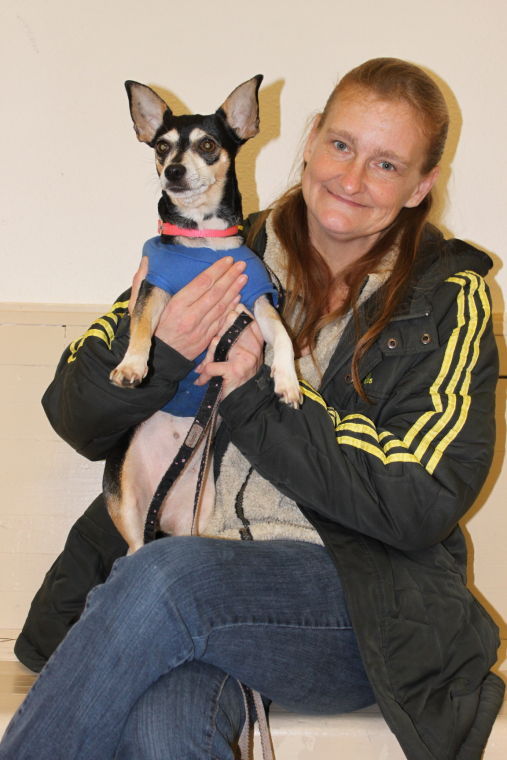 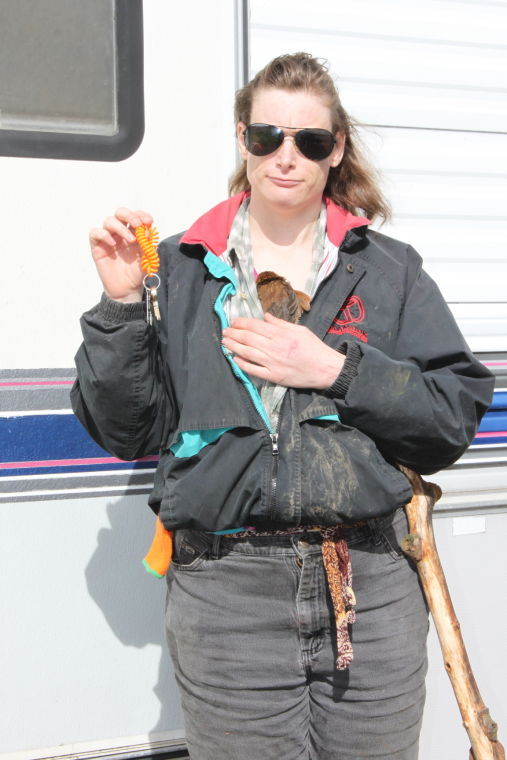 Homeless people brought their pets to the Homeless Connect event in Tillamook, where the animals received free care. Pictured are Brianna, with Chico and Yodel.

A recent event for the homeless in Tillamook County served 64 homeless people and many of their pets. Homeless Connect, put on by CARE, Inc. of Tillamook, offered the local homeless population a hot meal, free clothes and camping supplies, a hair cut, immunizations, referrals, and free veterinary services for their pets.

United Paws partnered with veterinarian Dr. Anita Johanson to offer basic health care for the pets of homeless people, including shots, treatments for fleas and ear mites, and low or no-cost appointments for spay and neutering and other veterinary care as needed. Homeless folks without transportation were offered transportation to and from the clinic, because getting there can be a barrier to services. Dr. Johanson and her assistant, Shannon Ayers, volunteered their time, and United Paws donated vaccines, medicines, collars, leashes and pet food to distribute to the homeless.

CARE provides services to the homeless, and this year, for the first time, part of the intake application includes questions about pets. A homeless mother brought her children and their dogs to the Homeless Connect pet clinic, where Yodel and Chico received shots and had their nails trimmed. A homeless couple brought their dog, Vanessa in, for shots and a nail trim as well. Quinn Pender brought her banty hen, Precious for a check up. Precious also received a nail trim.

Last year 415 homeless people (267 households) were counted in Tillamook County. Homelessness by definition includes sleeping out of doors, in shelters, sleeping in cars and trailers without utilities, as well as "couch surfing," moving from place to place, staying with family and friends. Of those 415 homeless people identified, many were children, some were senior citizens, and a lot of them had pets.

At the time of the countywide homeless count, Quinn Pender was among the homeless. She spent the winter living beneath a bridge in a tent with her chicken, Precious. Quinn rescued Precious after a barnyard attack by a rooster left Precious crippled, with an injured spine. Precious can't walk more than a few steps before she collapses. Quinn carries the bird swaddled in a cloth, tucked into her jacket. Precious was among the reasons Quinn opted to live in a tent rather than seek refuge in a homeless shelter for the winter. Tillamook County does not have any homeless shelters, but Quinn could have gone to a women's shelter in Portland, but she couldn't have taken Precious.

"I'm all she has," said Quinn. "She would die without me. And she's all I have, too. She keeps me company. She keeps me from hurting myself. I need something to love."

Quinn, too, has an injured spine. She has severe scoliosis, which bends her over and causes her severe pain. Without a back brace to hold her upright she cannot walk without a walker.

Quinn has lived in Tillamook for about 8 years. She's known around town as the woman who rides a bike and panhandles, and now, as the woman who has a chicken in her shirt. She said that it hurts her feelings when people judge her harshly. "I have fetal alcohol syndrome," Quinn said. "I didn't ask to be born this way. I'm the way I am because my mother was an alcoholic. I wish I was normal. I wish I had a job. I wish I had a place to live. I wish I could cook and take care of myself and take a shower without having to use a walker. But I can't stand for very long, and I can't lift anything, and I'm not so good with numbers. I can't get a job at Marie Mills, because I'm not retarded enough. My IQ is 86. I can read. I just can't take care of myself."

Quinn says that she applied to receive vocational and residential services as a developmentally disabled person, however, she does not qualify. Her IQ is considered borderline, or low-normal.

She does qualify for disability income, health care and food stamps. She has a little income: $700 a month. She has found it difficult to pay rent and utilities and buy what she needs on $700 a month. She has medications to buy and chicken feed, and she spends more on food than what she receives in food stamps because she can't cook, so she buys prepared foods, which are more expensive.

"When people look down on me for panhandling and collecting bottles and cans," Quinn said, "I wish I could tell them what it's like to be me."

"I was whining on Facebook about being homeless," Quinn said in an interview this week. "One of my Facebook friends said she had a friend in Coos Bay who had a trailer she wanted to get rid of." Through a series of Facebook connections and the generosity of relative strangers, a woman Quinn had never met in Coos Bay gave Quinn a travel trailer, and someone else transported it to Tillamook for her. Quinn now has "my own home, where no one can tell me I can't have Precious. I can even have the title in my own name, except I don't know how to do it."

Quinn and Precious are settling in to their new digs. They have a roof over their heads, electric heat, and the RV park has bathroom and shower facilities. "Now all I need is a job." Asked what kind of work she would like to do, Quinn answered, "I would like to be a spokesperson for people with fetal alcohol syndrome. I don't know how to do that, but I think I would be good at it."

If the worst thing that happened to you today is having to look at a picture of a chicken, life could not be all that bad. I remember being invited to pick up a box of personal sized wrapped bar soaps, and when the company found out I was asking for it on behalf of a shelter for the homeless, they increased the donation from one box to five boxes....which gave me ten thousand bars instead of two thousand. My car creaked all the way to the shelter, but my heart was certainly light. Why complain about the picture, when the better move might be to do something for others!

I cannot believe that the HH put a picture of a chicken on their cover...

What's wrong with that? Chickens are awesome!

But even more awesome is what Dr. Johanson and her assistant, Shannon Ayers did. They are a blessing to the community.

Don, try being a glass half full kind of person for a few minutes, you might start liking the joys other people have in their life instead of being the negative one all the time. I for one have had mine own precious in my life. Live life to the maximum.