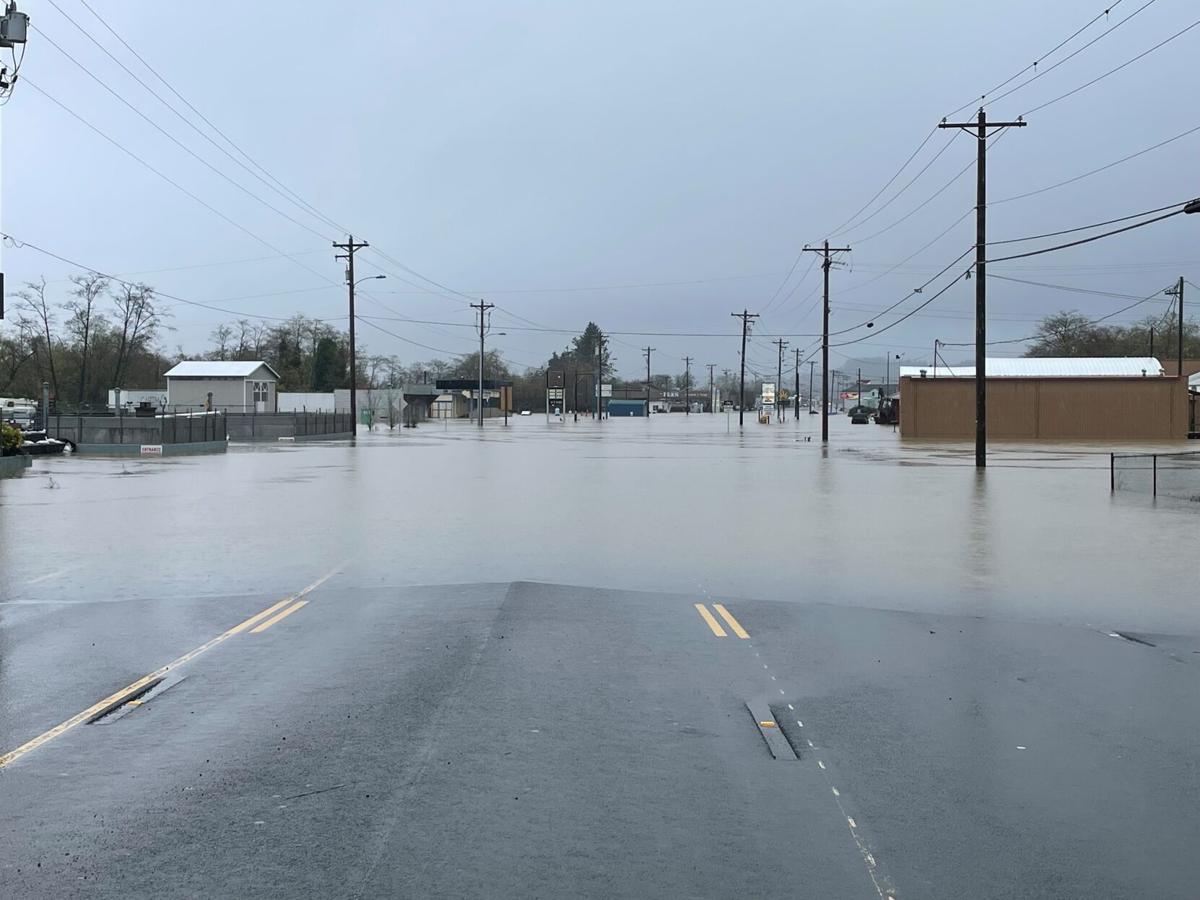 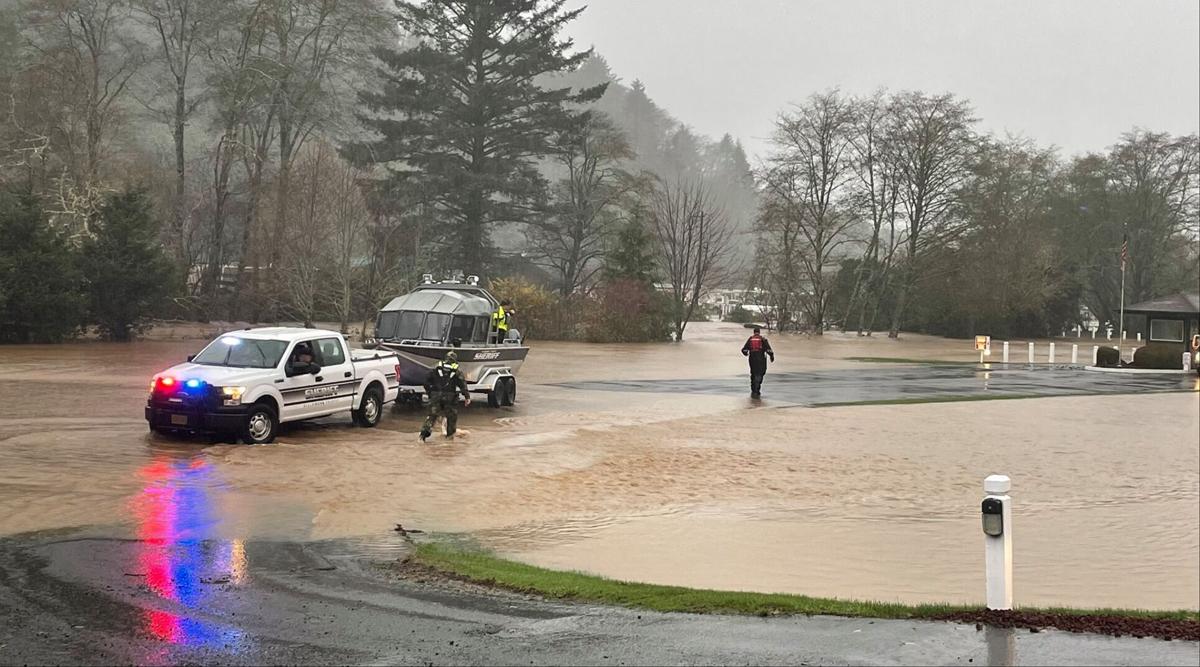 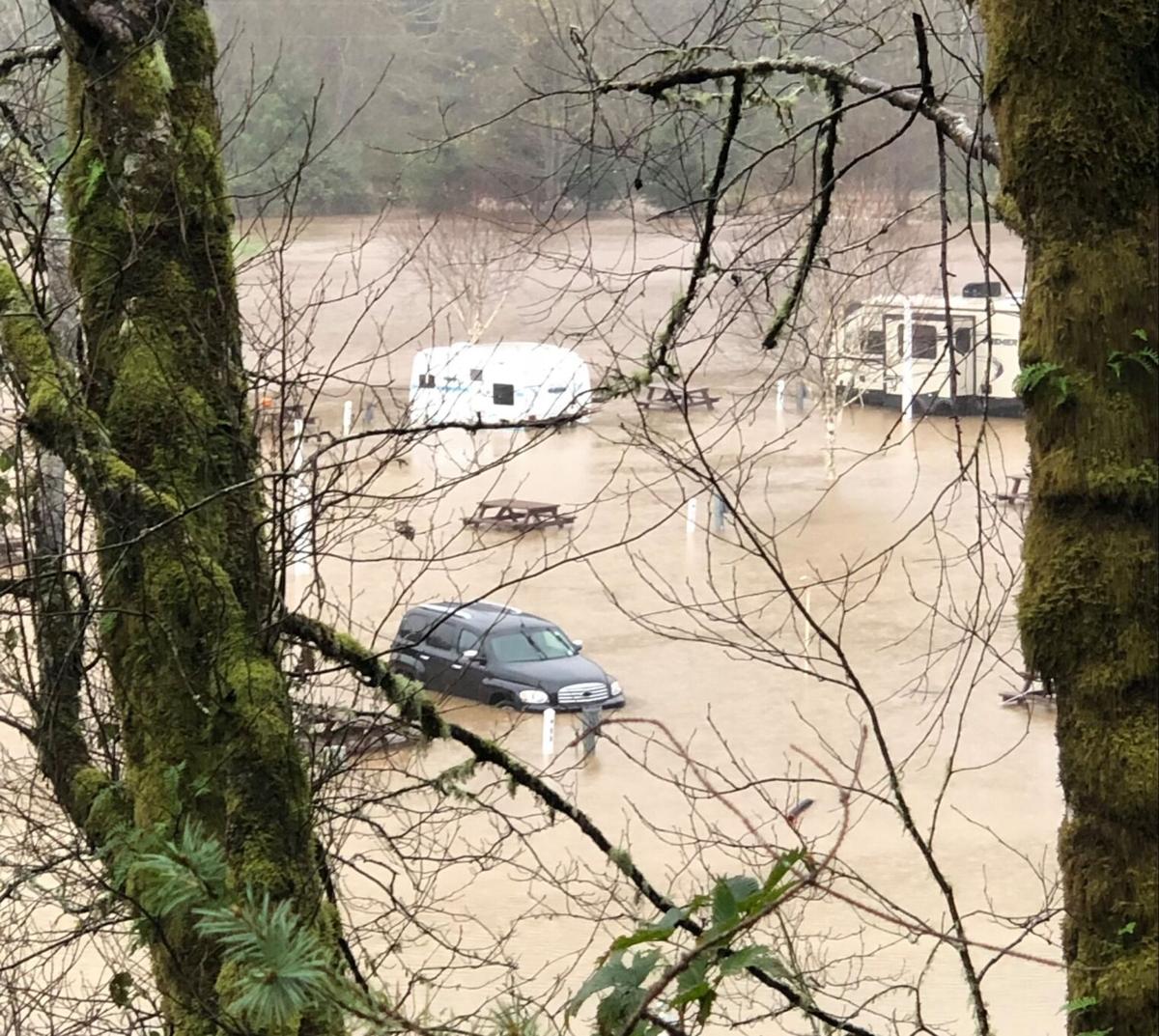 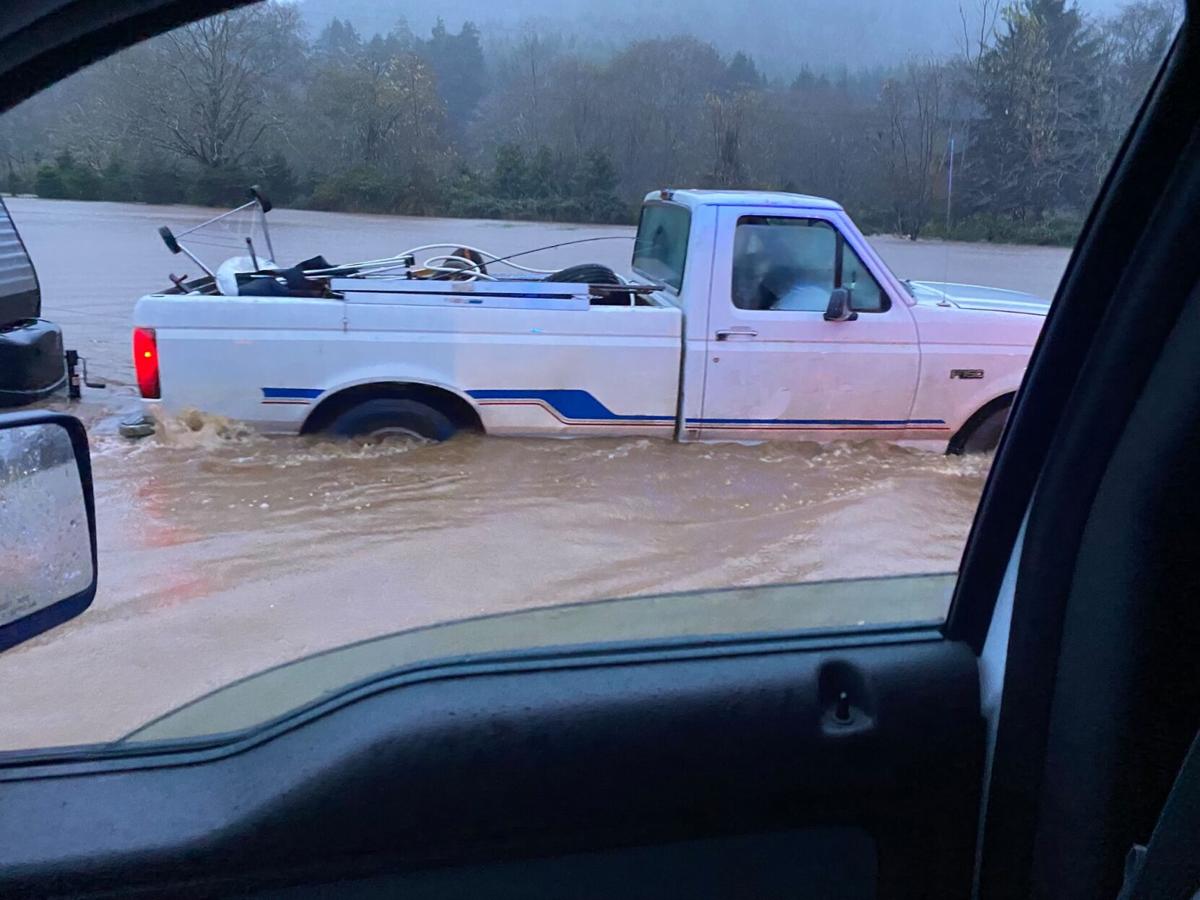 Before daylight, Nestucca Fire Chief Jim Oeder was returning from a flooding assist call up off of Slab Creek Road when something caught his eye.

“As I was driving by the (Neskowin) RV Park something looked funny,” said Oeder. “I could tell the driveway was already flooded.”

The chief investigated and learned many of the park residents and guests had already started to self-evacuate and were moving trailers and vehicles to higher ground. He immediately began making calls for assistance from other emergency agencies.

Emergency responders did learn of an old dirt road meant for evacuation leading into the park. Rescuers used trucks and the TCSO UTV to evacuate residents and emergency personnel that had gotten trapped by water while assisting people.

“After we exhausted all of our capabilities, I asked for air assets from the US Coast Guard,” said Oeder, whom by now was the designated incident commander of the rescue operation. “They sent two helicopters - a Dolphin out of Newport and a Jayhawk out of Astoria.”

The Coast Guard helicopters were able to land on higher ground near the RV park’s basketball courts and pick up evacuees.

“They made four landings before water covered their landing zone. They rescued 12 people,” said Oeder. “At this point, no one else wanted to be evacuated out of the park, and with the loss of the landing zone, we ceased air operations.”

“In other parts of Tillamook County, there were travel trailers seen floating down the Trask River, and numerous roadways were closed,” said Brown. “Hwy 101 from Rosenberg Builder Supply to Fred Meyer was closed, flooding at Misty River RV park on the Wilson River prompted evacuations, and many roads throughout the county have water over the roadway and could soon be closed due to flooding.”

Weather reports indicate that rain will be continuing at least through Monday, and with high tides, more flooding is anticipated.

“You can expect flooding on normally flood-affected roads, and also those that flood during King or High tide events,” said Oeder. “Stay off the roads that flood, and if you don’t need to go anywhere, please stay home.”

TCSO also wants to remind you that flooded roads are even harder to see at night - and even a few inches of water across a roadway can stall a vehicle or cause it to float into dangerous current.

TCSO is proud of the partnerships with all of the first responder agencies, individuals and businesses in our community that come together to help those when there is a need.

“It doesn’t even surprise me anymore,” said Brown. “When people in Tillamook County are in need of assistance in events like this, everyone comes together.”

TCSO will be bringing more stories and information regarding this flooding event when possible and we will strive to highlight those people that stepped up when it was needed most.

“This type of incident shows how well we all work together and how we come together to give the best response possible for those needing it,” said Oeder.

No major injuries were reported today due to the flooding. OSP, ODOT and Tillamook Ambulance also responded to the Neskowin RV Park incident.

Are you keeping your New Year's resolution?

Are you keeping your New Year's resolution?

Chamber Chatter: Thanks for our best Shop Small Sweepstakes yet

By the Numbers: 3 out of 4 job openings 'hard to fill'

Chamber Chatter: Thanks for our best Shop Small Sweepstakes yet

By the Numbers: 3 out of 4 job openings 'hard to fill'