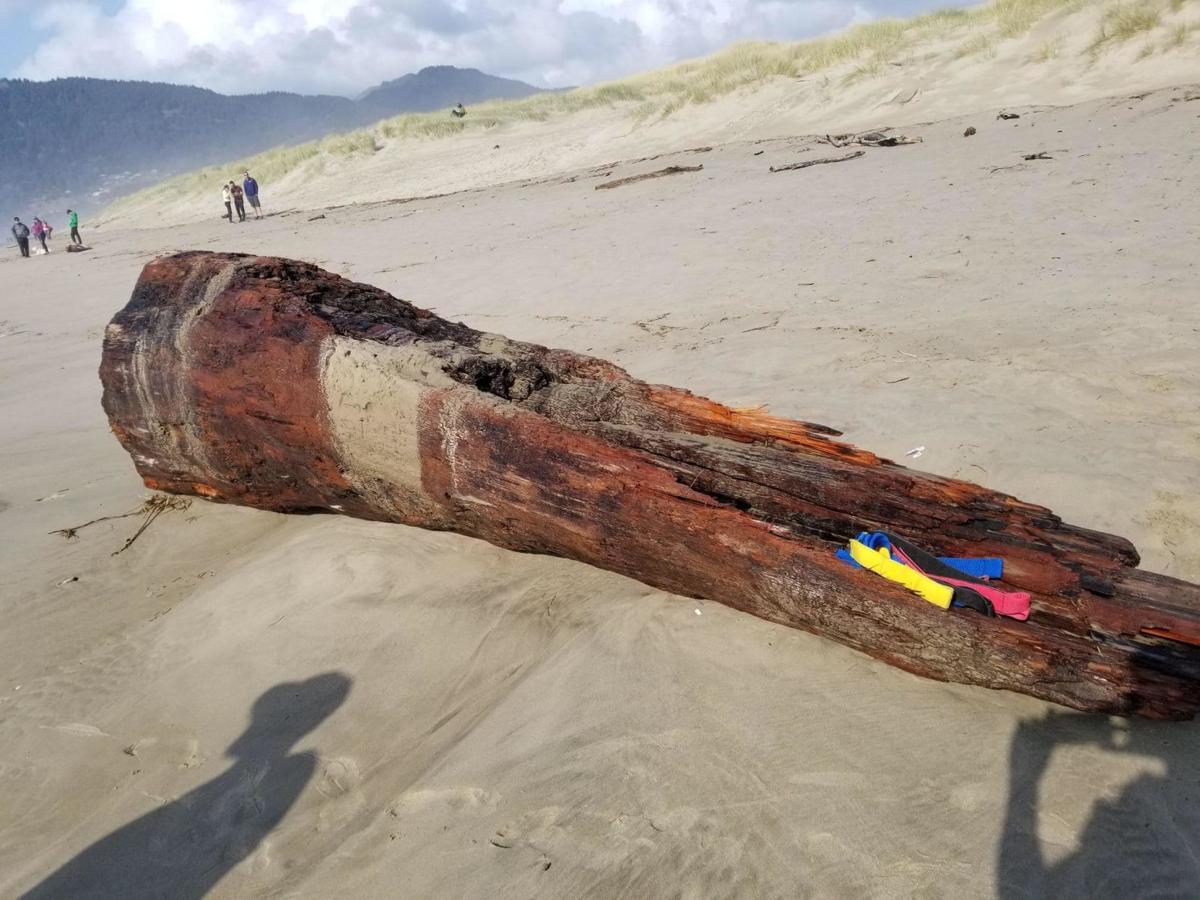 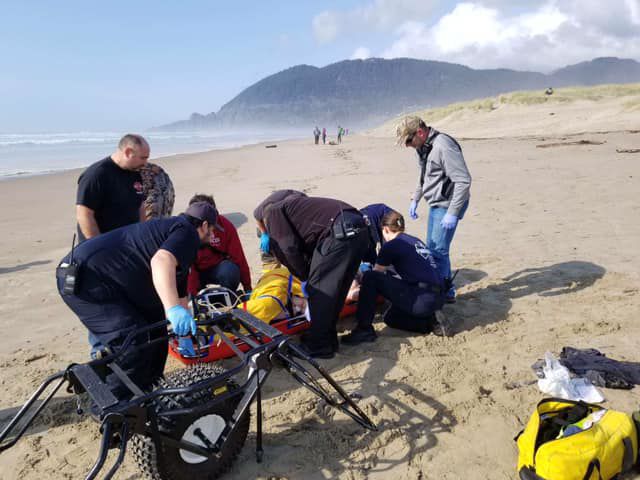 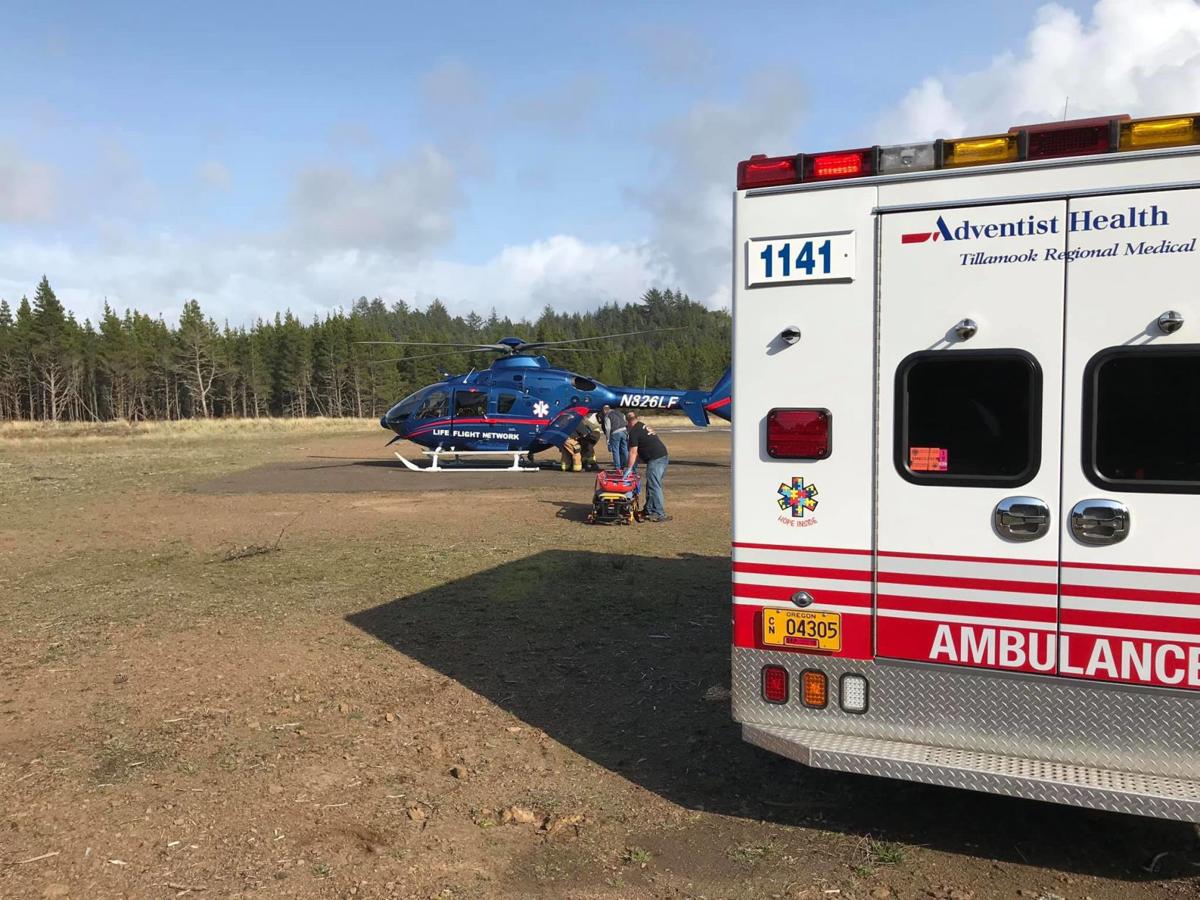 An event that can be fatal luckily proved to be a cautionary tale of survival on Manzanita Beach last Saturday, thanks to the work of Nehalem Bay Fire and Rescue.

On March 23, rescue crews were dispatched to a reported log that had rolled over on top of a woman due to a ‘sneaker wave.’ When crews arrived, they found the women under a large log, according to Nehalem Bay Fire Chief Perry Sherbaugh. The log was then moved, but the woman sustained serious injuries to her chest and back. She was then life-flighted to a Portland hospital to be treated. Although her current status is unavailable at this time, reports say that she is expected to survive.

Sherbaugh and the Nehalem Bay Fire and Rescue team said the incident is yet another reminder to remain cautious out on the beach.

“It only takes a few inches of water to move those large logs and a one ton or two ton log is often non-survivable,” Sherbaugh said. “Fortunately, she made it out, but it could have been a fatal situation.”

Recently, the National Weather Service has begun tracking beach fatalities on the United States’ coastlines and although there has not been a fatality due to sneaker waves or rolling logs in the past year, Sherbaugh said it is not an uncommon occurrence from his experience.

“I’ve been on a few calls before that are similar to this,” Sherbaugh said. “It is unfortunately fairly common on Oregon beaches, I hear about calls like this all the time.”

Sherbaugh said it has been somewhere between 10-15 years since he can remember a log rolling on top of someone on the Manzanita Beach. However, he and the Oregon Parks and Recreation Department (OPRD) rangers are encouraging visitors to be safe while exploring the shoreline, as they stated in a recent safety advisory.

“People are so excited for the spring sunshine, that sometimes safety takes a back seat," OPRD Beach Ranger Lisa Stevenson said. “But preparation and common sense go a long way to keeping you safe on the coast.”

Stevenson and OPRD listed several tips for ensuring your trip to coast is a safe one:

- Always keep one eye on the ocean so you won’t be caught off guard if a bigger wave surges up the beach. ‘Sneaker waves’ are unpredictable, powerful and especially dangerous for children.

- Stay away from logs on the wet sand or in the surf. These logs can weigh several tons and can be moved by only a few inches of water. The ocean is strong enough to pick up even the biggest log and roll it over you.

- Be careful on cliffs and rocks. They can be unstable due to erosion. Stay on marked trails and do not climb over fences. Both are there to keep you safe.

- Know when the tide is coming in, especially when exploring tidepools. It is easy to become stranded by the incoming tide when your attention is elsewhere. You can keep track of tides with a tide table; pick one up for free at an Oregon State Park or at many coastal businesses.

- Be wary of rip currents; the fast-moving water channels can quickly carry even the strongest swimmers away from shore. If you’re caught in a rip current, stay calm! Rip currents are narrow channels of water; swim parallel to the shore to escape them, then swim back to land at an angle.

- Ocean water temperatures can still be chilly, despite the higher temps on land. Don’t overextend your ocean swim, especially during evening hours. Periodically return to the beach to dry off and warm up.

A man and woman reportedly from the Salem-Keizer area were arrested for a bank robbery in Cloverdale. The suspects were captured following a p…