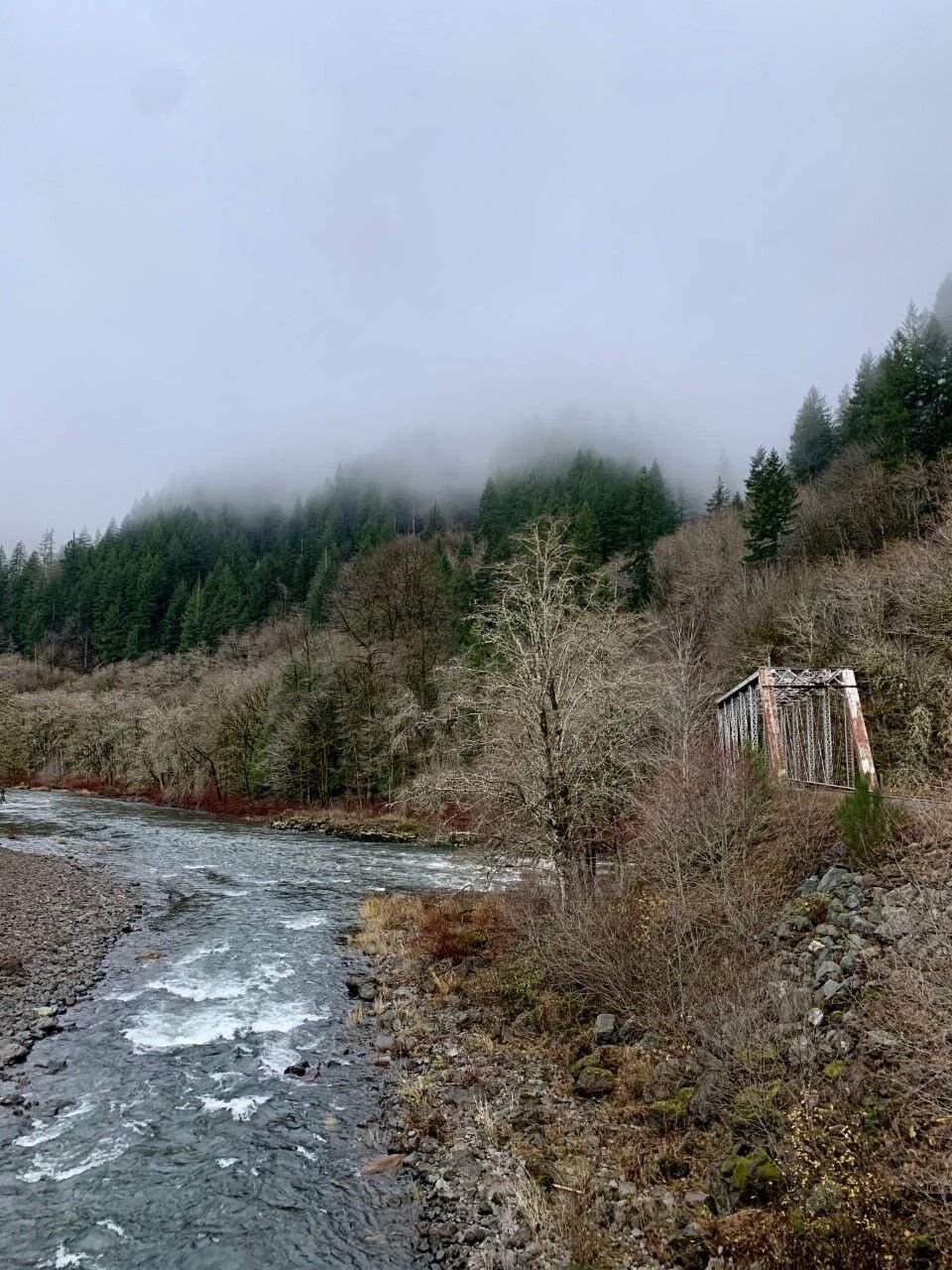 The confluence of the Nehalem and Salmonberry Rivers in Tillamook County. 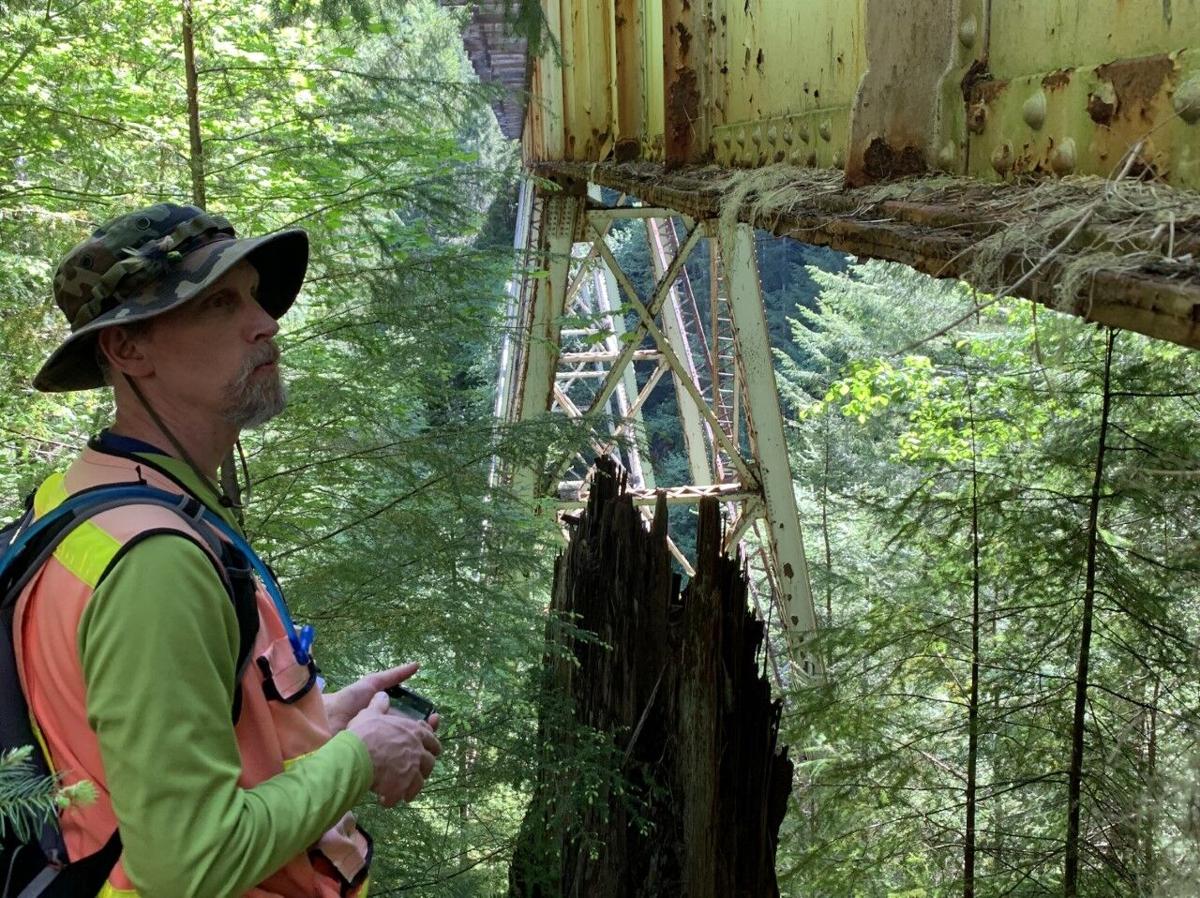 An engineer working where the rail line passes through the Tillamook State Forest. 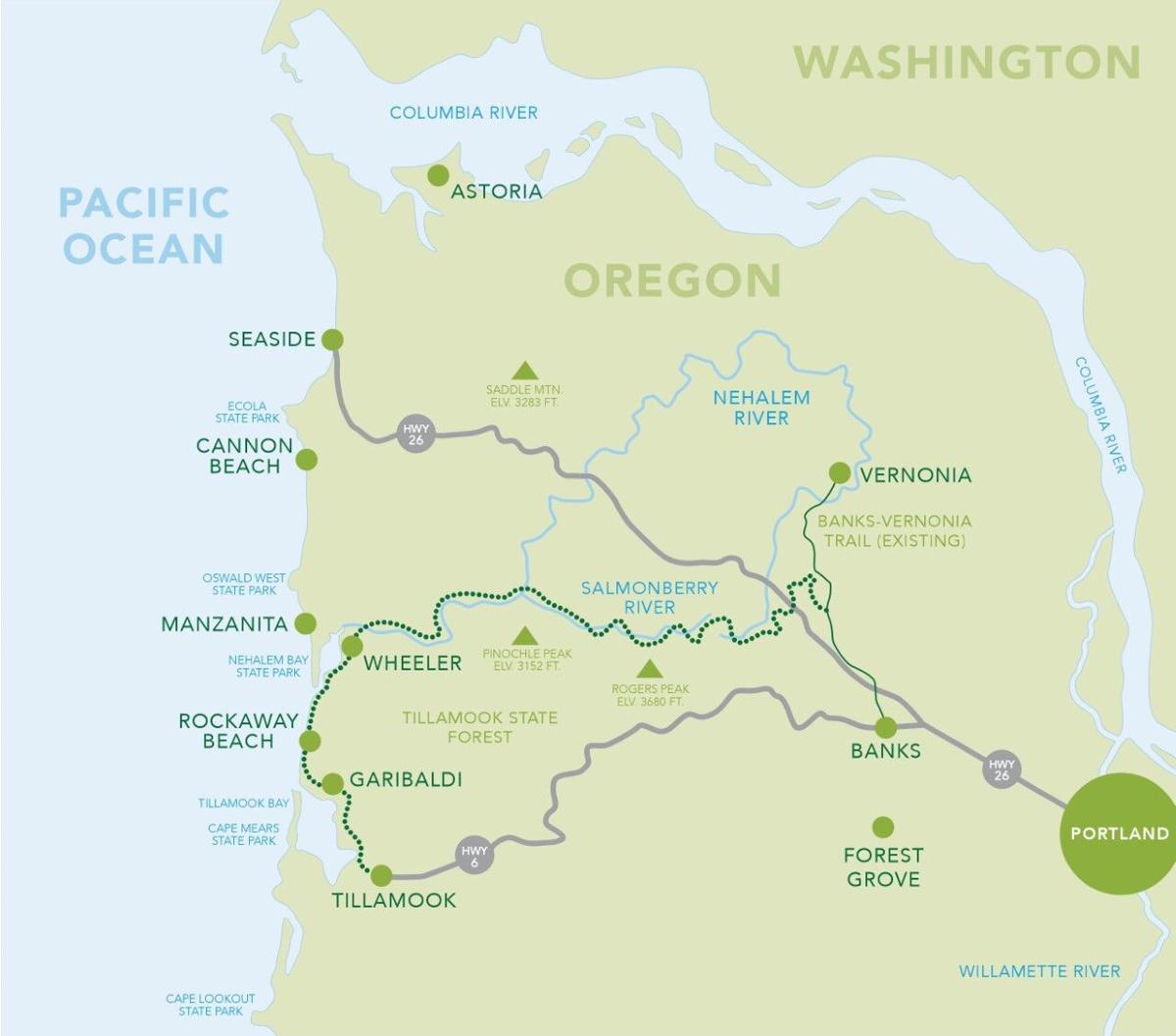 “Once we do that, it’s kind of a landmark moment because we get into the construction phase,” Executive Director Jon-Paul Bowles said of the plans for the river and canyon segments.

There are four segments on the trail: The Coast, a 29.66 mile section that runs from the blimp hanger to Mohler; the River Segment is a 15.45 mile section that extends from Mohler to the rail crossing of Foss Road near the Nehalem/Salmonberry Confluence. The Canyon is 19.36 miles long. The boundary between Valley and Canyon is at milepost 797.4, the Washington County/Tillamook County line. The Valley Segment is 22.48 miles long and extends from the milepost 797.4 county line to milepost 775.01, the B-V Trailhead at NW Banks Road.

Executive Director Jon-Paul Bowles said it would take funding to build the trail, especially along Hwy 101 on the coast. The Salmonberry Trail is putting together project teams to pursue funding.

Bowles has been involved in the Salmonberry Trail for 8-9 months and knows the history of the area well. The rail line was washed out in the late 1990s by a 100-Year Flood. In 2007, there was another 100-Year Flood. There was significant investment in reviving the trail.

In 2012, Oregon State Forester Doug Decker launched the effort to build the Salmonberry Trail. He is now the vice chair of the Salmonberry Trail Foundation. The trail is projected to be around 87 miles, with three miles of reroutes that detour from the rail line where necessary.

Bowles said if the foundation can put an operations agreement in place, there are sections of the trail that could be open to the public sooner than later. Volunteers would need to go out to these areas for maintenance.

“There’s a really beautiful stretch at the confluence of the Nehalem and Salmonberry Rivers,” Bowles said. “We could start doing soft surface trail there when we have funding and an agreement there for maintenance.”

There will need to be plans in place for maintenance, such as volunteers picking up any litter on the trails.

The risk of flooding influenced the design concept of the trail dramatically, Bowles said. The challenging canyon area will be a narrower trail. It will not be ADA accessible. If a trail is washed out, it will be rehabbed in early spring or summer.

Regarding the issue of homelessness, Bowles said he does not think it will be an issue along Hwy 101, as many people will be using the trail in this area, and will likely push out homelessness. Operations and maintenance will also be in place before the trail is open.

Bowles said Tillamook County is rich with outdoor recreational opportunities; however, there is not a lot of access to trails.

“It will attract a ton of visitors that will most benefit Tillamook County,” Bowles said of the trail. “These are going to be people who are probably without a car, they’re going to be purchasing their food, supplies and entertainment in the county.”

The county has also has growing issues with crowding and the trail would help disperse that in different areas.

The Salmonberry Trail and the Oregon Coast Scenic Railroad (OCSR) have come together to explore solutions for the trail, Bowles said. He said he is encouraged by those conversations and in order for the trail to be successful, it requires a joint effort.

Bowles’s role in the Salmonberry Trail is tracking where and when state and federal funding is available. There is not pressure on Tillamook County taxpayers to pay for the trail. The trail would act as an additional resource in the county.

The Salmonberry Trail recently submitted two proposals for the Oregon Department of Transportation’s Community Paths Program. The program will fund grants for project development, construction, reconstruction, major resurfacing or other improvements of multiuse paths that improve access and safety for people walking and bicycling. OCSR was a partner at the table, offering knowledge of the infrastructure. ODOT will announce grant awards this summer.

“I hope we win the funding,” Bowles said. “But if we don’t, I think we’re proven we can work together and take a bite of this thing at a time.”

Bowles said the public’s concerns have been heard and will continue to be heard through the process of building the trail. Sections of the trail will be prioritized based on funding available. Bowles’ goal with the foundation is to be part of the community and serve the people of Tillamook County.