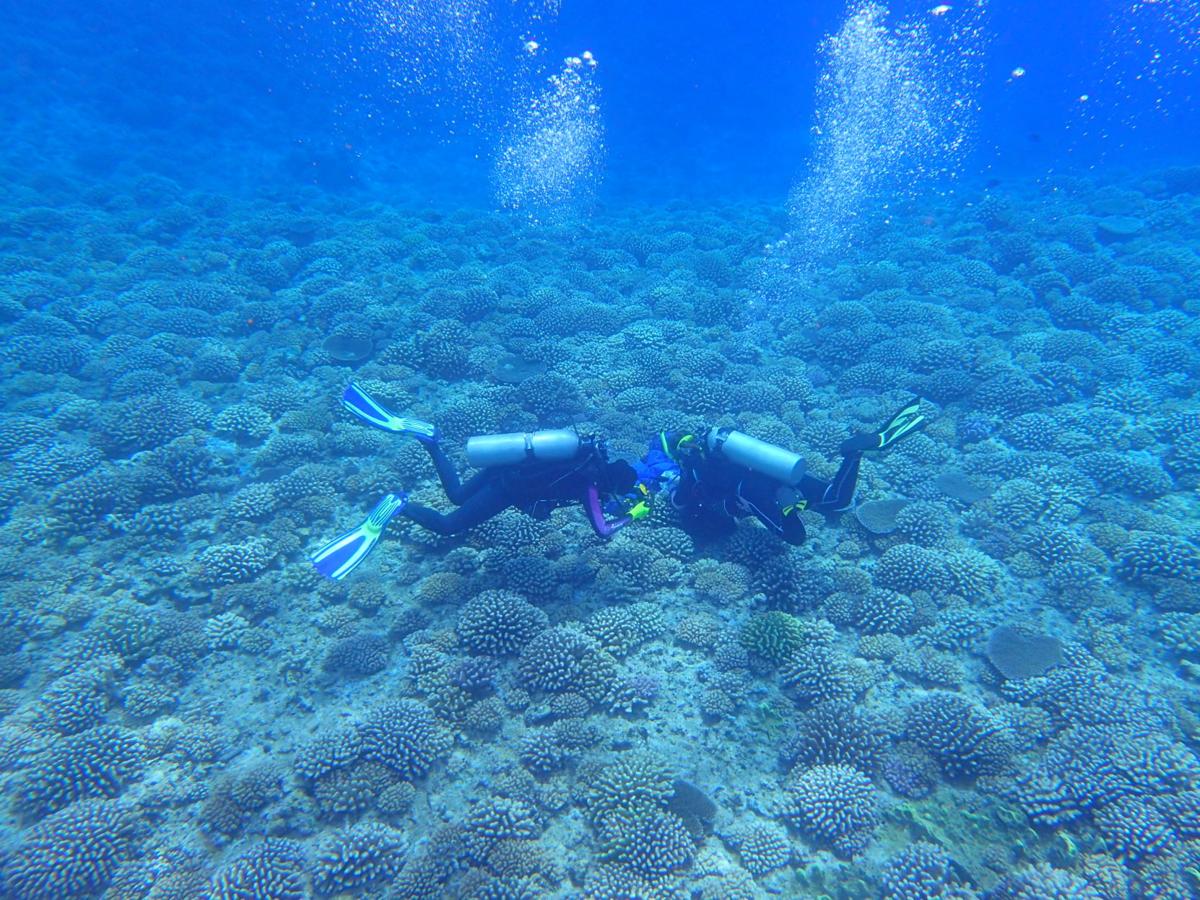 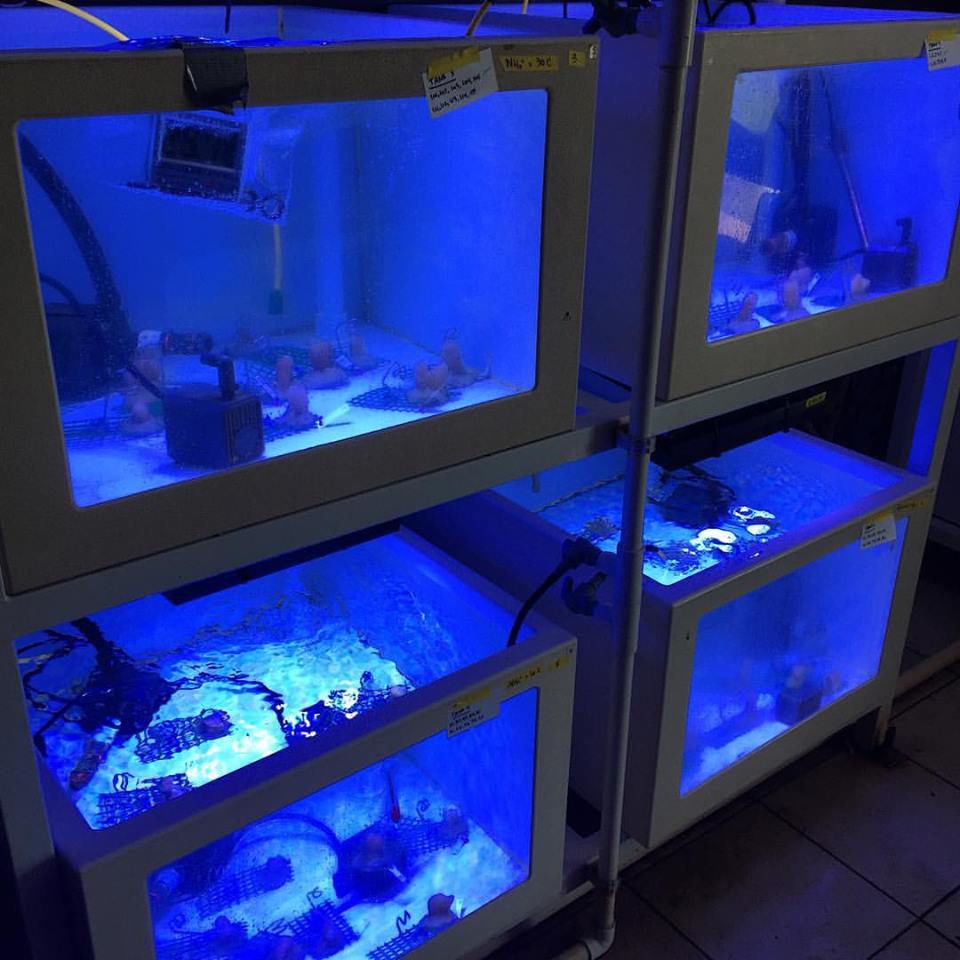 Coral fragments in mesocosm tanks during an experiment at the Gump Biological Research Station in Moorea, French Polynesia.

A National Science Foundation study of factors that cause corals stress suggests that localized attempts to curb pollution on reefs won’t save them without a worldwide effort to reduce global warming.

Findings by researchers at Oregon State University and the University of California, Santa Barbara were published today in Scientific Reports. Ocean habitats are increasingly under human-caused stress in the forms of pollution and global warming.

Coral reefs are found in less than 1 percent of the ocean but are home to nearly one-quarter of all known marine species. Reefs also help regulate the sea’s carbon dioxide levels and are a crucial hunting ground that scientists use in the search for new medicines.

Corals are home to a complex composition of dinoflagellates, fungi, bacteria and archaea that together make up the coral microbiome. Shifts in microbiome composition are connected to changes in coral health.

Rebecca Maher, a graduate research fellow in the OSU College of Science, led the study, which involved coral samples collected off the coast of Moorea, a South Pacific island that’s part of French Polynesia. The corals examined in tank experiments by the scientists, who included Oregon State’s Rebecca Vega Thurber and Ryan McMinds, were Pocillopora meandrina, commonly known as cauliflower corals.

“We subjected the corals to three stressors: increased temperature, nutrient enrichment – meaning pollution – and manual scarring,” Maher said. “We scarred the corals with pliers, which was meant to simulate fish biting the coral.”

The scientists then studied how these stressors can interact to negatively affect the coral microbiome and thus coral health.

“We found that with every form of stress, the amount of ‘friendly’ bacteria decreases in the coral and the amount of ‘unfriendly’ or disease-related bacteria increases,” Maher said. “Stressed corals had more unstable microbiomes, possibly leading to more disease and coral death.”

The researchers were surprised to learn that a pair of different stressors unleashed on the corals at the same time didn’t necessarily result in twice the stress – in fact, sometimes there was less effect from two stressors than one. But all three stressors at play together seemed to fuel each other.

“Two stressors did not always compound each other’s negative effects but instead interacted antagonistically to produce less-than-additive effects on changes in microbial community distinctness, instability and diversity,” Maher said. “However, when three forms of stress were experienced by corals, the microbiomes dramatically changed, showing that stress can act synergistically to amplify the negative effects of single stressors.”

The simulated fish bites proved a significant environmental stressor, but “high temperature seemed to be the nail in the coffin.”

“There is no magical number of stressors, but multiple stressors may interact in ways that we would not expect and that can depend on the type of stressor – human vs. environmental – or the severity of the stress,” Maher said.

“Therefore, we should take care to understand these interactions before attempting to manage them with conservation actions. Our work is an important step in informing those actions by providing insights into how the coral and its microbiome will change under increasing human impacts,” Maher said.