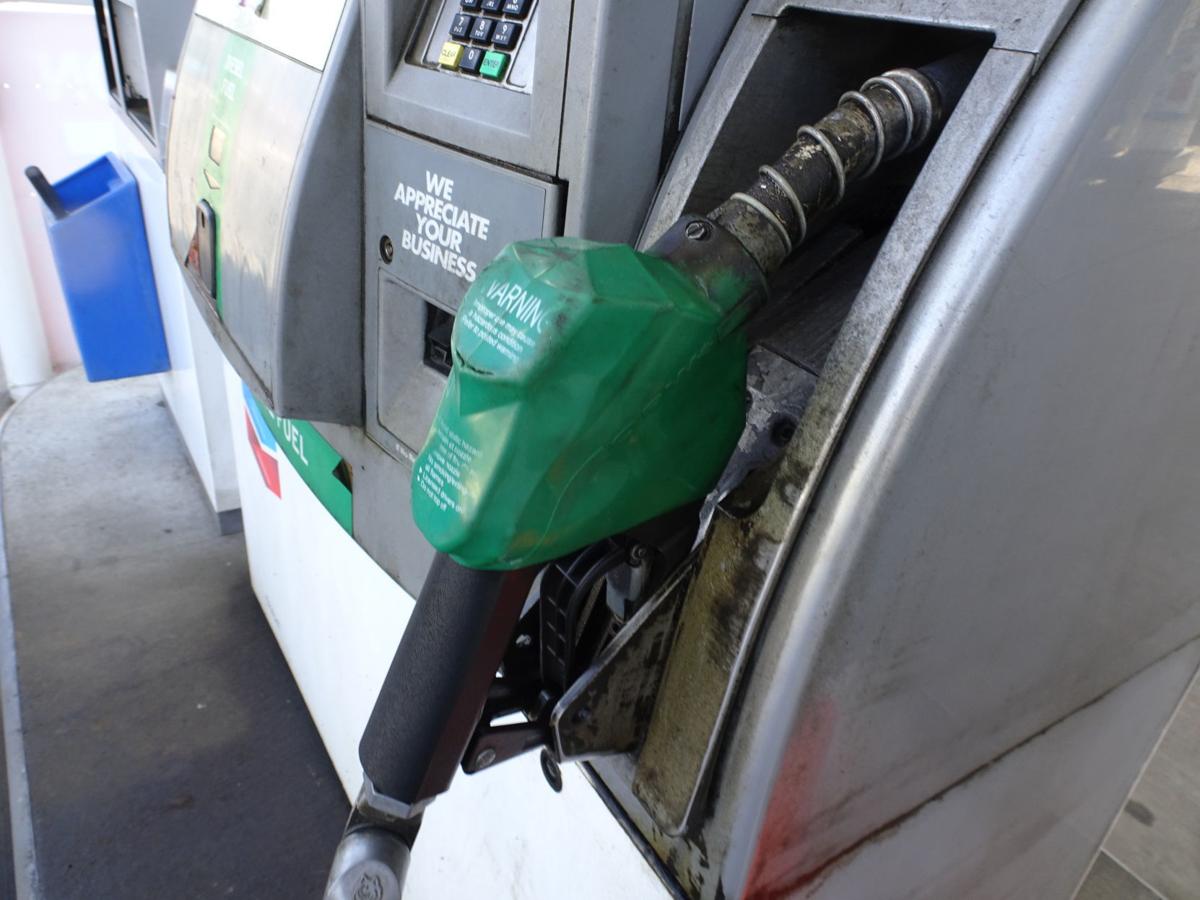 One factor that could cause a sudden spike in gas prices is the Atlantic hurricane season, which is June 1 through November 30. The National Oceanic and Atmospheric Administration predicts the 2020 season will be above-normal, potentially resulting in 13-19 named storms. 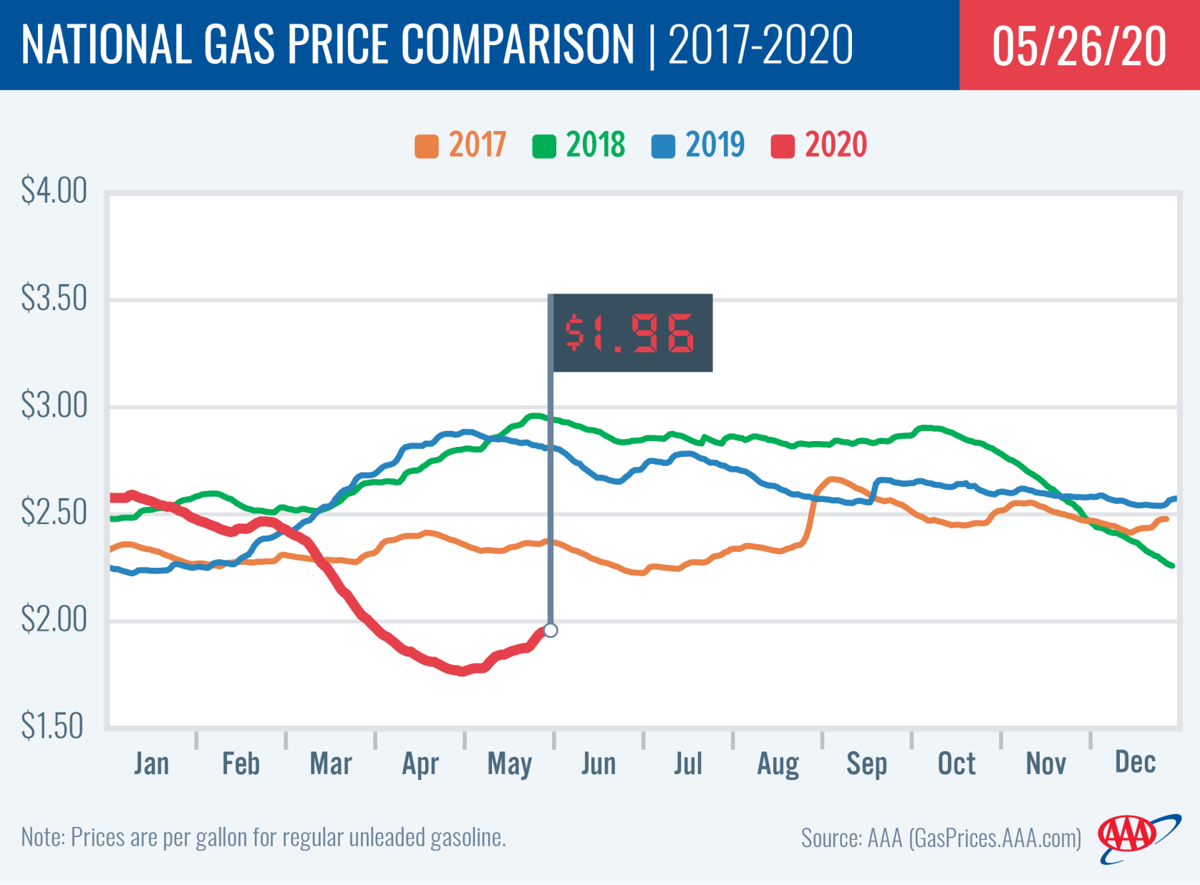 After several weeks of steep declines, what we are paying at the gasoline pumps is on the way up.

Pump prices are climbing due to increasing demand as states reopen for business and higher crude oil prices, according to the latest Oregon/Idaho America Automobile Association (AAA) price survey.

Over the past weekend, The Chronicle spotted unleaded regular selling from $2.29 to $2.47 a gallon in Columbia County. Prices were just below $2 a gallon in the Willamette Valley.

The national average dropped to a low of $1.76 in April and the Oregon average fell to $2.38 earlier this month before starting to rise again.

The more expensive pump prices can be attributed to fluctuations in demand and crude oil prices. In the past week, crude oil hit its highest price point – nearly $34 per barrel – since the Trump Administration declared the COVID-19 outbreak a national emergency and many states started implementing stay-at-home restrictions. While demand has been increasing since the end of April, it is down 28 percent compared to the first three weeks of May last year.

“Gas prices have been significantly cheaper than normal for the past two months due to the coronavirus pandemic and stay-at-home orders," Oregon/Idaho AAA public affairs director Marie Dodds said. "Now as states begin to re-open, pump prices are pushing more expensive, AAA expects gas prices to continue to rise, however prices should remain cheaper than last year.”

Oregon is one of 49 states with higher prices now compared to one week ago. Colorado (+17 cents) and Utah (+14 cents) have the largest weekly increases. The District of Columbia (-4 cents) and Hawaii (-1/2 cent) are the only areas with weekly declines.

Hawaii ($3.18) remains the only state in the nation with an average at or above $3 a gallon.

Oregonians can no longer pump their own gas, except in certain coastal and rural areas. The temporary suspension for rules allowing self-service gas expired late Saturday. The rule had been suspended due to the coronavirus to ensure that essential workers would have access to fuel during potential staffing shortages at gas stations. https://www.oregon.gov/osp/programs/sfm/Pages/Self-Service-Rules-Change-FAQs.aspx

According to EIA’s latest weekly report, total gas stocks in the region increased slightly from 30.8 million bbl to 31 million bbl last week. As gas demand continues to grow in the region, increasing stocks may help to slow price increases, barring any supply challenges.

Crude prices generally increased last week then lost some ground on Friday due to tension between Hong Kong and China. There’s growing market optimism that domestic crude demand continues to rebound as more states ease stay-at-home restrictions and demand for gasoline has grown. For this week, crude prices may continue to rise if the market believes that the 9.7 million b/d production reduction agreement for May and June 2020 between the Organization of the Petroleum Exporting Countries and other major crude exporters, including Russia, is helping to rebalance the global oil market as demand remains low due to COVID-19.

At the end of Friday’s formal trading session, WTI decreased by 67 cents to settle at $33.25 per barrel. Markets were closed Monday in observance of Memorial Day. Today crude is trading around $34 compared to $31 a week ago. Crude prices are up about 162 percent in the last month and are about $31 less than a year ago.

Over the past weekend, The Chronicle spotted unleaded regular selling from $2.29 to $2.47 a gallon in Columbia County.

Drinking and boating? Ye Be Warned, the Oregon Marine Board says