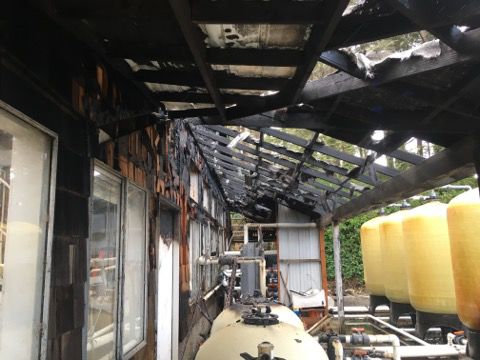 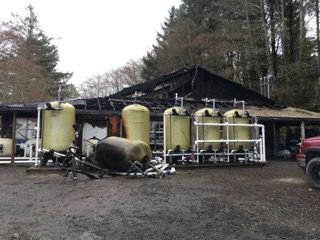 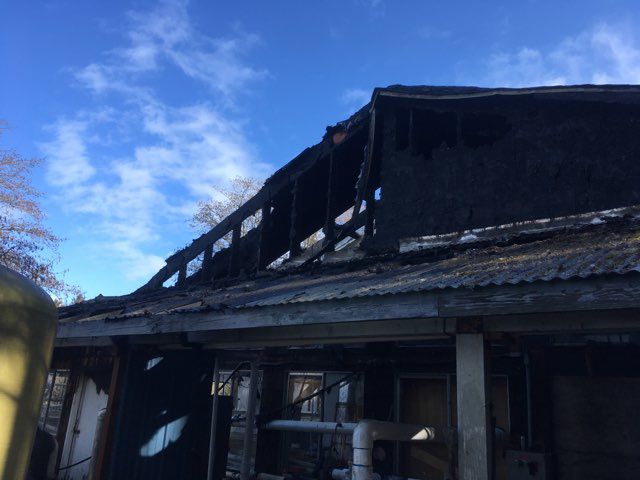 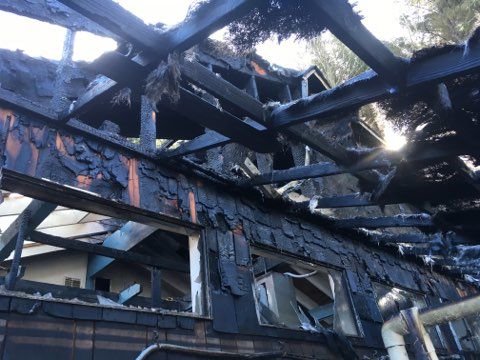 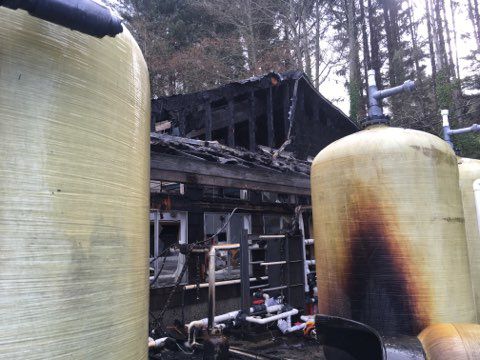 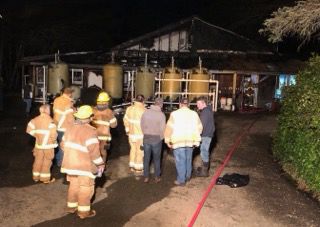 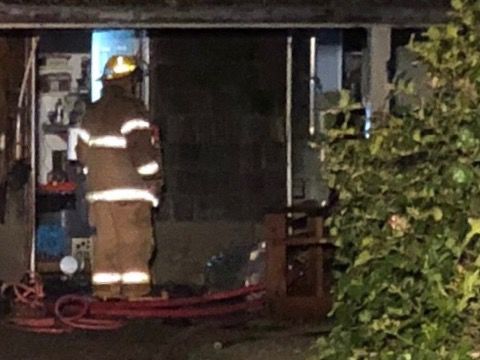 Netarts-Oceanside Fire District crews responded to a structure fire around 6:35 p.m. Sunday, March 22, at Whiskey Creek Shellfish Hatchery. The original notification came from a passerby who came up to the station.

Training Division Chief and EMT James McCamman said Chief Tim Carpenter arrived on scene to find a 50 by 250 foot, two-story structure that had heavy flame involvement of the front side of the building. Carpenter waited for crews to arrive.

“The first crew to arrive was Netarts,” McCamman said. “They pulled hose lines and went directly to work on extinguishing the fire and were able to do so at a fairly rapid pace.”

Tillamook Fire Department crews arrived next on the scene, applying additional water and manpower. They worked on overhauling and looking for hot spots.

“Bay City was also called,” McCamman said. “They were directed to move to the Tillamook station to provide coverage.”

The fire was visible upon arrival. McCamman said they have an area of origin but do not have an exact cause at this point. He said the fire did not seem suspicious in nature. There were no injuries. The shellfish plant will be able to resume semi-normal operations Monday, March 23.

The investigation is ongoing.

“People need to remember to use the 911 system,” McCamman said.

McCamman said the 911 system helps crews to move faster and prepare firefighters for what to expect when they get to the scene. He asks that people call 911 first, if possible.

Whiskey Creek Shellfish Hatchery is the largest shellfish hatchery in the United States, according to Pacific Shellfish Institute. Whiskey Creek provides oyster, clam, and mussel seed for commercial, as well as restoration efforts.