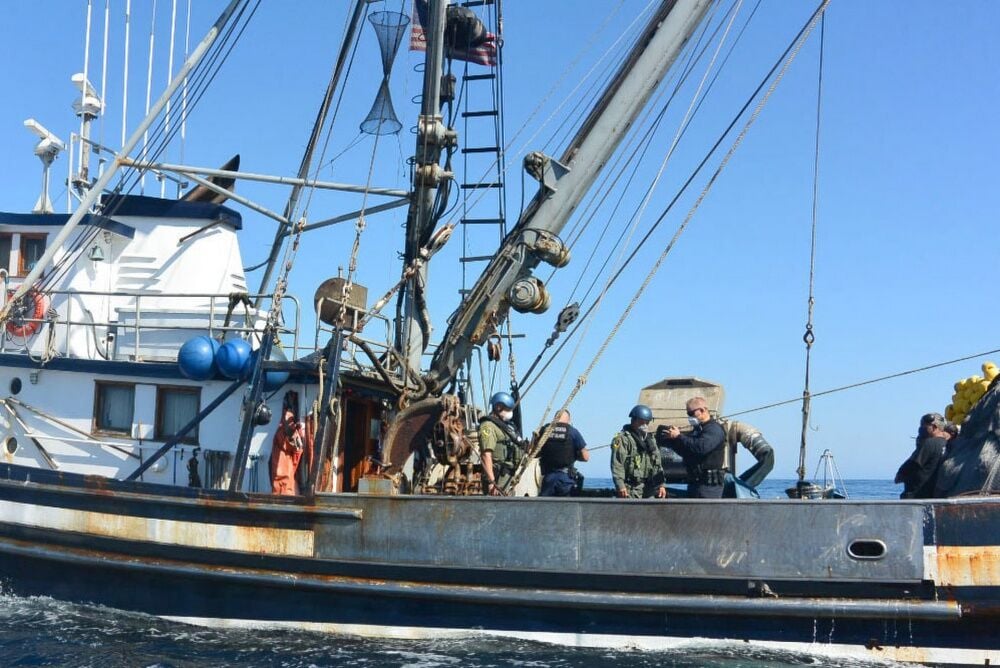 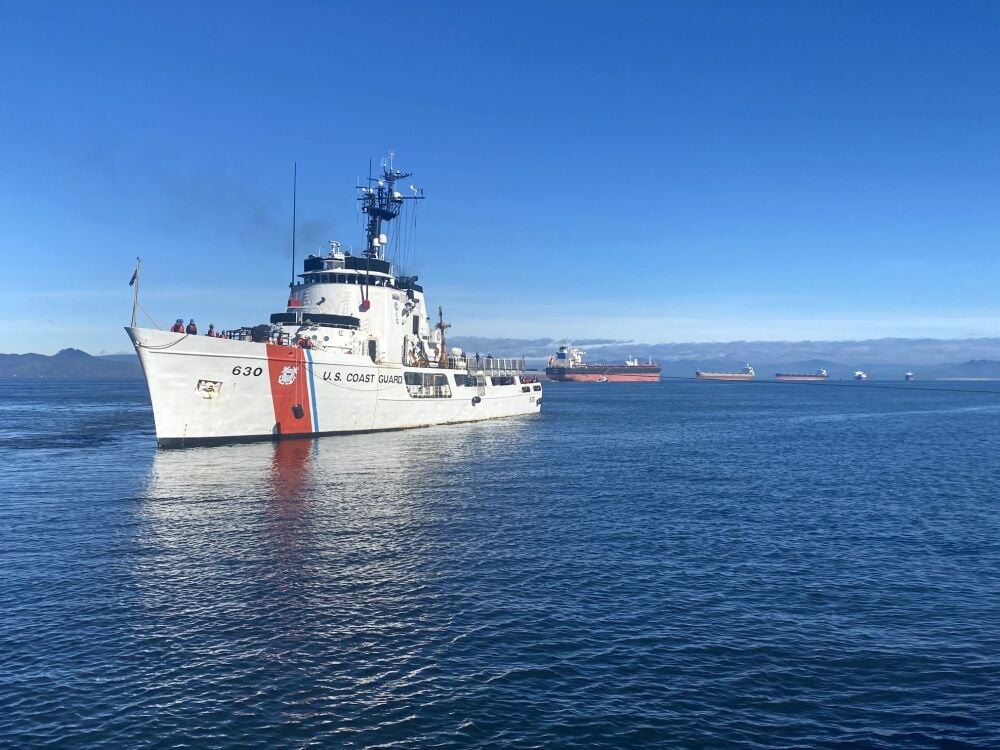 The cutter and crew patrolled the California coast, spanning from Humboldt County to the Southern Maritime Border with Mexico, enforcing federal, state and local policies aboard U.S. commercial fishing vessels.

The Alert crew discovered 30 safety violations and terminated the voyages of three commercial fishing vessels, which were determined to be unsafe to continue operating. The vessel terminations were due to overdue survival craft servicing, expired hydrostatic releases on survival craft and expired flares. At-sea boardings are critical to ensuring safety of life for fleets operating on offshore fishing grounds. These efforts identified potential life-threating situations and required the three vessel operators to correct these deficiencies before continuing their voyage.

The Coast Guard plays a critical role in helping the nation recover and maintain healthy populations of marine-protected species through its statutory mission of living marine resources.

The nation's maritime ecosystems are key to the United States' economy and well-being and ensuring the country enjoys a diverse and sustainable marine environment is an important Coast Guard mission. This effort includes aiding in the prevention and decline of protected marine-species populations, promoting the recovery of endangered marine habitats and partnering with other agencies to enhance the sustainment of marine ecosystems.

“It was amazing safe guarding the waterways and channels so close to where I grew up,” said Petty Officer 3rd Class Riley Wright, a boatswain’s mate aboard the Alert and a native of Murrieta, Calif. “It felt great knowing that we identified multiple dangerous situations with on-board safety gear and that our actions during this patrol potentially saved several lives."

Due to the global COVID-19 pandemic, numerous safety measures and precautions were put into place aboard the Alert.

The boat crews and boarding team members followed both Coast Guard and CDC guidelines to protect the fishing fleets and crews. All personal protective equipment was worn and the Alert’s small boats were decontaminated after every boarding.

The crew also embarked two California Fish and Game Wardens in an effort to build upon standing federal and state level law enforcement partnerships and improve maritime domain awareness for those tasked with regulating safety and oversight of the California commercial fishing industry.

“I’m extremely proud of the Alert crew for their dedication and devotion to duty during our living marine resources patrol off the coast of California,” said Cmdr. Tyson Scofield, the Alert’s commanding officer. “The fishing industry is a vital component of the West Coast economy, and the Coast Guard is ready to keep the industry safe and sustainable. Alert’s first District 11 Living Marine Resources patrol in several years was a resounding success, paving the way for future major cutter operations in the region.”

The Coast Guard Cutter Alert is a 210-foot medium-endurance cutter homeported in Astoria.

The 11th Coast Guard District is headquarted in Alameda, Calif. and encompasses the states of California, Arizona, Nevada and Utah, along with the coastal and offshore waters from the California-Oregon border south including Mexico, Central America and down to South America.

Open enrollment is here: Have you shopped for health coverage?

Open enrollment is here: Have you shopped for health coverage?