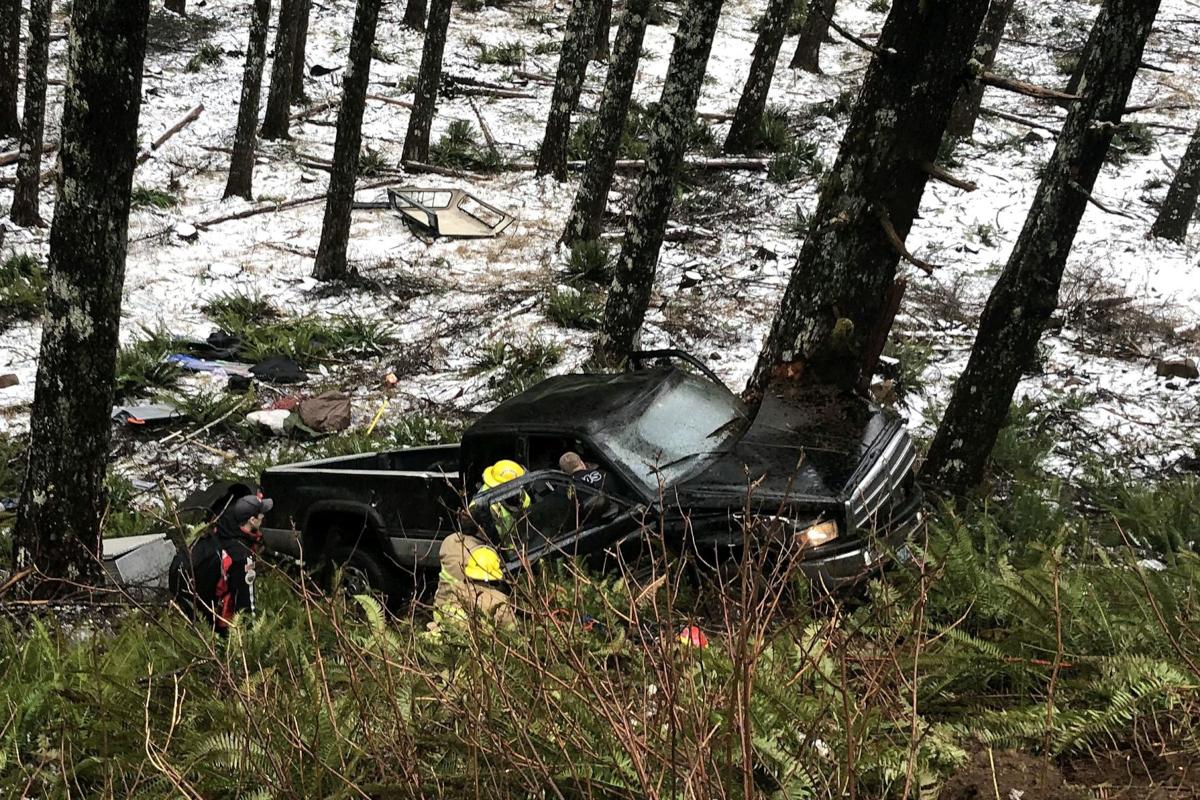 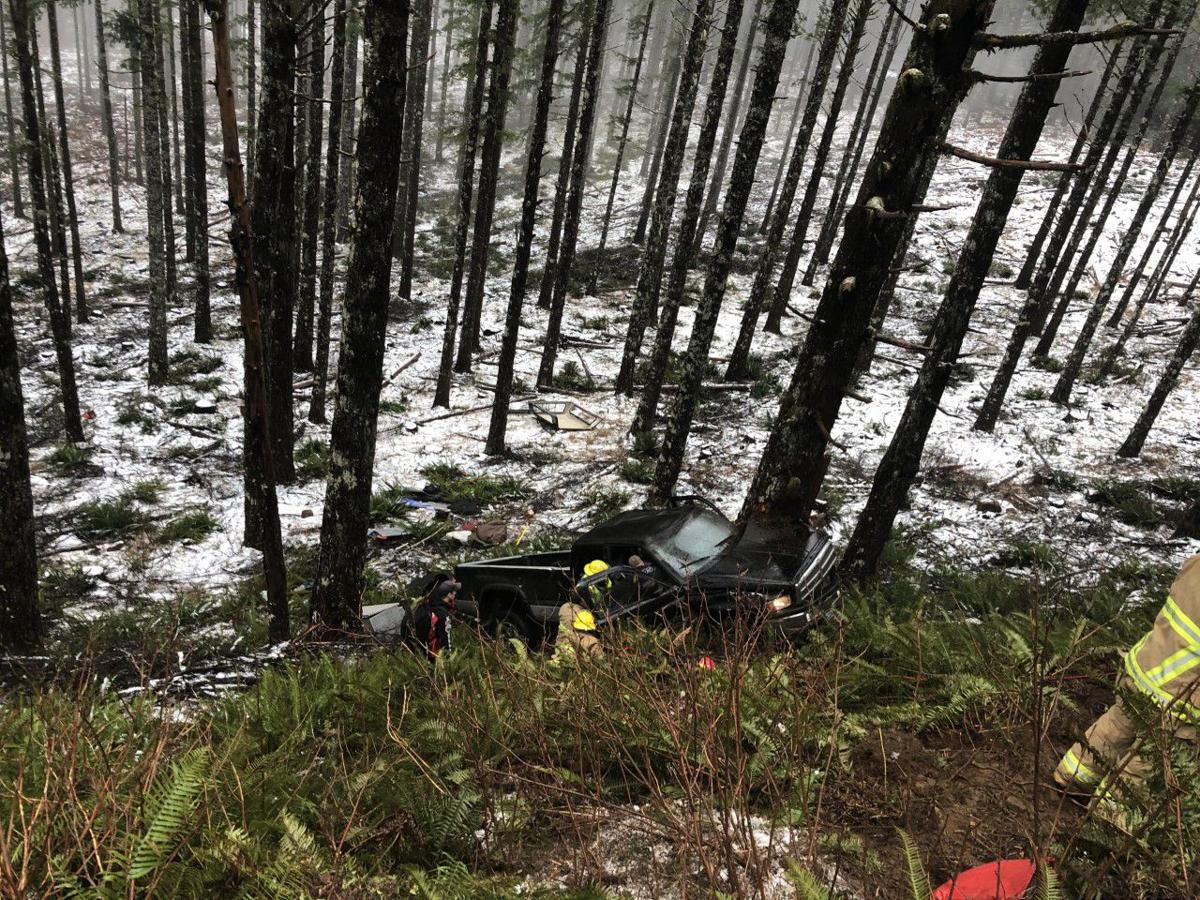 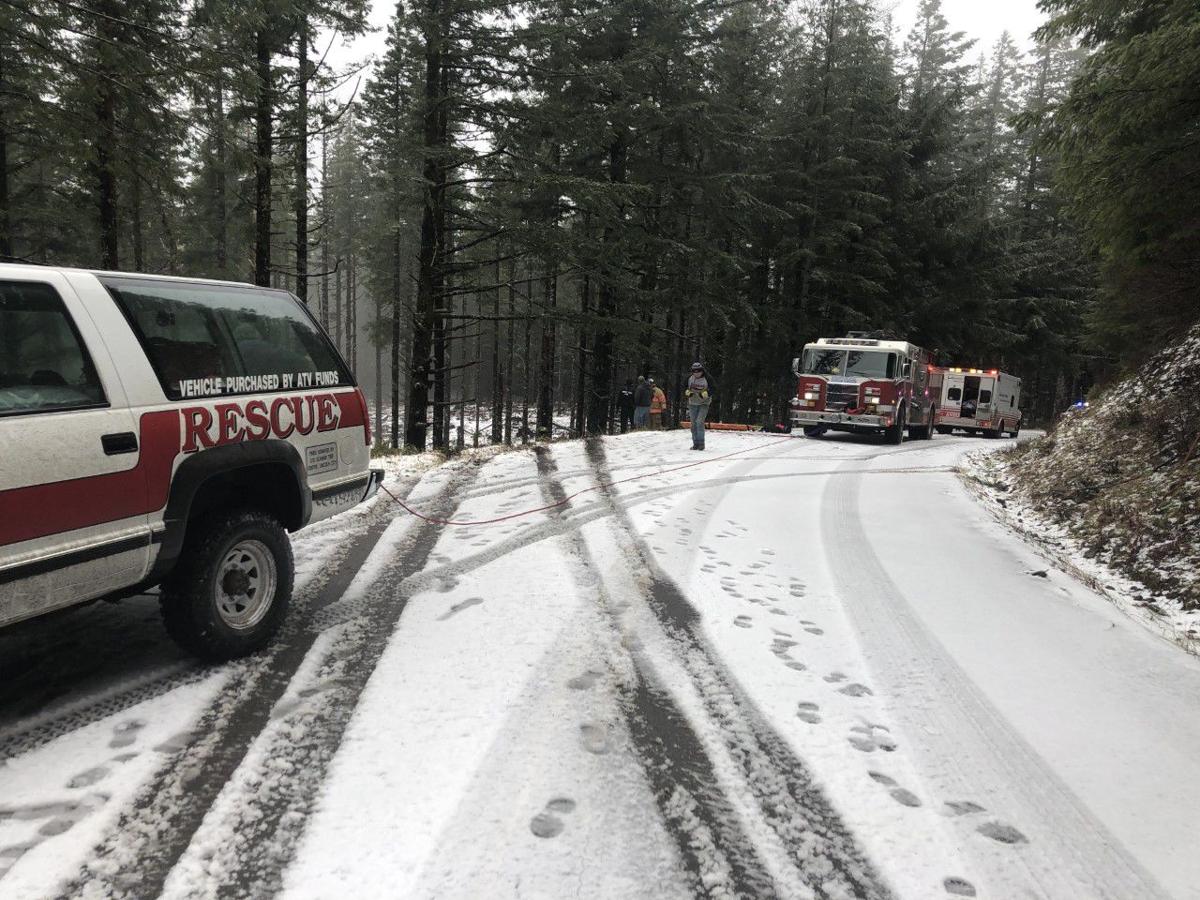 Authorities suspect alcohol was involved in a crash near Lake Hebo that injured two people.

Tillamook County Sheriff's Office responded to a report of a serious injury crash at 1:25 p.m. Saturday, Feb. 8, on U.S. Forest Service Road 14 at milepost 8. Deputies found the crash scene by using GPS triangulation from a cell phone and a description of the location from a passenger.

52-year-old Keith Morago of Junction City was reportedly driving a 1998 Dodge Ram 2500 pickup westbound on the forest service road from Niagara Road toward Lake Hebo when he lost control of the vehicle in the snow, went off the road and rolled down an embankment.

According to deputies, Morago showed signs of alcohol consumption and impairment. He consented to a blood draw and results are pending.

Both the passenger, 48-year-old Kandy Staples-Cooper of Netarts, and Morago were taken to Tillamook Regional Medical Center by ambulance with suspected serious injuries, authorities said. Two dogs in the vehicle were transported to Tillamook K9 Shelter for safekeeping.

The investigation is ongoing. At this time, it appears alcohol, and weather/road conditions may have been contributing factors in this collision, according to authorities. Deputies said criminal charges for driving under the influences are pending results of the blood draw.

I find it truly sad that your paper would write something so damaging to two people that by all rights could have died. I know one of them personally and this person would never drive or ride in a vehicle with someone that had been drinking. Whatever happened to the concept of "innocent" until PROVEN guilty??

~EDITOR'S NOTE: This report includes allegations made by authorities, not the newspaper. The accused will certainly have a day in court. Thank you for your concern.