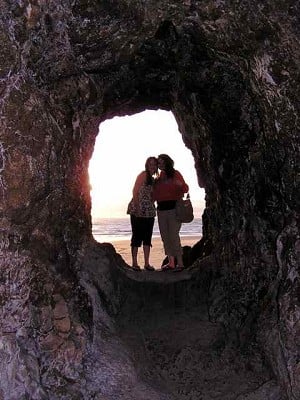 Tourists are still drawn to the Oceanside Tunnel. 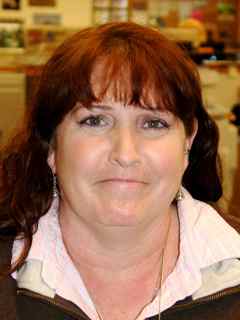 Tourists are still drawn to the Oceanside Tunnel.

Editor's Note: This week, the Headlight Herald begins a periodic look at the history of Tillamook through the stories, people and places that make our county interesting. If you have a story or idea you would like to see featured, please e-mail phiel@orcoastnews.com.

In 1922, brothers J.H. and H.H. Rosenberg purchased 320 acres of prime oceanfront property from the estate of John Maxwell.

Their intention was to create "one of the finest beach resorts on the Pacific coast," reads a 2008 Rosenberg-Whitlock family history. Just two years later, the resort of Oceanside officially opened.

In another two years, the brothers would add a tunnel under Maxwell Point so family members and visitors could more easily reach beaches on the other side.

"They got a miner that knew how to use blasting powder and found a soft spot where they thought it would work best," said Doug Rosenberg, one of the family's numerous descendants still living in Tillamook. "The miner did the blasting and my dad and his cousin wheeled the debris out."

The new tunnel gave visitors to the township easy access to view California the sea lions, harbor seals, puffins, common murres and rare six-rayed starfish that inhabited the beach, rocks and caves of the seashore.

While a skating rink, dance hall and bath house once located in Oceanside are now long gone, the Rosenberg tunnel remains. For the past few months, I've been thinking about that tunnel quite a bit. I've been told repeatedly of the scenic vistas and agate-strewn beaches that lie just on the other side. And just out of my reach.

As someone with claustrophobia, the idea of spending any amount of time in a darkened tunnel is daunting. So I decided to a little research on the history of the tunnel in an attempt to find something that would bolster my confidence.

Much of the history about the Maxwell Point tunnel - like that of Oceanside itself - isn't found in government documents or history books, but in the memories and recollections of its residents, both past and present.

Interestingly, not everyone who made the short trip though the tunnel came out unscathed. Aside from those trapped by high tides, waves and wayward logs, some were subject to the antics of the Rosenbergs' children and grandchildren.

"Oh, we lived in it as kids," said Doug Rosenberg. "We'd fix up a plastic sheet of some sort and fix it up there in the dark so it would fill clear full of water, and then pull the string."

Later on, the tunnel was reportedly used for more serious purposes. Several sources claim it was put to use by the U.S. military patrolling for Japanese ships and planes during World War II.

"Rosenbergs' tunnel was closed and the soldiers from the north barked out orders to stay back, while soldiers from the south were polite and spoke their request in dulcet tones," described Mary Eveyn Metcalf in her book, "Treasure by the Sea: Oceanside, Oregon."

It's also rumored that a cannon was installed at one end of the tunnel, although proving that may be impossible.

"All the beaches were pretty heavily guarded. I just don't know where it would have been," said Tillamook Air Museum curator Christian Gurling. "I've never even seen any photos."

According to a Rosenberg family history compiled in 2008, J.H. and Dora Rosenberg's son, Glenn, told of a particularly exciting event at Maxwell Point during the war.

Several blimps from the Tillamook Air Base had been moving between the point and Cape Lookout, when as one blimp "approached the cape, it was met by five Navy submarines and they started dropping depth charges that would throw water into the air higher than the ships themselves.

Keeping the tunnel open has come with some difficulty. A 1979 article in the Headlight Herald reported that late in the afternoon May 13, 1979, a rock slide closed off the tunnel completely. No one was in the tunnel at the time.

Although the tunnel eventually was reopened thanks to a storm that washed much of the debris out, a cement portico on the south side of the tunnel was added to make its entrance more stable.

Armed with my new knowledge, not long ago I plucked up my courage and made the trip through the Rosenberg tunnel. All those agates and stunning vistas on the other side were well worth the trip.

Some frontline workers, others to be eligible for vaccine March 29

Some frontline workers, others to be eligible for vaccine March 29