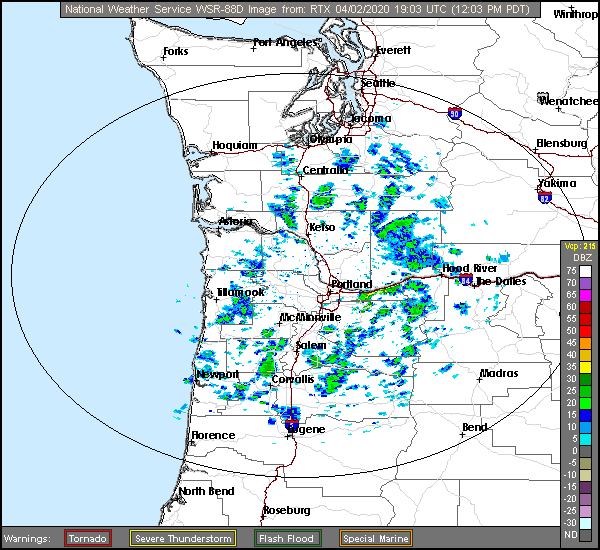 The cool, showery weather continues. Today we have a trough of low pressure pulling showers in from the northwest, some with small hail, the snow level down around 1800’. The shower activity eases tonight which is a good thing as the snow level drops down to near 1000’. This means the passes could be seeing accumulating snow tonight. During the heavier showers the snow level could temporarily drop even lower. The overnight low temperature will be around 35.

A weak ridge moves in later tomorrow and the shower activity diminishes leaving mostly cloudy but dry conditions tomorrow night, the low near 34. The pattern is rather complex over the weekend, but the end result is we have a chance of showers Saturday and Sunday, highs near 51, lows near 37.

As for next week, it is sort of looking like a high pressure ridge will try to build in which would cap the shower activity, or at least make it more widely scattered. Some of the models disagree with this but for now, it is mainly looking dryer for Monday and Tuesday of next week. Sorry, but the long range models show an increasing chance of showers for Wednesday and Thursday. With a more southerly flow, things look like they will warm some, highs around 56, lows near 38.

Gordon’s “Though for the Day”

I posted this on my ‘Gordon’s Tillamook Weather Center’ Facebook page yesterday but though it was worth sharing here as well!

This is the biggest thing that has happened in our lifetime. For me, even topping my San Francisco Earthquake back in '89, and Katrina in New Orleans in '05. The one thing I have learned in all my disaster experience...it will pass. During this period, learn from it and keep moving on, one step at a time, one day at a time!

Sometimes we get stressed, maybe at work, maybe at home or even while shopping. While you are out and about, and even in your home, remember, others are stressed also so remember your attitude, that's the only one YOU can control. To help with the stress, give yourself a break from the media news from time to time, from Facebook chatter, from this COVID reporting that is non-stop.

Remember, your attitude can have a positive, or negative effect on others as well. Things are changing day-to-day and we just need to try and keep up. Hang in there yall and remember, positive attitude, it's what Tillamook County is known for!

This project consists of performing work as follows:

- Remove and reconstruct six bridges and trolley crossings (Including tracks)

This Project replaces six aging bridges at the Astoria Waterfront, at 6th through 11th Streets and to install drainage and water quality facilities at the intersection of Highway 30 and 30th Street in Astoria. Streets will be closed while construction is occurring except for Highway 30. Flaggers will control single lane traffic while construction is occurring at 30th St. The odd numbered streets (7th, 9th and 11th) are completed, except for utility relocations underneath the structures, which is anticipated to have little to no impacts on public mobility. The even numbered streets (6th, 8th and 10th) are to be completed no later than June 30, 2020. Additionally, lane restrictions on Highway 30 and 30th street may occur during the following periods of time beginning on Monday February 24, 2020:

30th Street: One Traffic Lane may be closed on 30th Street when allowed, shown, or directed during the following periods of time:

Legal holidays are as follows:

Memorial Day on the last Monday in May

Labor Day on the first Monday in September

Thanksgiving Day on the fourth Thursday in November

Temporary Pedestrian Access Routes (TPAR) will be maintained throughout the work zones and will be ADA compliant.

This project includes work as follows:

repairing the damaged concrete with cathodic protection; and

Initially in mid March, the traveling public will notice the contractor building the containment structure which will be attached to the sides of the bridge, and a barge in the water with support boats bringing crew and materials to and from the barge. Once the containment structure is in place, actual construction will begin. Most of the construction will be performed below the bridge from the barge.

The traveling public can expect periodic single lane closures at night to allow the contractor to move equipment and perform repair work on the bridge. The lane closures will be Sunday night through Friday morning, 9:00 p.m. to 5:30 a.m. A pilot car may be used to guide traffic through the lane closure. A complete two week night time closure of the bridge is scheduled in 2021 toward the end of the project.

An alternative route during periods of lane closures and the full night time closure is U.S. 101B over the Old Youngs Bay and Lewis and Clark River Bridges.

The work to be done under this Contract consists of the following:

This Project consists of installing temporary widening to accommodate traffic, constructing most of the new bridge, realigning traffic on to the new (partial) structure, demolition of the old structure, channel reconstruction and completion of the new Bridge. There will be 24 hour flagging during the stage construction with pilot cars. Traffic restrictions employing 24 hour flagging may occur beginning:

September 1, 2019 through June 30, 2020 and September 1, 2020 through November 30, 2020 between 7:00pm Sunday and 12:00 pm Friday. Except between 12:00 noon preceding a legal holiday or holiday weekend and midnight on a legal holiday or the last day of a holiday weekend except for Thanksgiving, when no lanes may be closed from noon on Wednesday and midnight the following Sunday. Additionally, The Clover’s Day Festival is included as a Special Event which will be regarded as a holiday for this Project.

Single lane traffic will be allowed nightly only:

The Wayside will be closed for stages of construction and will be signed with the closure dates two weeks prior to being closed.

This project includes work as follows:

Install pedestrian and bicyclist signals on either side of the tunnel; and

Replace overhead lighting in the tunnel.

This Project consists of installing new tunnel lighting and updating the electrical system in the tunnel on US101. New signs and signals for bike access will be installed on either end of the tunnel. One or more Traffic Lanes may be closed on the Oregon Coast Highway (US 101) during the following periods of time starting January 6, 2020:

Legal holidays are as follows:

Memorial Day on the last Monday in May

Labor Day on the first Monday in September

Thanksgiving Day on the fourth Thursday in November

Interest in home gardening has skyrocketed during the COVID-19 pandemic. In response, the Food Hero team at Oregon St… Read more