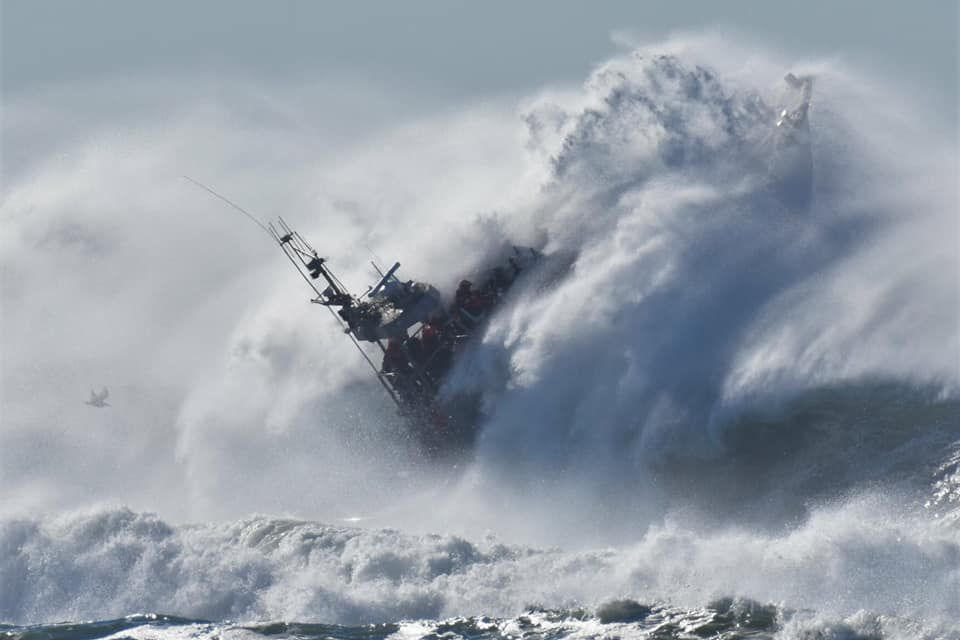 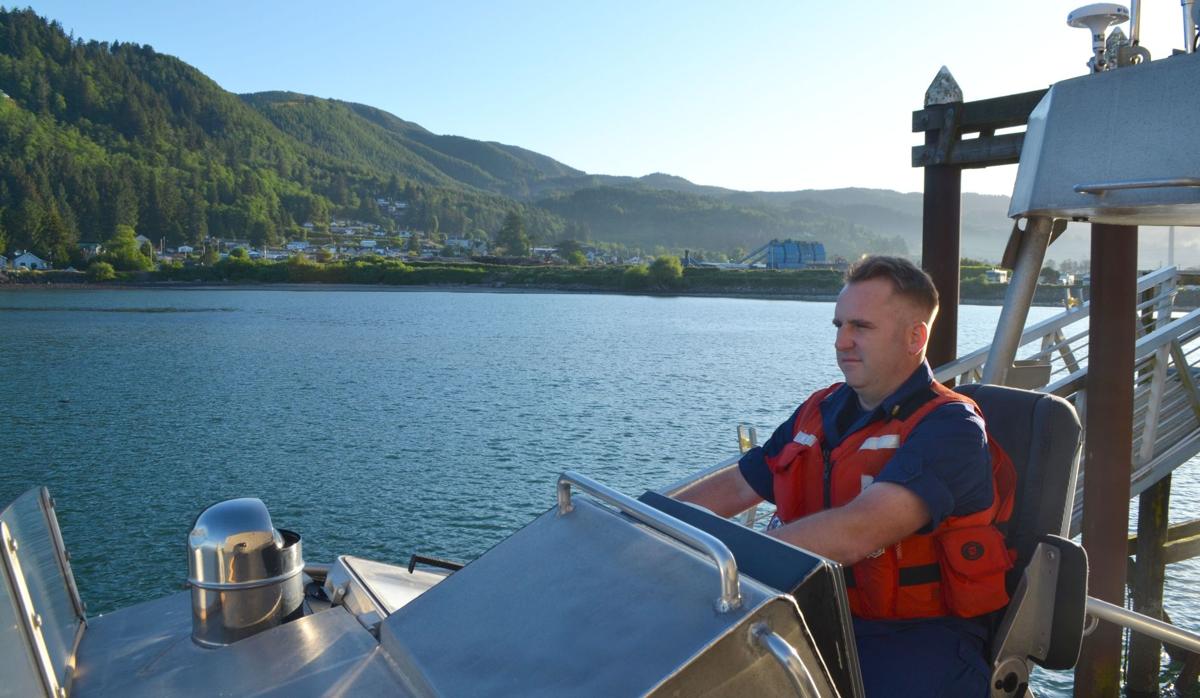 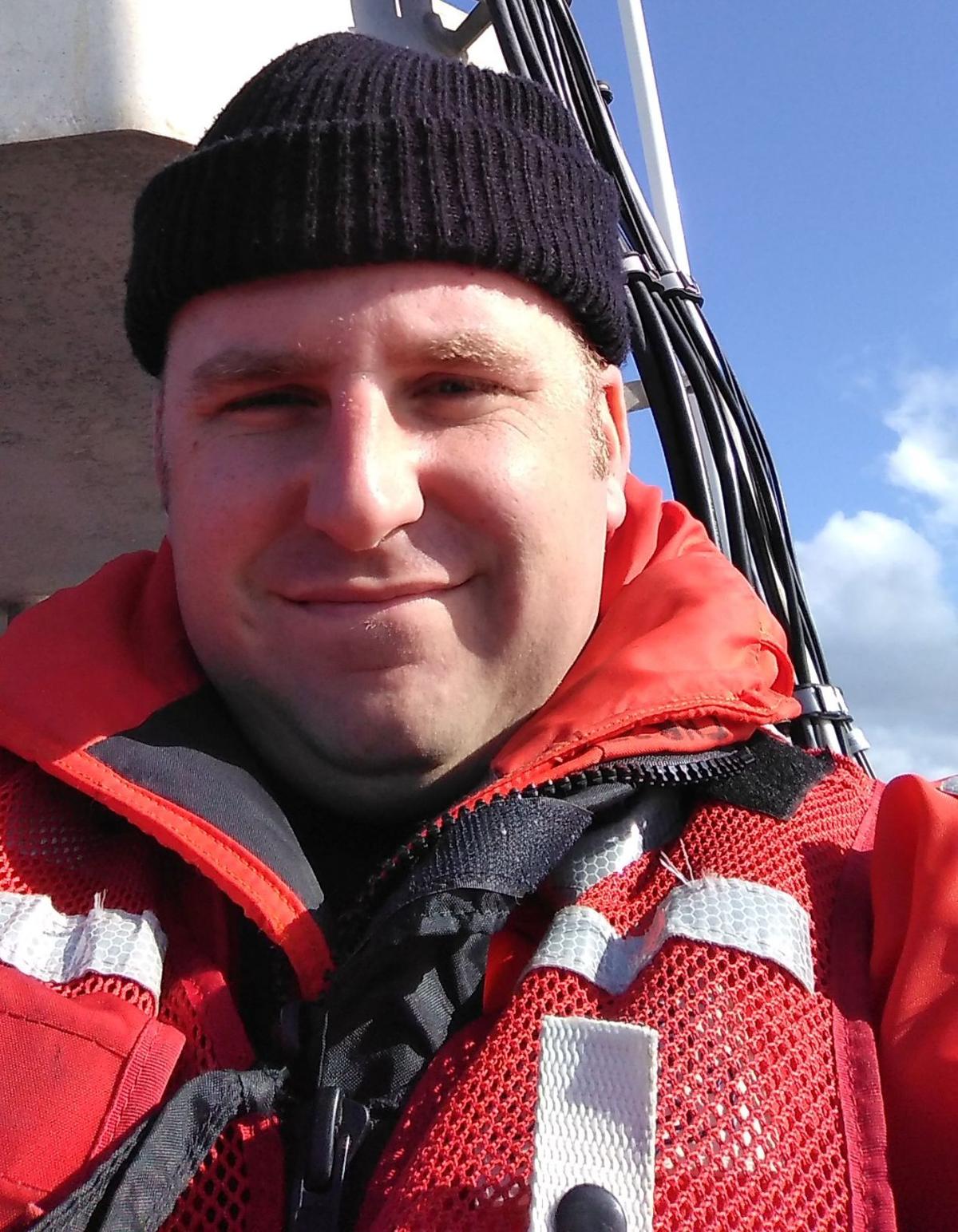 When your average person thinks of the word “surfman” they picture a guy hitting the beach with a board.

But for Boatswain Mate 1st Class Jimmy Thrall, he plows through the surf behind the wheel of a boat to save people or vessels in distress. Specifically, a 47-foot boat owned by the U.S. Coast Guard. His title: ‘Surfboat Driver’ or ‘Surfman.’

Thrall, a resident of Bay City, began his career with the Coast Guard in 2005 and has been at Station Tillamook Bay for the past five years.

Thrall sailed on the ‘Active’ from Port Angeles, Washington down the Pacific Coast all the way to the waters off Colombia and Ecuador on a drug interdiction mission. “We crossed the equator on that trip”, he said. “I think El Salvador was the sketchiest place I saw.”

His cutter service completed, Thrall then aimed his sights at surfman certification. He attended Basic Coxswain School for two weeks, followed by Heavy Weather Coxswain School for three weeks, and Surfman School for four weeks, all in Ilwaco, Washington. During this time he was assigned to Station Quillayute River in La Push where he remained until 2015.

In May of 2015 he was assigned to Station Tillamook Bay.

Of the 40 Coast Guard personnel currently at the station, only five are surfmen.

Thrall said the Tillamook Bar is unquestionably the most dangerous bar on the Oregon coast. “It is so unpredictable due to so many shallow spots that are caused by the jetties. Conditions can change in a matter of minutes.”

When asked if saving lives has been his biggest challenge as a surfman, he candidly said “I really don’t think of saving lives as a challenge. It’s just my job.”

But he recalled one time when things were “a bit dicey” in October of 2015.

“There was a commercial fishing boat called the ‘Willapa’ that had become disabled about two miles or so out at sea off Manzanita. We were towing her back toward Tillamook Bay. It was close to midnight. We knew the bar was going to be picking up and we wanted to hurry and get them in. The bar was going to be deteriorating quickly. When we started getting close to the bar, the other lifeboat came out to see what would be the best area to come in. We decided the north side of the bar was the best because the south side had already started to break. When we started coming in through the jaws a big wave came through and picked up the boat, causing it to surf up the towline. There was only one guy on the boat.”

“We got her in just seconds before the north side started to break,” he said. “Had it started to break before we got there, we would have been forced to wait out there until the tide changed, or all night.”

While he said three boats have capsized on the bar during his five years at the station, there has only been one casualty: a man who died from a heart attack. “But I know there have been many deaths on the bar before I came here.”

But the biggest emotional challenge for the surfman occurred on July 7, 2010.

“We had a Coast Guard helicopter crash in La Push,” he said. “They had hit a power pole and sheared off the tail rotor. I was called up as part of the search and recovery team and later as part of the salvage operation.”

The only survivor was the co-pilot, Thrall said. “Two of the crew members were killed but we couldn’t locate the pilot. We had to assume at that point that he might have still been alive. Debris from the wreckage was everywhere. They finally found the pilot’s body in the front part of the fuselage underwater. He was still strapped in his seat.”

Station Tillamook Bay confirmed that “As one of the Senior Duty Officers at the station, he (Thrall) has coordinated or responded to 105 search and rescue missions, preserved 6.9 million dollars of property and has saved 11 people.”

In addition to his job as a surfman for the Coast Guard, Thrall has also been a volunteer firefighter for the Bay City Fire Department for the past 2 ½ years, as have five other members of Station Tillamook Bay.

Thrall lives with his wife, Rachele, three sons, and one daughter in Bay City.

Winter: What we can expect

Advisory: Freeze Watch until 10:00AM Monday

Winter: What we can expect

Advisory: Freeze Watch until 10:00AM Monday

Letter: Hall will represent the people of Garibaldi

Letter: Trump does not deserve another term

Letter: Josh Brown: A Sheriff for the Community

Regina Marie Daughn passed away peacefully at Tillamook Regional Medical Center during the early morning hours of Wednesday, Oct. 7. The cause… Read more

Letter: Hall will represent the people of Garibaldi

Letter: Trump does not deserve another term

Letter: Josh Brown: A Sheriff for the Community