Memorial Day Weekend Special! Click Here to view this week's E-Edition for FREE and to subscribe at 20% off! 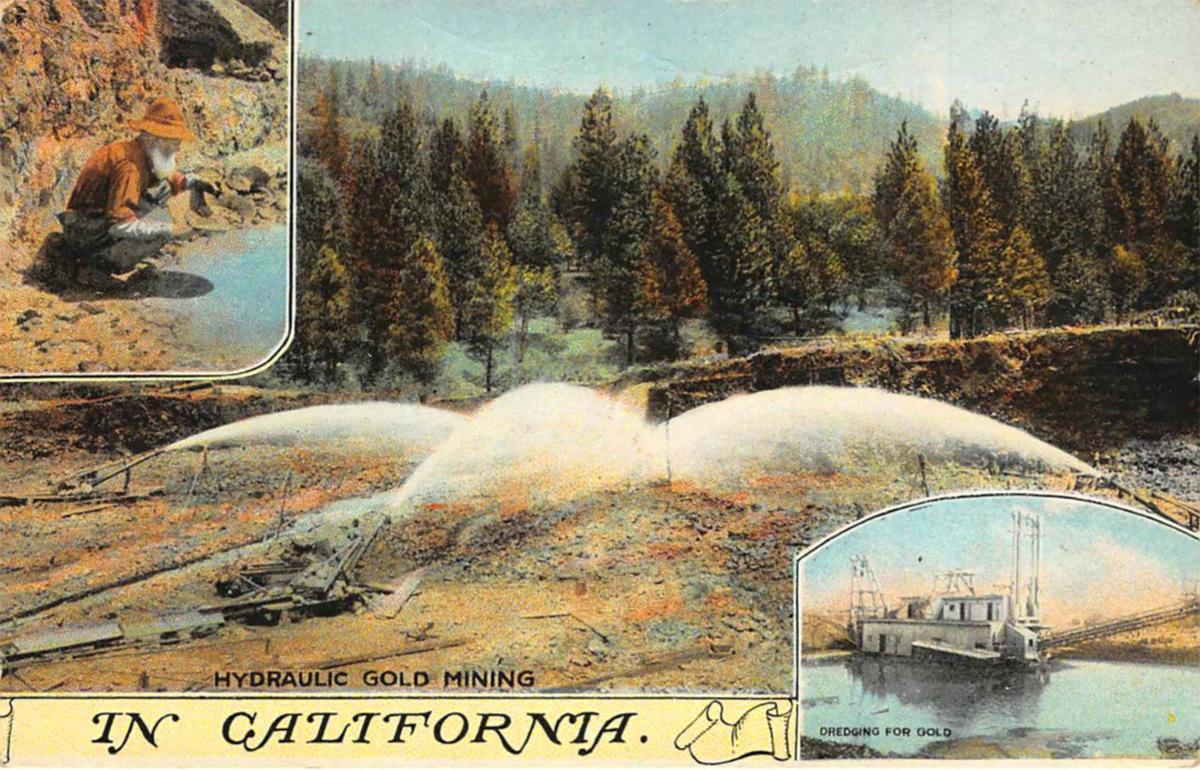 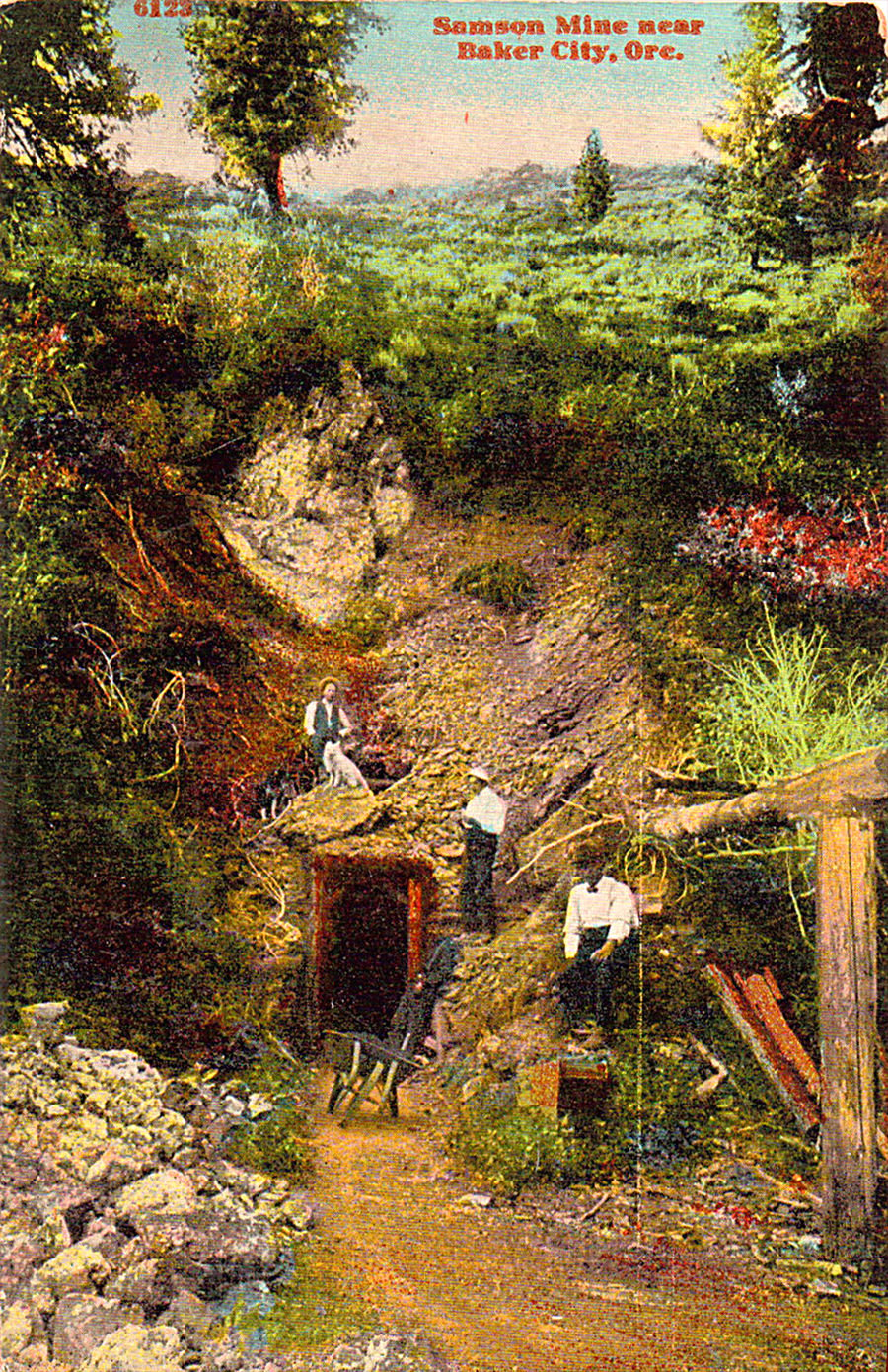 The entrance to the Samson Mine, near Baker City.

The entrance to the Samson Mine, near Baker City.

It was the spring of 1862, and prospector William C. Aldred had been in the gold fields of California since the Gold Rush first broke out — about a dozen years. And he’d hit just enough gold to keep him fed, clothed, and hopeful.

Then one day, as he was taking a little refreshment in the mining-camp saloon, a stranger blew in, took a few drinks on board, and started talking about the rich gold strike that had just been hit in Florence, Idaho.

This fellow must have been a pretty talented talker, because Aldred and the other miners got very excited listening to his descriptions.

Word of the strike spread through the little mining camp at lightning speed. Most of the 100 or so miners working in the camp were looking for something new. They were diligently working their claims, but none of them were getting rich doing it, and nothing they’d seen at the diggings there had given them much reason to hope that they ever would.

So very quickly, a group of some 60 of them packed up their things, pulled their claim stakes, and headed for the coast. They booked passage on a coastwise passenger ship to Astoria, hopped a riverboat to Portland, hopped another to The Dalles, and set out for the Idaho diggings on horseback — following a route that led them up the John Day River valley toward Idaho.

This was not, of course, an inexpensive voyage for any of the miners; so maybe the diggings they’d been working in California weren’t so stingy as the story claims. But the stranger in the saloon had painted a truly golden picture of the diggings in Florence, and the men were all motivated to get there just as fast as they possibly could, before all the good claims were staked. Speed was especially important to the man the miners had elected from among their number as party leader; he drove the party on with almost desperate haste.

They hurried along, through the future townsites of Antelope and Mitchell and found a suitable place to ford Canyon Creek. As they were doing that, Aldred looked down in the creekbed and saw a pattern of fine gravel there, which looked an awful lot like some of the richer diggings he’d seen in California. He hollered for the party to halt — it was late in the day — and camp by that creek, so he could check on it.

The leader wouldn’t hear of it. They had to get to the real gold bonanza in Florence before some other jokers beat them to it. They couldn’t waste time stopping and investigating every possible bit of penny-ante gold ore. Every minute counted. They would press on.

Reluctantly, Aldred followed. In 1862, in the territory of the Bannocks and Cayuse tribes, it was not safe for foreigners to wander about in ones and twos — or maybe it was, but none of the miners thought so. After all, what shall it profit a man, if he shall gain the whole gold mine, and lose his own scalp?

So, on they pressed; but when the leader decided to make camp a mile or so later on, Aldred hastily rode back to the creek to check out that gravel.

The water was waist-deep, and Aldred hadn’t brought a bucket. So he stripped out of his long underwear, tied the legs in knots, and plunged naked into the creek. Scooping up the gravel, he filled his underwear with it, lugged it ashore, and dumped it out. Rinsing and wringing out his Union suit, he climbed back into it, grabbed his gold pan, and got to work.

He got a quarter of an ounce of gold out of just that one underwear-load. That’s seven grams of the yellow stuff — at current prices, about $350. Not bad for ten minutes’ work.

Very excited, Aldred raced back to camp to show what he’d found. But the leader — and presumably most of the rest of the party — didn’t care. Convinced that where they were going there would be even more and richer gold deposits, they insisted on pressing on. And Aldred reluctantly joined them. There weren’t enough of the miners willing to stay behind with him to be safe against Indian attacks.

THE SAME THING happened again the very next day. The party found a very promising gold deposit about three miles east of the future townsite of John Day — but, lured on by those grandiose dreams of mile-wide quartz veins and nuggets big enough to stub your toe on, the party pressed on.

When they reached the John Day River, the water was high and turbulent. Two members of the party started to cut down a tree to make a bridge across it; but the leader, frantic to get to Florence in time to stake a claim, shouted for everyone to follow him and drove his horse full-speed at the river, intending that the animal should plunge in and swim across. But when the horse realized what he had in mind, it slammed on the brakes right at the edge, pitching its rider headlong into the rapids; Aldred, jumping in to save the panicky idiot, nearly drowned himself.

Eventually, the party found itself at the mining town of Auburn, in the general vicinity of Baker City. There they paused at a saloon to slake the trail dust, and while they were doing that, they were told that the Florence diggings were already petering out — the strike had only been a pocket.

Golden dreams die hard, though, especially after one has invested as much money in it as the 60 miners had (both in hard costs, and in opportunity costs; after all, during a gold rush, time is money). The majority of the party was eager to press on to Florence anyway. After all, maybe the rumors were started by miners seeking to keep the competition away. Who knew?

But the rumors introduced enough doubt that Aldred was able to convince 17 members of the party to go back to that quarter-ounce-per-underwear-load creek they’d crossed, at which they’d turned up their noses a week or two earlier.

And so the party split. The main group headed on to Florence and disappointment, and the 17 rebels, led by Aldred, headed back to Canyon Creek.

What they found there must have hit Aldred like a punch in the gut. Both sides of the creek, for miles in both directions, were lined with miners working the diggings with pans. In the few weeks that they’d been racing to Florence, other miners following in their tracks had noticed the promising deposits, and unlike the greedy members of Aldred’s party, they’d stopped to work what was obviously a very rich strike.

Aldred wasn’t able to find any suitable part of the creekbed that hadn’t already been claimed. So he and his 17 fellow travelers turned and backtracked — hoping, no doubt a little desperately, that the same thing hadn’t happened with the strike they’d stumbled across on the following day, the one near John Day.

It hadn’t. When they arrived on the spot, they had it all to themselves. Staking their 18 claims, they got busy ... and got rich.

How rich? Historian Kerby Jackson, in his book The Golden Trail: More Stories from Oregon’s Mining Years, reports, “Some early stories claim that some miners made as much as $2,000 per hour, although this is probably greatly exaggerated.”

Eventually, though, the easy gold was gone, and Aldred’s 17 companions drifted off, following rumors of other strikes around Eastern Oregon and Idaho.

Aldred, though, stuck around. He was still striking color, and he was not, as you will have gathered, the kind of guy who goes chasing after utopian rumors when he’s got his hands on a pretty good thing already. He continued diligently working his claim ... and then one day he found a vein of decomposed quartz, either on his claim or nearby.

Now, decomposed quartz is what miners dream of finding. It’s often full of gold, and because it’s decomposed, it’s easy to crush to retrieve the color. It also often appears in very large veins running across country.

This was a massive vein, running deep into a hillside.

Aldred claimed it, then went around and raised some capital to build a stamp mill to exploit it. This became the famous Prairie Diggins mine; at its height, the mine and mill employed 80 men.

What are you doing for Memorial Day weekend?

What are you doing for Memorial Day weekend?

Courthouse reopens to employees May 26

Oregonians can now play the lottery from home

Courthouse reopens to employees May 26

Oregonians can now play the lottery from home

Letter: The me first culture

Letter: We need to keep Tillamook County closed and safe

Letter: The me first culture

Letter: We need to keep Tillamook County closed and safe