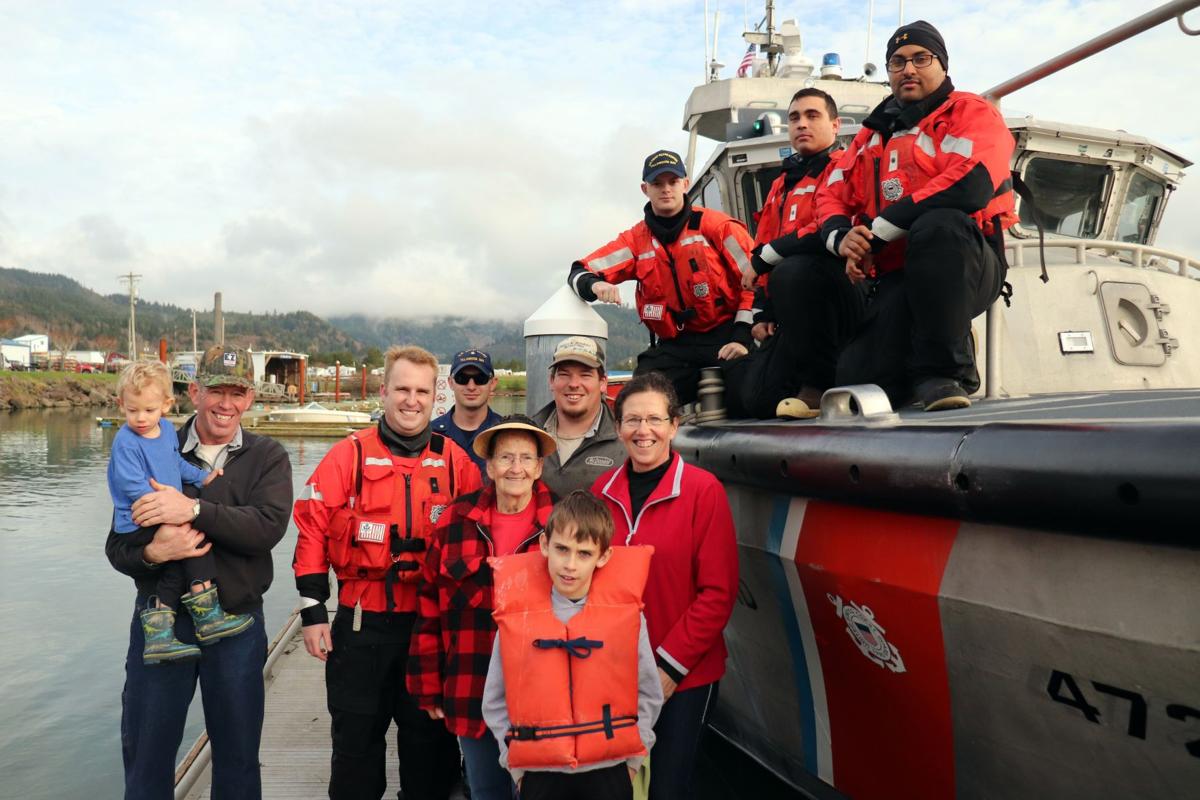 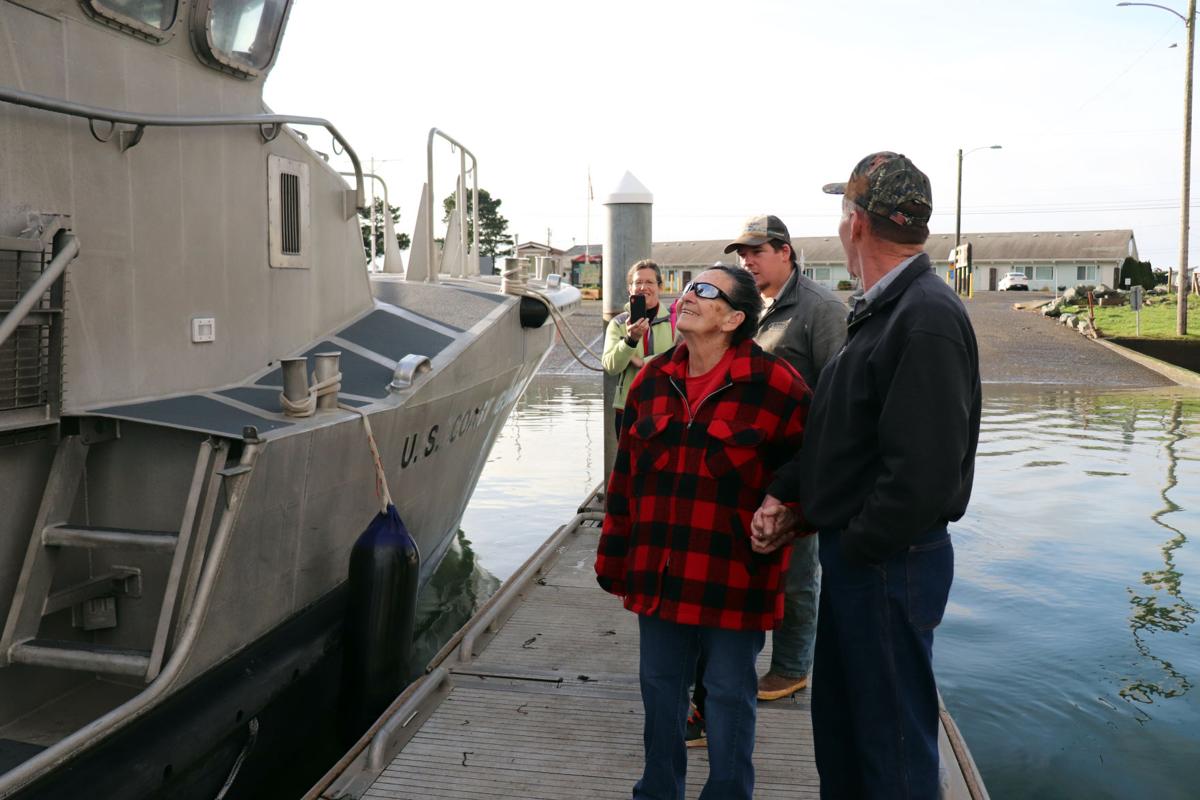 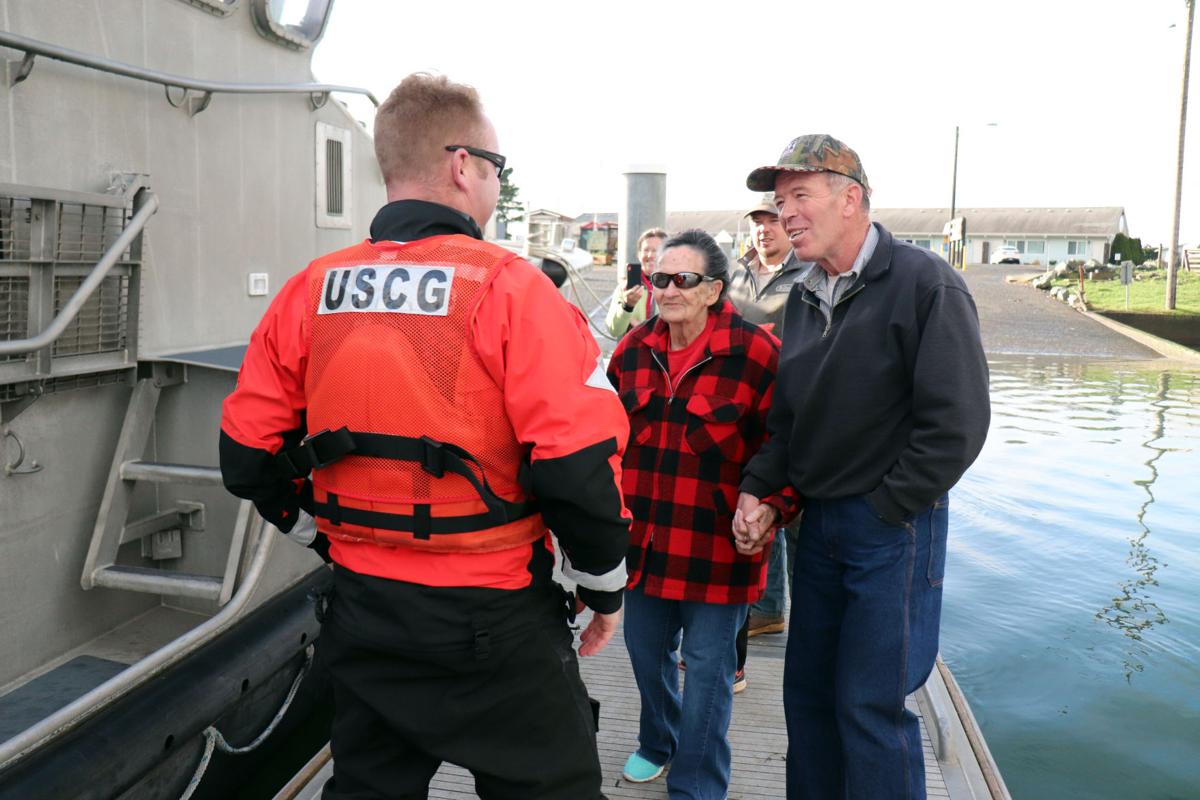 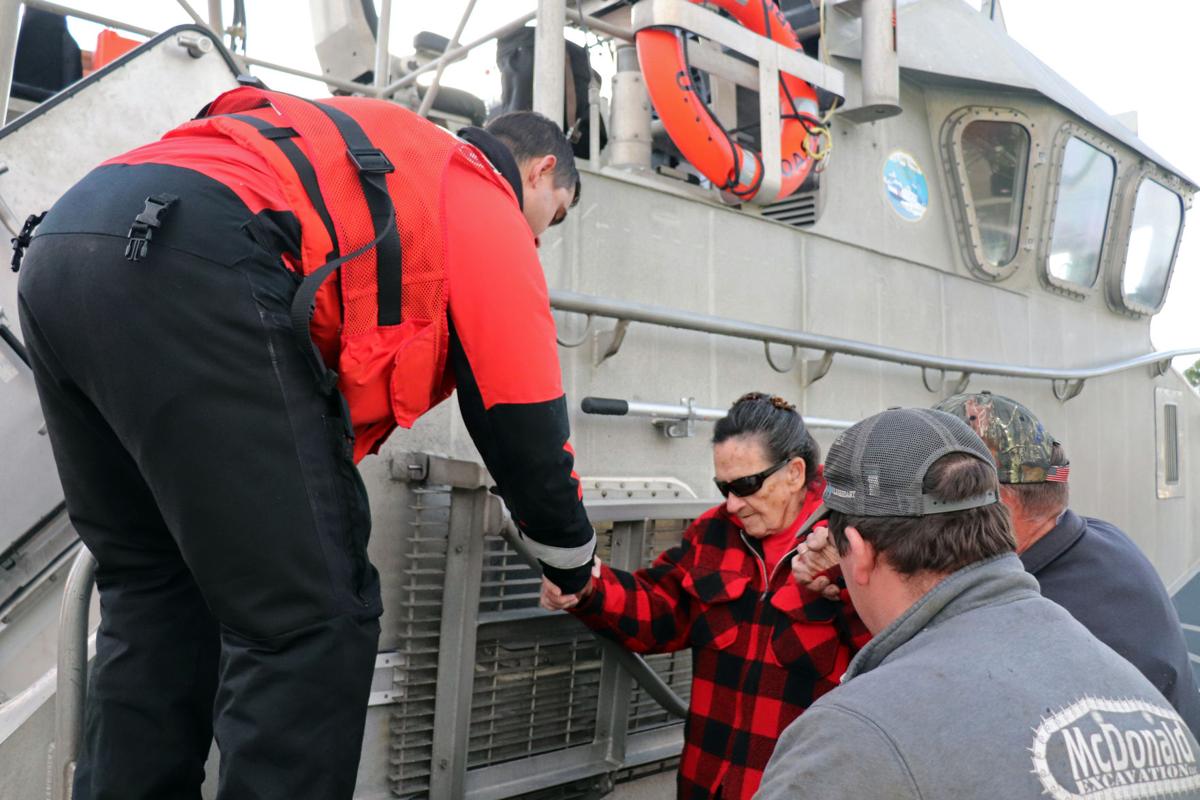 Getting aboard the boat. 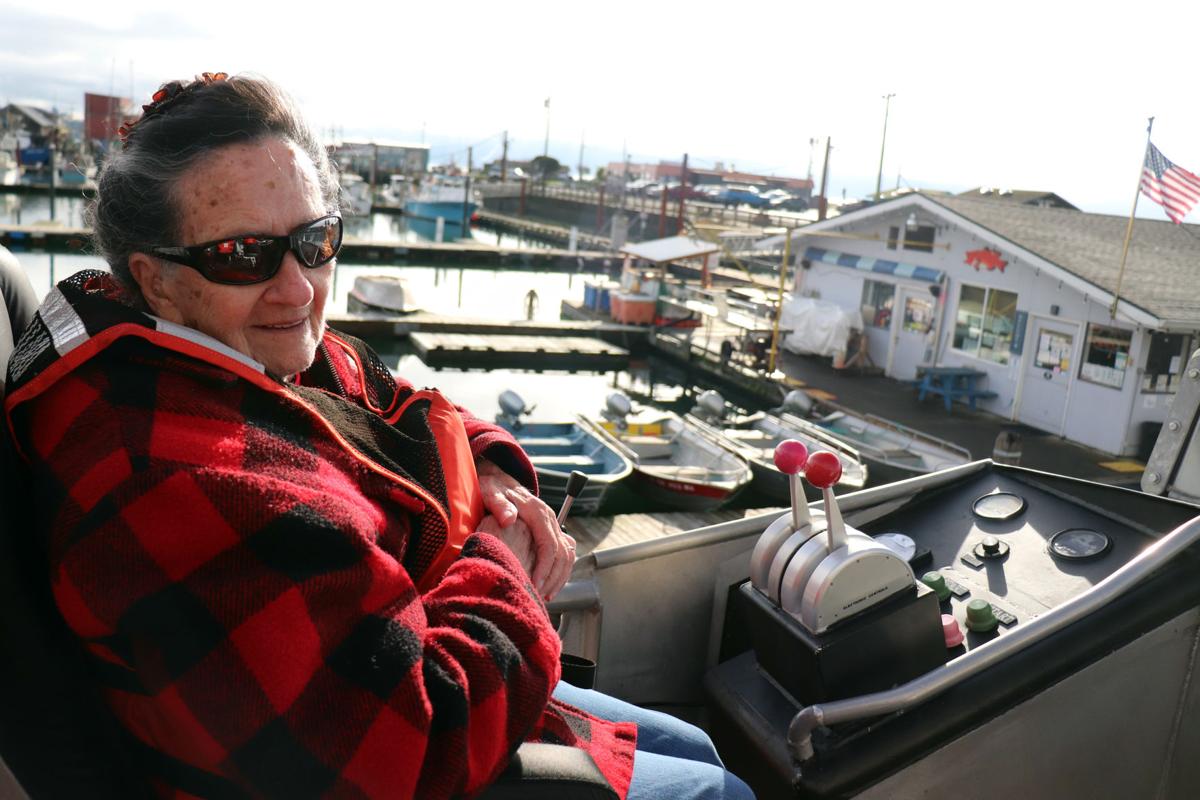 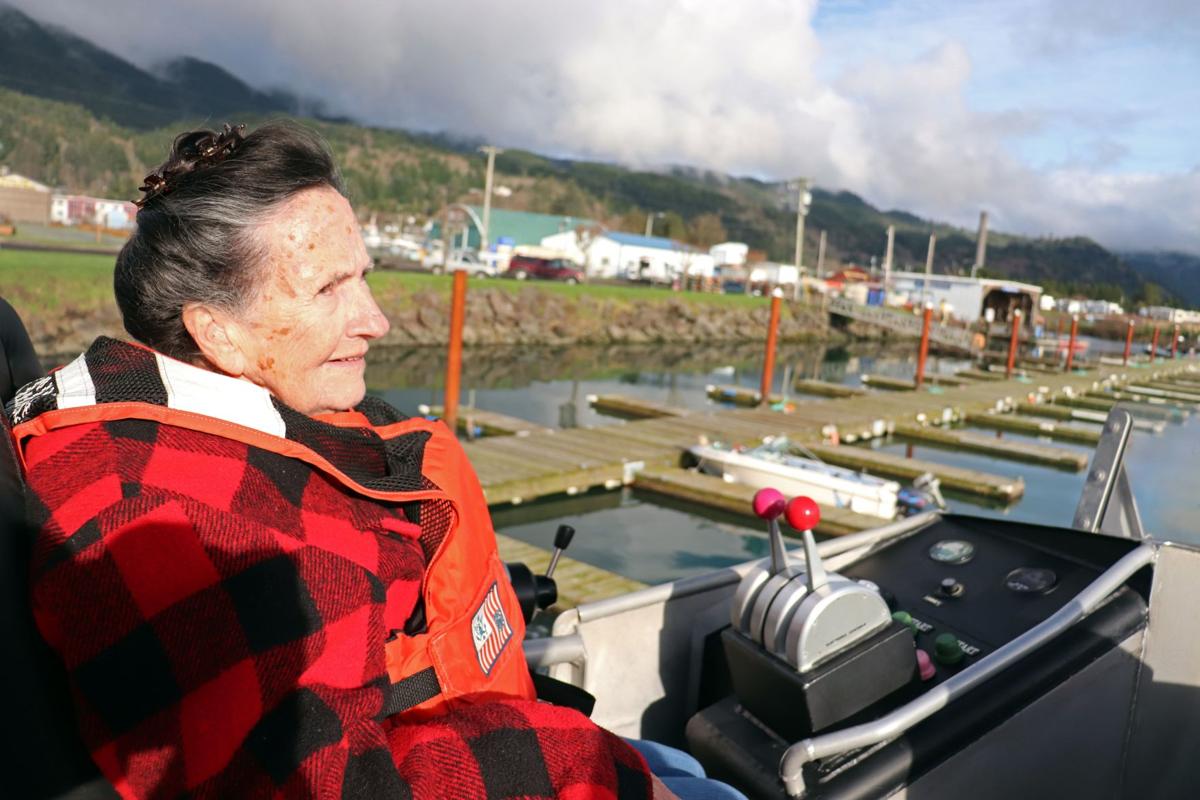 Basking in the sunshine, leaving the marina. 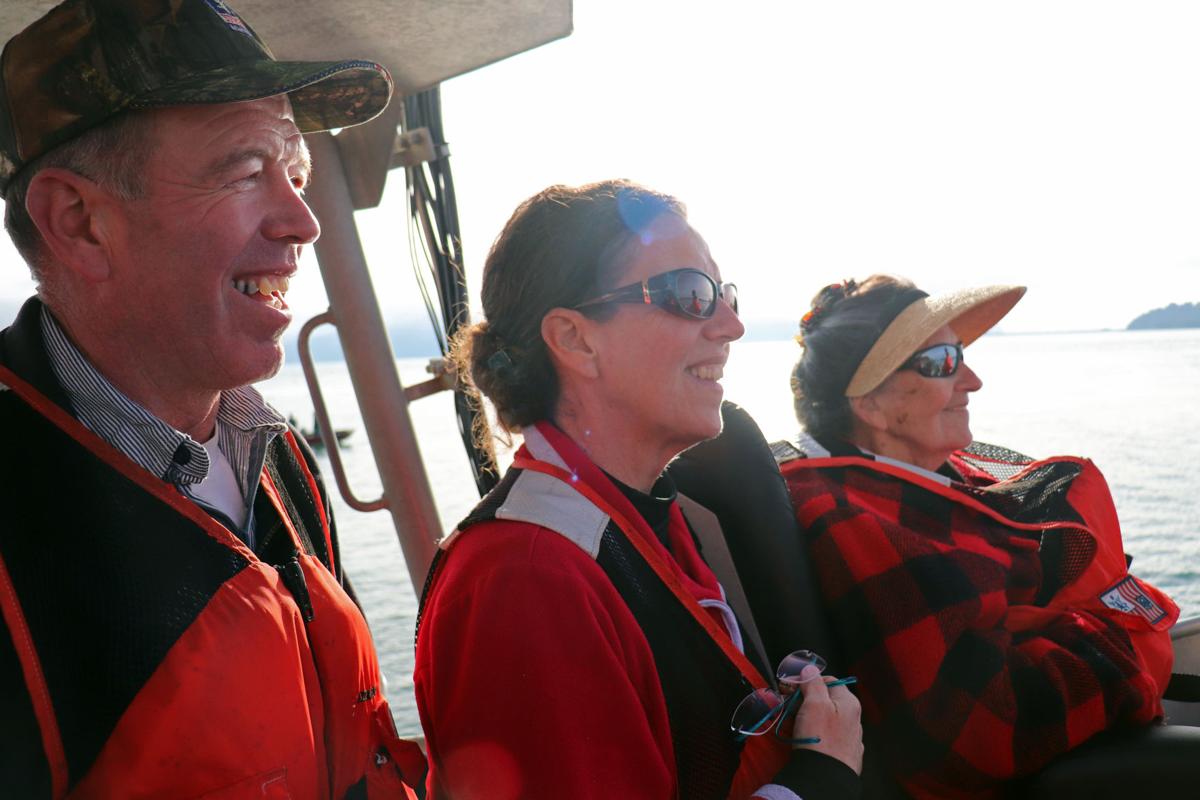 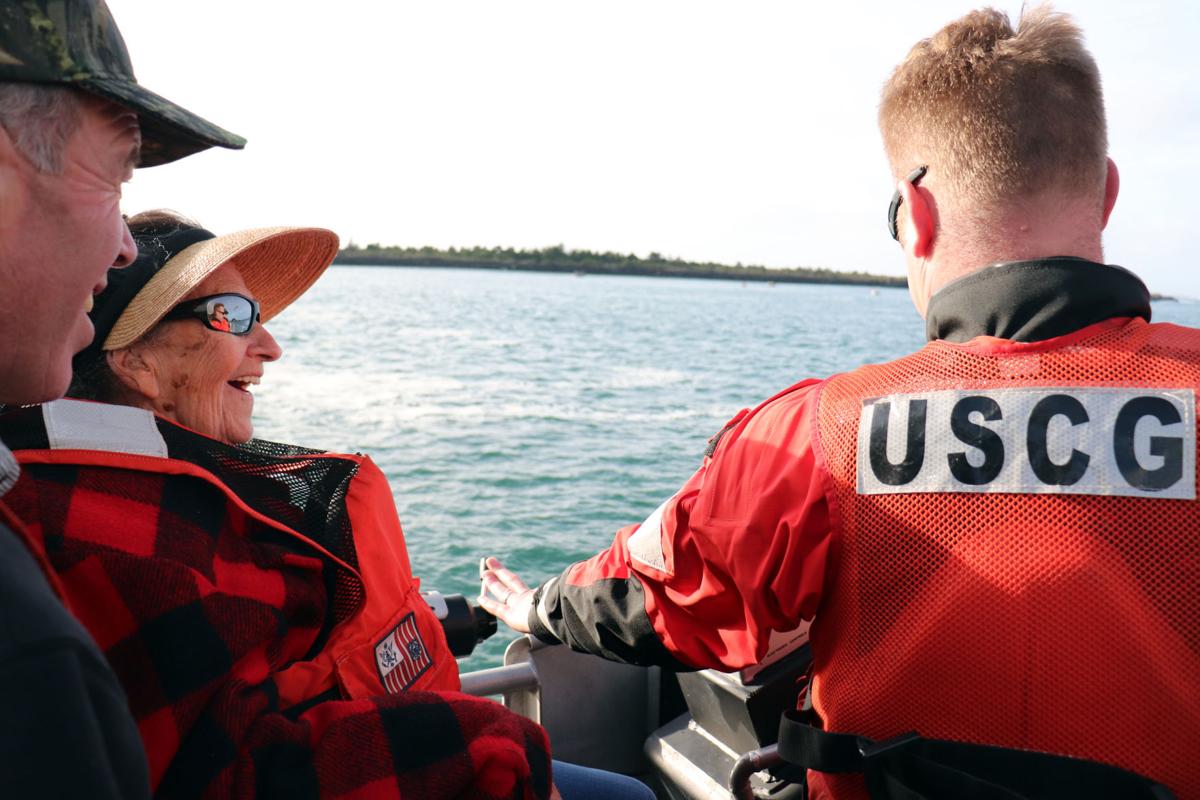 Teaching Stella how to steer the boat. 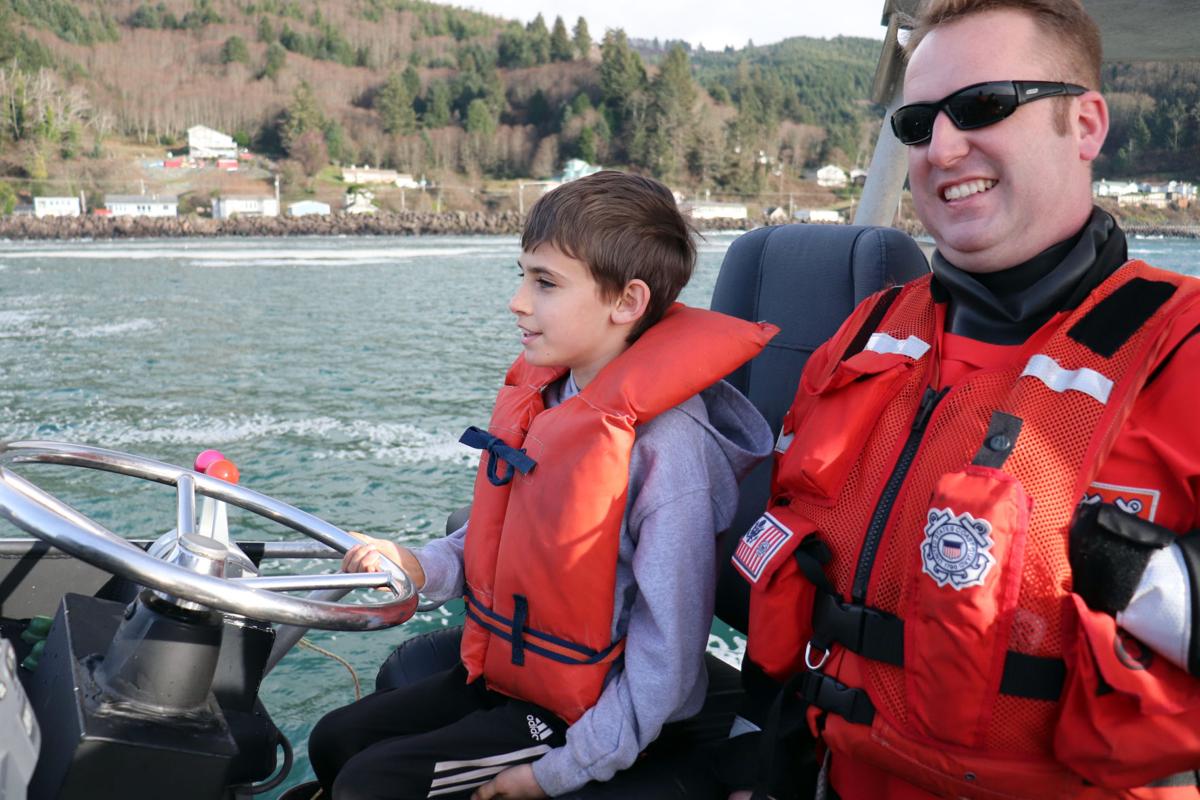 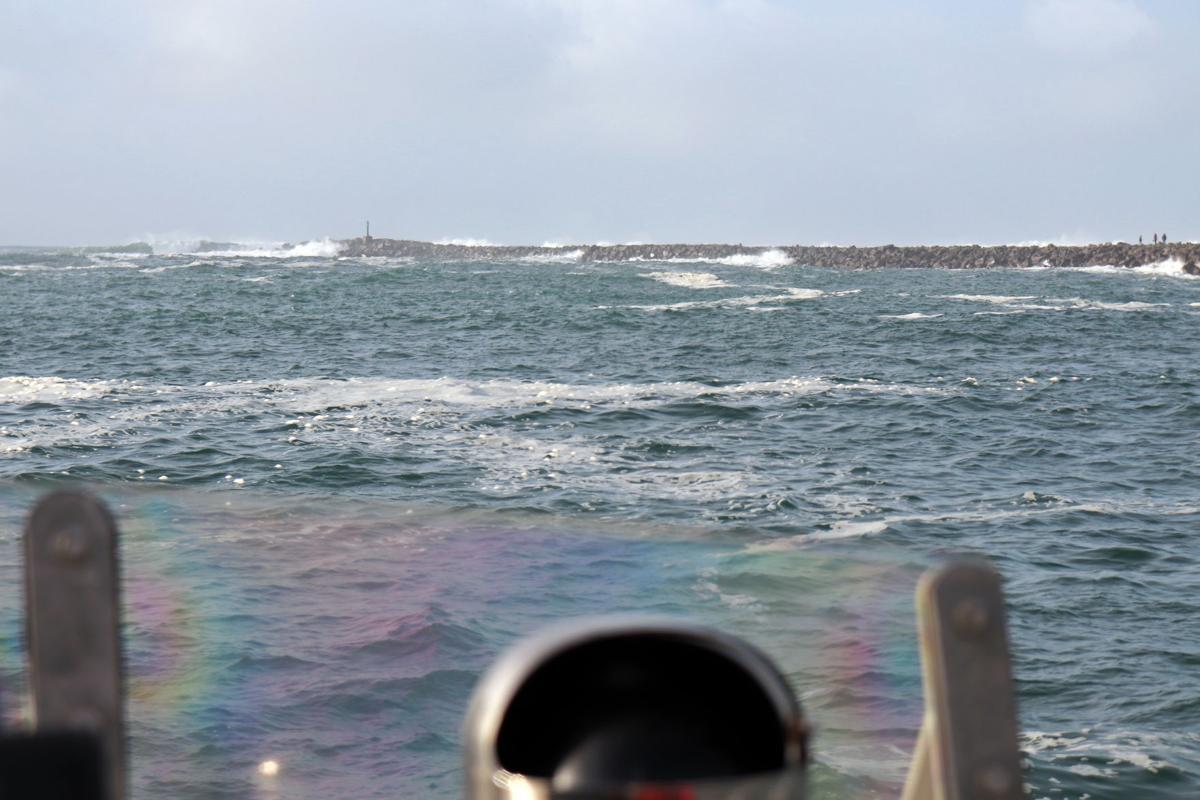 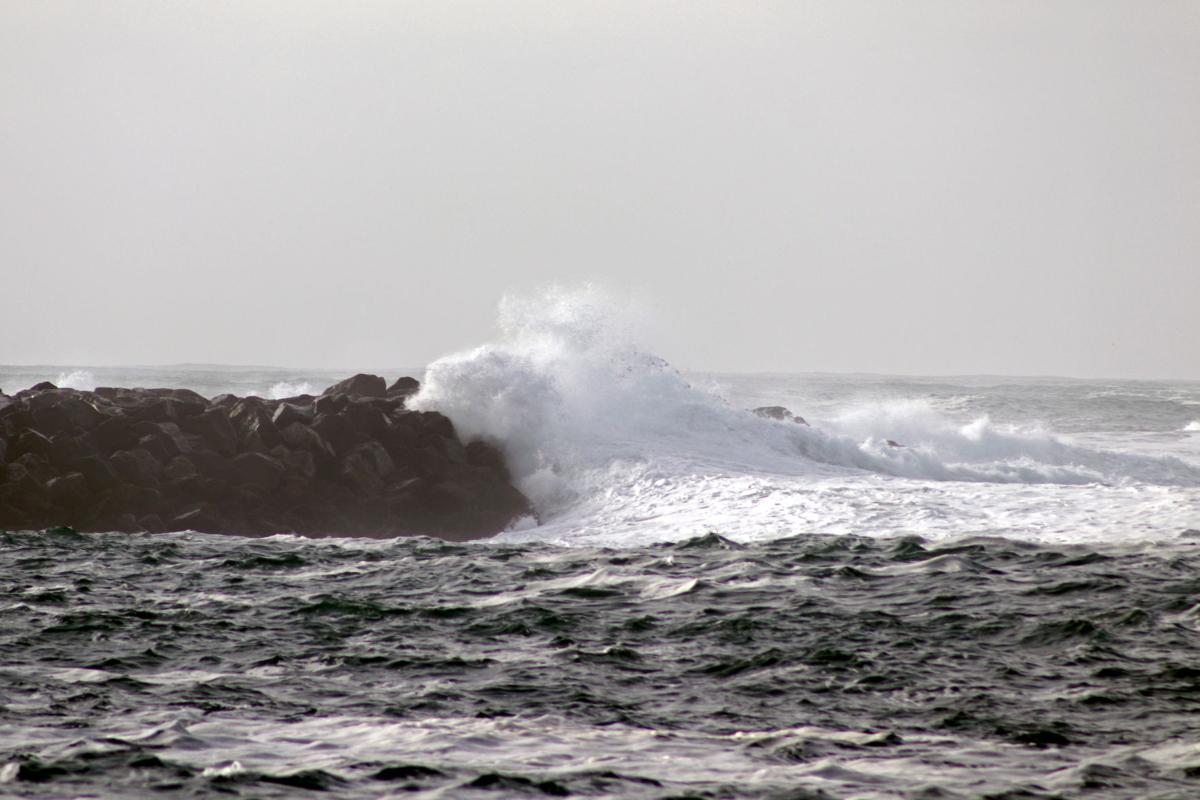 A jetty on Tillamook Bay. 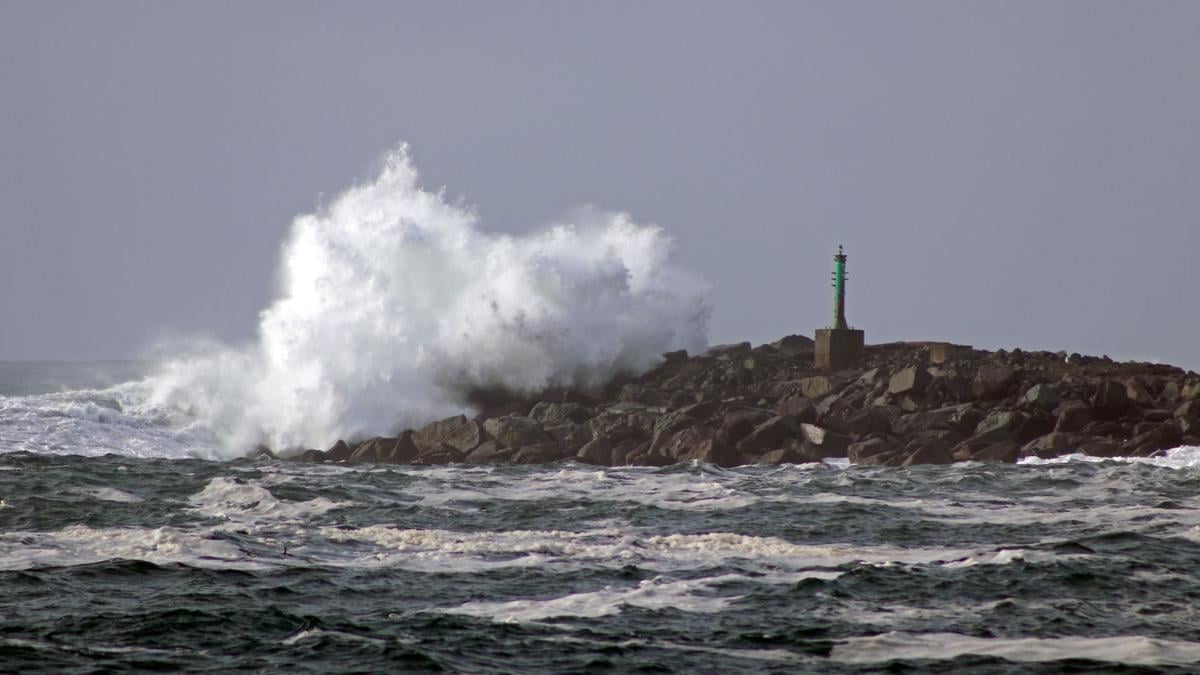 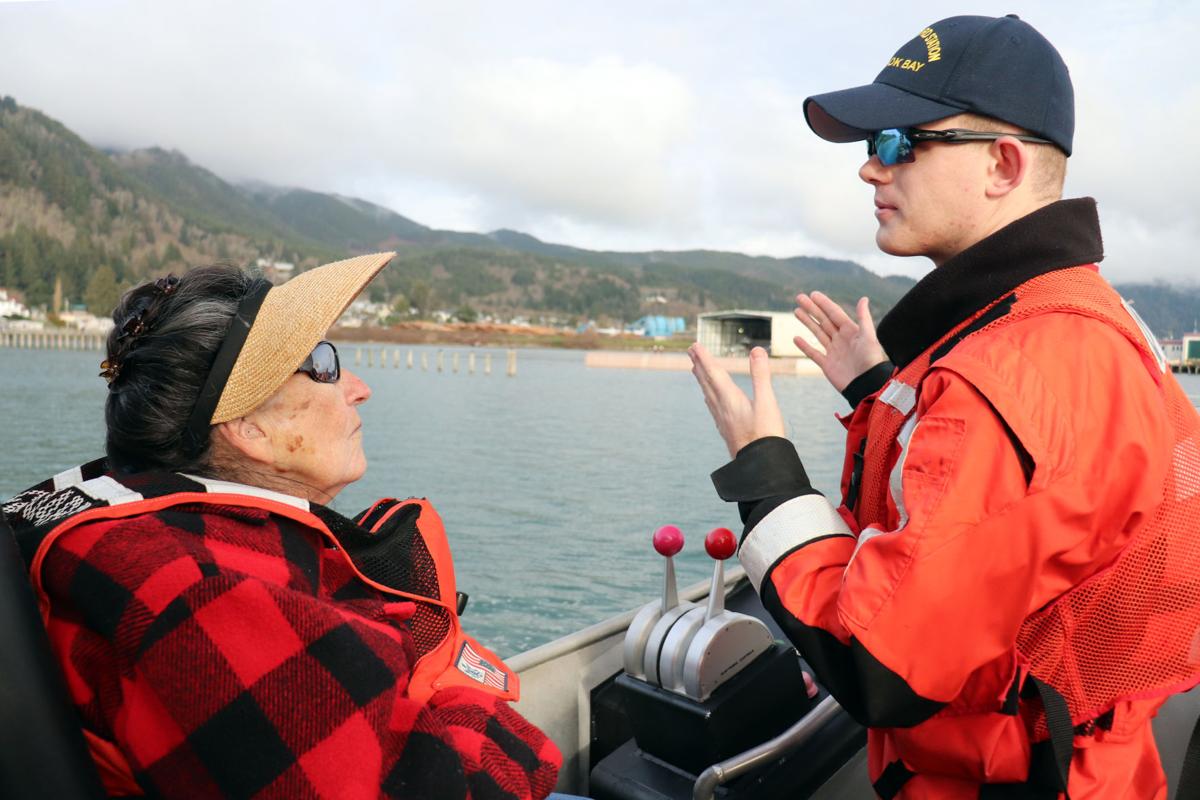 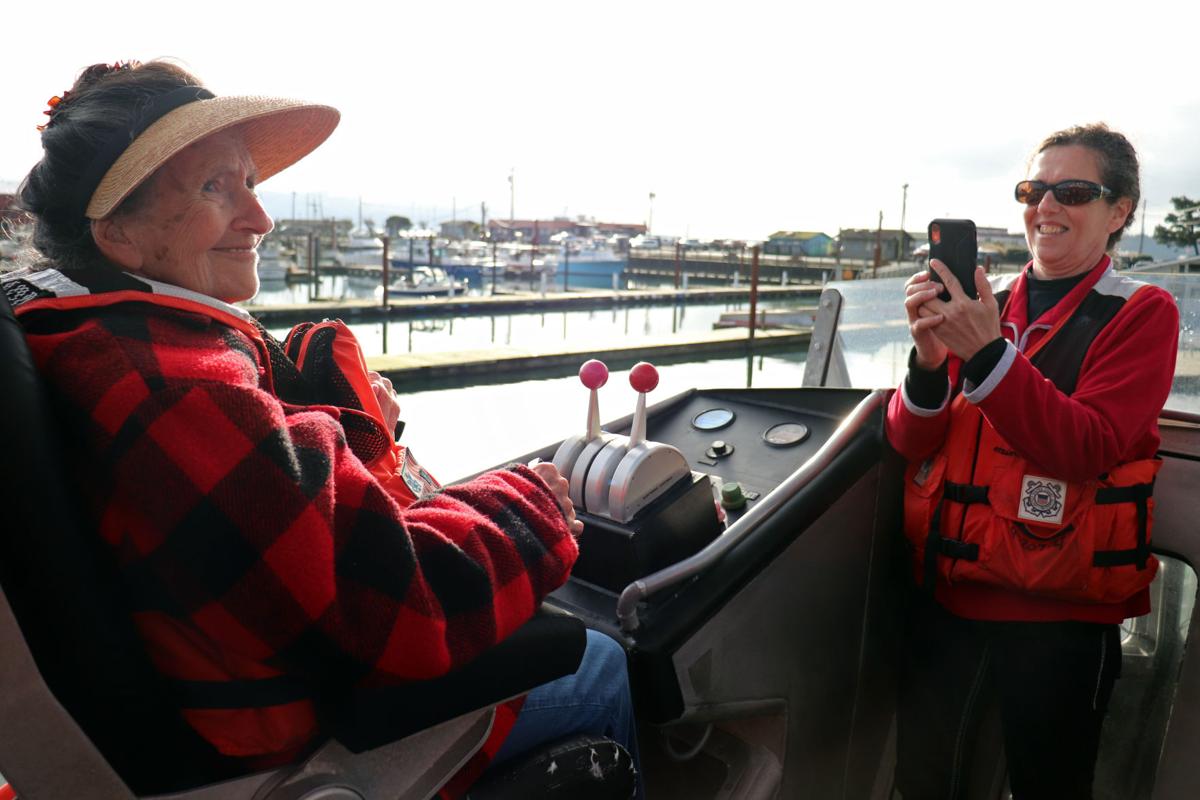 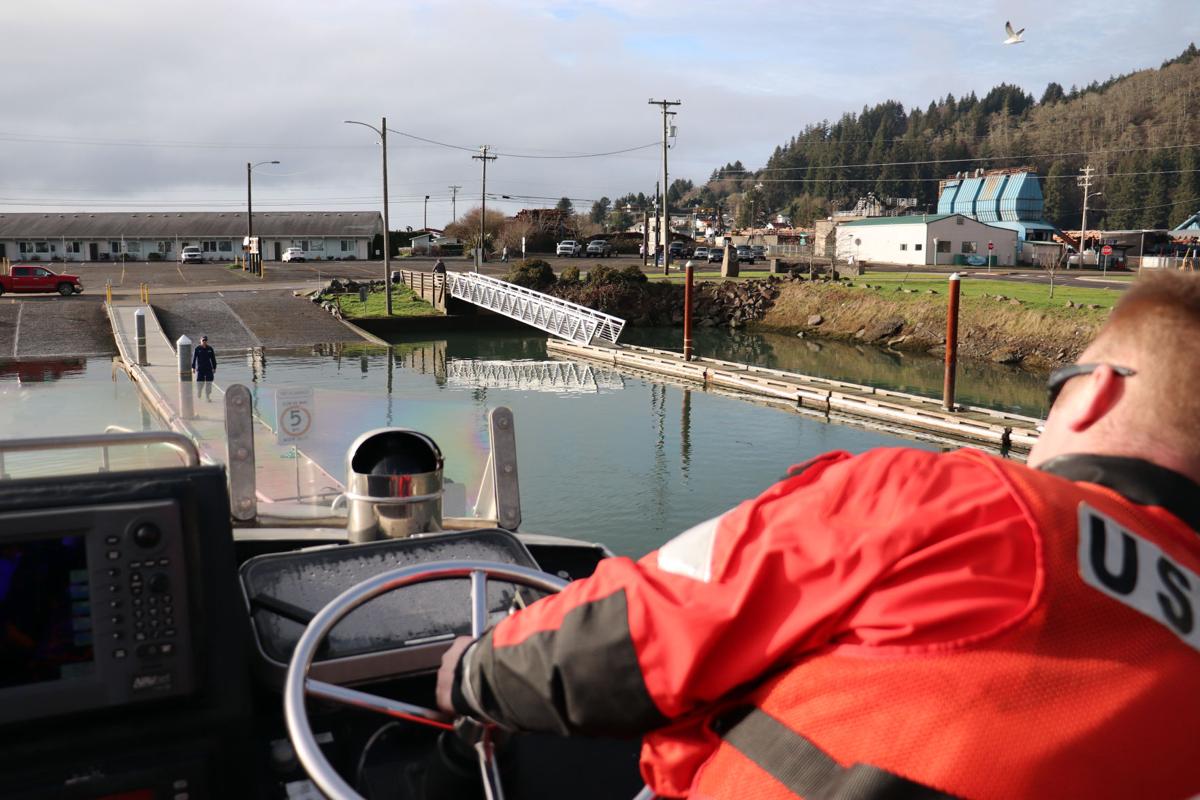 Getting aboard the boat.

Basking in the sunshine, leaving the marina.

Teaching Stella how to steer the boat.

A jetty on Tillamook Bay.

Coast Guard Station Tillamook Bay never misses a chance to help someone. This past week, a crew took 92-year-old Stella McDonald and members of her family for a boat ride. She was thrilled.

McDonald, who has been a Tillamook-area citizen for more than 65 years, along with her husband raised their children fishing in the Tillamook Bay. Her memories of good times on the water were calling to her, and she wanted to get out there at least one more time. It had been three years since she was out on the water.

Social workers at Adventist Health Home Care reached out to the Coast Guard directly with a request on McDonald’s behalf this past November. It was something Station Tillamook Bay hadn’t ever done before, meaning the path to permission had to be mapped out after the request was made.

There were concerns about McDonald’s health and mobility, but after speaking with her social worker, it was made clear to the Coast Guard that McDonald is not only mentally very sharp, she is also physically fit enough to be safe on a boat in Tillamook Bay. She doesn’t even get seasick. With that information in hand, they were ready to move forward.

The hardest part of preparing for the trip was setting a date. It’s no secret that the Oregon Coast is very unpredictable this time of year. The first voyage was scrapped because of unfavorable weather, but the next date could not have been better picked. McDonald and family strolled down to the Garibaldi Marina on a clear day under warm sunshine. Even the wind seemed to cooperate for a bit.

“It was wonderful. Everyone was so kind and so helpful, and they didn’t act like it was a chore for them,” McDonald said. “They enjoyed it, too.”

McDonald also joked that she had no idea the Coast Guard would be using such a big boat for the trip. She expected maybe a rowboat, and she’d get the oars. That probably wouldn’t have allowed for McDonald’s crew – she was accompanied by her son, daughter, a grandson and a great-grandson.

Driving the boat was Boatswain's Mate First Class Jimmy Thrall, Operations Petty Officer at Coast Guard Station Tillamook Bay. He set a destination to the Coast Guard Tower on the North Jetty, which is roughly two nautical miles from the marine, but did not require crossing the Tillamook Bar or going into the open ocean. Gentle swaying aside, it was smooth sailing.

After the trip, the McDonald family went for fish and chips, of course.

“Stella and her husband raised their kids fishing in Tillamook Bay,” Thrall said. “These fond memories inspired her idea to take one last boat ride in the bay and asking the Coast Guard to facilitate the trip seemed exciting and most importantly, safe.”

Thrall added that the best way to make requests in the future is to contact the Coast Guard Public Affairs Office.

The Tillamook High School wrestling team headed to Sweet Home to face the number one team in their state conference on Wednesday night. The Ch… Read more

Letter: Another view of the Linn County lawsuit

The Tillamook High School wrestling team headed to Sweet Home to face the number one team in their state conference on Wednesday night. The Ch… Read more

Misty Dawn Pearson-Drake-Simmons was born May 30, 1980 to Mark Pearson and Donna Eslinger in Payson, Utah. She passed away at home in Rockaway… Read more