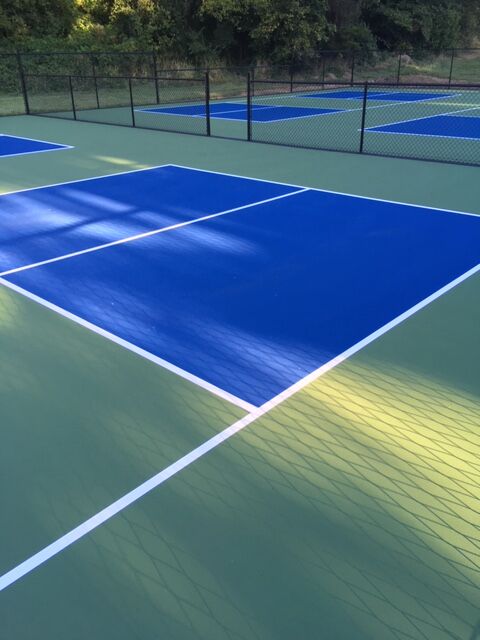 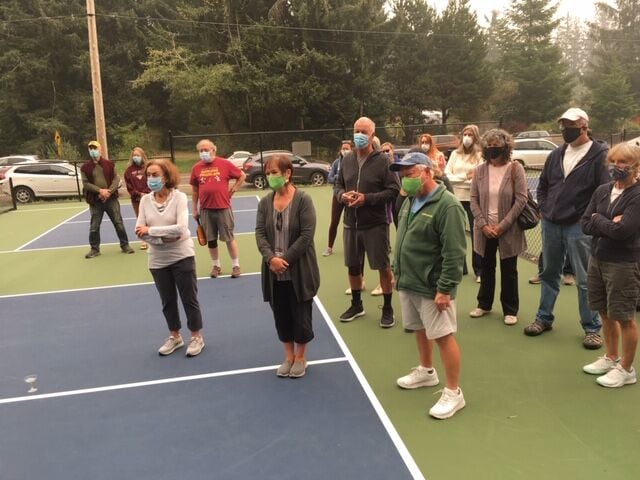 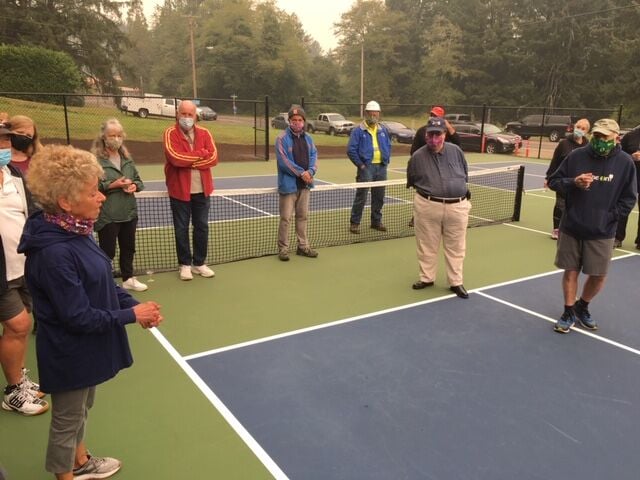 It all started in July 2017, when members of the Nehalem Bay Pickleball Club came in to talk about the possibility of building pickleball courts. Pickleball is considered to be the fastest growing sport in the country, and the representatives explained that there is only one older court in the area. Often there is a lengthy wait to be able to play because of the number of people wanting to play. It took time, but eventually a plan was developed for NCRD to apply for a grant from Oregon Parks and Recreation Department (OPRD). The club’s role was to assist by raising over $10,000 in donations and securing numerous letters of support from the community, necessary components in a successful grant application.

The OPRD grant was submitted in the spring of 2019 and was awarded last September in the amount of $73,800. The Friends of NCRD also donated $1,400 to the project, with the balance funded by NCRD. There was still of lot of work to do. Construction plans had to be completed, and Brittell Architecture (with Jim Fanjoy in Nehalem) was hired to design the courts. First, we had to have the NCRD property on 7th street surveyed. Then we had a geotechnical survey completed because of the low elevation of the land. Eventually it was determined that construction of the courts was feasible.

The project was advertised locally and statewide. The low bidder was Bob McEwan Construction in Gearhart. A groundbreaking ceremony was held on May 29th, with many community members in attendance, and excavation started the following Monday.

The courts are open for use by the general public at no charge. The courts may be reserved for specific times for a small fee. NCRD appreciates the support from the Nehalem Bay Pickleball Club, the Friends of NCRD, Oregon Parks and Recreation Department, and the City of Nehalem for making this project a reality.

Letter: Please listen to us

Letter: Principles or not?

Regina Marie Daughn passed away peacefully at Tillamook Regional Medical Center during the early morning hours of Wednesday, Oct. 7. The cause… Read more

Letter: Please listen to us

Letter: Principles or not?