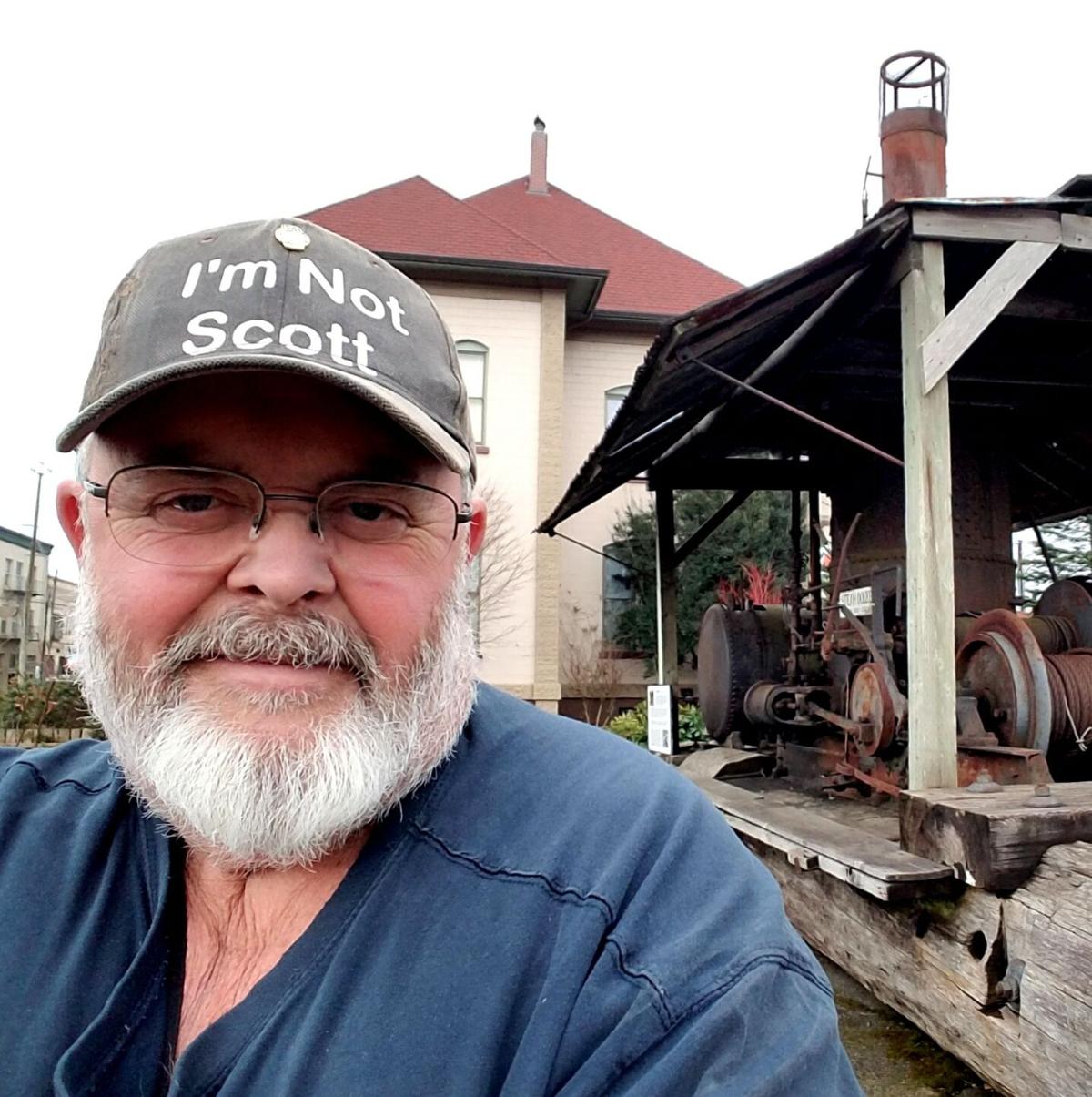 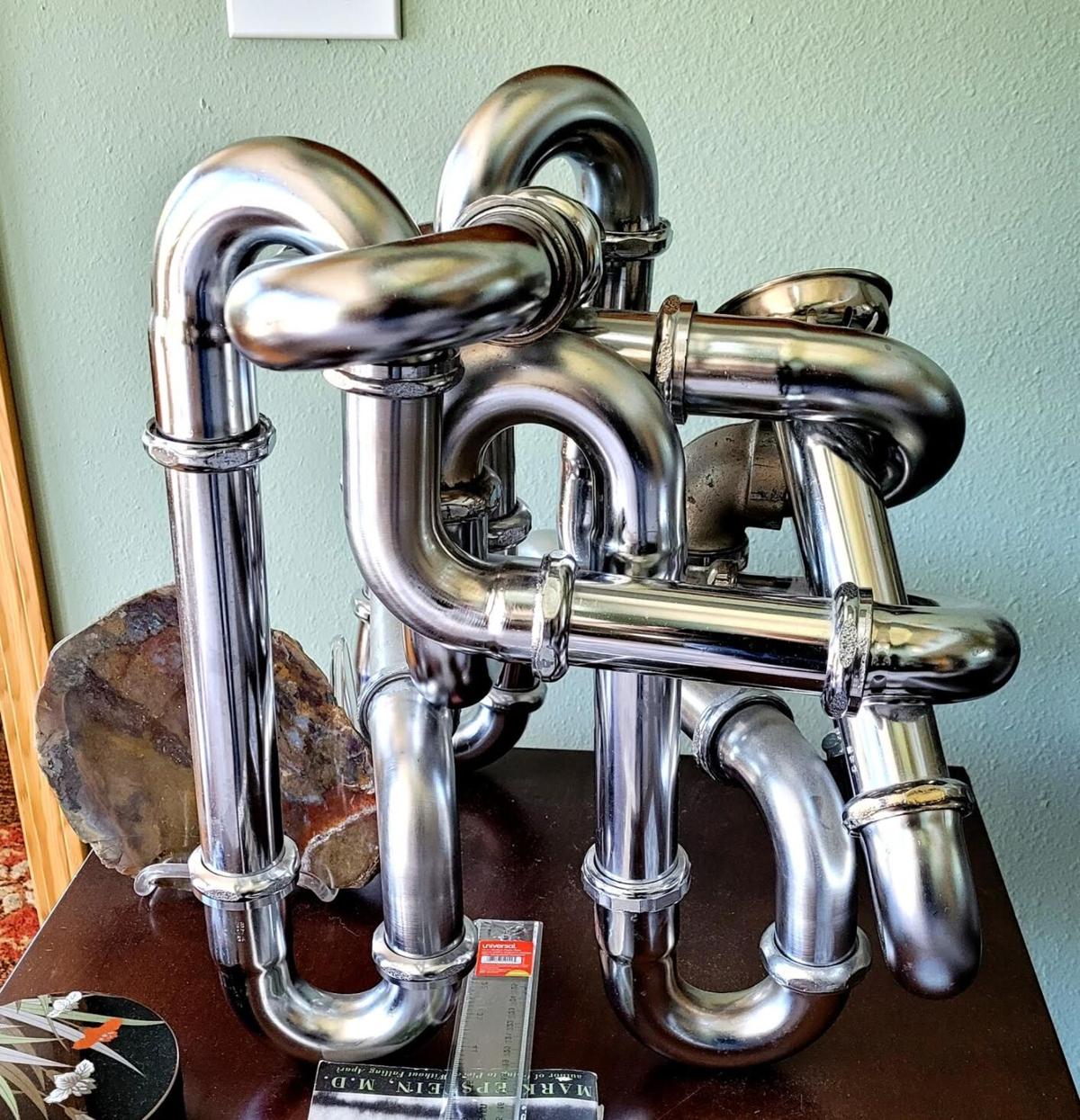 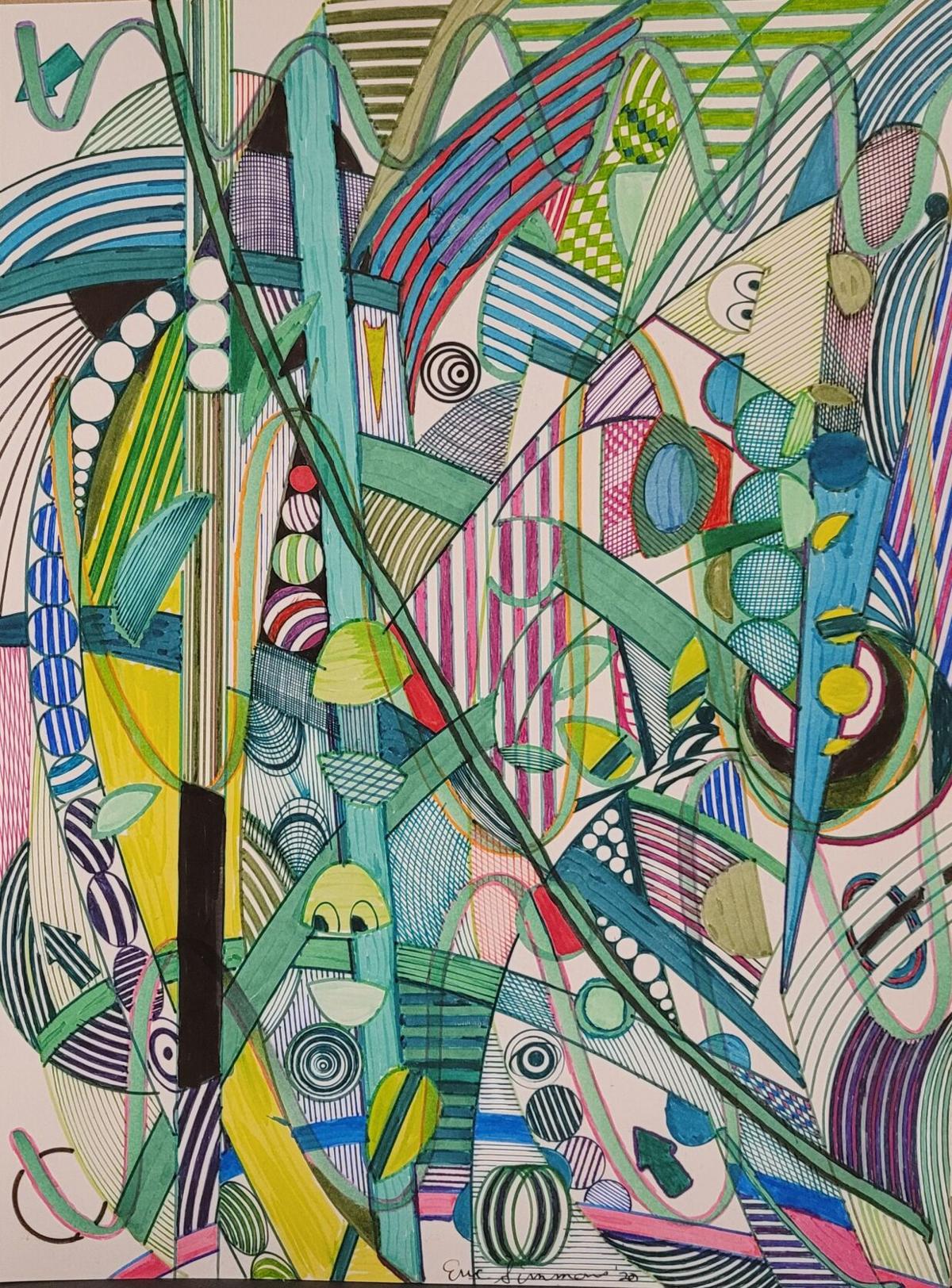 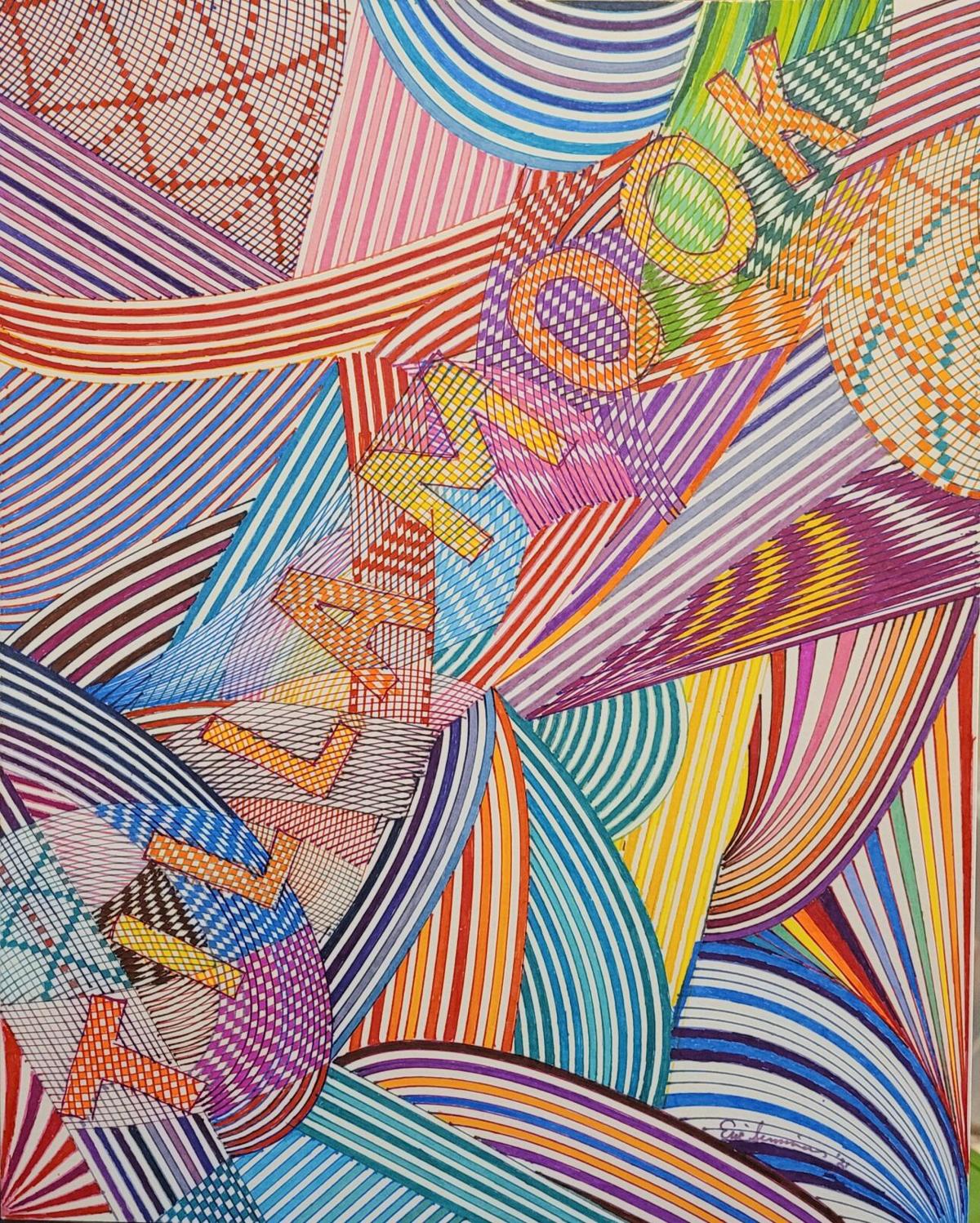 He is the fourth generation family member to live near the original homestead which was received in 1878.

“The Simmons family came to Tillamook County around 1868 and my grandfather was born in a community south of Tillamook in the area called Hemlock in 1870,” Simmons said. “My dad, Wesley, was born in Tillamook in 1915.”

Both of Simmons’ parents were involved in the Tillamook Count Pioneer Association and Museum, as he has been for 25 years.

Simmons worked for Mekkers & Redmer Plumbing from 1971 to 1979, and subsequently purchased the business. He kept it operational in Tillamook until 1995. Simmons then went to work for the City of Hillsboro as a plumbing inspector, commuting daily until January of 2014 when he retired.

Several years into retirement, he became interested in art.

“I use pen and ink mostly, but also enjoy just drawing with pencil,” Simmons said. “Earlier, I used old objects to create other types of art.”

Simmons is not the first in the family to have an artistic avenue.

“My mom, Donna, was quite artistic and was a charter member of the Tillamook County Art Association,” said Simmons.

Simmons’ art, as well as other artists, can be seen during Art Accelerated’s monthly ArtWalk in downtown Tillamook.

July’s ArtWalk will be held July 24 from 1-3 pm. Tillamook downtown businesses will host various artists. To see a complete list of artists and locations, visit artaccelerated.org.

Question for the author -

The article notes that the original homestead was received in 1878. The Oregon Donation Land Law ended in 1855; do you know who the land came from and how it ended up being given in this case? Thank you.